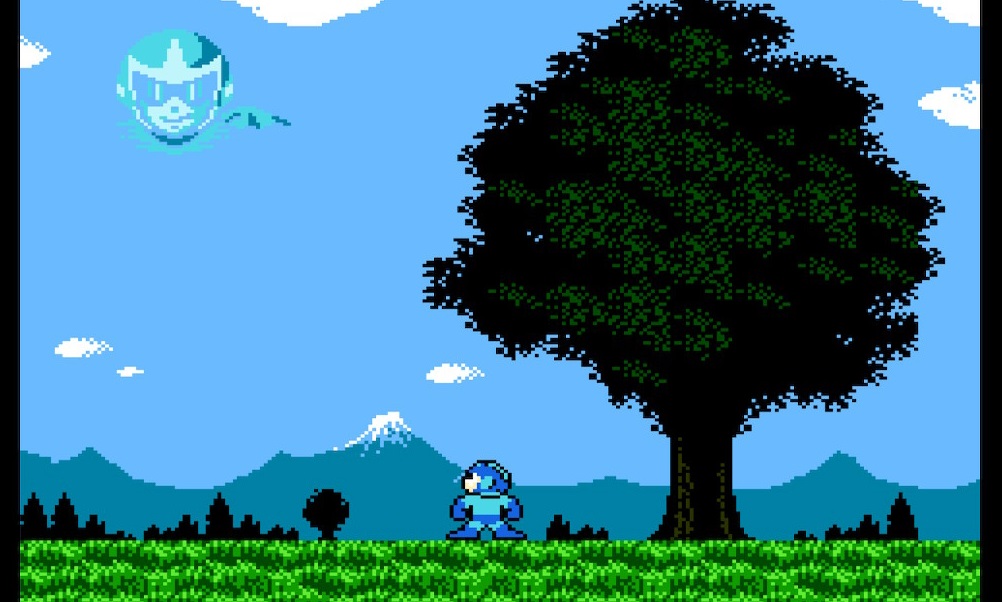 Over time, Mega Man 2 has been proven to be the most influential Mega Man game of all time. That doesn’t mean that its successors didn’t contribute a great amount to the series. The Mega Man we know and love has yet to be fully realized, as Capcom was only ankle-deep in the puddle of the blue bomber’s world.

Mega Man 3 makes a few subtle, and one less-subtle, changes to the formula, and all of them are more than welcome. However, this hasn’t stopped Mega Man 3 and Mega Man 2 from going head-to-head in rankings for the best original-series Mega Man game. Much like the Super Mario Bros. 3 vs. Super Mario World debate, Mega Man 2 and Mega Man 3 will be in a heated battle for all time, but that is for a very good reason

You’re out of your Elements, Mega Bro (Story)

After the events of Mega Man 2, Dr. Wily promises he’s a changed man and wants to team up with Dr. Light to develop a giant “peace-keeping” robot named Gamma. Even after creating a robot that had saved the world twice, it’s always been Dr. Light’s lifelong dream to create a giant robot intended to serve world peace. In order to complete this giant robot, the two scientists needed eight “energy elements” that were scattered among 8 uncharted planets.

After sending robots to mine for these elements, the eight newest Robot Masters created by both Dr. Light and Dr. Wily go crazy. As Dr. Light needs these elements to finish his greatest creation, he sends Mega Man and Rush to these planets to retrieve the elements.

However, the retrieval of the elements and destruction of the Robot Masters does not go interrupted. During his mission, a mysterious figure under the alias of Break Man appears several times, challenging Mega Man. After all eight elements are acquired, Dr. Wily steals Gamma and plans to use him to conquer the world, much to everyone’s surprise.

Mega Man storms Wily Castle and takes out the giant robot known as Gamma being controlled by Dr. Wily, causing the fortress to collapse. As the rubble comes down, both Mega Man and Dr. Wily are buried by debris. Before he meets an untimely demise, “Break Man,” who has now been revealed to be Mega Man’s brother, Proto Man, appears to save Mega Man, leaving Dr. Wily behind. After the tower collapses, Dr. Wily’s UFO is seen flying away in the distance, hinting that the mad scientist has survived.

The most obvious change in Mega Man 3 is surprising when you think about the context of his trademark abilities. While having the ability to charge his buster may be one of the most memorable skills, sliding was actually introduced before that. Mega Man 3 not only introduces players to the sliding mechanic, but they throw it at players in every way to ensure that they understand this new and interesting idea.

Lacking an ability to duck, Mega Man had an issue where shots with even a small amount of space underneath them had to be jumped over. Now, he can slide underneath them, as well as through narrow passage ways.

Sliding isn’t the only permanent addition to the series. Mega Man 3 also includes the first appearances of the dog-like robot, Rush, and Mega Man’s brother, Proto Man. Rush serves as a replacement for the numbered items in Mega Man 2, with Rush Coil and Rush Jet making their first appearances as what will soon be the most-returning helpful items in the series.

Proto Man, however, has a more mysterious role. Throughout the game, there will be certain parts of the level where his “whistle” will be played. At that point, he’ll appear in front of Mega Man and challenge him to a quick duel. These fights are all similar to each other, but it feels like a complete 1-on-1 battle with someone with equal abilities. Proto Man’s appearance coincides with the addition of cutscenes with dialog mid-game. Instead of the story being subtle and told through gameplay, the stories from here on out will be more direct, often involving Mega Man talking to Dr. Light in his lab. The addition of these two characters helps round out Mega Man’s world, and they’ll also be the last major additions to the cast for some time.

Finally, Mega Man 3 has a unique twist after beating all eight robot masters. Upon completion of these eight levels, four new levels appear in the corner Robot Masters’ spaces. These levels take place in the respective robot master’s stages, but the layouts have been completely transformed to be more challenging. At two points of the stage, halfway and at the end, there will be a boss that plays like one of the bosses from Mega Man 2. These levels are challenging, and serve as a prelude to the final levels at Wily’s castle.

How it Holds Up

Mega Man 3 is surprising. While you’re hear more about Mega Man 2 outside of the inner-circle of the series, Mega Man 3 isn’t given enough credit for its level design. While sliding is a completely new mechanic, the game does a good job of teaching the you how to utilize it without having anyone else in the game say a single thing. In addition, the special powers feel more useful as there are more situations design to specifically use these powers to your advantage.

For example, during Top Man’s stage are these enemies that like to shoot tops through a path on the stage. If you have Search Snake, you can actually use these slimy friends to take out the tops on the path and easily take out the enemies there.

Mega Man 3 does away with cheap deaths as well. When enemies came out of pits, I saw them coming ahead of time, giving myself to prepare for the next one to pop up. There is also a lack of invisible platforms to lead to an unfair death. There are, of course, still sections with spike wall paths as you move downward on certain stages, but these are completely manageable.

But, there is a sense of incompleteness with Mega Man 3. At the beginning of the second game, we’re giving an informative opening about the premise of the game. This time, the music starts its intro phase and immediately goes on to the title screen, even after the theme’s tempo increases. It feels like there should have been an intro sequence there, but for whatever reason it wasn’t implemented.

This makes things even more confusing when the 10 stages preceding the Wily stages are completed. Dr. Light talks about Wily stealing several elements, but how is the average player supposed to know what the hell he’s talking about? The only way to get this information is if they read it from the manual.

Snake Man’s stage is easily one of my favorite stages in the series. Unlike some of the other stages in the game, Snake Man keeps the entire snake motif throughout. The enemies are snake-like, the mid-bosses are giant snakes, and even the floor appears to have snake scales. Snake Man himself looks like a normal man wearing a silly snake costume, which makes him feel more like a snake fanatic than a “snake man.”

The Search Snake may not be the most useful special weapon, but it is effective for specific points of the game such as Top Man’s. Instead of disappearing when running into a wall, the Search Snake climbs up steps searching for an enemy to… snake at. This means that the big top guys in Top Man’s stage can easily be outmaneuvered by this weapon.

Even the clouded section of the stage is well done. The rising clouded platforms are originally shown off in a controlled environment, before enemies are slowly added in. The main enemy is a two-phase fly robot that looks like a cloud until it is first hit, but then darts off in one direction. They are easy to figure out, and any time they run into you is almost certainly because of your negligence of preparing for them.

The fight against Snake Man himself isn’t anything fancy, but he lacks the annoying or cheap moves that several of the other robot masters in Mega Man 3 have. During his fight, he’ll run towards you and occasionally jump into the air, sending out mildly effective search snakes on the ground. He’s not difficult to beat, but the player is given a good introduction to his weapon before even having a chance to use it.

Like many of these “Worst Robot Masters,” Top Man’s stage itself isn’t too terrible. There are enemies that appear throughout that can’t be hit until they finish their “setting up” phase, which can be annoying if it weren’t so easy to walk past them. The worst part about the stage is how out of place everything feels.

The main mini boss throughout the level is a large cat named Tama. This cat clashes with the background and it’s hard to justify how it fits with the Top Man theme. The first time you’re introduced to this mid-boss is also frustrating, as you’re stuck in a small corridor with bouncing yarn balls with little room to jump.

The fight against Top Man isn’t too terrible. He will throw three tops that lock onto your location, then spin around wildly on the ground and dash towards you. This twirling attack is frustrating and easy to avoid as you are unable to damage Top Man while he is doing this, but he moves fairly slowly.

But what makes Top Man the worst is easily his special weapon. The Top Spin can only be activated in the air and is incredibly finicky. In the air, when activated, Mega Man spins in place for one turn before waiting for you to hit the button to have him spin again. The meter for how this power is trained is entirely dependent on what you hit and for how long. This means that if you use the Top Spin against any boss, you will only be able to use it two or three times before you’ve run out of meter.

The choice to have this power only work in the air is confusing as Top Man is clearly shown using this spin from the ground during the fight. It could have easily been a ground attack as well, but that opportunity was lost and an unbearable special weapon is found.

Mega Man 3 deserves its place next to Mega Man 2 as one of the greatest Mega Man games. With a major exception to the Top Spin, each special weapon is fun to use and the game gives players plenty of opportunities to use these abilities to their advantage.

As far as base abilities go, Mega Man still hasn’t reached his full potential. There is one important ability that he is missing, but thankfully it’s not far away. However, we won’t be able to talk about that until we charge into Mega Man 4.