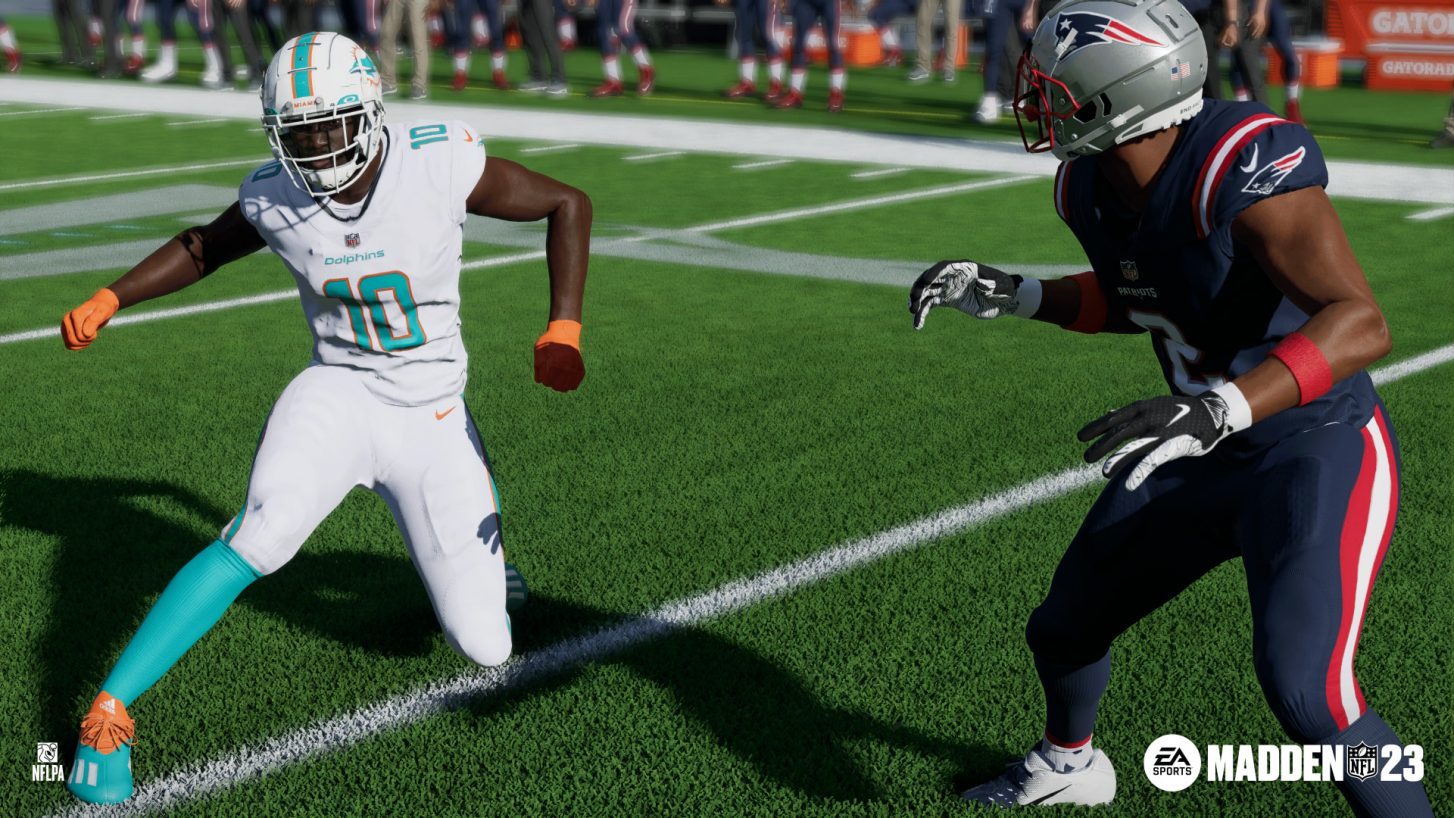 With Madden 23 around the corner, I was given the opportunity to try out the Closed Beta for the game. This included Play Now and H2H, or Head to Head. Play Now was my go-to for the Closed Beta since I play mostly Franchise Mode for Madden games. For the most part this beta knew what it was. EA’s team did a good job giving us a list at the very beginning of what is still being tweaked and worked on. This made my job a lot easier because I could simply focus on some of the new elements of the game. In the words of Kirk Cousins, “You like that?!” Well, yes Kirk, I’m a fan of what I have seen so far.

First, I’m very excited about John Madden gracing the cover of Madden 23, I feel like it’s the least they could do given how much Coach Madden gave to the game of football and his namesake of a game. He’s on the main screen and will be featured throughout the game in Ultimate Team and more. 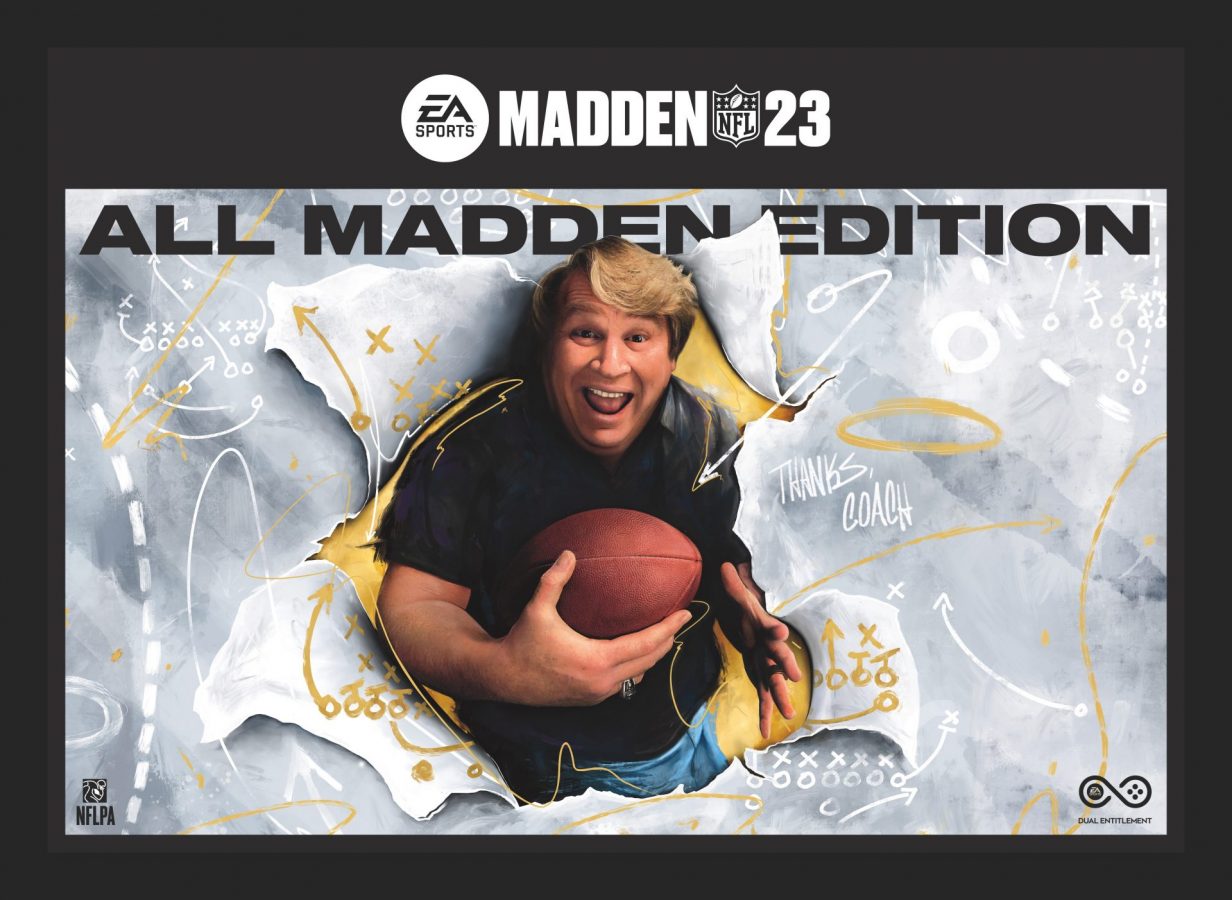 I played six full games. Two as my favorite team the Miami Dolphins (yes, I know we’ve sucked for a long time), followed up by the Packers, Panthers, Chiefs, and Rams. Something I quickly noticed was the skill-based passing mechanics, showcasing the angle of the football and more. It was interesting seeing the mechanics with the different types of quarterbacks. Tagovailoa relied more on the accuracy of the ball, while Matthew Stafford and Patrick Mahomes seemingly relied more on the speed in which the ball got to the receiver. I also enjoyed just how fast Madden 23 seems to be. On the first play from scrimmage I threw the ball downfield from Tua Tagovailoa to Tyreek Hill and his speed beating the cornerback was just impressive to see (and yes Dolphins’ fans, Tua CAN throw the ball downfield in Madden 23, don’t worry). FieldSense is looking like a great addition to the Madden Franchise.

Running backs are currently being worked on, and you could tell why. They kept getting stuck on the linemen, but again, this was something EA told us to be aware it’s being fixed. Tight Ends are also being worked on, especially in the flats. There were multiple occasions of a Tight End catching a ball for a gain of one yard and just running out of bounds. This, again, was something EA told us is being fixed. 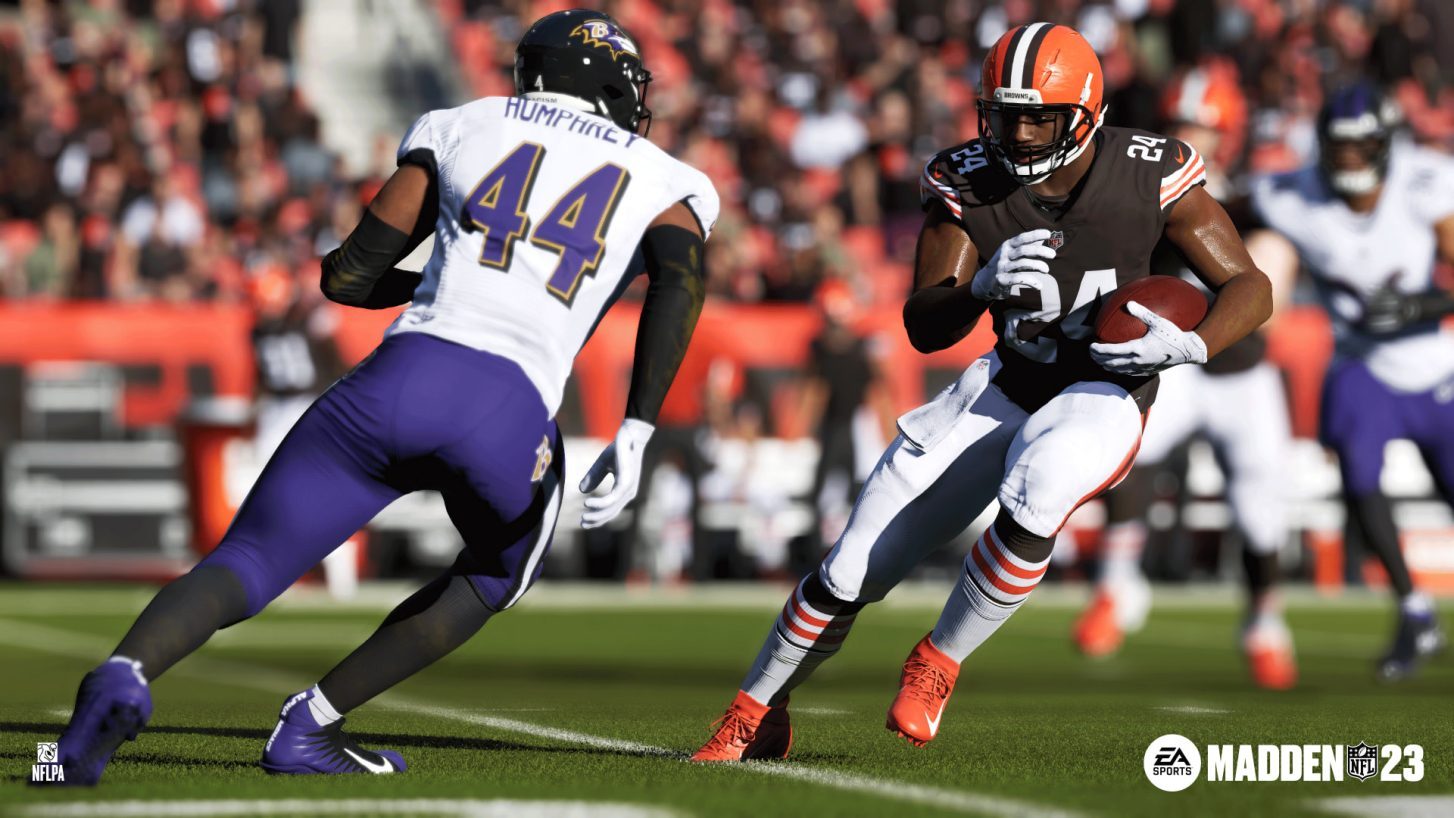 Another way Madden 23 is fast is just the load times. I never waited more than three seconds for the game to start. Which, in my opinion, is a huge thing. Especially for offline play. The main screen and team options have a new look. Giving it more of a classic 2008-2012 era Madden feel, which I quite enjoyed. Beyond that, they added a cool graphic whenever a player scores with their name included. This makes the touchdowns feel more like watching a real game to me, which is good for a simulation game.

Beyond that, I see a lot of hope for Madden 23. With an effort towards making Franchise better than it has been in a while, they’re working on making Franchise free-agency more realistic, adding even more to scouting, and hopefully; this can be the best Franchise mode since Madden 11.

Adam is a musician and gamer who loves his partner in crime, Regan, and their two pets Rey and Finn. Adam is a fan of Star Wars, NFL Football, and gaming in general. Follow Adam on Twitter @TheRexTano.
Related Articles: Madden NFL 23
Share
Tweet
Share
Submit