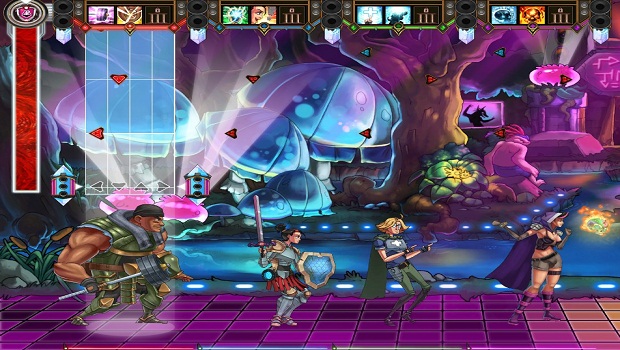 Released in July, Quicktequila’s Lovely Planet Arcade is a quirky FPS that challenges players to shoot snowmen-looking creatures and dodge bullets in order to reach the exit. Our review stated that it “mixes adorable graphics with addictive action and a great soundtrack.” We interviewed Vidhvat Madan, developer and owner of Quicktequila, to talk about Arcade as well as why difficulty is important in games.

Gaming Trend (GT): So Lovely Planet Arcade looks similar to its predecessor but controls way differently. What were your inspirations for this title?
Vidhvat Madan (VM): Lovely Planet simplified the modern first person shooter game. Lovely Planet goes further back to titles like Doom and Wolfenstein. I wanted to explore another twist to the traditional shooter game; Arcade was built with that idea in mind.

GT: The snowmen-looking enemies are pretty cute even though they were pretty much out to murder me. Do they have an official name?
VM: I have a strict no-names policy. Inside the code of the game they have names though: in Arcade they’re called simply “Enemy”, whereas in the first game, the small red cubes were called “Dudes”. I don’t name the things to let players get creative and put their own quirky labels on everything they see inside the game.

GT: Speaking of controls, I had a love/hate relationship with the limited control scheme. Were there any difficulties transitioning to this control style?
VM: I knew from the start it was going to be a completely different game. Starting from a clean slate made it easier for me to add fresh traps and enemies to the game without the baggage of the last one. If you jump into Arcade expecting the freedom of movement from the first game, it definitely comes as a complete shock.

GT: I liked the minimalistic blocky style that’s in Lovely Planet Arcade. Was this the look you wanted from the get-go, or were there any other alternate designs you planned for the game?
VM: I like simple, clean and minimal graphics, not only because they are nice to look at, but also because they make it easier for players to read the playing field. There’s no noise or clutter that stands in the way. The art style was decided and set in stone very early in development. I picked from a few palettes that looked interesting, some looked too much like the first game so I decided on this one – the white floor instead of the green one makes it feel like you’re indoors. Here, you get the feeling you’re in a shooting gallery, unlike the last game where you were definitely out in the open.

GT: If there’s one thing I really love about this game, it’s the soundtrack. It seems like every act (group of levels) has a unique tune that heightens the action. How’d you come up with the music for each act?

VM: It would’ve been easier for us to just redo the music like in the last game, but we decided to change things up once more with the music as well. The fast and upbeat music of the first game is replaced this time with wacky jingles that fit right in with the slower puzzle-like gameplay. Calum Bowen, the composer of the game’s soundtrack, mastered these tunes after he’d gotten a feel for how each act played differently and put his own unique twist in the soundtrack. I really like how the last act changes things around with the sounds.

GT: The game’s tough but fair; it regularly took me upwards of a dozen tries to get through some levels. I know a lot of games pride themselves on their difficulty, but how do you think difficulty balances with enjoyment of a game? (Should a game be hard or easy in order to be fun?)
VM: I could go on for hours about this because it’s a topic that flirts with the fundamentals of how we play and why we enjoy games. To put it simply, I personally feel that difficulty has little to do with the enjoyment you get from playing a game – you enjoy a game if it’s interesting. Difficulty has to serve a purpose, if it doesn’t then it doesn’t belong in the game. Lovely Planet Arcade is not a difficult game – you die a dozen times not because you aren’t good enough or because the game is hard. You die so often because that’s the only way the game knows to teach you how to get better at it. Arcade really cemented that fact by introducing the obviously “unfair” invisible enemies in Act 3. To some extent yes, your FPS 360-no-scope skills are put to a test, but if you can’t remember where the next bomb goes off, there’s no way you’re getting to the end of the level.

GT: Are there any last words you might want to give regarding future projects or news? Maybe some words of wisdom or music recommendations?
VM: I’m firing on all cylinders to get my next game to a point where I can start talking about it. I shouldn’t be long. Unlike with Lovely Planet Arcade, I plan on being more transparent and open about what I’m working on.