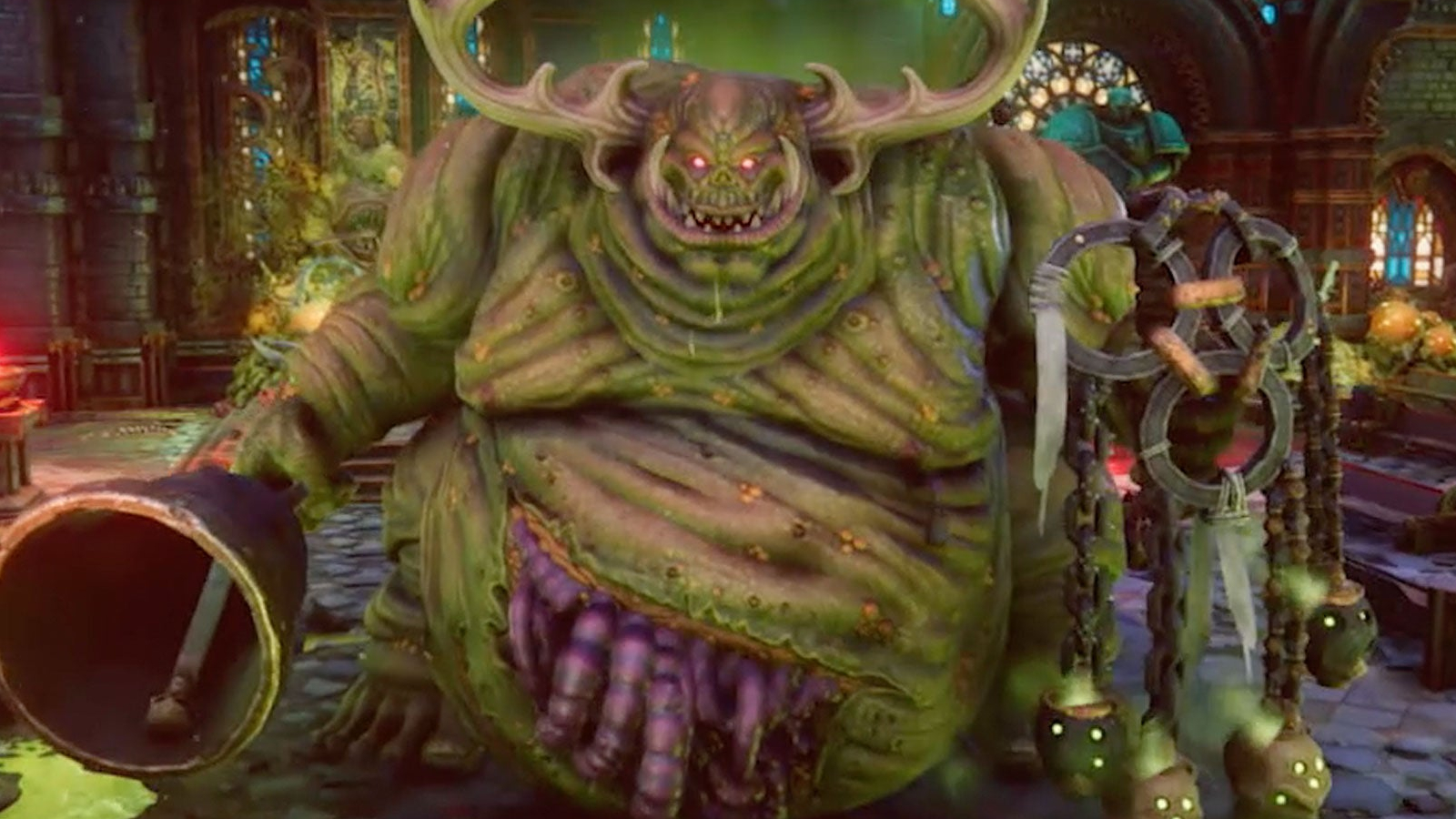 We enjoyed Warhammer 40,000 Chaos Gate – Daemonhunters quite a bit, as you can see in that review, but the expansion pack managed to absolutely knock it out of the park.  I had high praise indeed for the addition of the Venerable Dreadnought, and the addition of some awesome new gameplay elements that fold seamlessly into the game from the start.  You’ll find our review was fairly glowing.  We also got the opportunity to sit down with Noah Decter-Jackson, Head of Studio and Game Director at Complex Games, and specifically for Warhammer 40,000 Chaos Gate – Daemonhunters to talk about balance, worldbuilding, and how the team brought Daemonhunters to life.  By the Emperor, it’s time for me to shut up and get to the interview already!

1. Warhammer 40,000 Chaos Gate – Daemonhunters is a hugely ambitious title, but let’s be honest — it swims in a very large pool of other Warhammer games. How did the team set out to make this one stand out amid a very crowded field?

It was more about realizing our creative goals rather than comparisons to other games. We set out to create a Warhammer 40,000 experience with a real sense of stakes, where the threat to you is real and relevant to the actual people you talk to and engage with in that world, and that tells a great story in that universe. I feel like we achieved that. I didn’t want Chaos Gate – Daemonhunters to just be a game where you move pieces around, but where you have an actual motivation to move from challenge-to-challenge, to feel a bit of the incredible odds and scale that is the hallmark of 40k’s dystopian universe.

2. You might have noticed, but…uh…there are a few factions in the Warhammer 40,000 universe. Why the Grey Knights and their fight against the Chaos God of Plague and Disease? Is it because your artists had too much fun making absolutely disgusting slit-bellied monsters?

We started creating the core concept for Chaos Gate – Daemonhunters over 5 years ago with the idea of building a campaign around dealing with an ‘unconventional’ enemy, one you couldn’t just beat with firepower.

At that time, the concept of a galactic plague felt like it would be easy for players to comprehend, while also translating neatly into the fictional universe of 40K through the Chaotic influence of Nurgle. That’s how the Bloom came to be.

The Grey Knights emerged pretty soon after that as an appropriate counterpoint. The disgusting monsters are definitely a bonus of our choice of subject, though.

3. Daemonhunters has a surprising number of carefully interlocked and equally useful pieces of equipment, skills, and systems. What sort of challenges did you encounter when trying to get all this to mesh?

One of the big challenges we faced was building a tactical system with a lot of variety and depth when the Grey Knights are themselves a very focused force, with quite a concise equipment and abilities list.

We tried to focus on building core systems (for example, Precision Targeting in Melee) that focused explicitly on capitalizing on the strengths of the Knights in a compelling way, and then designed and built out sub-systems that hooked into those systems. That said, there was definitely a lot of gameplay iteration throughout production, and I still feel there’s a lot more I would like to do to clean certain things up and make their application clearer or more useful to players.

4. As an addon to that question — how’d you manage to rebalance what looks to easily be the most powerful unit in the game into an already-balanced game?

You want this awesome hulking unit to feel powerful, but you don’t want getting it to just make things a cakewalk. That’s the balance we feel we’ve found with Duty Eternal.

5. Grandmaster Kai was an indelible and persistent pain point for the Grey Knights. Will we get to explore more of whatever was driving his obsession? It’s clear he had more urgent matters driving his agenda.

Managing an entire chapter’s forces to contend with the constant stream of intergalactic invasions and calamities in the 40K universe is no simple feat! Kai’s been overworked and Titan is tight-fisted with vacation time, it’s no wonder an overreaching and ambitious Inquisitor might leave him less than willing to dole out precious resources. You can’t blame him, really.

6. Turning to Duty Eternal, how much of a challenge was it to build out the full complement of weapons, skills, and configurations for the Dreadnought? Too much and the thing is unstoppable. Not enough and you can’t stop the larger threats. How do you balance that against your, obviously weaker Grey Knights who don’t have the benefit of all of that armor?

We sort of covered that above: The goal was to ensure that the Dreadnought felt like it had some real weight and a significant role whenever it joins you on the battlefield.
We also wanted the player to still be able to take a Dreadnought-ready mission with just their regular squad and have a minute chance of being able to complete it (at significant cost). With the Dreadnought included, those missions should still be challenging, but much more attainable. The challenge level is significantly higher, but you’ve got a much bigger stick.
As for how we tried to balance it, there’s no great mystery there: just a lot of playtesting and tweaking.

It’s clear that the team at Complex Games are equal parts fans of the tactical genre, and masters of the Warhammer IP.  They knocked this out of the park.  While we don’t yet have any announcements of additional expansions, given how fantastic Duty Eternal ended up being, we can’t wait to see what’s next!

Big thanks to Complex Games for taking the time — you can pick up Warhammer 40,000 Chaos Gate – Daemonhunters and it’s expansion Duty Eternal right now!