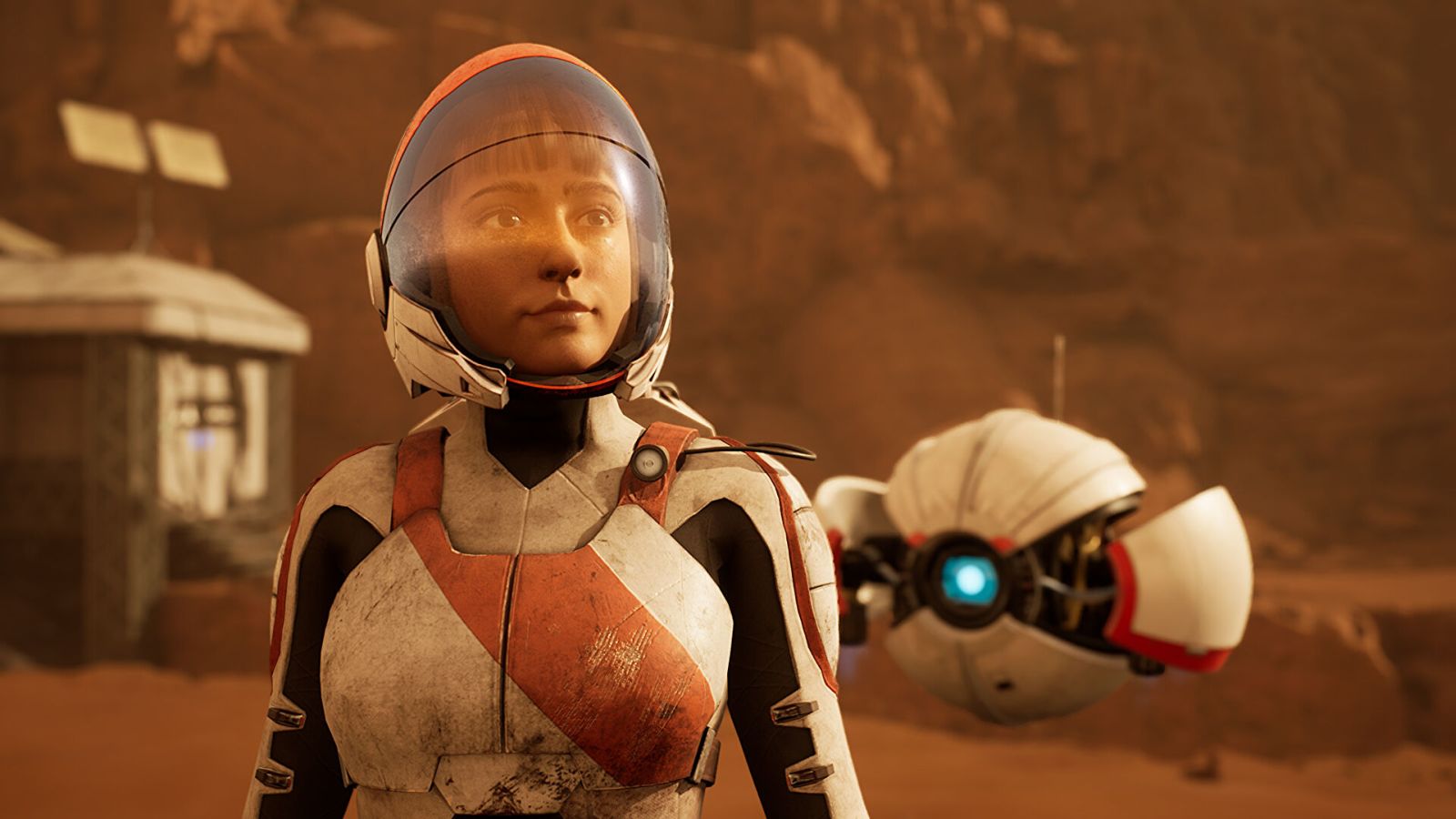 Deliver Us Mars is right around the corner, and we’ve had the opportunity to sit down with Koen Deetman, Game Director at KeokeN Interactive for Deliver Us Mars.  You can check out our hands-on preview for our thoughts on the game, but suffice it to say we are pretty excited.  A big thanks goes out to the team for sharing their time with us — let’s get started:

1. I’m starting to think you guys might be obsessed with space. Maybe just a little bit? Where does this passion for the inky blackness of the beyond come from?

Absolutely! As a kid, when I would look above into the night sky while lying on the ground, I’ve always imagined this as a front seat looking out of a huge glass bowl into the dark spectacle of so many possibilities. It was passed on by my dad in the first place: I remember even driving to France to witness a ‘full eclipse’ of the sun, which is a strange experience when you are a child. Most of this, though, comes from my grandfather (his father), as he was a telescope builder, which automatically gave us opportunities to see comets or the moon up close. When you know all that, the subject of our games makes total sense!

2. Deliver Us the Moon dealt with scarcity of resources and the dangers of navigating whatever happened on the space station and the lunar surface. Deliver Us Mars has a far more personal message. What can you share with us about the story?

The same urgency and climate change themes are still the basis of Deliver Us Mars’s story, brought to life in a more visual way, this time. However, with this game, we wanted to reach for something closer to home, something that was universal, like having a family, having a father or a mother figure in your life. These connections often help you understand the significance of larger ideas you encounter in the world – they shape the way you think about life, about the future and about the people around you. That personal lens helps us explore those themes with relatable detail in Deliver Us Mars.

3. Deliver Us the Moon had some impressive RTX tech baked in, showcasing amazing reflections in glass, dynamic light sources, and more. What sort of visual goodies can we expect in Deliver Us Mars?

Real-time ray-traced shadows and reflections are supported by the game with compatible hardware. In general, the game is really stunning, once again! It’s impressive what the team has achieved, given our number of platforms and relatively small team size.

4. Taking place a decade after Deliver Us The Moon, Mars picks up with some familiar faces. Literally — you guys are now using mocap (or vocap?) for the characters in the game. We know the main character is the younger sister of Clair Johanson, Kathy Johanson. What other familiar faces can we expect to see, without spoiling too much?

Let me add another term for you: PCAP! (Performance Capture) is what we’ve used for Deliver Us Mars. This is a very effective technique where you can record the actor’s performance while also capturing their face and voice at the same time, resulting in a more accurate capture of the performance in general by having motion and voice match.

You can expect a range of familiar characters, such as Sarah Baker, who was very prominent in Deliver Us The Moon’s holograms and audio logs, but also the whole Johanson family who played a peripheral role in the story. Fans of the first game will definitely enjoy the ways these two stories intersect, and get a kick out of the numerous references to the events of Deliver Us The Moon.

5. One of the main new mechanics in the game is a fresh take on the climbing mechanics. On mouse and keyboard you articulate your left and right hand independently. By using your left and right mouse button you stick your climbing axes in, slowly ambling across surfaces. That feels really unique and engaging, and it’s a real highlight — how much iteration did it take to reach that end state, and how does it work on controllers?

It was important for us to have a ‘real’ danger in the game, something that is thrilling and could get you to the edge of your seat, as we don’t have any combat mechanics that offer a familiar conflict and resolution loop. After seeing the documentary Free Solo, it was clear to us that ‘holding on the wall or else…’ was a powerful thrill we’d love the player to experience while traversing the environments of Mars. It did take a lot of iteration to get the right balance of precise player control and audio-visual tension, but we’ve found the right balance. On controllers, players will have to use their triggers to climb across surfaces throughout the game.

6. Back in August you guys bumped the game to February of 2023. That had to have been a difficult choice. What have you been able to polish in that time?

It was a hard choice, and one that was made with great care and thought. As we are still a relatively small team, it helped us balance the game and give more care to quality-of-life improvements throughout. We also wanted to ensure everyone would have a great experience, whether they were playing on PS5, PS4 or any other platform – while balancing the well-being of our team, too.

7. You’ve given folks hands-on at events like Gamescom and others. Have you gotten feedback that has caused you to go back and rework elements of the game? Any moments that reinforced that you were on the right track?

Player feedback is always very much appreciated, and you learn so much from watching people play. It is not so much about one or two areas you change based on these hands-on previews, it’s a variety of tweaks that result out of sessions like this. When you’re developing games, you’re always collecting different types of feedback from playtesting – I would say it’s less about reworking, and more about gradual iteration, as well as building confidence in the creative choices you’ve made.

8. February 2nd 2023 is right around the corner. What’s left on the agenda before launch?

We keep ironing that shirt and removing wrinkles where we see them – it’s all about making the best core experience possible. Besides that, it’s about optimisation for different platforms, and ensuring all players have a great experience in Deliver Us Mars when it launches on the 2nd of February 2023.

The team is clearly passionate about the series, and you can really sense the excitement ahead of launch.  We’ve also got a shiny new launch trailer to share.  Prepare for launch!   Big thanks again to team KeokeN Interactive — look for our full review very soon.