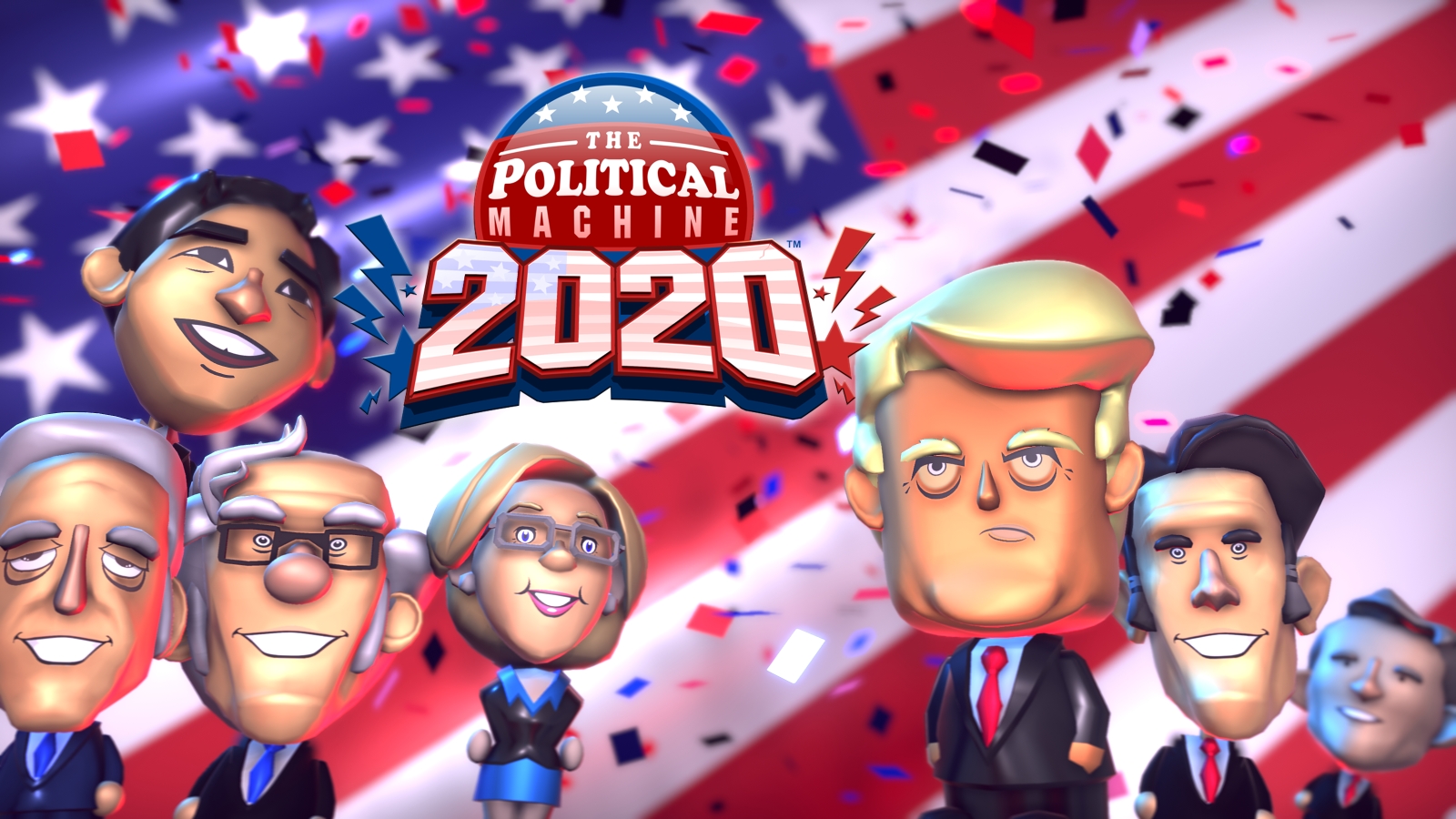 Recently we got to sit down with Brad Wardell, CEO of Stardock, the company behind hits including Sins of a Solar Empire, Galactic Civilizations III, Star Control Origins, Ashes of the Singularity, Fallen Enchantress, and a whole raft of fantastic productivity suites. First off, thanks for taking the time to chat with us about The Political Machine. With Super Tuesday in the very near future, and all of the chaos going on in our political landscape, it seemed somehow appropriate to take a peek behind the curtain of something we can understand — The Political Machine 2020.

Q.) As this is the fifth entry in The Political Machine series, I’ve gotta ask — what is your track record? How accurate were your previous models?

From a state perspective, it typically gets 48 to 49 states correct. In the 2004 edition, it got every state correct except Ohio for instance. In the last election, we actually released a patch because it predicted Trump was going to win (even in Wisconsin) and we assumed it was a bug and rebalanced it.

The hardest thing to predict is turn-out. There are a lot of misconceptions on why different candidates win in a given year. For example, Trump didn’t win in 2016 as much as Clinton lost. You really have to make sure your voters come out and vote for you. 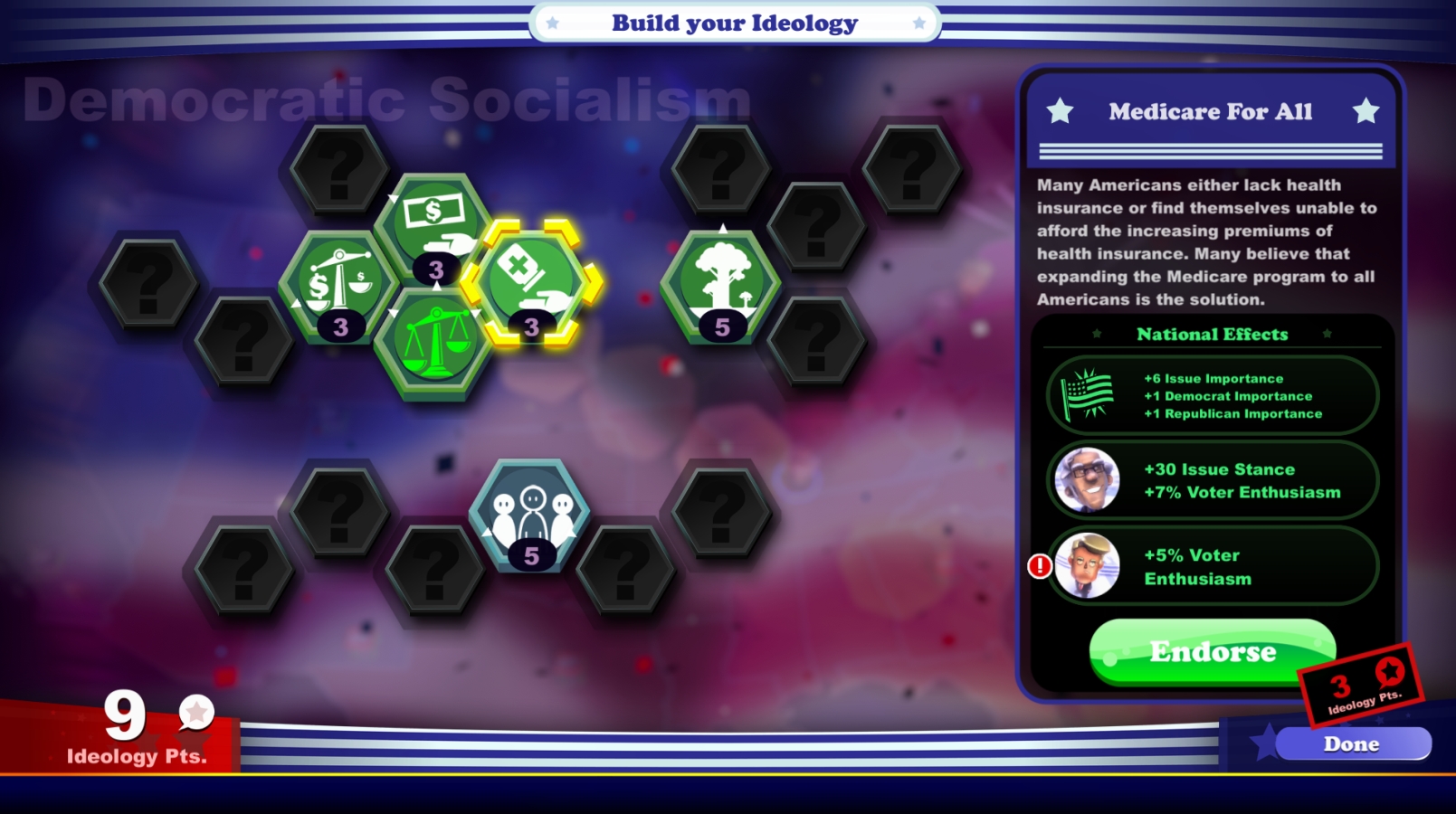 Ideology points are how you push your agenda.

Q.) Talk to me about the team behind the game — you guys aren’t just a bunch of left-leaning liberals are ya??

It’s all over the place here. Our lead developer is pretty far left but I’m a bit of a right-winger myself. The art team is largely apolitical and the other developers are pretty non-political as well but love statistics.

When writing the descriptions of the issues, we really try to champion them for both sides. Our goal is to put the candidates in the best possible light.

Q.) It’s easy to look at the stylized chibi-esque art style of The Political Machine and shrug it off as a game, but there is a hardcore simulation engine beyind the scenes. Can you give us a broad overview of what’s going on underneath the shiny exterior?

Sure. Yea, the art style is designed to make it “funner” looking since it was determined early on that if it were promoted as a hard-core simulator that most many people would be turned off by that.

Under the covers we have a lot of polling and census data from every state. Then we have models for how things like media bias and minority appeal will affect a candidate’s performance in various states. This year is largely a rewrite of the previous editions so we were able to significantly improve the underlying projection models that we think players will find very satisfying. It also allowed us to support a lot more unique issues per state.

Some issues we intentionally magnify in order to make different states pop out more (in Michigan we’re pretty upset about the state of our roads for instance while down in Texas they care a lot about border security — an issue we in Michigan could really not care less about).

Welcome to the late show!

Q:) Each candidate is as different as can be, and all of them have specific issues and ideologies that they champion — by way of example, Medicare for All for Bernie Sanders. How does that manifest in the game?

Each candidate can have their own ideology tree. So the way it works is players develop their campaign to push certain issues which, in turn increases the importance of those issues nationally. Most players won’t be able to go through the entire ideology tree in a given game and we intentionally have more controversial issues in there as well.

Some candidates are essentially single-issue candidates and that comes off in their ideology tree where the issues tend to focus on a tight target. Other candidates have ideologies that get people excited but aren’t necessarily that important for most voters (but remember — turn out matters). 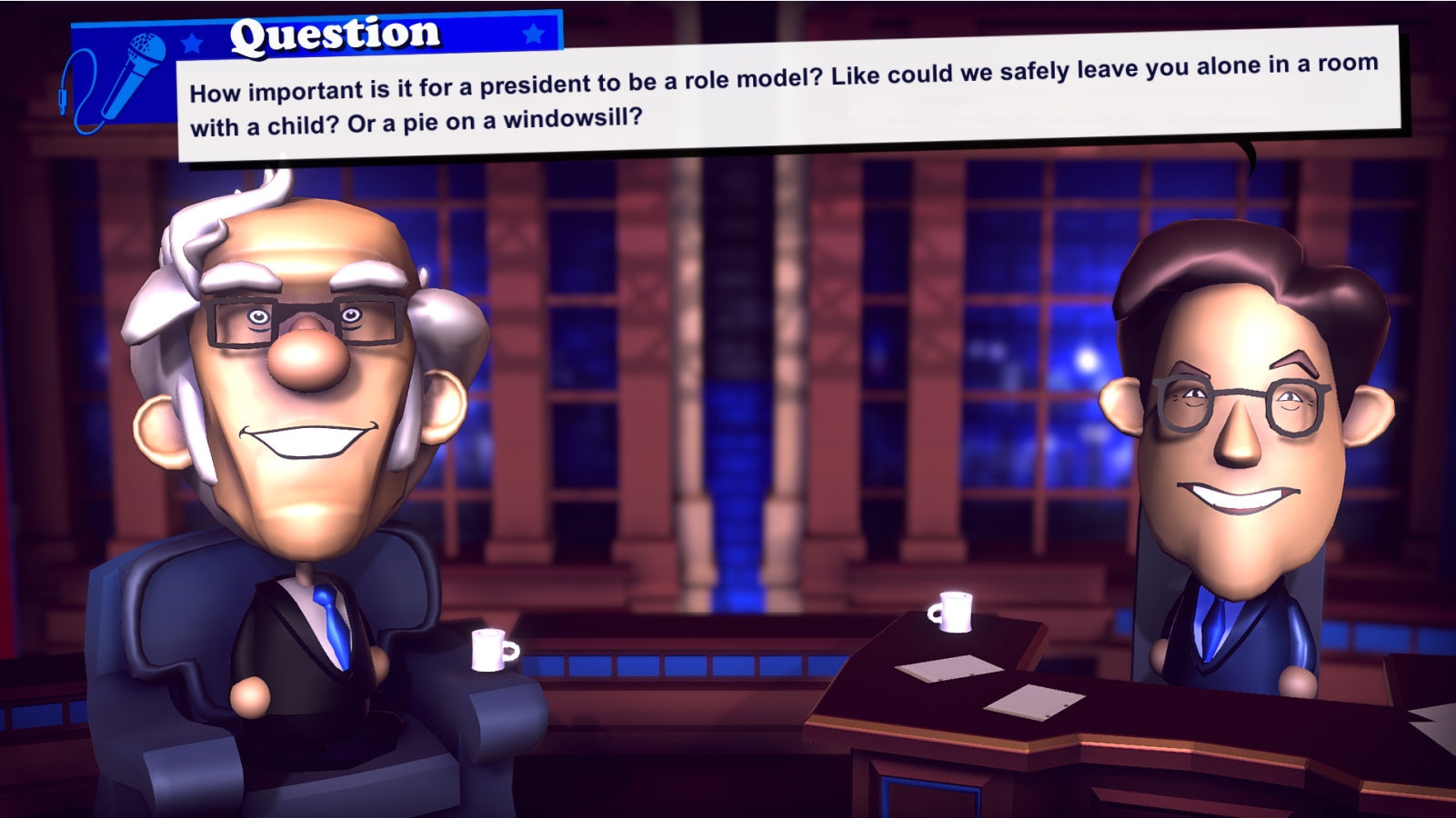 Role model? We are far from that lofty goal.

Q.) By the same token, each state has different hot-button issues and underlying belief structures that guide their voters. For example, California and Texas likely have slightly different feelings about gun control measures. How does the engine handle these divergences in public opinion?

Each state has their own issues. This can be a tricky thing for the player who wants to simply tell a given audience what they want to hear. For example, Texas is very pro second amendment and anti-gun control. So if you go and try to pander to them, it will hurt you in California where things are almost directly the opposite. Now, as a candidate, your job is to push the issues you care about and you think others care about up. 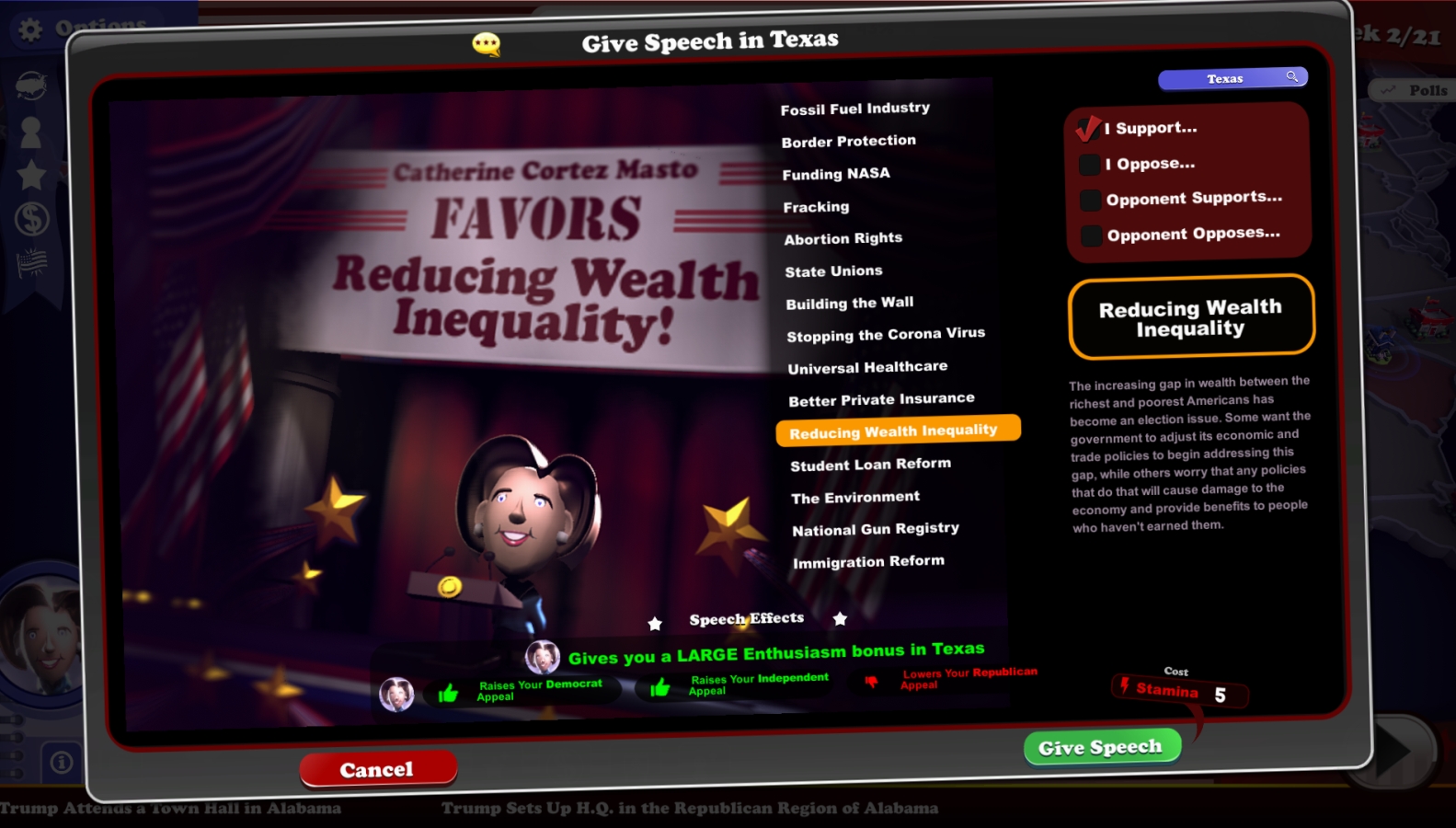 Wealth inequality is a hot button issue for many candidates.

Q.) Gerrymandering is destroying our Democracy. Is this a factor in the game, or have you tried to factor that in? From a gameplay experience it seems like it might be as fun as the real thing — that is to say, not at all.

Thankfully no. It’s purely the electoral college. If we didn’t know better, you would think that the founders played a lot of RISK or something. I can’t think of another country whose election system is so…gamey. When I explain our electoral system to my friends in Europe they just are shocked. We literally have a system where each state is worth differing amounts of points and if you win you get those points (with a couple exceptions). The winner being the person who gets a majority of those points.

The founders, obviously, were gamers.

Q.) To say that the Democrat field is a little crowded would be an understatement. What challenges has the clown car of candidates posed for you and the team?

Mostly just time and effort. For instance, as you probably know, the day before release, two candidates quit on us. They clearly had no consideration for our game. ;)

Each of the candidates does provide a very interesting set of insights into what they believe Americans care about. So for instance, Tulsi Gabbard’s ideology is very different than Andrew Yang’s. It’s pretty fun to see how they might have done if they had somehow won the nomination.

Q.) How do you balance the fun factor between casual players and people who are deeply invested in every aspect of the political game?

I would say that the game is definitely designed with mainstream gamers in mind but with enough meat to hopefully satisfy political junkies. I think people really into politics will appreciate the depth that is in the game even if the game mechanics are, on casual glance, pretty straight-forward.

Probably the biggest challenge in satisfying the really deeply invested into politics gamers is our subjective ratings on the candidates. 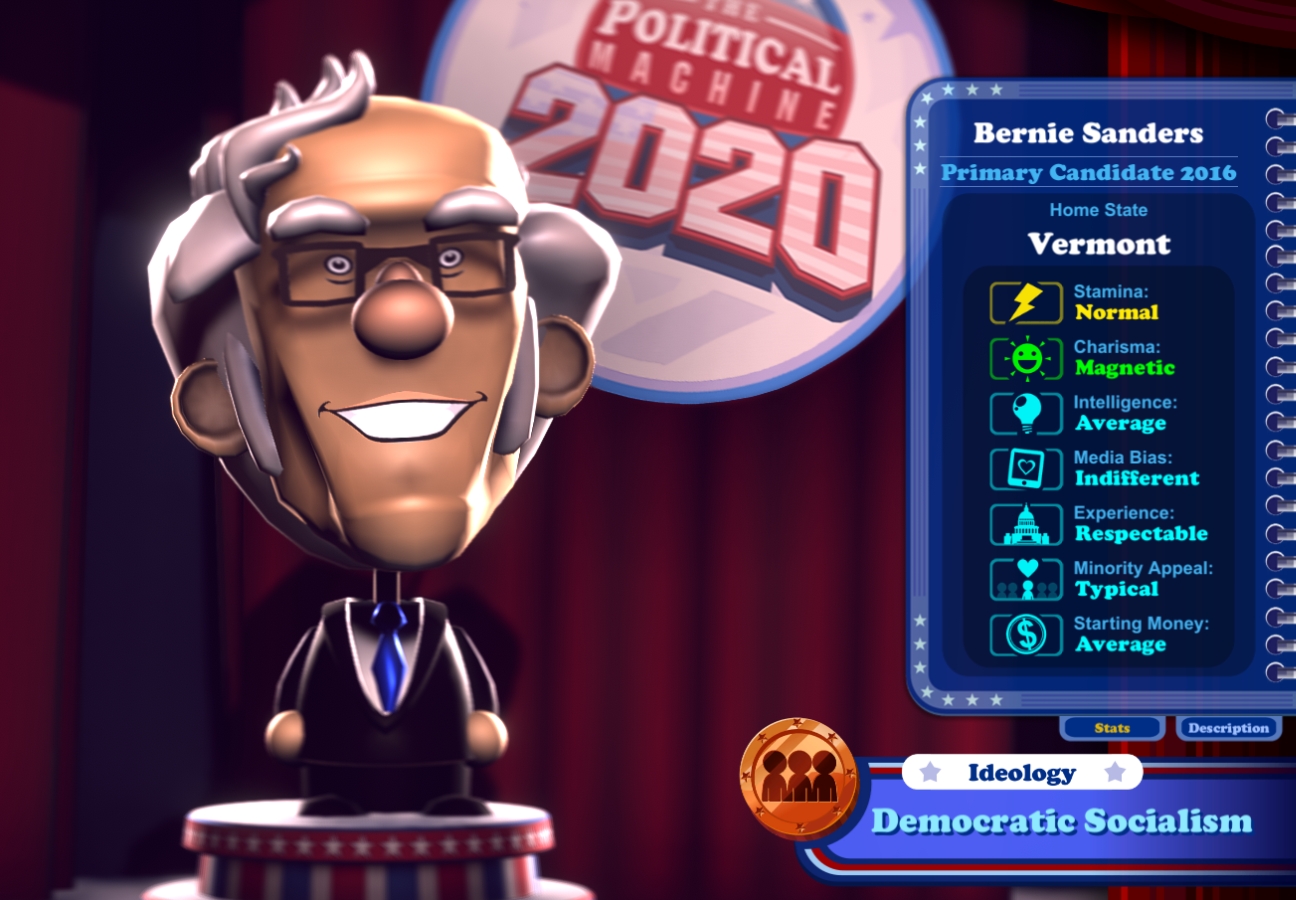 We have to tread a fine line between balancing the candidates and pure accuracy. Some candidates are simply better than others. There’s just no sugar coating it. But their supporters won’t see it that way. But subjective determinations like intelligence or media bias are tough because of the need to make sure the candidate plays well in the game even if that means giving or taking away a point in their candidacy to balance them with the others.

Q.) Success in The Political Machine is accomplished, naturally, by taking the Presidency. With a country this divided, how has “Giant Meteor” fared in the fight for the Presidency?

In the last election, I voted for Giant Meteor (write in). I was, naturally disappointed that Giant Meteor’s solutions to our problems are not mainstream. 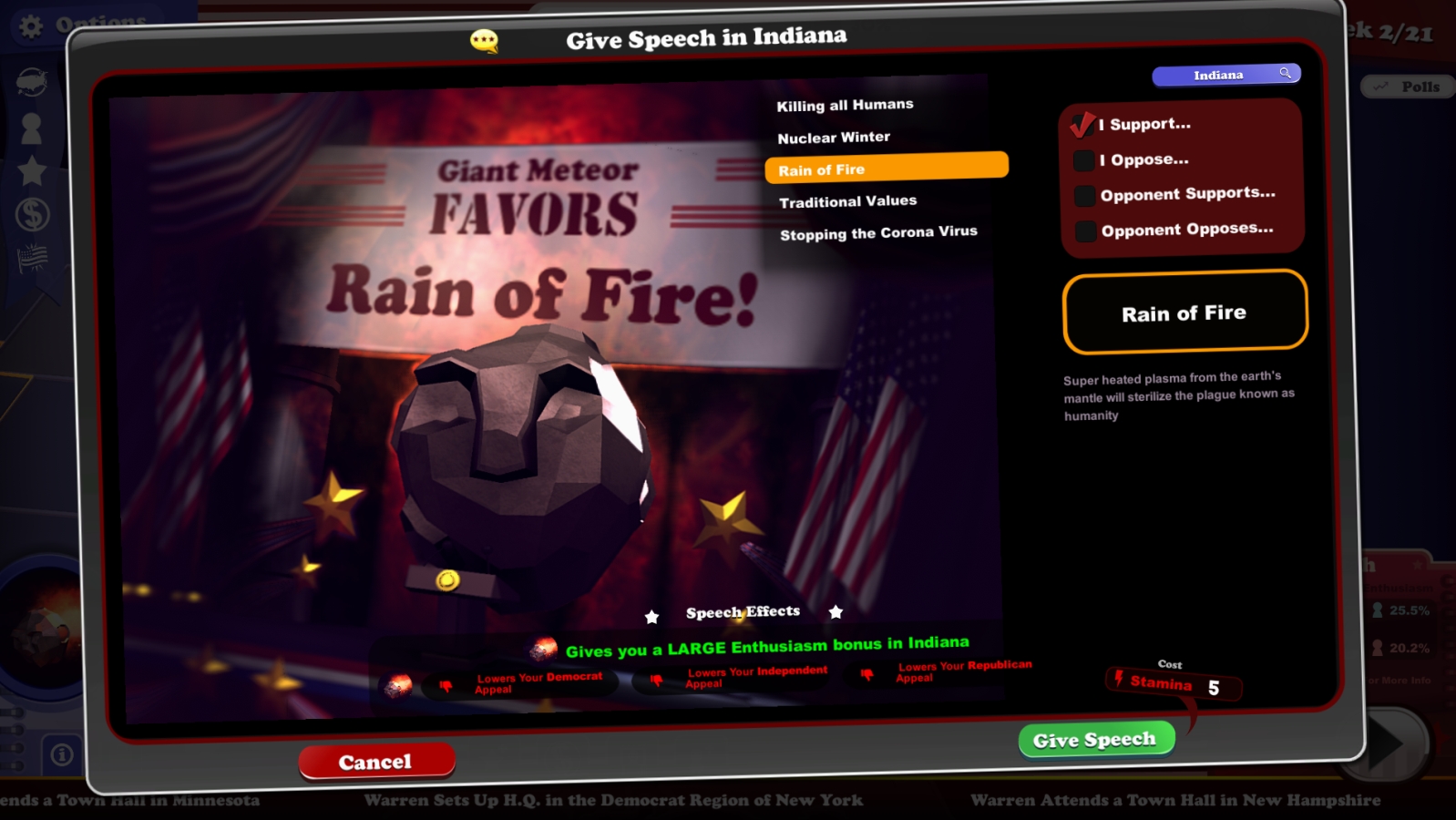 A great many people want to vote for Giant Meteor this time around. 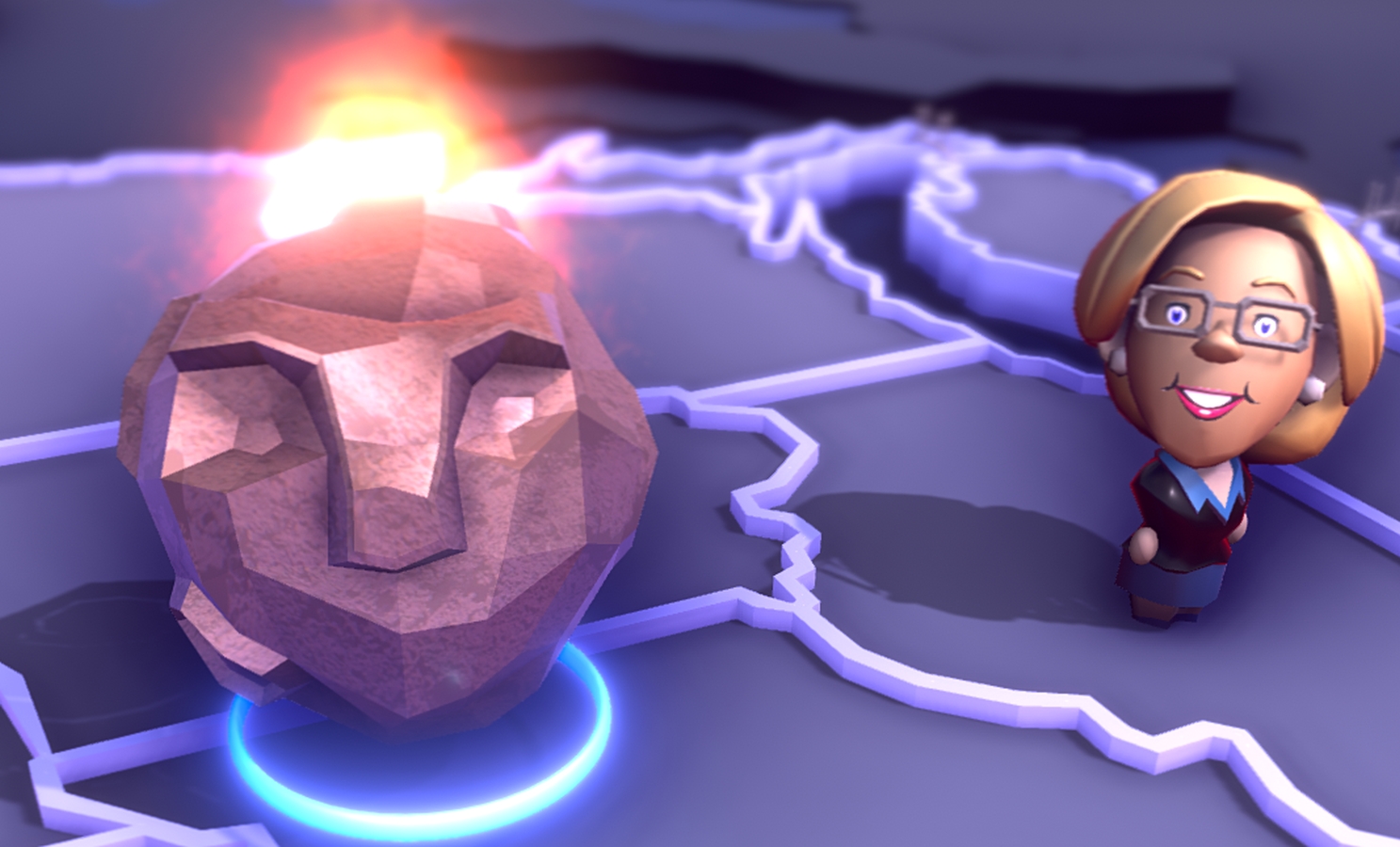 Q.) This time around you can create your own candidate. What unique challenges has that uncovered?

This is the first version of the game where we have to really worry about social media blowback. So for instance, you can create a truly fascist candidate. And we try to create a fascist ideology tree that is remotely believable (start with nationalism and gradually work your way to invading Canada). 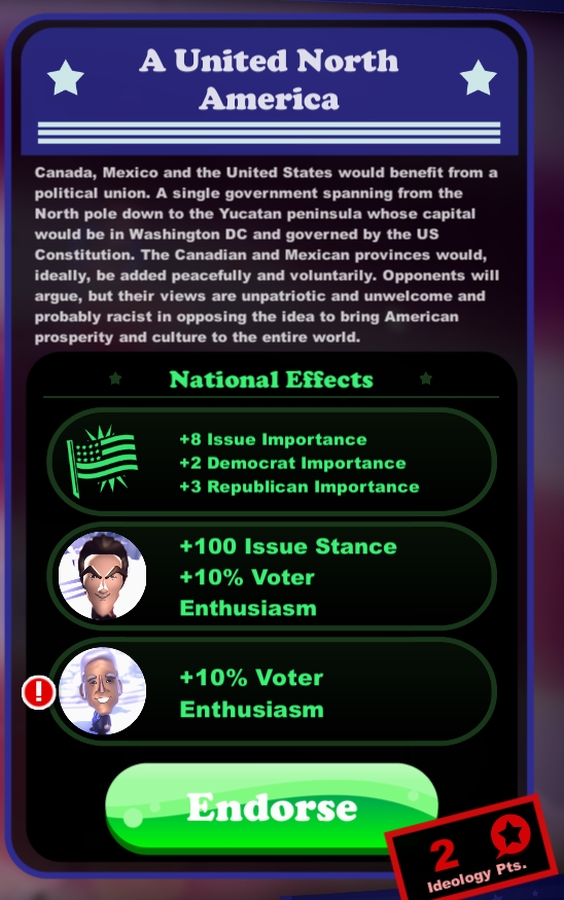 Why vote for a lesser evil?

So you can imagine scenarios where someone might think we’re endorsing an ideology or don’t realize that our descriptions of the issues (like a “United North America”) are designed to be told from their point of view. We aren’t endorsing these views, we are just trying to imagine how these positions might be represented.

Q.) It’s time for the October Surprise! What sort of wave-making chaos events can players expect as they run up to November?

This year we are going to try to focus on having events that occur in a given state. The nice thing about digital distribution is that we can keep updating the issues regularly. We just added the Coronavirus as a major issue into recent builds for instance.

Q.) This game will run on just about any machine — ever thought about doing a mobile app port?

It should run on pretty much a potato as long as you turn down the visual effects. This time we support both PC and Mac. We are looking at a mobile version of the game in the future. The gameplay would be similar to Plague Inc. Except you are obviously dealing with politicians instead of plagues…

Q.) And the big question — when can we expect to get our hands on the final version of The Political Machine? We don’t have to wait till November do we?!

Super Tuesday! We suspect there will be a lot of people playing it while awaiting the results? Any predictions?

Our prediction?  More chaos.  Thanks again for taking the time, Brad!