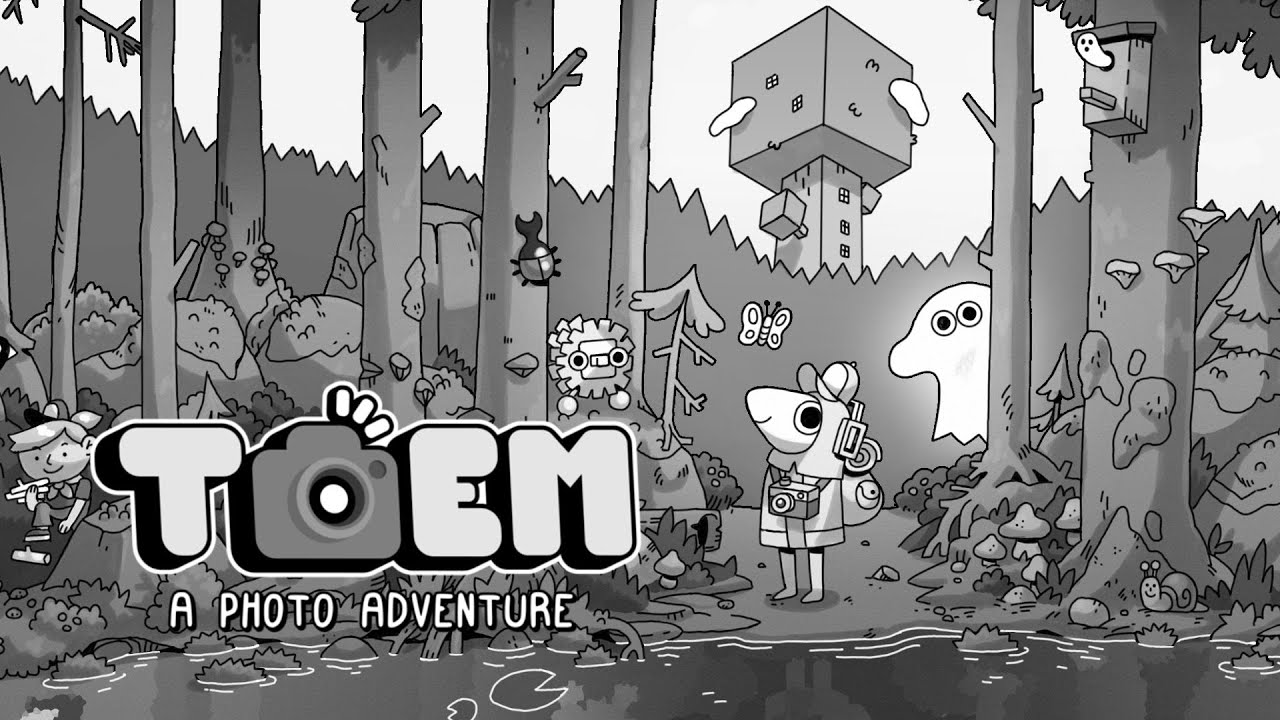 During Day of the Devs this year, while I was multitasking on projects, an indie game appeared on screen and immediately caught my attention. It was monochromatic and yet had a captivating art style that was cute and simple. Most captivating though was the fact that you took pictures. There aren’t enough camera games – Beyond Good & Evil and Pokemon Snap immediately come to mind – so seeing one, particularly without any color involved, looked very intriguing. That game is called TOEM, and it is one of my most anticipated indie games this year. I had the privilege of being able to ask Niklas Mikkelsen and Lucas Gullbo, the co-founders of Something We Made, a few questions about the game and some of their design decisions.

Responses were lightly edited for grammar and clarity.

What is TOEM about?

The grand goal is to experience the magical phenomenon known as TOEM. To do so you need to visit regions you’ve never visited before, help characters, and of course take a lot of photos! It is a joyful and wholesome adventure!

You’ve gone from creating something zany like Door Knockers, to something more relaxing, yet exhilarating in Glide, and now you’re on TOEM. What led you to make this game?

It’s been a long journey to get where we are today. Believe it or not, TOEM was actually the very first game we made, but because we couldn’t figure out what to do in TOEM from the get-go, we decided to put it on hold until we figured something out! Once we figured out what to do in TOEM, we decided to go all out and we’re happy we did and how everything turned out in the end!

What kind of players should play TOEM?

We hope to have crafted a game that everyone can enjoy, our personal goal is to have our moms play it, understand it, and have fun! 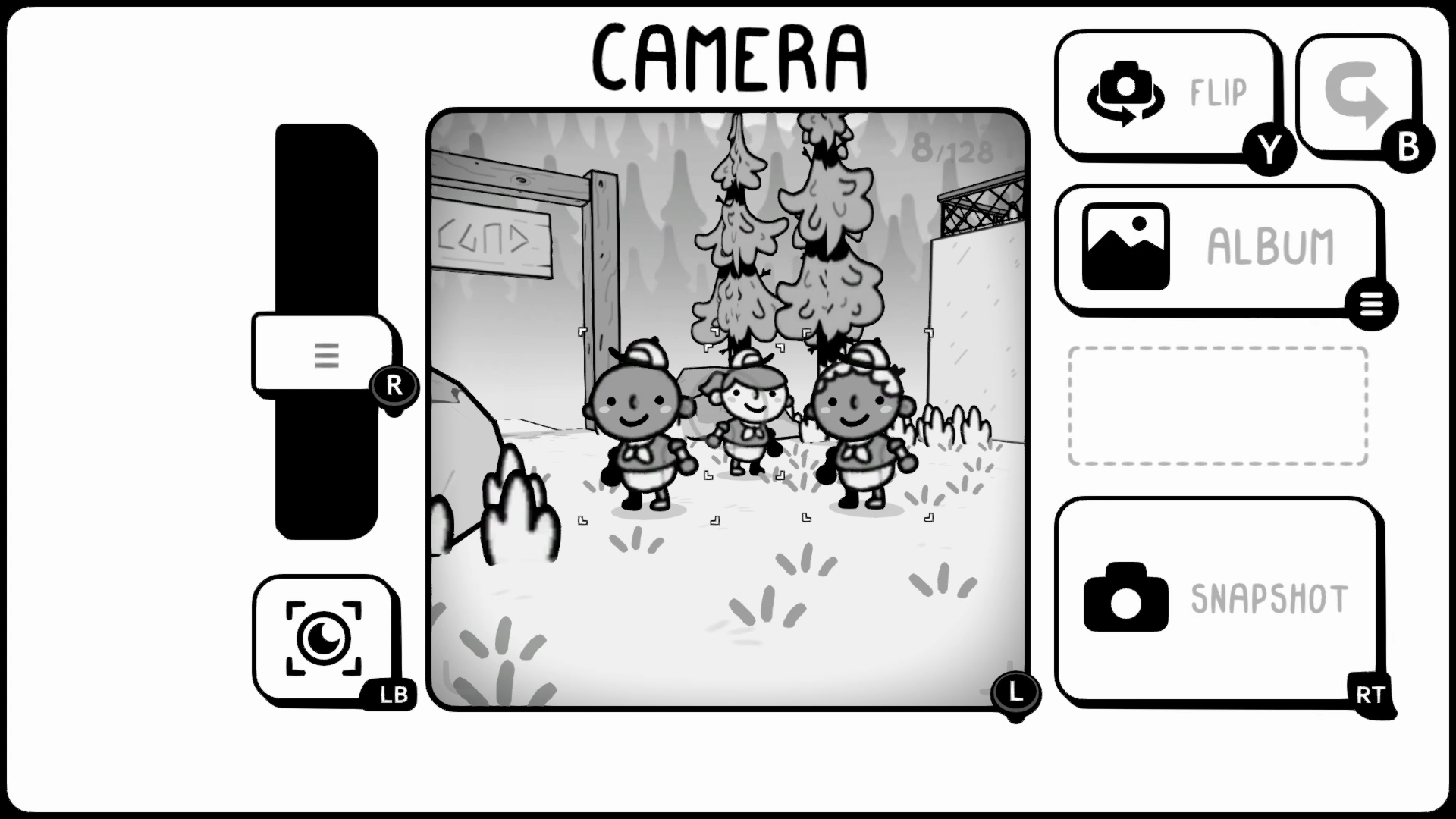 You solve puzzles by taking pictures instead of interacting with the objects or simply looking at them. What prompted the use of photography to solve puzzles?

The photograph mechanic naturally grew over the course of all prototypes the game has gone through, so we started asking ourselves how photography could be incorporated into the game and its world. It was more: “We have this camera mechanic, what can we do with it?” rather than “we should add a puzzle here” or “we need more content to fill out the game.” A natural process that took a lot of time.

How are you looking to encourage players to take great pictures?

Besides having player’s photos incorporated in the game’s world and all gameplay moments we genuinely hope people find TOEM’s world interesting to explore. The art style has been with the game ever since the initial prototype from 2018. That in combination with all the tiny details that could only be seen using the camera’s perspective, will hopefully encourage players.

Photography is partly about manipulating color, light, and shadow to create beautiful images. In TOEM, there’s no color, everything is illuminated, and there’s very limited shadow. What was the reasoning behind simplifying photography in this way?

There are a couple of reasons! First – and this was mainly why TOEM went in the photography direction – the change of perspective really benefited the art. Looking at the world from a top-down perspective and switching into a more personal first-person mode really felt special! Second, as you take on the role as an amateur photographer, it feels more natural to just focus on placement and distance instead of giving the whole arsenal of photography settings to play around with. TOEM is mainly played by locating and taking a photo of certain things for others, so there was no direct need to change the look of the photo itself! 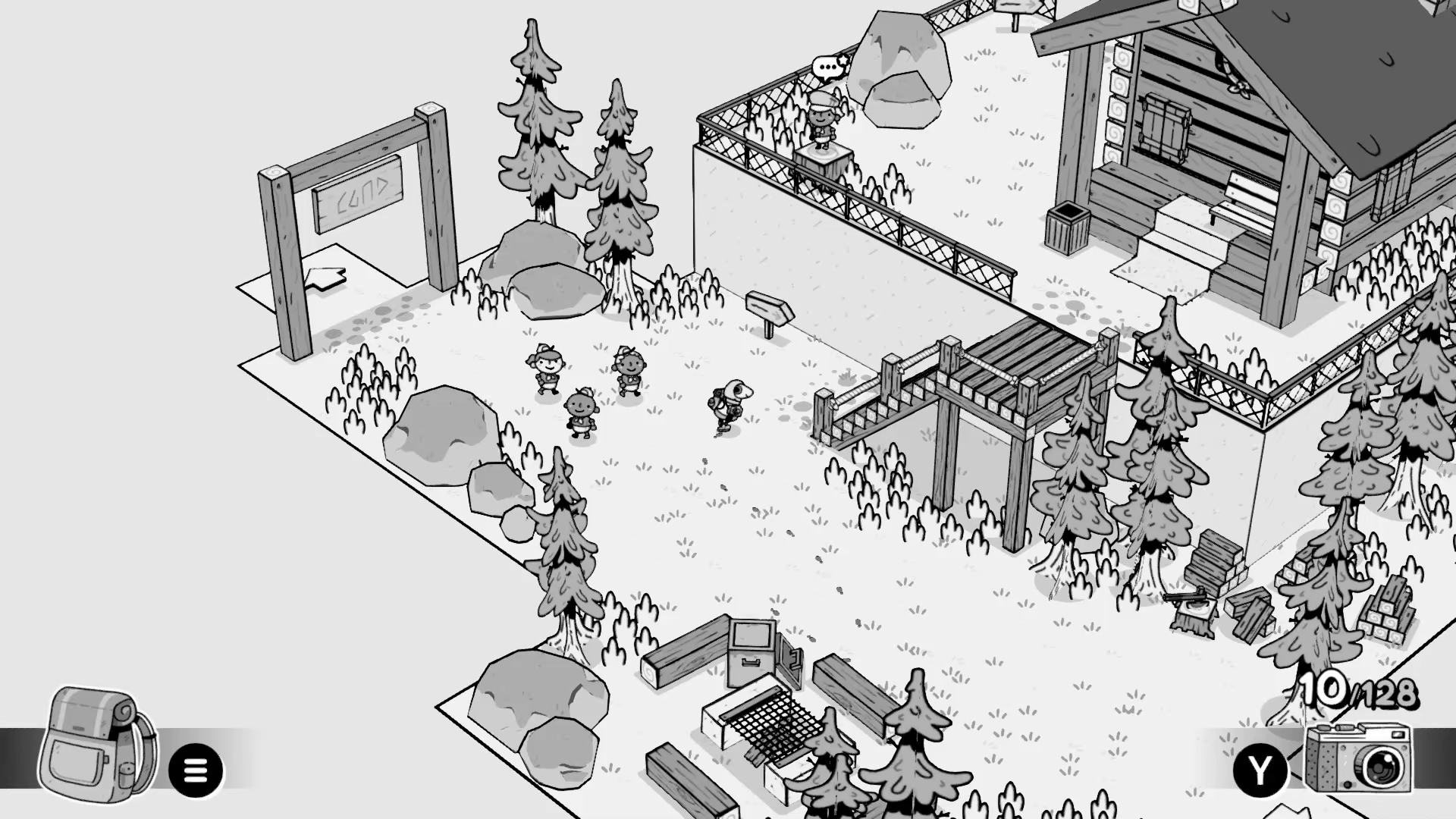 What do you want people to get out of playing this unique game?

We genuinely hope people will feel content during and after playing; that they stop and take their time to just have fun.

The game seems to take the premise that photography is cool without explicitly telling the player. You take cool pictures because you want to. Is that something you want players to feel while playing?

Yes, without a doubt!

What ways can you share pictures with other players?

Initially we had the idea of sending bottle mail and using a mailbox to send photos to other players but unfortunately we had to scrap that idea as it was outside of our little team’s scope. We’re looking into different ways of exporting out the player’s photo together with the photo frame and everything so you can save that to your PC or post it on social media.

What is the release date for TOEM?

We don’t have a solid release date but we’re still aiming to release this year on Steam. We still have our Steam demo available to play for those curious about the game.