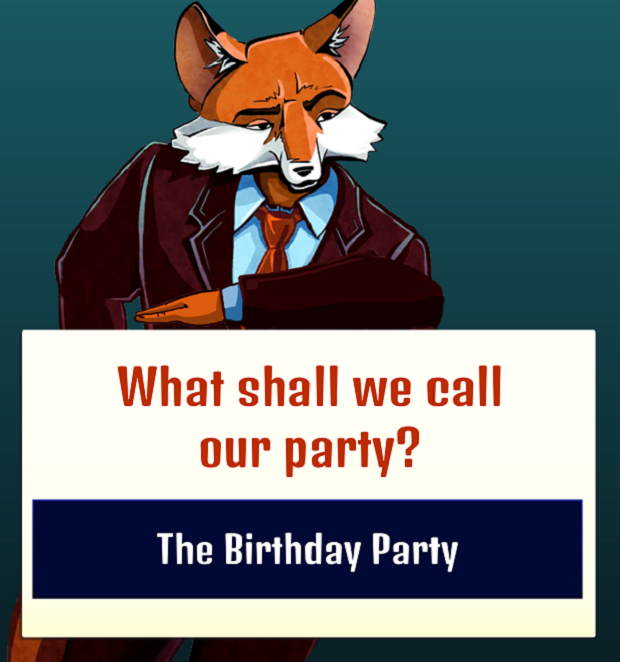 Slated to be released in September, Head of State aims to provide a satirical take in the political genre. The strategy game uses humor and fictional conflict as an allegory to the upcoming election season, and includes a host of factors that players have to micromanage. We interviewed the team behind the game, consisting of Rebecca Harwick, Ewa Chrusciel, and Ed Biden, about their inspirations for Head of State.

They said I could be anything, so I became a political party based on the notion that one could party every day.

Gaming Trend (GT): Alright, first thing’s first: could you tell me a little about yourselves? I saw that your team is very experienced in the gaming industry.

Rebecca Harwick (RH): I’ve been writing games professionally for ten years now. I think I wanted to be a writer since I was 6 or 7 years old. Before that, I wanted to be a giraffe. I’m not very tall, so writer was a good choice.

Ed Biden (EB): I think it’s clear why Rebecca’s been writing the copy, and I’ve been coding! I met Rebecca and Ewa at Wooga working on hidden object games, where I became fascinated with the potential for games to tell stories.

Ewa Chrusciel (EC): My adventure with games started a few years ago during my art studies in Cracow. I met with Ed at Wooga two years ago, when we were working together on one big feature of a game (Pearl’s Peril) – I was responsible for the UX & UI and Ed was designing it – and it worked. It was the beginning of a good team.

GT: In America (or in any country really), the topic of politics is something that’s very uncomfortable to discuss around most people. What was your inspiration for making Head of State?

RH: Personally, I was interested in how popular resentment can be manipulated by political parties and candidates who spread distrust in key democratic institutions, not only the government, but the press too, to create an atmosphere ripe for authoritarians to take power. People have problems. They don’t trust their institutions, their neighbors, and their society to fix them; instead, they trust one person or faction and they become completely closed off to other views. I think a lot of events recently – including one candidate’s very telling “I alone” speech, the recent referendum in the UK, and the elections in Austria – have started to expose the vulnerability of Western democracy to this kind of rhetoric. “The elites and the outsiders are your enemy, but trust me; I can fix it.” The idea that our governance is something that we as citizens must all take responsibility for is increasingly being lost, and we’re increasingly looking for our politicians to be bigger and bolder with their promises, which only leads to more disappointment.

EC: In my opinion, the uncomfortableness of the topic is the best reason to start the discussion. In Poland, where I’m from, there are too many unnecessary emotions instead of understanding the meaning of overused phrases and terms in political discussion. I hope this game and similar projects might show people different ways of talking about politics. I believe it can help define clear classifications of certain political slogans as nationalistic, socialistic or capitalistic. I think we have some problems with this differentiation in my country, and mixing them causes confusion. Anyways, the game may become great ground for the beginning of constructive discussions.

GT: I’ve been playing through the preview build so far, and I can see a distinct sardonic humor within the game; even the PR email you sent out was a play on a… well-known slogan of a current presidential candidate. How did you decide on the satirical tone for the title?

EB: When I made the very first prototype and showed it to my family, no one wanted to play. They didn’t want to make choices they saw as wrong or evil, and that made it difficult to explore the descent of democracy into dictatorship. Adding humor was the only way to make the game fun, and not just a political statement.

EC: By showing that politics can be presented in the sarcastic way, we’re making them easier to question and confront with. In our game, there isn’t one explicitly absolute policy which can save your country and make it great again – each of them can be ridiculous. A sense of humor helps to judge things from a distance, without pompous phrases and dangerous excitement.

GT: The game is rife with anthropomorphic animals, possibly as an analogue to the American government. Were there any other nations that Head of State’s fictional government was based on?

RH: Concordia’s government is kind of a mish-mash. We have elements of a parliamentary system in how the elections work, but then we take a lot of inspiration from American politics in how the money flows, too. What was important to us was that this wasn’t a fledgling democracy, or a country that had already succumbed to dictatorship. Concordia’s government is a mature democracy, and the threat comes from within.

EB: When I approached Rebecca and Ewa about making the game, one of the things that made me think they might be interested in working on it was their nationalities: American and Polish. Trump’s campaign was just beginning to gather steam at the beginning of the year, whilst the Law & Justice party was cementing its power in Poland. In general, I saw Western democracy, not just one country, in crisis, and wanted to make the game reflect that. The animals also had shades of Animal Farm, which was a definite bonus.

EW: I totally agree that I was interested in the project since our first meeting… and yes, Animal Farm was an inspiration; I believe animals are making the game more universal. From my perspective political problems, its mechanics are pretty similar all around the world. We didn’t have to have only one country to base the system on – it’s rather sad, but we’ve gotten many inspirations from different nations during last half a year.

I’m guessing this fox knows what he’s talking about.

GT: Now you previously said that your team was stationed outside the United States. Do the people in your country view American politics differently?

RH: Well, I’m an American, and living abroad, I have gained some different perspectives. I guess the most obvious one is that I really get annoyed now when people talk about moving to Canada if their candidate loses. Democracy isn’t something that you participate in one day out of the year, or one day every four years. I live abroad for my job, and I can’t vote in the elections for my country of residence, but I must abide by their laws. If you stay in the US, you can vote on the policies that will affect you, and you can work on making your communities better. At the same time, I recognize that option isn’t viable for everyone, but moving simply because you lost an election isn’t just sour grapes, it’s refusing to do the hard work, the everyday work that democracy requires.

GT: Video games are starting to become a tool of social critique in the world today. Why do you think we need video games to comment and shed light on serious issues in society today?

EB: I was always impressed with the way that George Orwell and Aldous Huxley wrote about political dystopias in ways that had such a big impact on our society. There are terms like “Orwellian” or “Big Brother” that make it easier to talk about the dangers to democracy and you see them frequently in the media. As more and more people play games, I think the industry has a responsibility to carry on this social critique and cover serious ground as well as be enjoyable. And games are doing that – I knew nothing about Objectivism or Ayn Rand until I played Bioshock; Papers Please was one of the most moving games I’ve ever played. I wanted to make a game that made people just that little bit more aware of the threats to democracy, without having to read philosophical works like Popper’s The Open Society and its Enemies.

To be or not to be, that’s probably a good question.

GT: If you could have any person, living, dead, or even fictional, run for president, who would it be?

EB: I was actually reading recently that in Bolivia they are experimenting with random selection of representatives. There’s some early evidence that suggests it leads to better governance than elected officials, as the representatives are, well, actually representative of the people they are working for. Maybe it’s elections that are ruining democracy.

RH: I like Ed’s answer. The president needs to be someone comfortable with foreign policy, a quick study, and who can represent the country well to the rest of the world. They need to be decisive, but not hasty. It’s an extremely difficult job, made even more difficult by the way people increasingly expect the president to solve all the country’s problems.

EW: The president should not represent just one single political party or its short term interests until the next elections. They should make balanced decisions and not divide the society, especially since frustration is rising and trust in democracy is decreasing. As Rebecca said, it’s an extremely difficult job.

GT: Do you have any other plans with your team after the game is released in September?

RH: Make stuff. Each time you do, you’ll get better. You don’t need anyone’s permission to make stuff (unless, you know, you don’t own the rights.)

EB: I would second that. There is an immense feeling of satisfaction to be had from pulling something from your imagination. I spent a lot of time dreaming of cool things until a developer told me I should just learn to code and build them myself. So I did.

EW: There is so much wisdom that I can’t add anything new… just keep going and if you want to do something, do it. Don’t wait, thinking there’ll be a better time.

Head of State will be released on September 8 for iOS and Android devices.