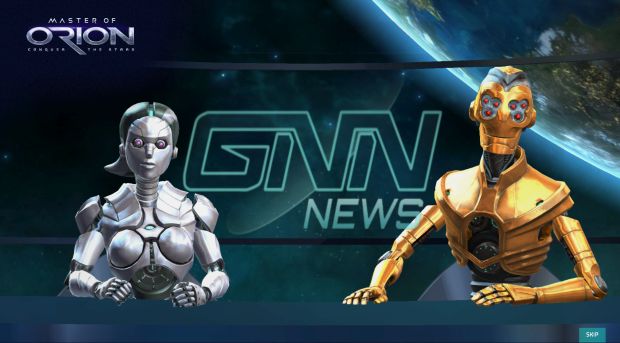 4X Strategy and spacefaring adventure were made for each other.  You have all of the micromanaging, strategy, and competitive multiplayer, and you’ve got the vastness of space, full of unique planets to explore.  Master of Orion is the best of both worlds, with streamlined gameplay set in a fun, well-realized galaxy that comes together due to a surprising amount of polish.

In Master of Orion, you play as one of ten unique alien races, each with their own strengths, weaknesses, and strategies.  While the races aren’t anything new, in part because this most recent game is a reboot of the 1993 PC classic, they’re all given a certain level of personality through voice clips, flavor text, and other ways of showing character.  It’s not much compared to giants of the genre like Civilization, but it really goes a long way towards giving the series a unique identity of its own.  Also adding to the experience is the ability to create custom races if the other choices aren’t to your liking, which adds another level of customization to the game.

Other than the races and the space setting, there’s not much that differentiates Master of Orion from its competitors.  The game is played like any other 4X Strategy game, with the main goal being to spread your empire throughout the galaxy.  There are multiple ways to win, including technological, diplomatic, and military victories.  The gameplay itself is the same as well: each turn, you move your fleets from space to space, plan out moves long in advance, and research new technology and build new buildings.  It’s all conveniently controlled by the mouse, and all in all it’s a very easy game to get into, helped by a comprehensive tutorial at the beginning.

While it may not be the most complex of games, it stands out due to an amazing level of polish.  The menus are well laid out and convey a lot of information very easily.  I really liked the way the game represented the population for the colonies in the menu as little sprite versions of your chosen race who you could drag and drop into different categories to change the focus of your colonies.  Other sections that demonstrate the game’s unique personality include the sporadic cutscenes, which range from comedic news reports that give you new information as events unfold to the introduction cutscenes when you first meet new civilizations.

While Master of Orion probably isn’t going to satisfy fans who crave the most complex civilization building games, it’s easy to pick up and fun to play for anyone new to the genre.  The level of personality and attention to detail really set it apart from the competition as well.