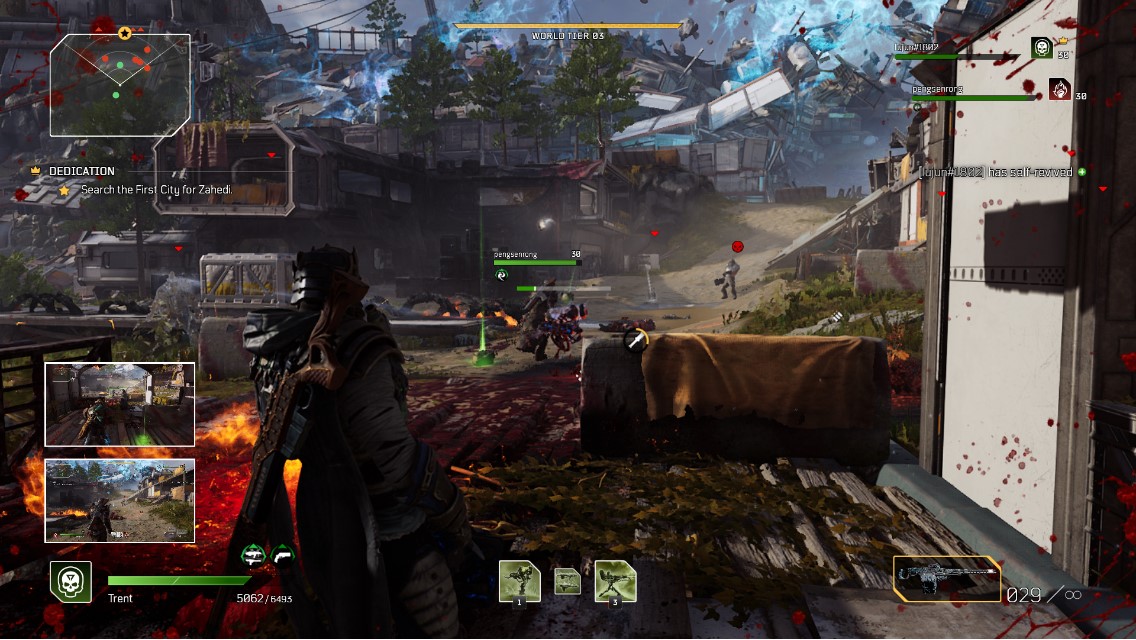 With Outriders launching today, some may be astounded by the sheer accessibility developed by People Can Fly. It’s admittedly pretty crazy, given every platform you can play the game on can interact with each other platform. But one platform stands out with its extra features, and that’s the Google Stadia version. We had the pleasure of talking to several different people involved with both Outriders and Stadia, and talk about what the game provides on the platform, as well as an up and coming feature in Stream Connect, which allows players to see a picture-in-picture of their teammates. This is a world changer when it comes to multiplayer games, especially during a time when we aren’t as able to just gather together, and both Square Enix and Stadia developers were happy to answer our questions.

How do you feel the Stream Connect feature will enhance co-op for Stadia players, specifically with Outriders in mind?

Bartek Kmita, Creative Director at Square Enix: Stream Connect will allow players in your party to see each other from their perspectives. You can keep track of where your teammates are on the battlefield, easily coordinate tactical moves, or find the right moment to strike even when you don’t have visibility of the enemy. We’re really excited to see what kind of strategic uses players find for Stream Connect in Outriders.

Dan Cary, Senior Product Manager at Stadia: Stream Connect lets game developers stream one player’s game directly into another’s in real time. It’s really useful for games like Outriders that require close coordination between teammates since it lets you see exactly what your friends are seeing in game. If you’ve ever been frustrated by teammates saying that there’s an enemy “right there” when you’re playing online, then you’re going to love being able to see what they mean for once.

How tough was it to integrate cross-play on this level? I’m not sure any game has gone to the scale of bringing in nearly every player.

Bartek Kmita, Creative Director at Square Enix: It was tricky, to be sure! The major challenge in doing full cross-play is that the various platforms don’t “speak” to each other, they’re completely different systems, which means we have to create a fully functional back-end system that can connect players across various platforms. We’ve never done anything like that before, but getting full cross-play up and running was one of our major challenges we set for ourselves as a team. Square Enix was immensely helpful in providing their expertise to help do this, and all the platform holders have been really great as well. 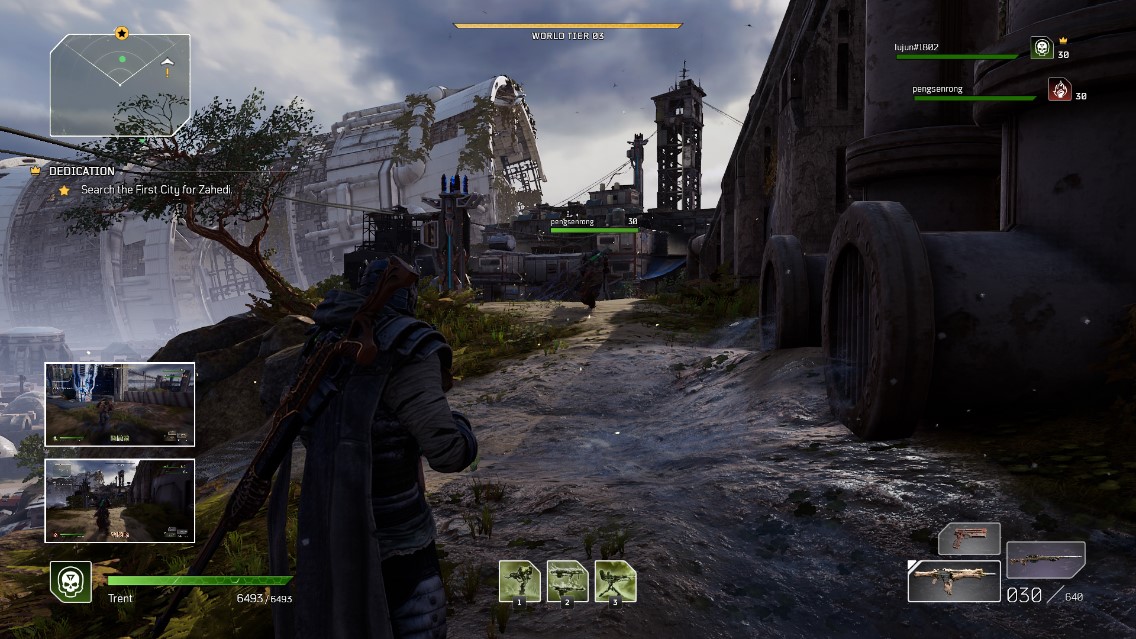 How different is it to develop a game for a cloud-based platform comparatively to a console or PC?

Bartek Kmita, Creative Director at Square Enix: For the most part, it’s not very different at all from a developer perspective. Outriders is built to be identical to the highest quality console experience on Stadia, with the addition of the Stadia Stream Connect feature, which we’ve worked closely with Google to integrate in our game.

What advantages do you think players have playing Outriders on Stadia compared to consoles or PC?

Bartek Kmita, Creative Director at Square Enix: Stadia is really exciting to us because of the freedom it affords the player, you’re able to play on virtually any screen wherever it may suit you, and completely free from worrying about the processing power of any hardware.

Dan Cary, Senior Product Manager at Stadia: With a game like Outriders, you won’t want to put it down – and with Stadia, you won’t need to. Stadia unlocks the ability for gamers to play on all kinds of endpoints, at their own convenience. And because we host the instances and hardware, players don’t need to worry about limits on their end.

As for in-game controls, we also allow Outriders players to toggle between a performance or high resolution mode, which enables the game to prioritize what is important for the player.

Outriders is going to run well on Stadia for PC for sure, but how well is it optimized for mobile?

Bartek Kmita, Creative Director at Square Enix: One of the great advantages of Stadia is that all the processing is done in the Cloud, your mobile device will run the game just as well as any PC. You just need a screen and a decent internet connection for an amazing experience. We’d definitely recommend a Stadia controller though!

Dan Cary, Senior Product Manager at Stadia: Stadia was built to unlock all kinds of endpoints, including mobile. You can expect Outriders to run similarly on all screens. Which screen you choose to play on is of course your preference, but mobile tends to be most popular with our users that prioritize gaming on the go.

The picture in picture idea of Stream Connect is cool, but obviously some of your screen is obscured through this method. How have you worked with the UI to ensure functionality with Stream Connect?

Christine Lee, Technical Account Manager at Stadia: When building out the Stream Connect feature, the team experimented with the positioning of the Stream Connect windows within the main game screen.  In the end, we strategically found a location for the windows which did not collide with any other information on the screen, optimizing the gameplay experience.

Stay tuned to Gaming Trend for further news, impressions, videos, and reviews of Outriders, which is available now on PlayStation 4/5, Xbox One, Xbox Series X/S, PC, and Stadia with full crossplay between all versions.