Today, HappyGiant announced that it will partner with Big Sugar for the upcoming VR game Sam & Max: This Time It’s Virtual! Featuring the original voice actors of our favorite anthropomorphic detective duo, the game will be available later this June on Oculus Quest headsets, with other platforms to follow.

HappyGiant, the award-winning AR and VR game developer, announced today it has signed with a new publishing partner, Big Sugar, for its latest game Sam & Max: This Time It’s Virtual!. Additionally, the developer revealed which VR platforms the virtual reality adventure will be available on, leading with the Oculus Quest platform, this June for $29.99 USD. Sam & Max: This Time It’s Virtual! will then follow later this year with versions for SteamVR and Viveport Infinity, and then be released on PlayStationVR (PSVR) in early 2022.

“We’re thrilled to finally announce platforms for Sam & Max: This Time’s It’s Virtual!”, said Mike Levine, HappyGiant CEO. “We’ve created something insanely weird and fun. It’s breaking new ground for VR, while staying true to the Sam & Max / LucasArts vibe”, added Levine. “The folks at Big Sugar have been phenomenal supporting us and helping us bring the game to as many platforms as possible.” 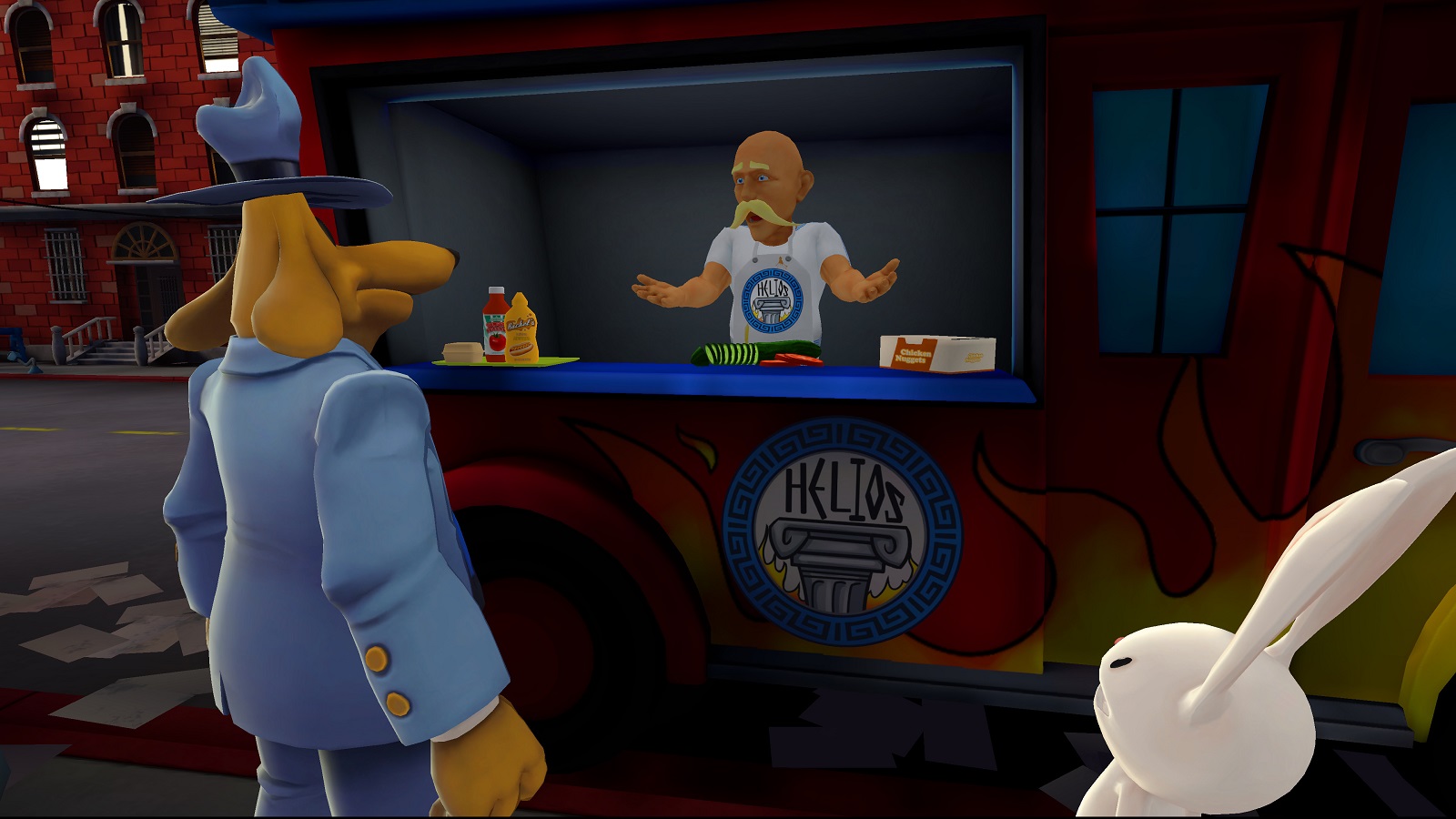 Sam & Max: This Time It’s Virtual! is the pair’s first original game in over a decade, as well as their inaugural foray into VR. It blends the banter and classic crime-solving adventure elements for which the duo is known with specialized Freelance Police training exercises, resulting in a fresh, eclectic experience that is unique to the medium.

Even multimedia evil-slappers like Sam & Max could use a hand, and this time they’re using the incomprehensible magic of virtual reality to invite the player into their off-kilter world for a furious day of monster-slaying, obstacle courses, responsibly discharged firearms, and, of course, saving the entire freaking world.

“HappyGiant has assembled an all-star team of LucasArts veterans, and created a game dripping with nostalgia, as well as being on the cutting edge of VR Gaming”, said Nick Alfieri, CEO of Big Sugar. “Whether you are an old school Sam & Max fan, or new to the franchise, this game has something for everyone.”

HappyGiant’s team includes Steve Purcell, the creator of Sam & Max, who is consulting on the game design, art, and story. In addition, other team members include renowned concept artist Peter Chan and writer/designer Mike Stemmle, both of whom held lead roles on LucasArts 1992’s Hit the Road. Julian Kwasneski and Jared Emerson-Johnson of Bay Area Sound, who worked on the Telltale series, are also on board. David Nowlin and Dave Boat are returning to voice Sam and Max.