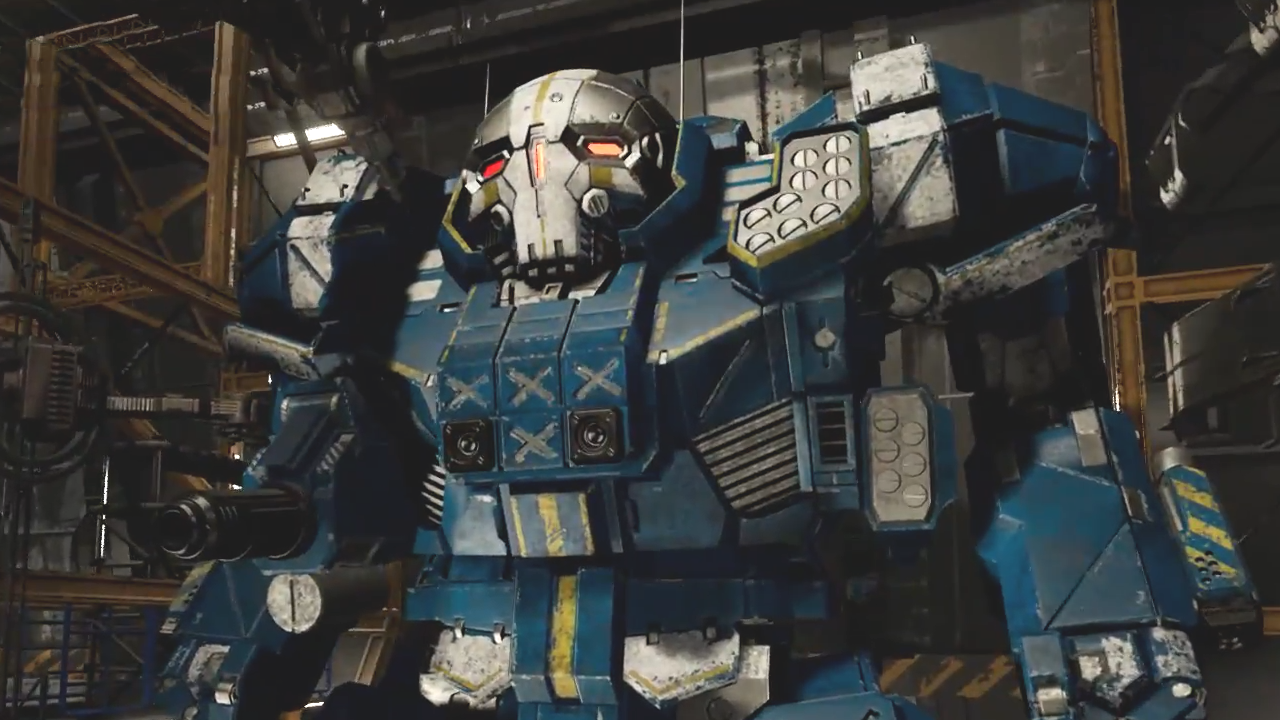 With the launch of MechWarrior 5: Mercenaries (you can read our review here), we sat down with Russ Bullock, President and Executive Producer of Piranha Games  to talk about the run up to the launch, the process of bringing it to life, and what we can expect post-launch.  Big thanks to Russ and his team for taking the time.

GT: First off, thanks for taking the time. You are right on the edge of releasing one of the most anticipated games of the year — congratulations to you and the team! What are you doing to celebrate?

Russ: Thank you, after working on this project for such a long time it definitely feels strange to be at the end of it – of course, we’re going to be issuing enhancements and updates in quick succession after launch, but we all plan to take some time off for the holidays for sure. It’s been a labor of love and we hope fans are happy.

GT: Let’s start at the beginning — what timeframe does MechWarrior 5: Mercenaries take place?

Russ: The game begins in 3015, right around the time before the Clan Invasion. There’s an incredible amount of lore out there. Fans interested in checking out the events that brought us to this particular time in the Inner Sphere – we suggest browsing the Sarna timeline. But this particular time period encapsulates a time in the Inner Sphere where a lot of great technological advances take place and a lot of tension exists along the borders of the great houses.

GT: Obviously by the title, this game is meant to appeal to old-school Mechwarriors. What should new players know who haven’t had a chance to try a game in this franchise?

Russ: It’s very in-line with what traditional MechWarrior games have been – this is a game that provides what we feel is a terrific singleplayer game that takes advantage of the latest tech today’s PC gamers can harness. New players don’t need to play the older games to dive in and have fun, but if they need to know one thing it’s that MechWarrior games are very much a simulation-style game in terms of gameplay. It’s not a run-and-gun game. Each ‘Mech is designed to look and feel like it would if you were really driving a 20-100 ton metal machine, and you have to pay close attention to your environment as much as your enemies.

GT: You guys brought MechWarrior Online to life (I’m a Founder!). What are some of the big lessons you brought forward for MechWarrior 5: Mercenaries?

Russ: I don’t think there is any doubt that our largest strength over these past 8+ years of MechWarrior development is in Mech Combat. The core combat experience is still probably our core strength. The type of combat that no matter how many times you do it there is at least a few minutes every mission where you get completely lost in the action.

GT: What sort of retooling and redesign did you face bringing cooperative play into the game?

Russ: Well at its core you want the Co-op client players to experience the exact same thing as the Host and if they were playing the game single player but even putting what is maybe thought of as “basic” peer to peer co-op play means that nearly everything in your game now has to at least “consider” how it will behave in a multiplayer setting when it comes to replication. So it probably doubles the amount of work in many areas of the game.

GT: What’s the most amazing cooperative experience you’ve seen in testing? What was the biggest surprise?

There have been a few great moments during development. The first one was probably playing the 4 super pods together at MechCon in a cooperative match. That was a pretty special moment. As to surprises I think it was when I realized even before testing that we were going to need to put in some difficulty modifiers for Coop play based on how many human players were involved. Through testing we found what should be good for most players. Of course its very difficult to balance the game hard enough for core MWO players.

GT: While I can certainly fight for houses, my loyalty is to MONEY. I’m trying to get paid…that King Crab isn’t gonna maintain itself. Can you talk us through some of the economics of MechWarrior 5: Mercenaries?

Russ: Everything I feel is likely as you would expect. Larger and high quantity of mechs cost more to maintain on a quarterly bill but also to repair each time. Pilots get more expensive the more skilled they are and traveling via jump ship is expensive. The Meta game for MW5 unlike anything you have had in a MechWarrior game before. You should think carefully about where and when you travel and how you plan your repairs. Staying in the warzone longer with multiple mission worthy lances could be a smart move to minimize how often you travel to repair.

GT: Ok, ok…so the Houses do pay well. What Houses can we expect to see in MechWarrior 5: Mercenaries?

Russ: There are a lot of factions in MW5. When the game starts in 3015 you have the 5 great houses of course like Liao, Davion, Kurita, Steiner and Marik, but there are also many others you can take on contracts for. Also as the timeline advances new factions will become available as the map of the inner sphere changes.

GT: Destructibility is a big part of having a giant stompy robot. We’ve seen in trailers, and our hands-on time at MechCon that you can destroy buildings, but we’ve not seen just to what extent. Can you literally level a city with your mech’s feet and firepower?

Russ: Depends on the city but there really is only one building type that looks like an office tower which has a solid core that will prevent it From coming down completely but otherwise yes and some cities without those building types will completely flatten out.

GT: Heading into the bay, how does salvage work? Are we working with a full paperdoll system to tweak our mech build? What about prebuilds for those who don’t want to tinker?

Russ: Before you take a contract you will negotiate for the number of salvage points you can have, based on that you can select from the spoils of the battlefield post mission. Yes the Mechlab has a full paperdoll system as you put it to modify each component. All mechs come with their default base configuration if you don’t want to tinker.

GT: How many mechs can we expect to see in our bay?

Russ: Well the player has 12 active hangar slots to put mechs in that they can immediately take into a mission and they can store up to an additional 50 more into cold storage. Mechs need to be brought out of cold storage to be sold to be used in a mission.

GT: It’s less of a question and more begging — can you please bring MechWarrior 5: Mercenaries to Virtual Reality? I need this in my life.

Russ: Post release we will take another fresh look at VR. The Challenge with a big full featured graphical game like MW5 mercs is getting a stable 60 fps per eye.

GT: What peripherals are you expecting to support? I’m ready for dual-stick pedal-stomping craziness. Any chance of hardcore setups, and do you have any in the office?

Russ: We have a lot of the full HOTAS systems here and they are all great in their own way, dual sticks, foot pedals. There is something here for everyone.

GT: You’ve had a partnership with the Harebrained Schemes team for BattleTech, which has founder Jordan Weisman and Mitch Gitelman. Did you have an opportunity to drain this brain trust for information?

Russ: We’ve been fortunate enough to work closely with Jordan from the early days of MechWarrior Online and that relationship has continued through to MechWarrior 5. Jordan and Mitch have been a great resource for information and positive encouragement.

GT: For those that are new to the franchise, this IP is based on a tabletop game. What has your partnership with Catalyst brought to the table for this game?

Russ: Randall has worked with us since the early days of MechWarrior Online as well, and he penned original stories that are available for free on our website that provide context for events leading up to the start of MechWarrior 5. You can head to Mw5mercs.com right now and download them all.

GT: With multiplayer gameplay, I think it’s safe to say that the game will have a great deal of extensibility — what are you seeing in terms of campaign length in testing?

Russ: This is very dependent on how the player decides to play but I would say a very direct run through the campaign will be 25-30 hours. But a player could probably double that easily if they chose to.

GT: I believe the game has no microtransactions, cosmetic or otherwise. Does this mean you’ll be going with a classic expansion pack method to bring new content into the game?

GT: Anything people should know before the game stomps into view on December 10th?

Russ: This was a game I made for all MechWarrior fans that were dreaming of more freedom to run their merc units. I hope you enjoy it as much as I have enjoyed making it.

MechWarrior 5: Mercenaries is now available on the Epic Store.