Running a news network is always a tough thing to do, and tinyBuild has recently announced that its newest game, Not for Broadcast, will be released on PC via Steam Early Access on January 30. The game also has a prologue demo available now, where you’ll have to control what is broadcast on a news network, with hijinks and messy footage threatening your ratings.

In an alternate 1980s where the nation stumbles towards dystopia, join the National Nightly News team as they take you from laughter to dread in the course of a commercial break.

You only came in to clean the studio – but in a bizarre twist of fate, it’s now up to you to determine exactly what goes on air.

Players find themselves thrust into the hot-seat as they run the control desk of a national news channel, just as a radical new government comes into power. Not only must they keep the audience entertained with flashy editing, but they’re tasked with censoring inappropriate (or unapproved) language, cueing the best ads to fill their pockets, deciding the headlines and navigating extreme technical difficulties. 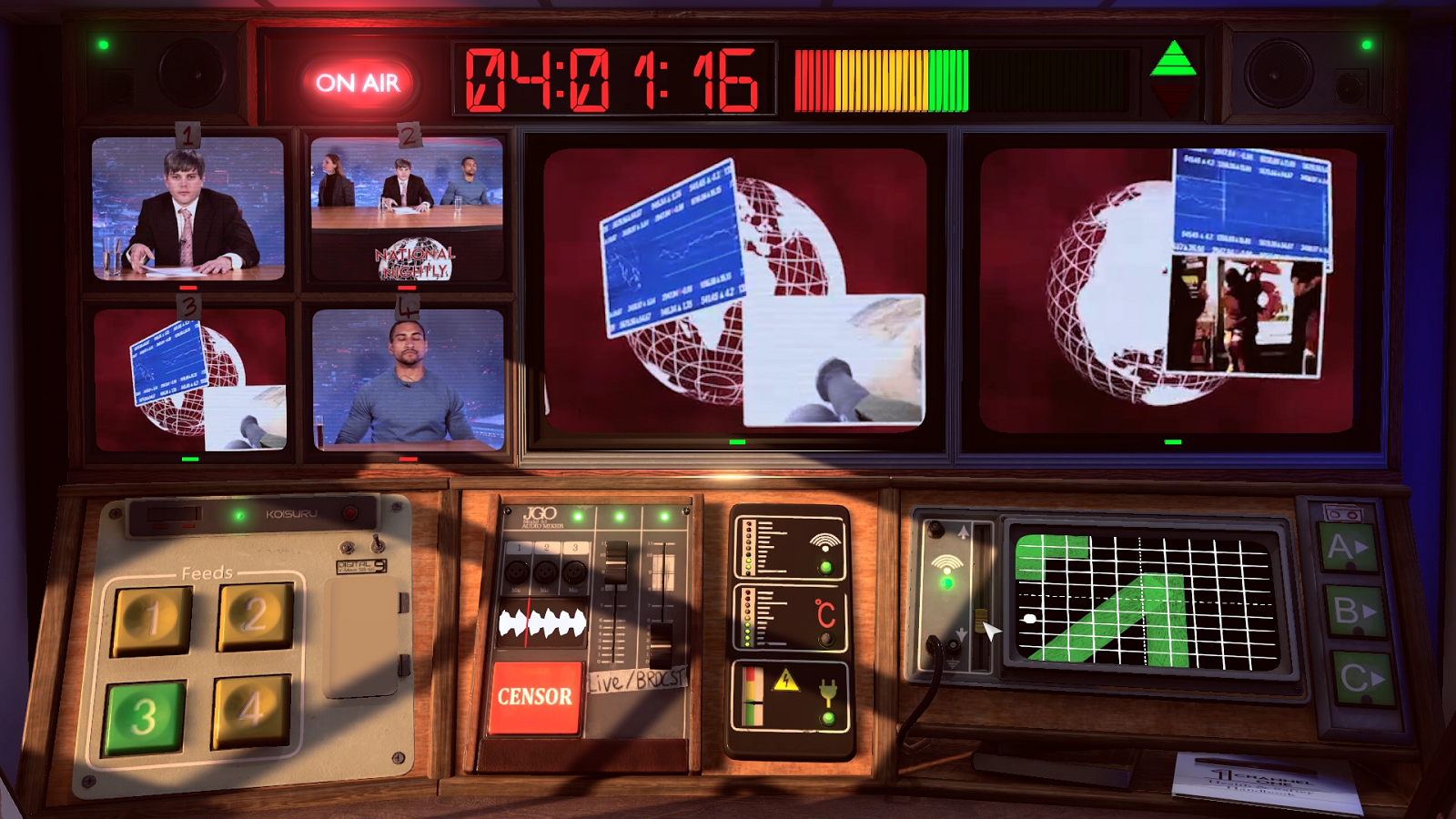 The free prologue episode, released today via Steam, features an introduction to running the National Nightly News switchboard while you manage everything from cueing advertisements, cutting an interview with pompous thespian Laurence Blundercatch, and live editing a public statement from the winning political party – after they’ve already had a few pints to celebrate.

Not For Broadcast will launch on January 30th 2020, initially with three full chapters. The game will grow and evolve in line with community feedback, with ten chapters planned for the final version of the game. The free prologue episode is available now via Steam.