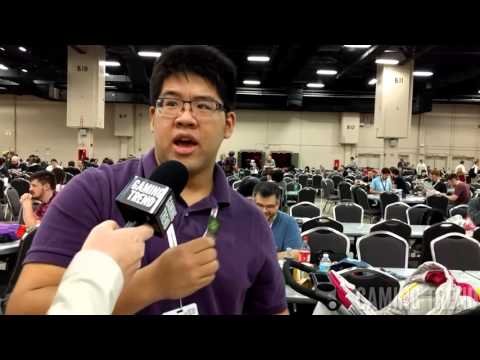 Laura stumbled on a prototype game that caught her eye at PAX South in San Antonio.  The game, Zombie Tower 3D, is already a hit in Japan, but this Summer the developers are going to take a shot at bringing it to North American shores.   We sat down with developers Ryo Kawakami and Kaya Miyano.   As they described it, you’ll have to work together to evacuate this 3D tower, creating a cooperative game that pushes past a simple zombie concept.  Fulfilling the escape conditions, or getting enough weapon and ammo combinations to stomp out the zombie horde gives you the keys to victory.  While we wait for the Kickstart, check out our eyes-on preview.