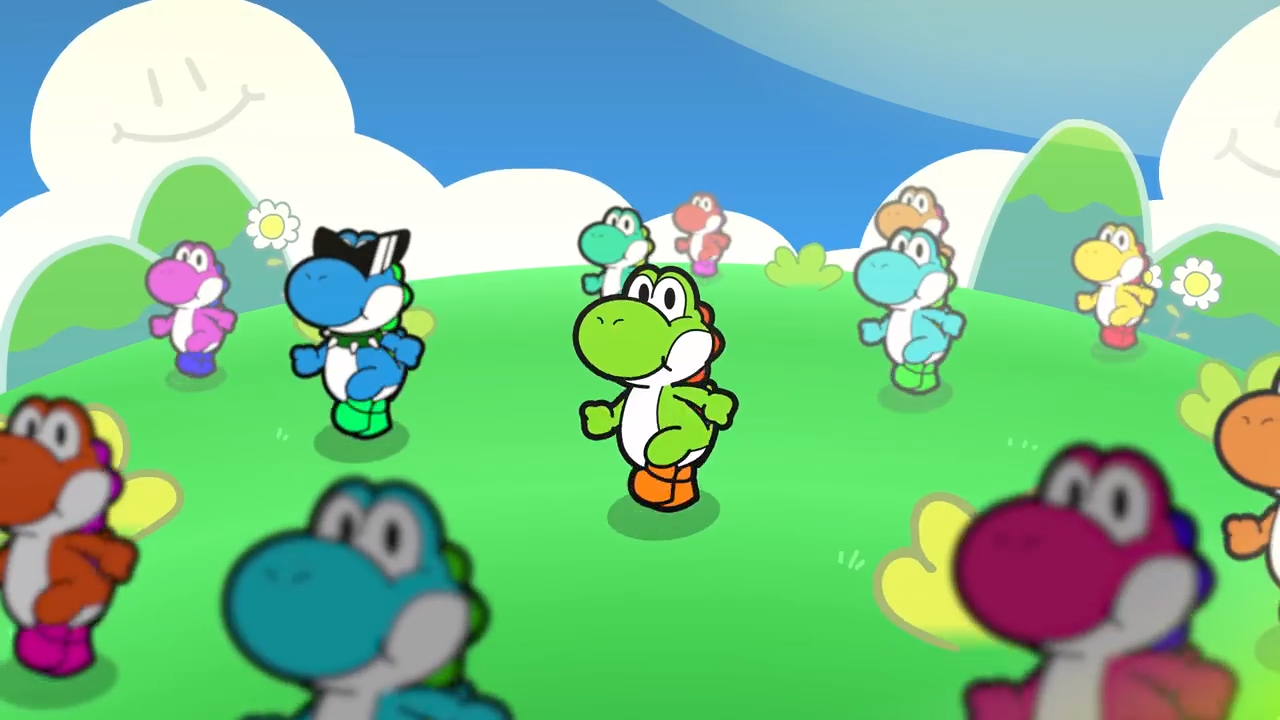 Released yesterday, Super Smash Heaven is Netherlands-based animation team 64Bits’ latest video, with the concept meshing together Super Smash Brothers with Rhythm Heaven. We got to talk with Niels Beekes about the channel, their success with previously released project Cupsouls, as well as some Smash-related questions. 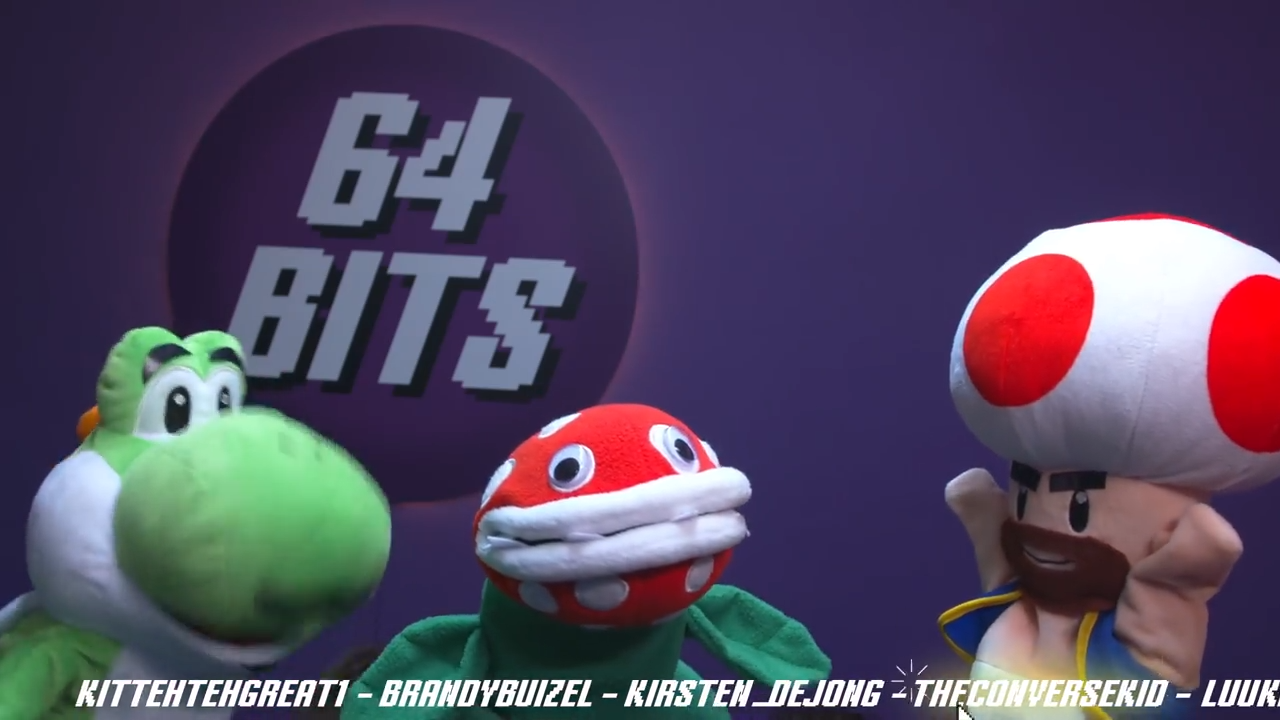 Hi, 64Bits! I just wanted to say thanks for letting me ask a few questions on this Q&A. Could you tell our readers a little about yourselves?

We’re team 64 Bits, a team of three animators: Niels, Nelis and Ryan! We have a little studio stationed in the Netherlands! We started a YouTube channel 2 years ago to make the stuff we really love! We had a huge success with our Cupsouls video, which is a combination of Cuphead and Dark Souls! We have been professional animators for a good while but wanted to start something for ourselves. The 64 Bits Channel was something we thought was a really awesome idea! As you can tell all our animations are about videogames. Professionally, we also animate a lot for videogames so it all fits together nicely!

With our videos we just really want to share the love about the topics and games we love, Smash Bros. and Rhythm Heaven being some of those!

Let’s get this out of the way: Favorite Smash fighter?

For me (Niels) it’s absolute Diddy Kong with his banana mayhem! Ganondorf for Ryan (he is good at Smash!) And Nelis loves heavy characters so King K Rool is his character of choice! 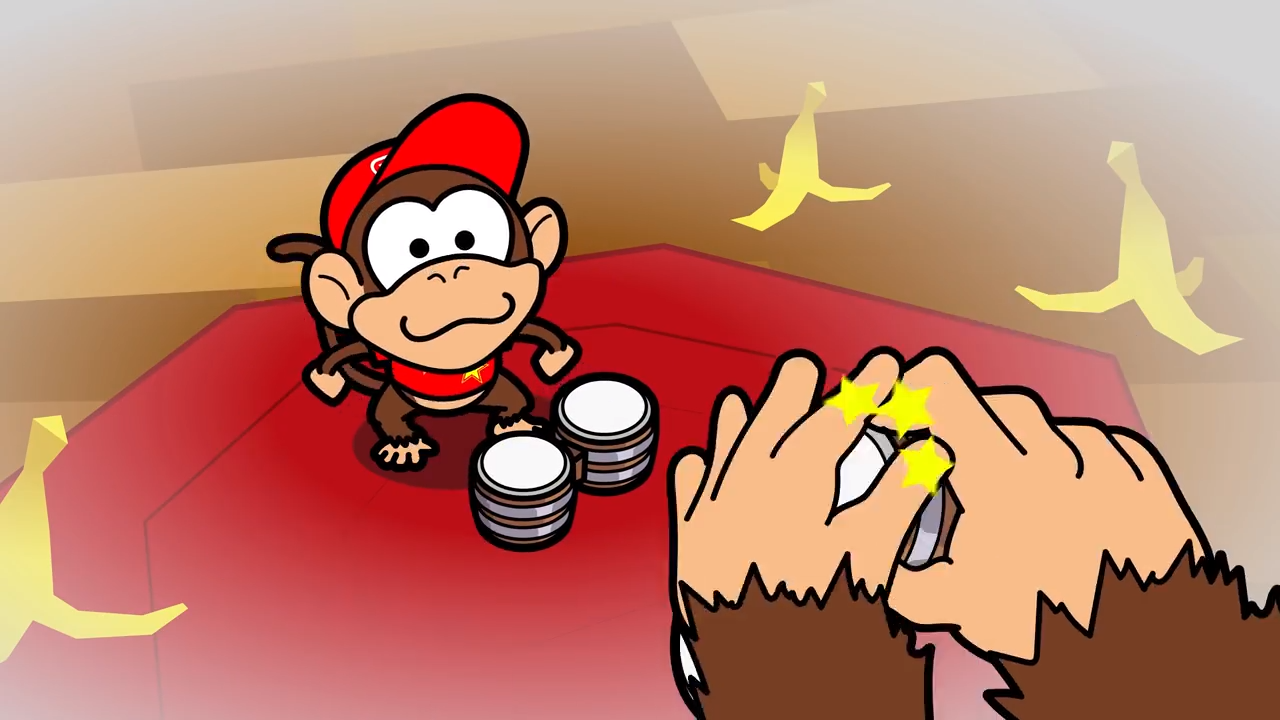 So Super Smash Heaven was released recently, and the video looks amazing. What was the main idea for the video?

We wanted to recreate Remix 10 of Rhythm Heaven. One of the most popular minigame remixes, but with the wide cast of the Smash Bros roster. Also playing with all the characters people want in and some memes that we thought were fun!

From your FAQ on the channel, you usually spend about two or three weeks on a short. What were some factors that made Super Smash Heaven take a little longer to develop?

We should really change that FAQ! These days it’s about three months! Normally its two or three months these days working on it most of the time. But the smash video we worked on it day and night… weekends too… we really wanted to get this video done… and perfect too! The main reason why it was so much work is because there are 32 unique scenes. No reusing characters or backgrounds here. Heavy stuff… but worth it, we think! 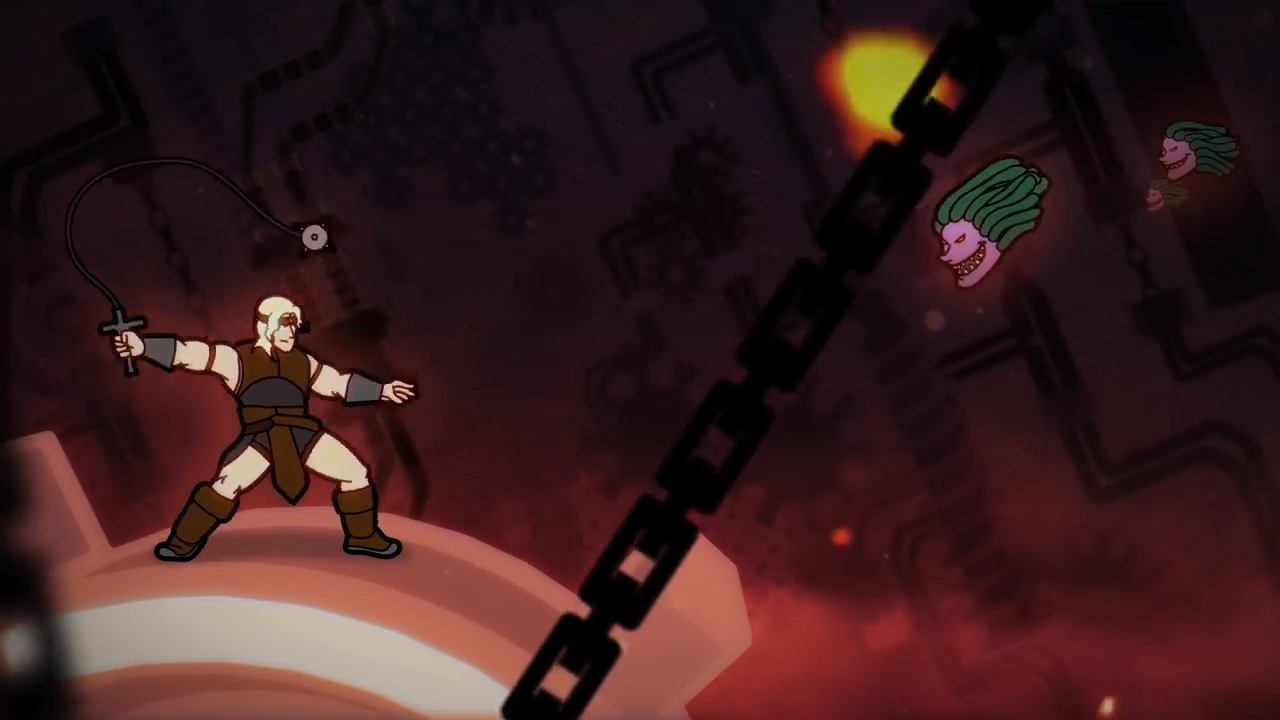 I’m a huge fan of Rhythm Heaven, so I appreciated how a lot of the clips corresponded to the original 10th remix on Rhythm Heaven Fever. Were there any parts of the video that were a tad difficult to create?

Some parts of the video were really hard to do. Mainly concept-wisewe had to reimagine the original remix 10 scenes with smash bros characters and smash bros situations. We had to improvise a lot. With the audio too! The Wii Fit Trainer and Castlevania one were hardest and we came up with them at the very last moment.

Considering your little Easter egg at the very end of the video (wahaha), who would you want next as Smash DLC?

Well the meme is people want Waluigi in… and yes… we want that too actually, haha… Ryan went nuts when Joker appeared as a challenger! He is a big Persona fan! But I think most of us would love Banjo Kazooie… maybe Conker? Solaire from Dark Souls would be amazing too! We’re super excited with all the new characters so far and can’t wait for new announcements! 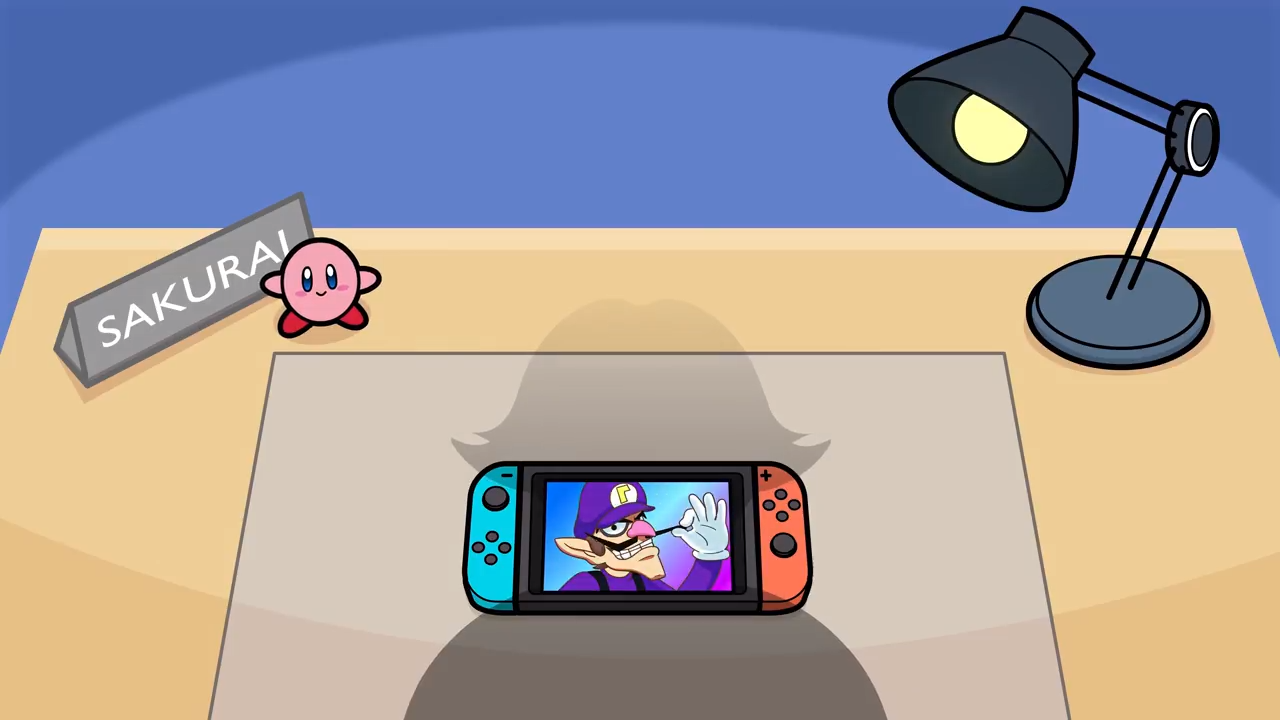 Your most popular video on the channel was a blend of Cuphead and Dark Souls (aptly named Cupsouls). What were your thoughts when you started reaching a viewcount in the millions?

When we launched Cupsouls and went to bed, it had 10k views and we had 2k subs. When we woke up it suddenly appeared as 300k views and 7k subs! We worked for a year to get those 2k subscribers, and suddenly that tripled over night! And after a week we were at 50k+ subs! That morning when i woke i remember shedding a tear for sure. (Okay maybe more than 1). We never expected it to be picked up THAT well! When people ask what we animate and we give examples of what we do most of the time people will just say: “omg you’re the Cupsouls guys!” Haha, it’s very cool that so many people love that video! We loved making it too! 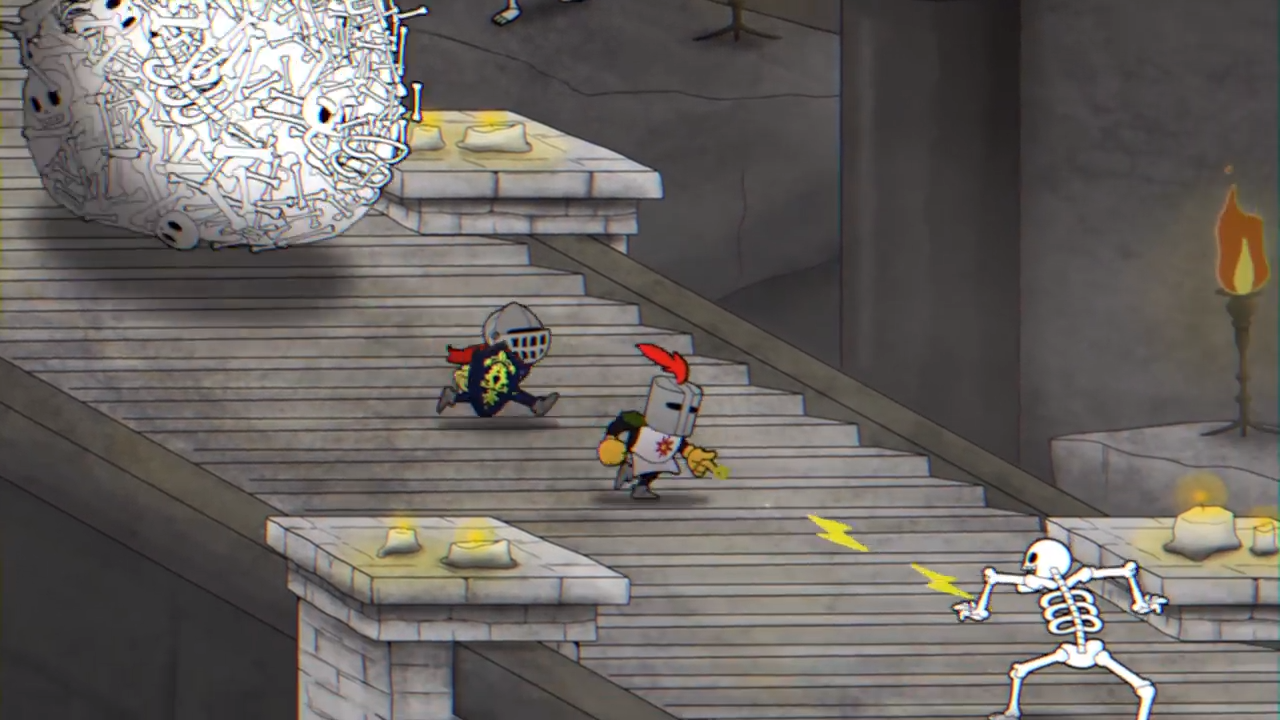 Out of your currently released videos, which one is your favorite?

Our favorite latest video (that is not Smash or Cupsouls)… Well, that depends on who you are asking. I love the Pikmin one for its silliness, but I think Ryan and Nelis would pick God of War! Both were a ton of fun to make!

Are there any ways that fans can support you?

There are a couple of great ways to support us! Our Patreon is a great place where we have a bunch of perks: https://www.patreon.com/64Bits but joining the channel with a Channel Membership is great too! www.youtube.com/64bits/join/ 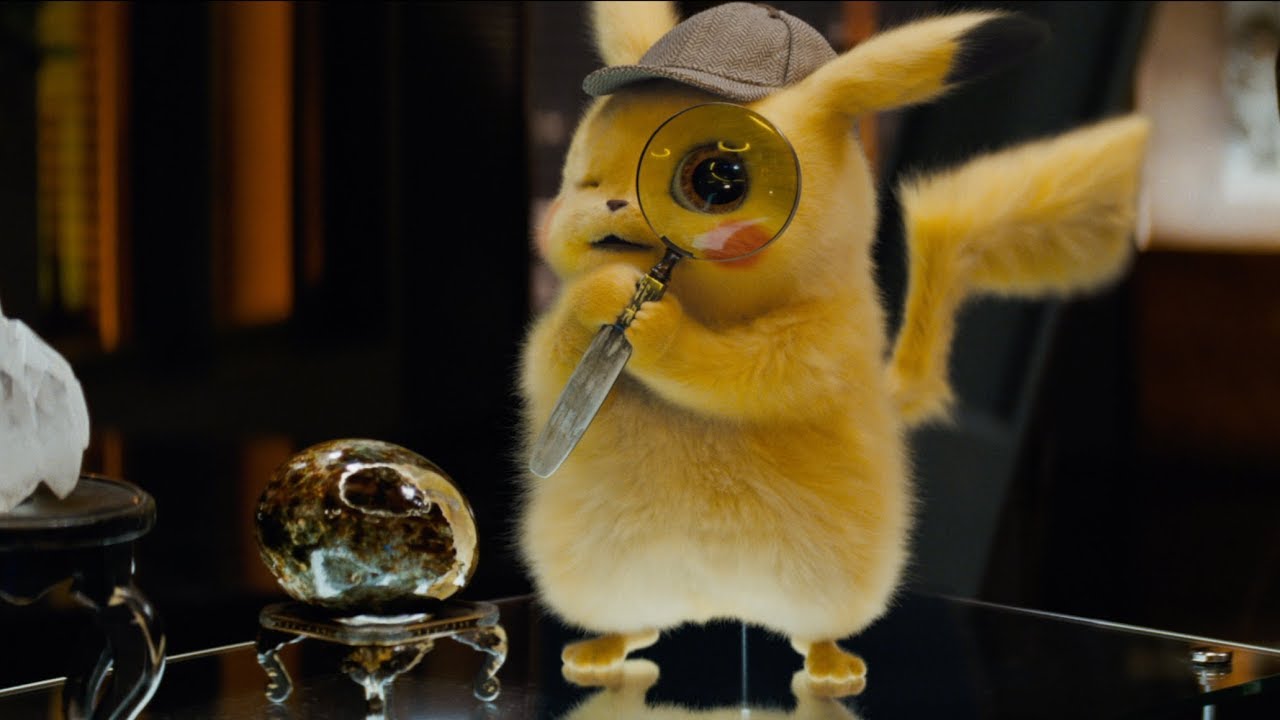 Check out 64Bits on Twitter and Youtube, and stay tuned for more news and interviews here on Gaming Trend.