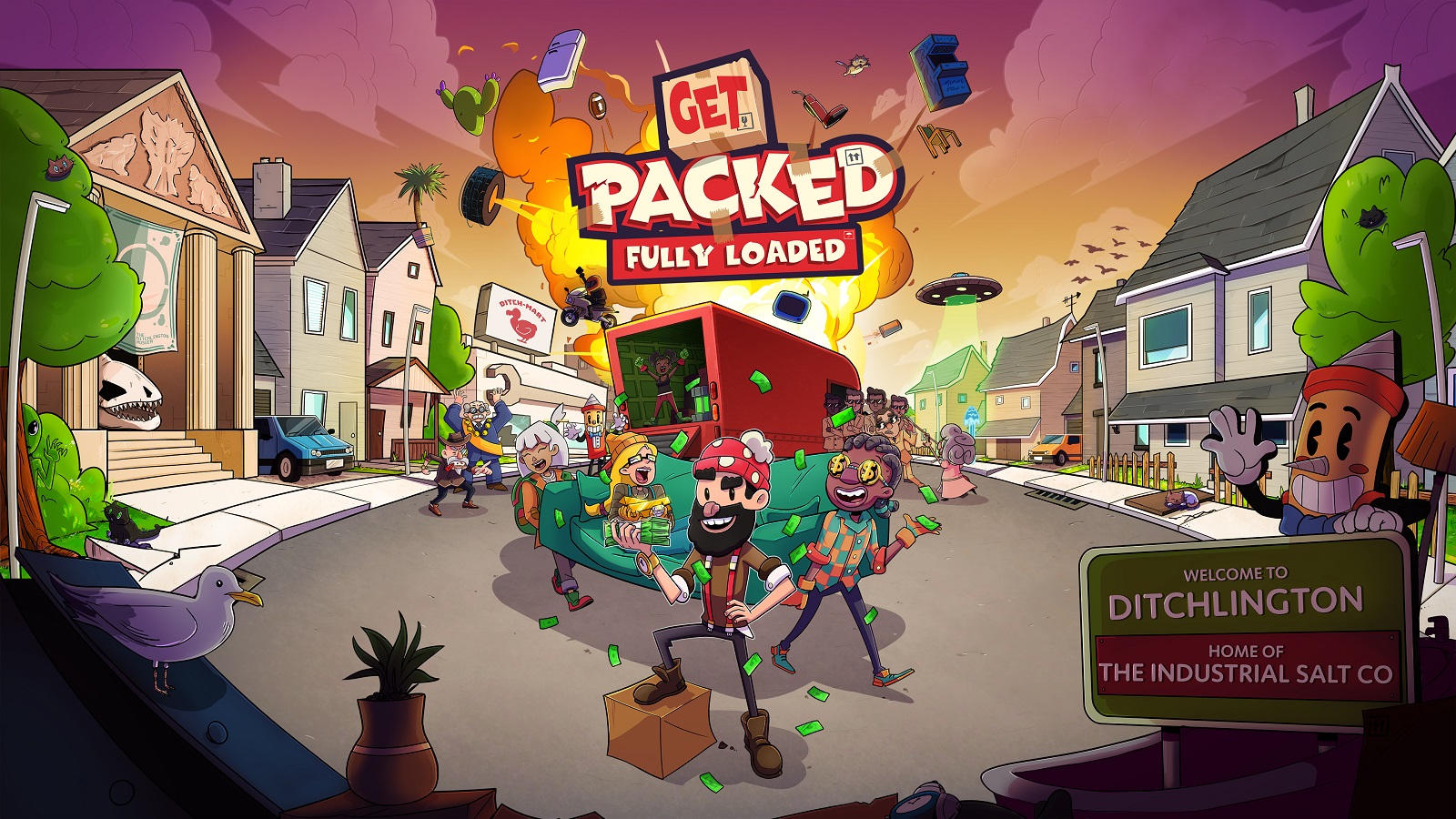 Released last year exclusively on Google Stadia, Moonshine Studios’ Get Packed will now head to consoles and PC on July 29, with the Fully Loaded expansion heading to Stadia soon too. We got to talk with Moonshine Studios co-founder Dr. Marcus Gardner about his thoughts regarding the upcoming expanded console version, as well as what it was like developing the original game on Google Stadia.

So Get Packed is heading to more consoles and PC this month! How is the team feeling about this expanded launch?

We are all incredibly excited! Since launching on Stadia last year, we’ve all been really looking forward to releasing the final chapter to conclude the game’s story, but due to unforeseen circumstances, we had to delay its release. We really enjoyed our initial launch on Stadia and seeing the community react to and play our game, but to be able to see the fully envisioned version release, not just on Stadia but on Console and PC as well, and get into the hands of a much wider audience, we just can’t wait! 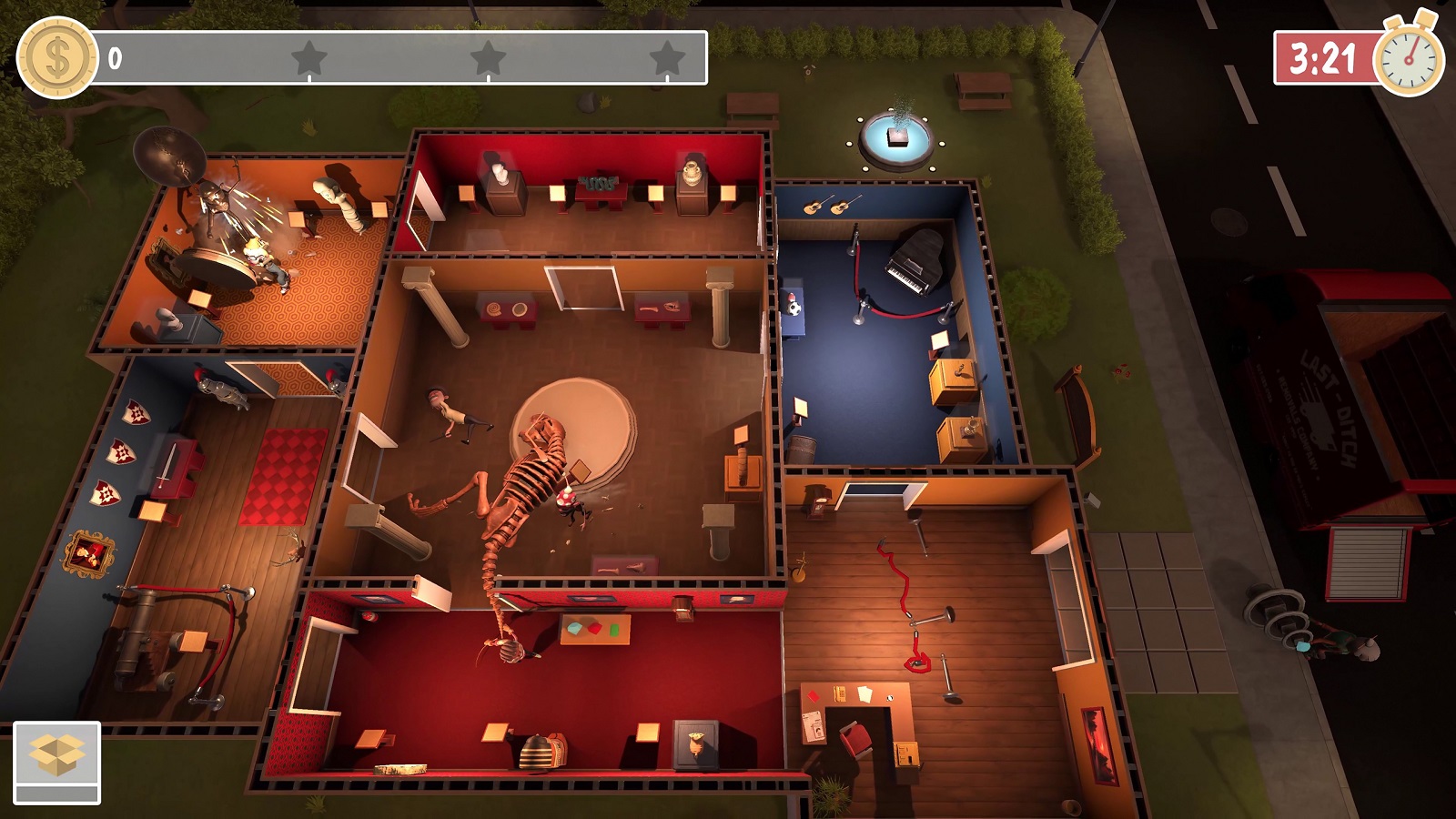 Get Packed was a Google Stadia exclusive last year; what were some cool things or challenges you had in developing for the cloud gaming platform?

As with any brand new platform, Stadia development was going 100mph, which meant that there were constant changes in engine and tool support versions. We had to update Unity versions several times during development because Stadia was updating so quickly. Keeping everything up to date was a real challenge. On the plus side however, Stadia had really powerful PC hardware behind their streaming services, which meant that everyone could experience the game the way it was meant to, with physics turned up to the max, while still hitting that 60fps in 4K!

Were there any hurdles you had to go through in order to port the game onto other consoles?

We didn’t realise how much work it would be to get everything running smoothly on console; we were a bit complacent having had access to powerful Stadia hardware previously. We spent many months optimizing physics, AI, scenes, and graphical rendering to get it to a state we were happy with. 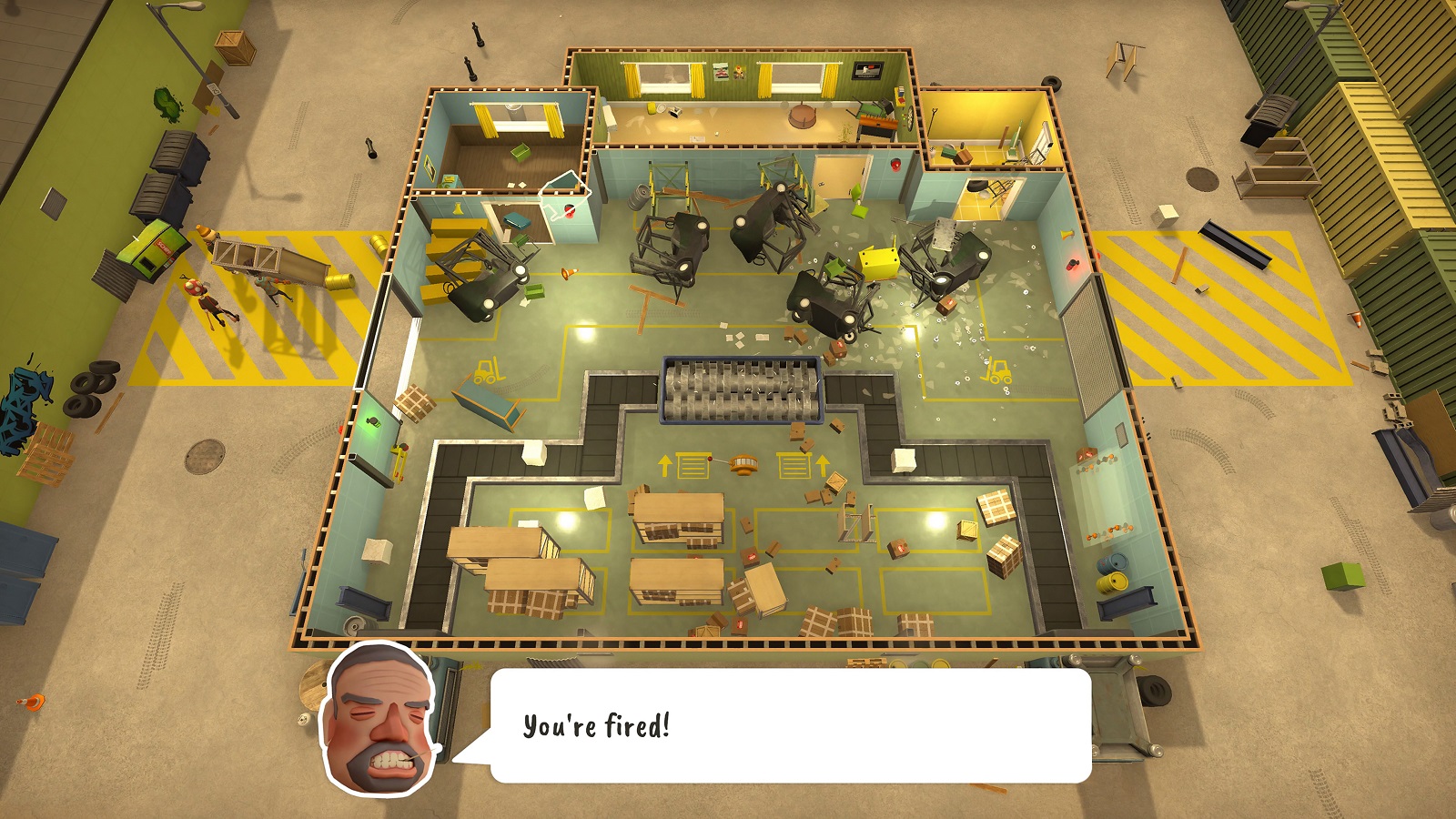 The Fully Loaded expansion will feature a ton of never-before-seen content. What is something in the new DLC that you think players would appreciate?

Those who have played our game on Stadia would have been looking forward to the final stage for over a year now, so we are really looking forward to finally getting it into their hands. But on top of that we are offering an entirely new epilogue stage with a number of fun ideas we wanted to make with some of the existing physics mechanics. The Stadia community really enjoyed competitive multiplayer, so we made sure to add some brand new versus levels, as well as adapting some of the campaign levels for competitive play! Perhaps my favourite addition is the Time Attack game mode, which gives talented packers the chance to clear out entire levels as packing items adds time on to the clock!

From the story to the physics, the game doesn’t take itself too seriously and it’s so much better for it. Were you thinking of any other narrative ideas for the game before you settled on the town of Ditchlington?

Get Packed was designed with physics-based comedy at its core, so we had a large list of different physics mechanics that we thought could be fun while we were still at the conceptualization stage. From there, we looked at how we could fit them to different scenarios and themes, so when writing the narrative for the game, we wanted to tie in a story that allowed us to increase the quirky wackiness of the physics over time.

While the game can be played in single-player mode, it’s a lot more fun with friends. What makes couch co-op games different from other multiplayer experiences?

Get Packed was designed very much as a couch co-op experience, whether it is being played by a couple, parents and their kids, or a group of friends. While physics can be very unpredictable, which can lead to some very funny slapstick scenarios, a lot of the game’s enjoyment is also created by players interacting with each other, whether it is from an off-the-cuff comment, harmless trolling or contagious fits of giggling. We mostly just use slapstick physics-based comedy as a catalyst. This can of course be enjoyed thoroughly online, but it is the nuances in facial and body expression that make couch co-op experiences all the more enjoyable. 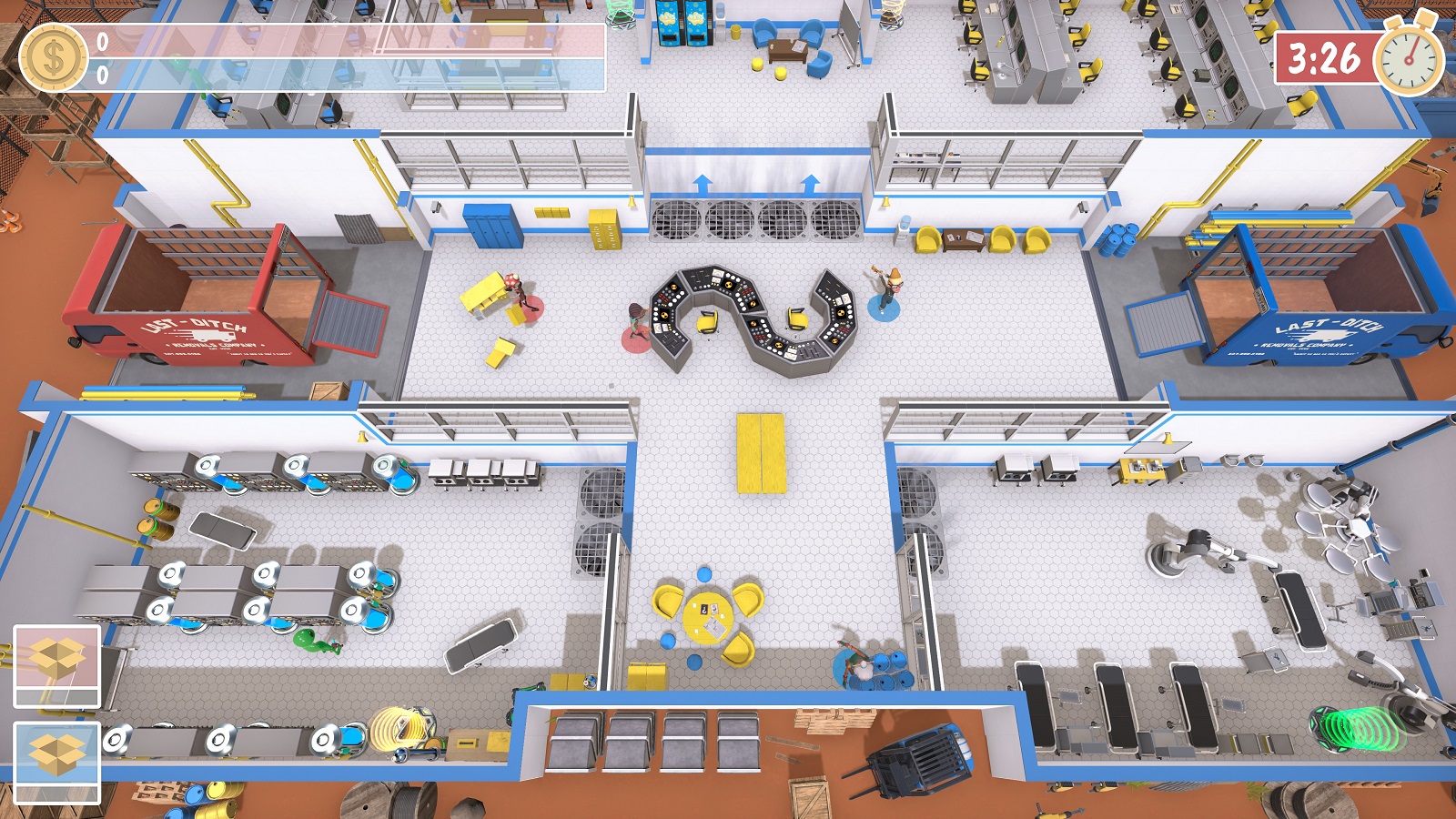 What is the perfect co-op experience for you?

For me, the perfect co-op experience will always be found on the couch. While I love co-op games where players purely have to work together in order to win, it is the games that add a degree of competitiveness that I always enjoy the most. Going head-to-head as two teams of players has the best of both worlds. Seeing you and your co-op partner secure a clutch victory against an opposing team at the moment of certain doom, or seeing it all fall apart before your very eyes are some of my favourite moments, but it is also the banter between opposing teams that make it all the more satisfying.

If Get Packed were to get more expandable DLC, what else would you want to put in the game?

We still have a massive list of different physics mechanics, scenarios and themes we would love to create levels from, however we just didn’t have the time or resources. We would love to put some themed stages together and tie them in with a small side-story, similar to that of the new epilogue chapter. Whether that is a level based around the chaos of British parliament or the flashing light in a theme park.

Where can our readers find you in order to stay up to date on future projects?

Finally, are there any last words of wisdom you’d like to impart to our readers? Perhaps your favorite thing to do outside of game development?

As much as I enjoy making games, I also love playing them! Whether it’s booting up an old game from my childhood, or diving into a new game genre I have never tried before. The Indie games scene is very exciting to be a part of and being able to find something new and interesting all the time is one of the greatest things about it. As the world starts re-opening its doors again, jump on the couch with a few friends and play games the way they were meant to be played!

You can check out our review of the game here, and stay tuned for more news here on Gaming Trend.