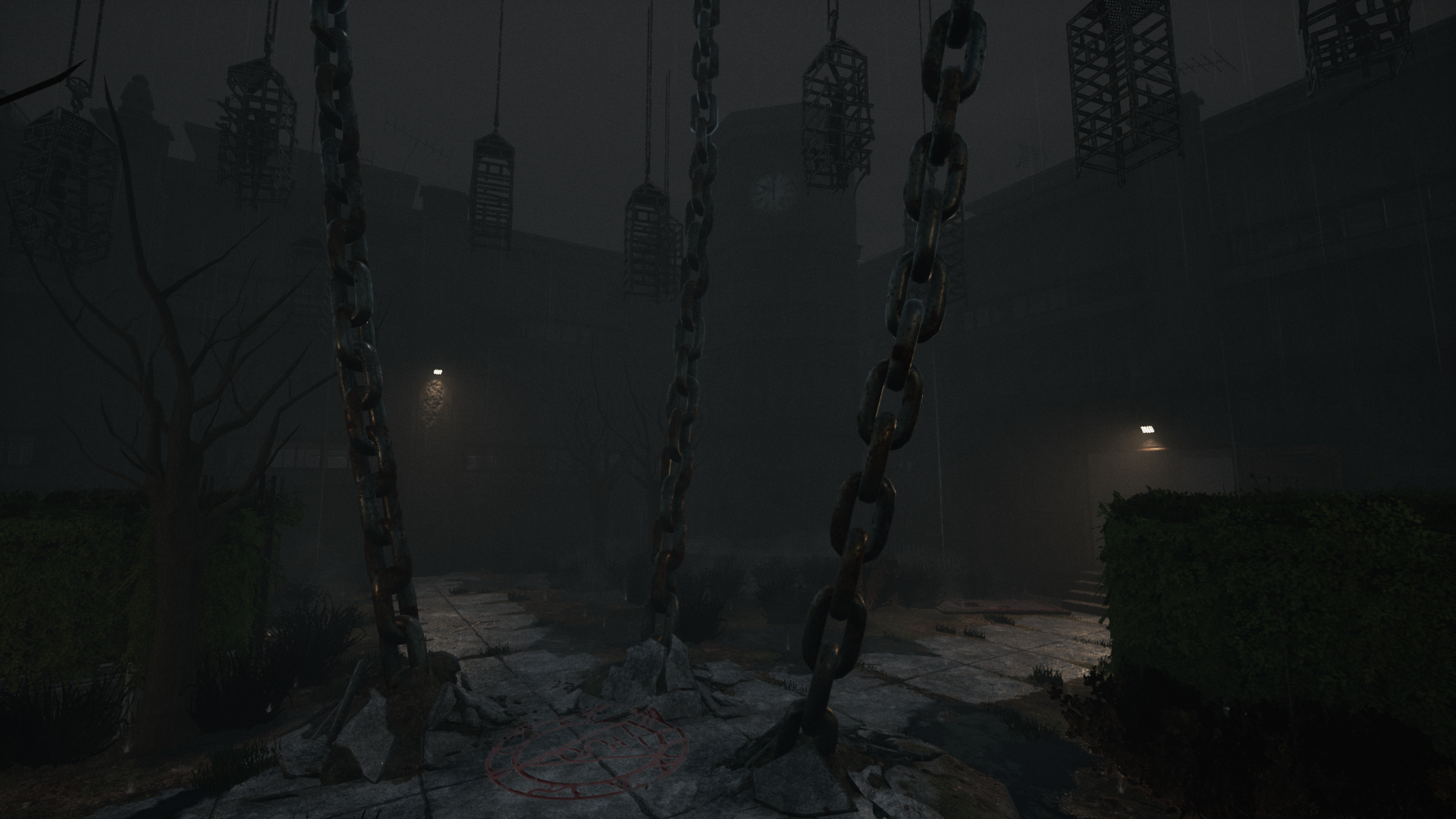 At this point it’s been revealed what Chapter 16 of Dead by Daylight consists of. For their 4th year anniversary, it seems as if the horrors of Silent Hill have been captured by the Entity as well. A few days before the official announcement, I was lucky enough to sit down with Game Director Mathieu Cote, Creative Director Dave Richard, and Head of PR Marie Claude Bernard over Skype to get a sneek peak at what was coming today. I asked a few questions as I sat there blown away by the announcement, and I’d like to share it with all of you.

Codi: I did have a question about the torment cages. Are other survivors able to rescue each other just like they can from the hooks?

Dave: Absolutely, yeah, they work a little bit like the hook; well, mostly like the hook. You can’t attempt to escape by yourself in the first phase. Survivors are able to rescue you out of the cage, and also there is a new struggle phase. Instead of just tapping the spacebar, you actually have skill checks to succeed in order to stay in the cage for a longer period of time.

Codi: As for the trenches, is there a limit to how much space you can put the trenches in?

Dave: Yeah, just a disclaimer before I go into this, how the gameplay works might change. Of course we’re going into the PTB and there are some values that are going to change, but I can still answer this question properly I think. There’s actually a lot of “ammo” if I can say; it is limited, and if you’re using too much, your earliest trench will disappear. Um, also when you use them in some very specific zones, say for example around the hooks or around the gens, they will disappear quicker than areas like doorways and vault areas for example.

Codi: Okay, I was making sure somebody couldn’t just trench everywhere they could as soon as the match starts.

Mathieu: The thing is, that would take a long time. So during that time, you’d be able to finish the gens. 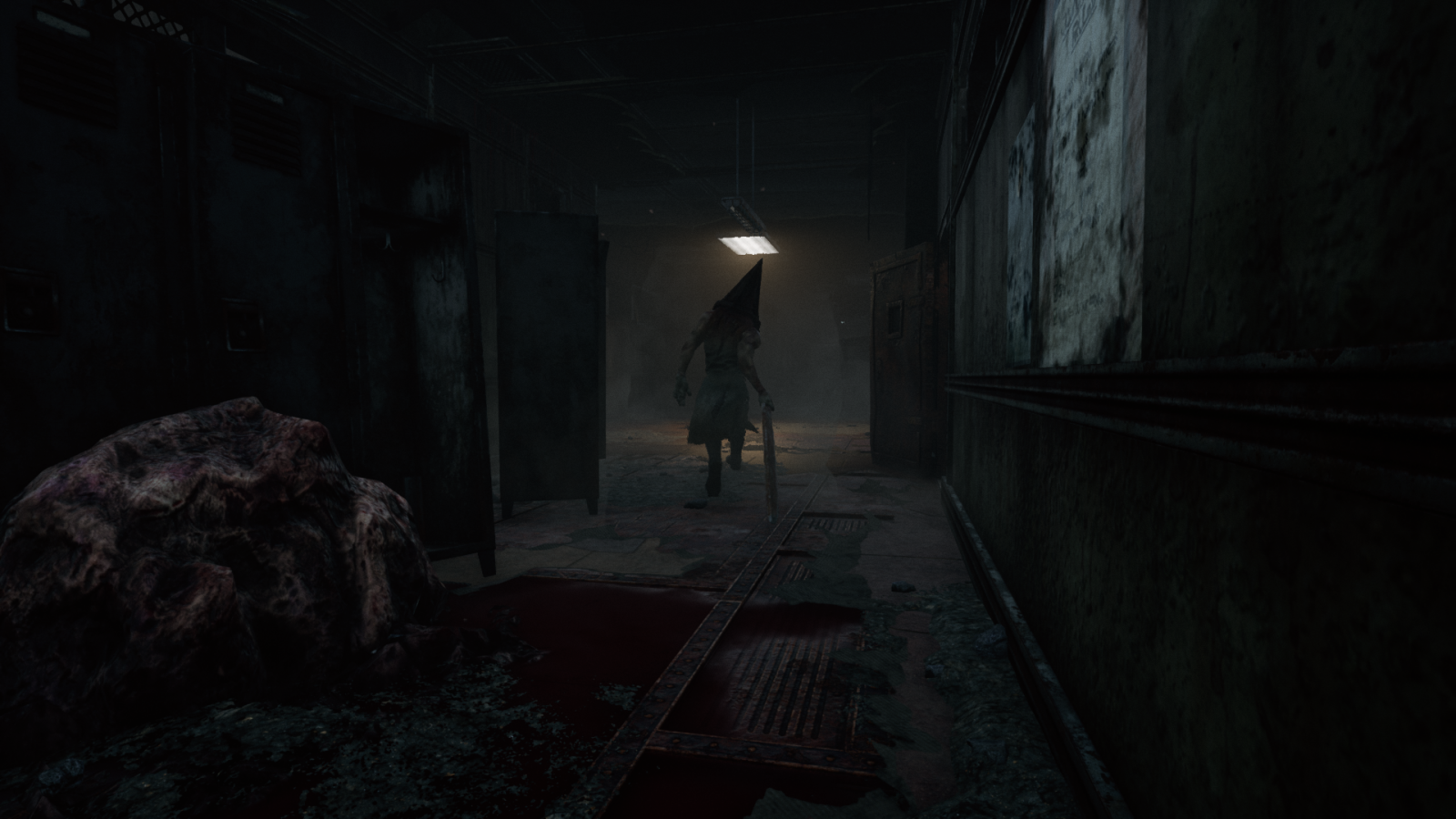 Mathieu: There is one thing that I need to add here. We had a bit of a surprise while developing this; we heard back from our partners in Japan that Mr. Akira Yamaoka, the original composer of Silent Hill music, is in fact a big Dead by Daylight fan, and he was hoping to collaborate with us on something. So this was a perfect opportunity that we did not miss, and we’re happy to announce that the music of Dead by Daylight: Silent Hill chapter is actually a collaboration between our own composer, Michel April, and Mr. Akira Yamaoka. Which is absolutely awesome.

Codi: That’s incredible! Going back to the Pyramidhead, when creating his perks, was there anything you were trying to change up in the meta-game?

Dave: Uh, yes, I mean every time we design perks, we want to add a low level entry perk, a medium kinda understanding of the game perk, and then a more meta-changing or more extreme perk that’s more advanced in its usage. We always have that in mind, although it’s incredibly difficult to exactly know with a lot of hours and a lot of players trying different combinations, if one is actually going to be a meta-changer. It’s something we keep in mind, but it’s not something we aim 100% to have.

Codi: Right, like I was thinking about how some of the additions have made people have to be more careful about stuff like when Iron Maiden got added, people had to be a lot more careful about going into lockers, or Hex: Retribution made people be more careful about breaking every dull totem. Nobody really cared about that before because there was no punishment, but these changes make you question every choice you make. Are you going to do something good, or are you going to screw over somebody? That’s always our fear when breaking hexes; is this Haunted Ground or is it something safer?

Dave: There’s definitely one of these new perks like this. We have Forced Penance, which when you take a hit for another survivor, you gain the broken status effect. That’s one of the perks of PH, so that will be an action where you need to be more careful. 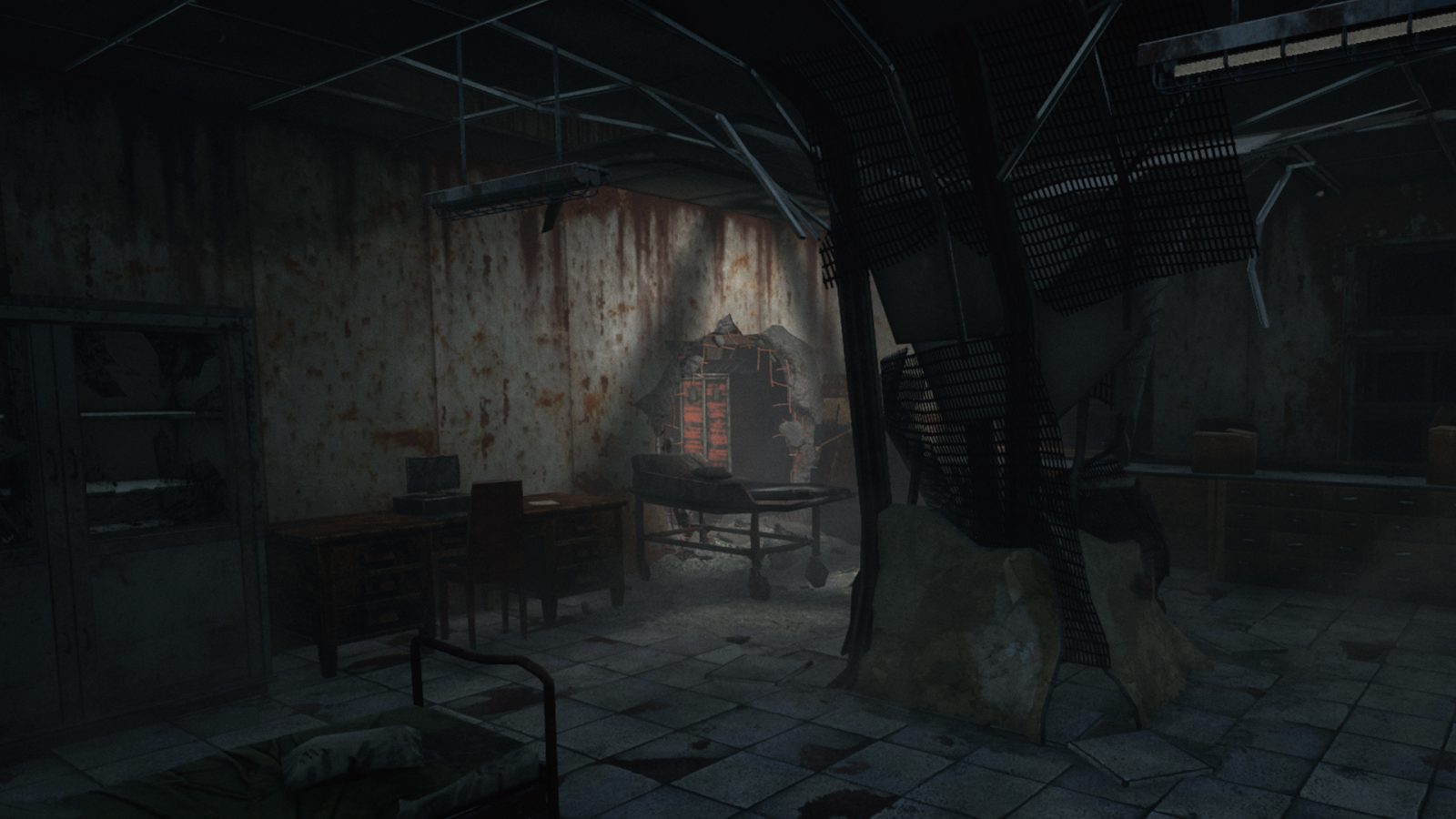 Codi: Since I’m sure you guys have other appointments to keep too, I’ll ask one last question. Speaking of the anniversary coming up, how does it feel knowing that it’s about to be four years since you guys created this and what it’s grown into. From the few starting characters you had, to now where we have a bunch of characters, along with I believe 69 perks on one end, and 74 on the other?

Dave: It’s pretty incredible, Mat, I love your answer, but just because of the perk comment, I wanted to add something. Like creatively, it’s crazy and the team is really talented, and you know, chapter after chapter we’re kinda in a mind-boggle, like oh my god, there’s so many things we need to consider. At some point it’s going to get too complicated, but every chapter we’re like “oh there’s more stuff we can add into this and it’s really interesting.” It’s fantastic, it’s a great feeling.

Mathieu: We’ve also embraced the beautiful chaos that is Dead by Daylight. It was never meant to be a beautifully balanced blade of competition, it’s not an exact science. It’s a beautiful chaotic place where crazy things happen all the time, uncertainty is why it’s fun, and that’s why you always get these crazy stories that pop up every time you play the game and something new happens. So we sort of took that in. As far as how far we’ve come in four years, it’s insane. Batshit crazy is the correct term I’d think. Like I said, we launched this four years ago with a small offering of three original killers and four survivors, with some cool hide-and-seek gameplay going. I think, hey, we’ve got something fun and we hope people enjoy it. Now today we’re talking about how 20 million people have played Dead by Daylight so far, and we just had a day where one million people were playing during that one day. It’s crazy, we’ve just made a chapter in collaboration with Konami based off of one of the most legendary things in the culture of video games. It’s insane, but it’s really really cool, and it just lights the fire and makes us want to keep doing more, every single day. With each new chapter, we hope this is the best one we’ve ever done, and we believe this one is probably the best one we’ve ever done, and we’ll keep doing that for the next couple of years. For as long as people want more.

Codi: On my end, I don’t have other questions, but I wanted to thank you all for the invitation to be here and be a part of this with you. I appreciate the opportunity, and just please keep doing what you’re doing because it’s amazing and I love it. I play it at least once a week with my friends, so thank you.

For any other questions you may have about the new Dead by Daylight: Silent Hill chapter, be sure to check out our news here on Gaming Trend, along with the official Dead by Daylight Twitch account that has the 4th anniversary stream posted. We have a few weeks to wait, but I hope this little bit of extra info made you more excited to either check out the game or keep playing. It definitely has for me. For now, be wary of the killers, protect your fellow survivors, and don’t let the Entity win!