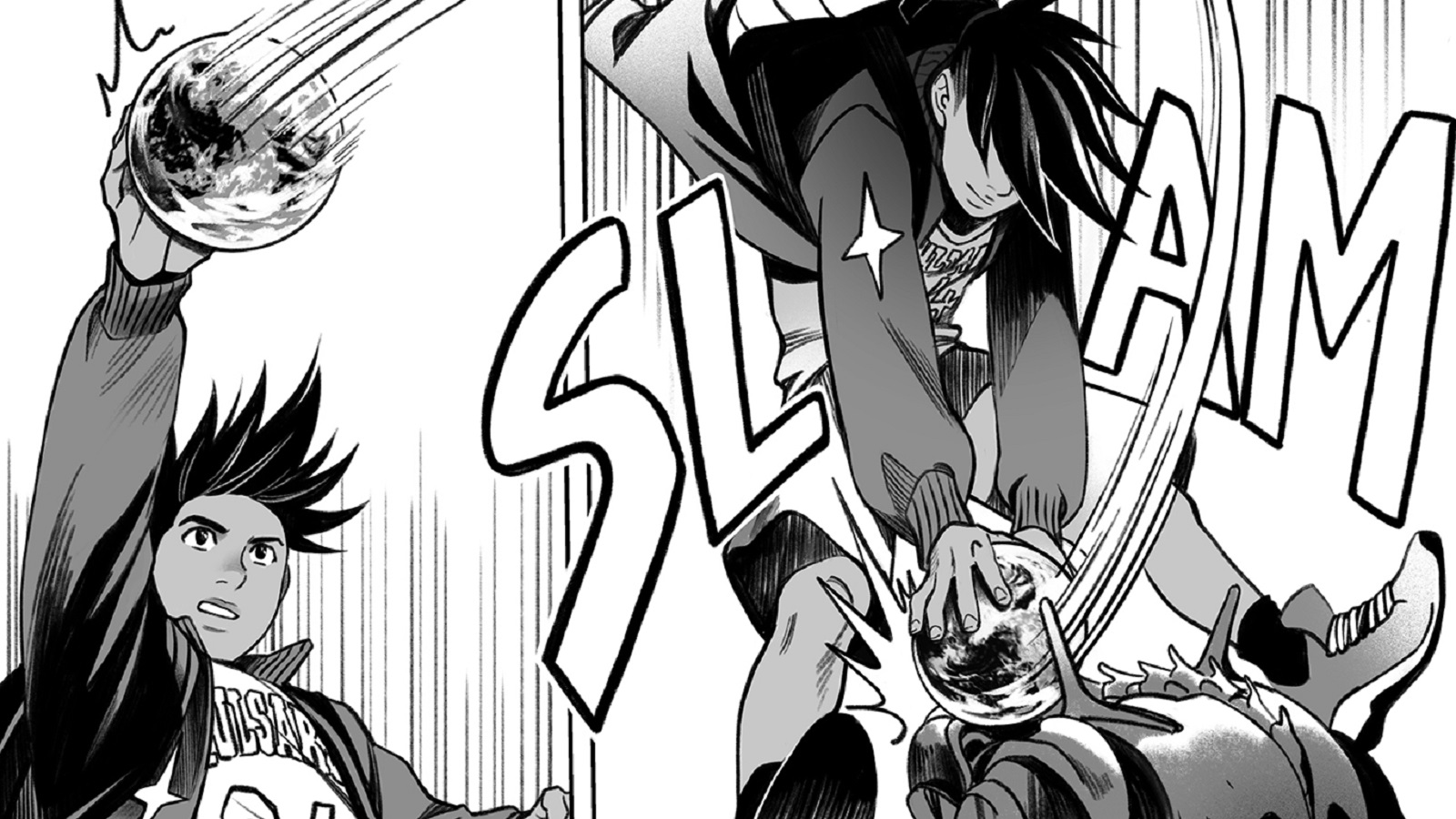 VIZ Media has reached out to various creators and has published some works outside of Japan thanks to its VIZ Originals line. One such release is the upcoming World Piece, written by Josh Tierney with art by Agroshka. The series features a unique style and cool cast of characters, as seen in our Manga Minis review of the manga. The Warm Blood and Spera writer had a few minutes to answer a few questions with us about the project, as well as some other discussions behind the scenes of the creative process.

This June will see the release of the first volume of World Piece! How do you feel about it?

I’m unbelievably excited! It’s actually difficult for me to wrap my head around the fact that it’s only a month away. 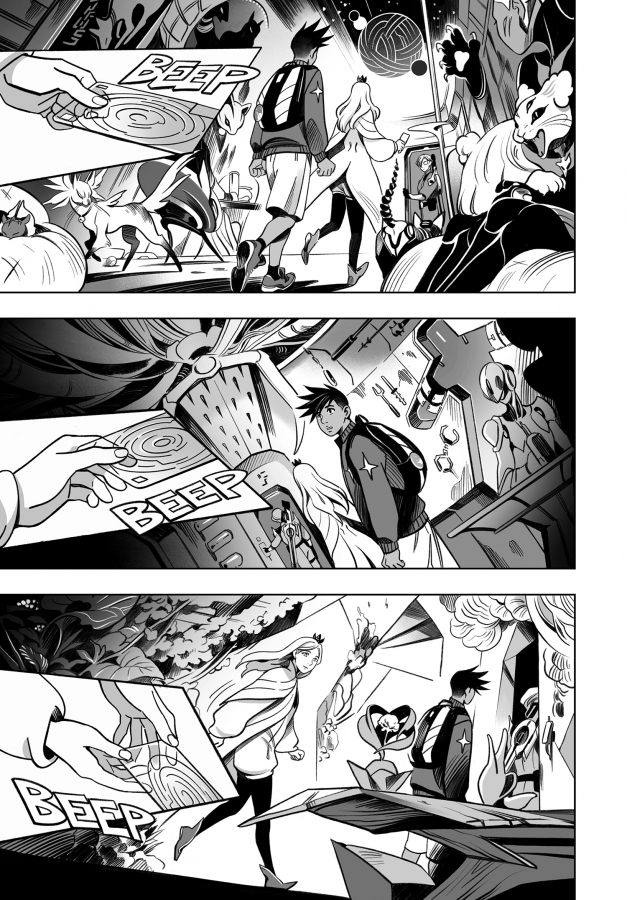 What were some inspirations with the creation of World Piece?

It’s definitely shōnen manga as a whole, as I think of World Piece as my chance to write something in that vein. More specifically, the parts I like about Dragon Ball Z, One Piece, Demon Slayer, Slam Dunk, One-Punch Man and so on. Gaining strength through friendship and rivalry is an important theme in shōnen manga that I also want to explore in World Piece.

Some of the more unexpected inspirations run from an ethereal photograph of Virginia Woolf’s mother, to ’60s NASA robots, to the architecture of Antoni Gaudí, to false-color infrared photography.

Of course, I also enjoy basketball! 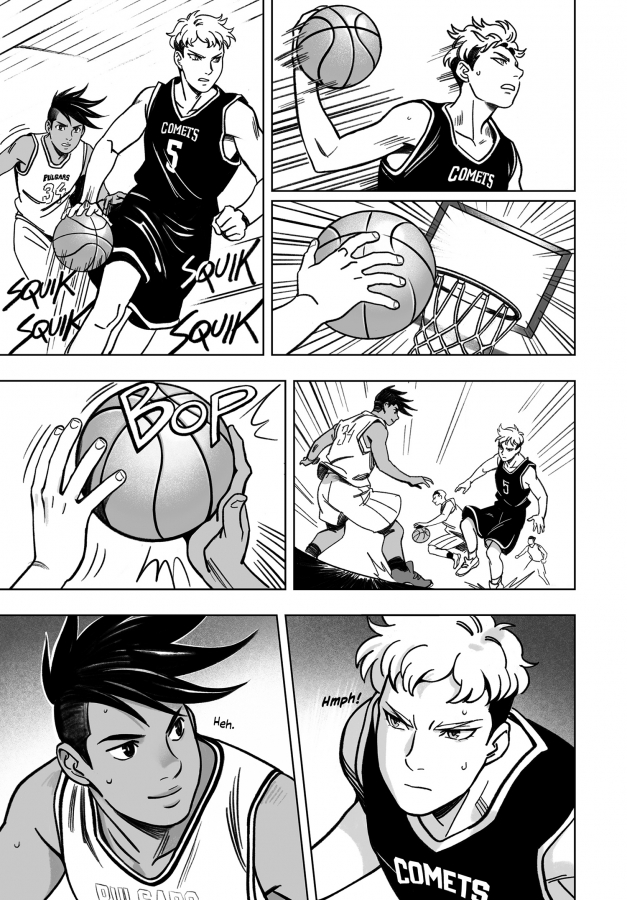 Somewhat related, but what are some of your go-to manga series to read?

I usually point to Yotsuba&! as my all-time favorite series, and it’s one I can read over and over again. It’s a series that can remind you of how much joy there can be found in even the most mundane moments.

I’m also currently re-reading Beck by Harold Sakuishi for maybe the 7th time. I very much share its love of music, and enjoy reading it while listening to the latest releases by my favorite musicians.

While working on World Piece Vol. 1 I re-read Bakuman for the 4th time. It’s a great read when I want to get fired up to create.

I think Dead Dead Demon’s Dededede Destruction is totally brilliant, and it’s one of those series where I like to re-read all the previous books whenever the latest volume releases.

Who’s your favorite character in the cast of World Piece?

This is an answer that can change depending on the day, but right now it’s Mitton. He’s a bit stuck-up, and is more used to interacting with probots than people, which can sometimes make him come across as cold and impatient. But he values the friendships that he begins to form throughout the series, which opens him up to a world beyond the ones in the books he reads (and tries to write). 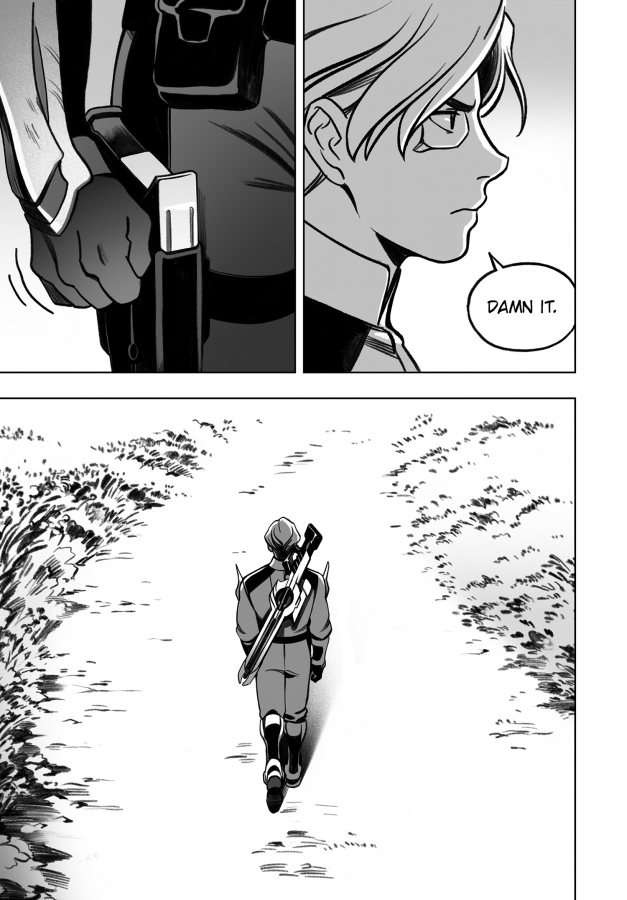 You previously worked with the artist Agroshka on Warm Blood before this series. How was publishing that webcomic different from creating World Piece?

Warm Blood is a very experimental and personal series, with a different artist on each chapter (over 140 artists have taken part so far). The closest point of comparison I can think of is FLCL, where the art style can change from scene to scene, and the story is introspective and personal with absurdist elements. Warm Blood borrows a lot from my own memories of high school.

World Piece is a collaboration between me and Agroshka, and it’s only us working on it for the next few years. It’s my first time working with a single artist for this long of a period. We share similar tastes, and Agroshka brings a lot to World Piece that I would not have thought of myself.

The introspective moments that are in Warm Blood and my other comics are there, but there’s also a greater emphasis on action and adventure. 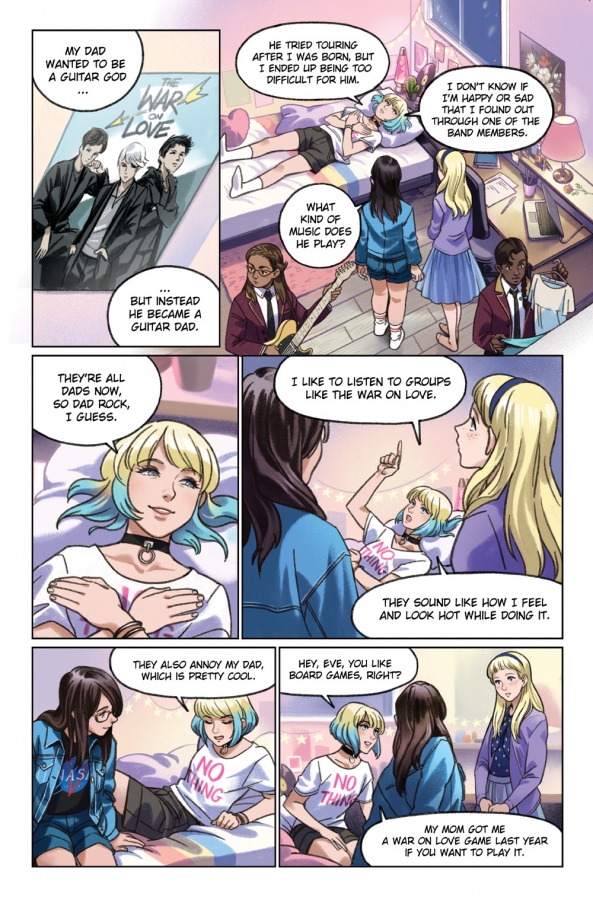 This debut will be released under the VIZ Originals imprint. What were your reactions during the submission process of World Piece?

I think part of me thought it was too good to be true, which was probably me trying to keep my expectations in check. Manga is simply my favorite medium, and I figured that, if this was going to be my one shot at making one, I better put everything into coming up with a story that feels massive and exciting. I instantly thought of Earth shrinking down to the size of a ball, and a single remaining Earth boy being put in charge of returning it to normal.

Being an Ontario native myself, I have to ask: What’s your favorite Canadian cartoon? (For the record, probably Totally Spies or ReBoot for me!)

I think Arthur is a Canadian production, so definitely that. It’s an amazing show. Heck, I watched it while I was still in high school.

And, of course, ReBoot for me as well, especially before the time skip. That show was rad.

How long do you envision World Piece to be, and do you have future plans for the series?

World Piece is currently planned as a four-volume series. There aren’t any plans beyond that, but if it turns out to be successful enough, it would be very easy for me to continue it. Just the other day I was thinking about how much fun it would be to write a spin-off book about one of the characters. I love just existing in this world as I write it, as well as working with Agroshka and the whole VIZ team. 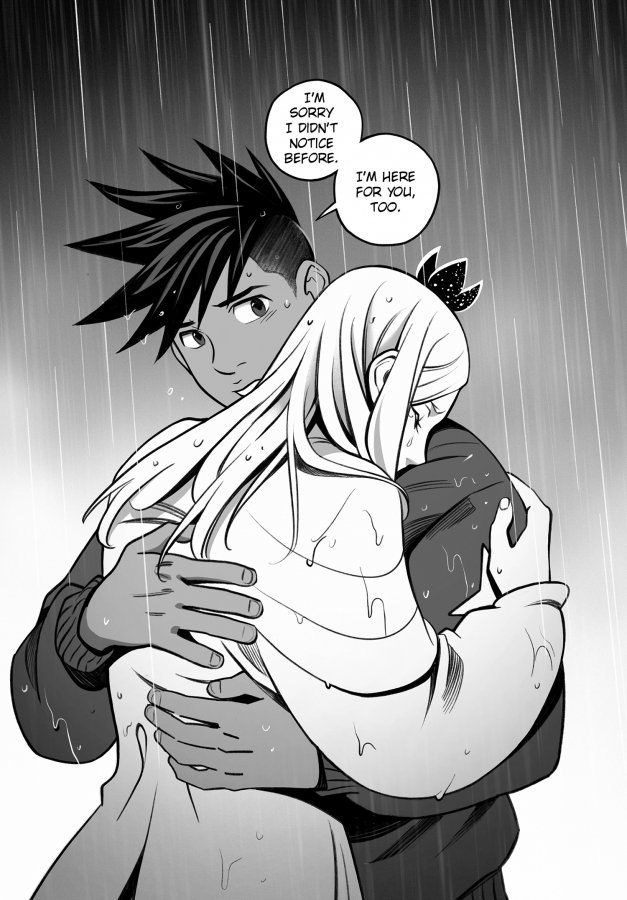 Where can we find you or Agroshka to keep up with your work?

The official World Piece site is located at www.viz.com/world-piece.

Finally, do you have any last words to our readers?

World Piece is a series made by a team that very much loves manga as much as you do. We hope you’ll give it a shot!

You can read World Piece starting on June 8. Check out our review of World Piece Volume 1, and stay tuned for more news here on Gaming Trend.