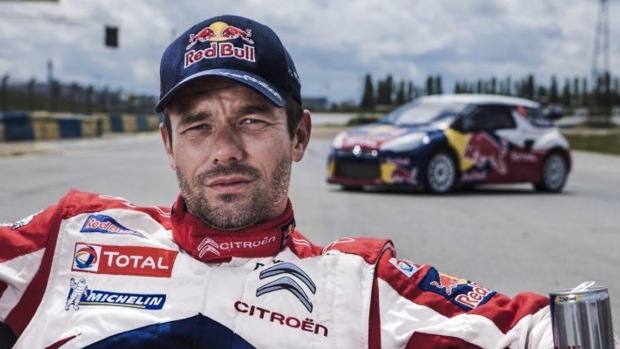 GT: For those who don’t follow the rally scene, who’s Sébastien Loeb, and how is he involved in this game?

Milestone: Sébastien Loeb is the 9 time World Rally Champion, and he’s the owner of the Pikes Peak Hill Climbing world Record. He represents the soul of Rally and his career made the history of this motorsport discipline. S. Loeb was involved since the beginning of the development. I can identify 3 main areas: Design, physics and sound. From a design perspective, with him we’ve chosen the best moments of his career that we wanted to reproduce into the game, recorded his history that you can see during the whole career progression and recorded his voice for the voiceover side. From the physics side we’ve let him test all the parts of the game in order to understand if the behavior of all the cars was reflecting exactly the reality and his feedbacks were precious. Consider that for the Pikes Peak we’ve tuned the car the shape of the track in order to make the time more and less the same as his real world record. The same work we’ve made for the physics has been done for the sound, so he analyzed the car sounds in order to tune it and make it as real as possible.

GT: It looks like you are going for hyper-realism with Sébastien Loeb Rally EVO. What are some of the real-world features that made the cut?

Milestone: Yes, we are going exactly in that direction. This does not mean that the title isn’t approachable for beginners: the game has a learning curve that teaches you to master the driving even for non-hardcore gamers. The realistic cut is especially noticeable in the physical model and driving as well as the reconstruction of the special stages. These have been recreated using GPS data and long shooting sessions on site. The player drives on routes that are exactly the ones on which the real rally drivers run, with the same obstacles and difficulties and it is not difficult for a passionate to recognize them.  Also the rallycross tracks are exactly the same of the real counterpart, recreated under official license.

GT: There have been a few titles that have, to varying degrees of effect, integrate co-driver notes into their games. How are you tackling that in Sebastien Loeb Rally EVO?

Milestone: In Sebastien Loeb in Rally EVO we reviewed from scratch the co-driver notes system. For this title, we relied on the advice of a real co-driver who played every single special stage and compiled a list of notes which are, therefore, unique to each special stage. Once drawn up for all the special stages, the game went tested from Loeb for approval, modification and positioning in-game. What you hear in the game is the final result after the steps above.

GT: What does the career mode look like in Sébastien Loeb EVO?

Milestone: The career mode is the core of SLR. The game shift the player in a world in which Sebastian Loeb is looking for a strong driver to add in his team. The game final goal consists into achieving the first position in the World Standings by obtaining good results. To achieve good results the player must gain credits to buy much more performing cars and access to the most important events.

GT: Some of the early reviews have had some concerns about bugs and wheel support. How is Milestone tackling the upgrade roadmap?

Milestone: At this moment there are already patches published for all game versions, which have the aim to improve the gaming experience. These patches are designed to fix some bugs reported by users and improve the support for the various wheels. For future updates we’re monitoring the community and we will decide the next steps on possible issues.

GT: Let’s head into the garage — how many cars can we drive, and how can we customize them?

Milestone: Sebastien Loeb Rally EVO is the largest rally car garage on the market. You can drive all the most iconic models (more than 50) from the late 60s till nowadays, without forgetting that you can drive all the original cars that drove Loeb during his successful career.  The player can freely customize the look of their car by choosing from dozens of predefined patterns to apply up to 3 different colors and different materials.

GT: The game is out for Xbox One, PlayStation 4, and PC — are there any platform-exclusive features for any of those platforms?

Milestone: The 3 versions are exactly the same but the PC one is stable at 60 fps.

GT: What are some of the locations we can visit?

Milestone: In the game you can “travel” over 300 kms of special stages in the most important location in the world: Mexico, Finland, Montecarlo, Sweden, France, Italy, Australia and Wales; you can eat the 20kms of asphalt of the International Pikes Peak Hill Climb; you have to win in 5 rallycross circuits all around the world.

GT: With a game this pretty, I imagine you spent a great deal of time driving the tracks to make sure you captured them correctly. Can we all just agree that is absolutely awesome?

Milestone: Awesome is the correct term! We spent a lot of time to verify the tracks meter by meter in order to reproduce them exactly like real ones. The overall experience is one of the main elements for us.

GT: You’ve recently released a Pike’s Peak DLC pack. Can you announce any other content coming our way?

Milestone: Yes of course! We have already announced the release of other two DLCs: one contains a brand new Rallycross circuit accompanied by two new cars; the other one contains the infamous and legendary “Class S” prototype cars that have, unfortunately, never been into official rally competitions.

Milestone: We had the honor and the pleasure to meet and work together with Loeb, the biggest rally champion of all time, who has ground records also in many other motorsport disciplines. If isn’t enough for you as a guarantee of the quality of the game, then I invite you to buy MotoGP 2015 or the upcoming MXGP2 as well to taste something different! ☺ ☺