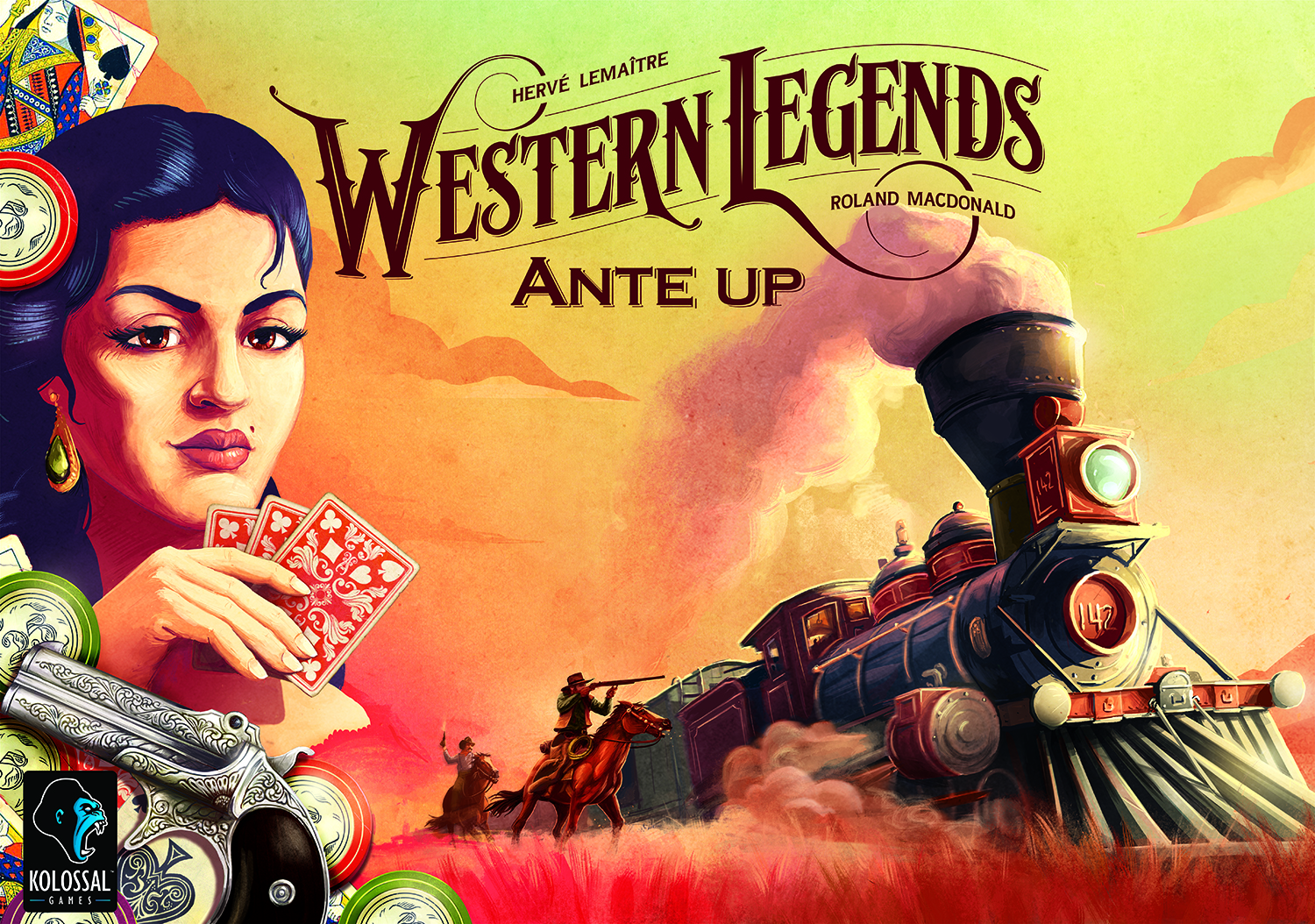 While it’s not uncommon to find games based on westerns, but when it’s done well it stands out.  That has been the case with Western Legends, one of the first games from publisher Kolossal Games.  With the game being so successful, they are bringing out Ante Up, a new expansion for Western Legends.  I was able to get an opportunity to ask Travis Chance about the expansion which is up on Kickstarter now.

Western Legends has been compared to the video game Red Dead Redemption. Did it have any influence on the creation of Western Legends?

Herve is a huge fan of the genre, and I believe RDR is absolutely a source of inspiration, just not the only one.

Have you studied this setting or had some kind of fascination with it before creating Western Legends?

We did extensive historical research, primarily to make sure we had a diverse cast of historical characters. It was actually my favorite part of working on this game. So many people.

Were some of the concepts for Ante Up created after the base game was completed, or were some of them planned as part of the main game and then taken out?

This expansion takes a lot of fan feedback into account. We also had some ideas we wanted to include from the original draft of the game that we decided to leave out because we didn’t want to overwhelm players with too many concepts in a game so sprawling.

Ante Up sounds like it focused on gambling. Is that the main focus of this expansion? Does the Gambling Track give players a way to make a lot of headway but with a greater amount of risk? While you have new cards and characters, you have extensions to the main game board. What are they for?

The new boards add a lot: a new way to gamble, a brand new territory called Buzzard Gulch, mountain passes for the train to travel around the board, and a Gambler track which is a new strategy in the game and way to win.

There’s a new deck of cards included. Will these be mixed with the original cards, or will each deck be kept separate and you choose to use a specific deck when starting the game?

These are substitutes for some cards in the game (mostly 4 ofs) that allow more diversity and reinforce the new concepts and mechanisms in the expansion.

Does Ante Up have any special references to Aces and Eights?

We mention the Dead Man’s Hand on the back of Wild Bill in the base game, but there is no special rule that incorporates this into the game. With so much to do in the game, we wanna make sure player turns are quick and easy to navigate without too many edge case rules.

Be sure to check out the Kickstarter campaign so you can get the expansion if you already own the game, or you can take a look at getting the base game and expansion together at the same time.