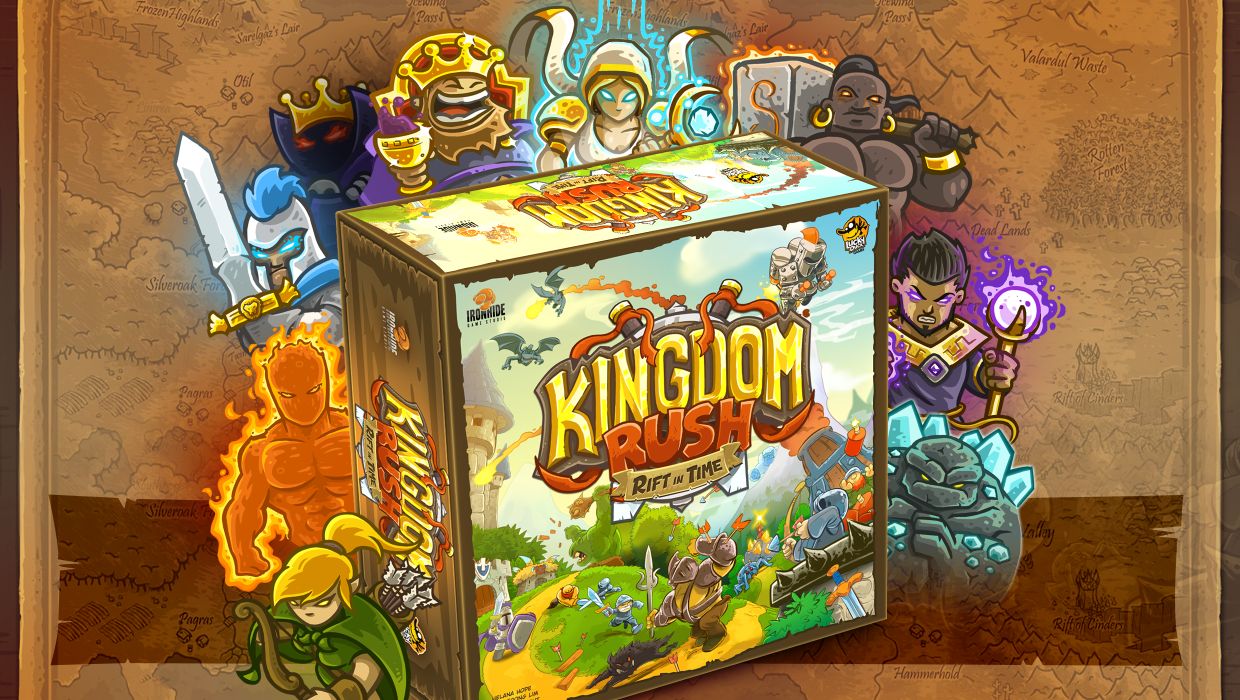 Lucky Duck Games hasn’t shied away from creating board games out of mobile apps.  In the middle of last year they had a successful Kickstarter to bring Jetpack Joyride to the tabletop.  Now they are funding Kingdom Rush: Rift in Time.  Jessey Wright and Sen-Foong Lim are back after designing Mutants, but Helana Hope has joined them this time around.  Lucky Duck provided all three to answer my eight questions on their take on the tower defense genre.

Kingdom Rush: Rift in Time isn’t the first mobile game Lucky Duck has translated to the tabletop. Are mobile games something you enjoy playing in your spare time?

Helana: The Kingdom Rush games are my absolute favourite and are always my go to when I am looking for an app game to play. I have played the first 3 games multiple times and I love the twist they put on Vengeance.

Sen: I have an unhealthy relationship with Star Realms and, of course, I’ve 3-starred every level of the first 3 games in the Kingdom Rush series. I’m just working through Vengeance now! App games are definitely a thing I invest time in!

Jessey: I travel often and so app games are great to have when you need some downtime in an airport or a bus station. Kingdom Rush is easily the one I’ve put the most total hours into, having beat all 4 games on the highest available difficulty except for the newest batch of levels in Vengeance (although I think Ironhide just released an Impossible mode for one of them, so I need to go back!).

Have you been approached by mobile developers to design board games based on their apps?

Jessey: Not directly, no. Maybe one day, they’ll come seek us out once they see the quality of our designs and the love that goes into our tabletop adaptations! 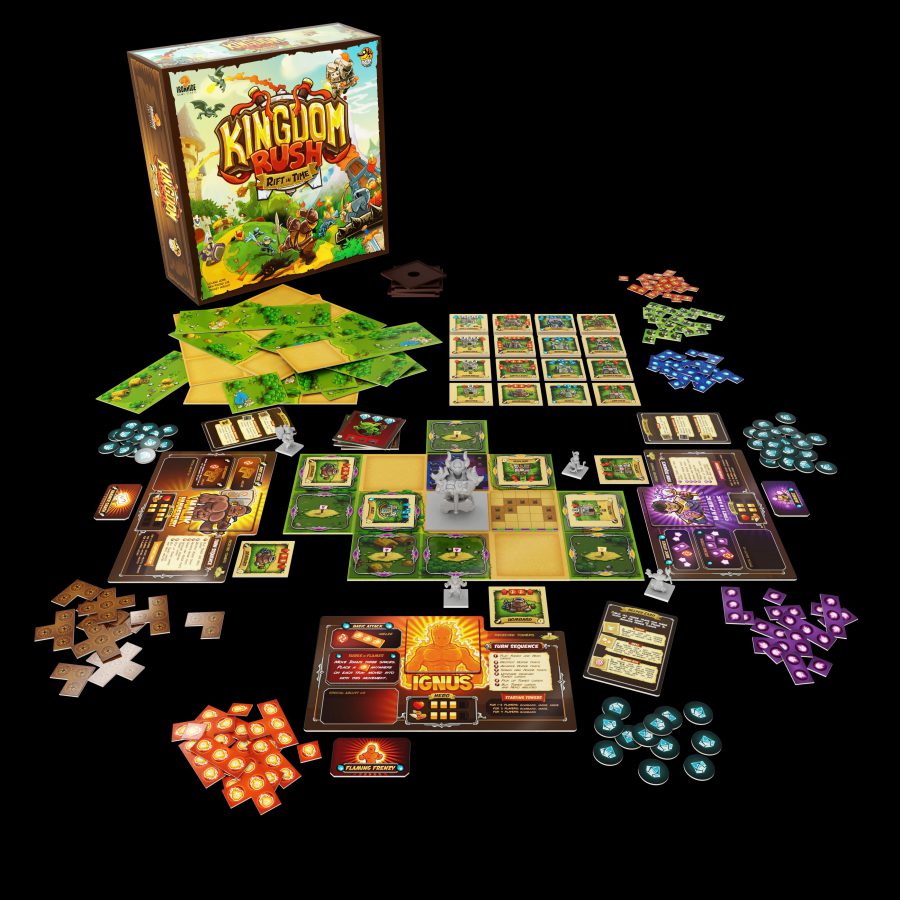 What makes Kingdom Rush: Rift in Time different from other tower defense games?

Sen: We really didn’t want to have to track a lot of stats and hit points and such, so the game is made to reduce that as much as possible while still retaining the feel of the genre. We accomplished that by using trays of enemies instead of individual units and then using polyominoes as damage trackers. This allowed us to have a cool puzzle experience within the tower defense genre. Thanks, Jet Pack Joyride!

Jessey: I’d say three things set it apart. The first, as Sen mentioned, is the polyomino puzzle. Different towers create different shaped pieces, so not only do you have to attack enemy cards enough to defeat them, but you have to figure out how to use those damage tiles efficiently.

The second is the co-operative nature of the game. Players have specific build sites that only they can use so the attack puzzle is also a coordination puzzle. Leaning into this, to upgrade a tower you must pass it to another player. This means you don’t attack with it, but it also is how you can get players the towers they need to make the most effective plays on future rounds. It really is a group effort to save the kingdom!

The third is that towers are not permanent. Each round the Time Mage’s magic sweeps across the board and all the towers we placed return to our hands. Here the Time Mage’s malicious intent has backfired as this gives us the flexibility to adapt our plans to the game, and place towers in new locations.

Rift in Time comes with ten scenarios. What mechanics change the way the scenario played each time?

Jessey: All I can say is that each level adds something new, and will challenge players in new ways. Beyond that is spoiler territory.

Helana: Our goal in this process has been to make each level feel like a new challenge where you have to think of different tower strategies, hero placement and interact with the maps differently. I don’t want to say too much more or else I may give up secrets that come in later scenarios. 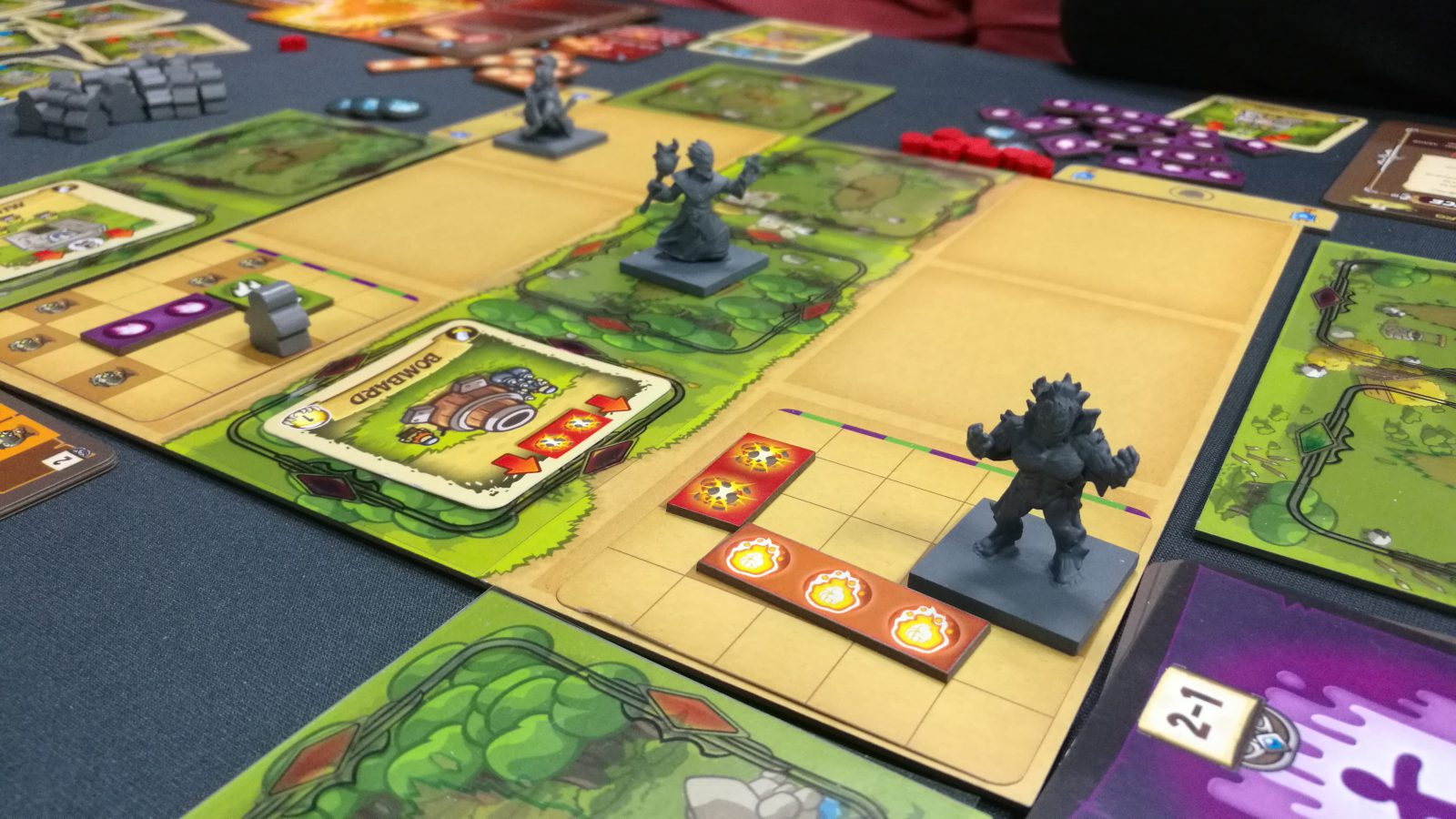 Will the scenarios have different objectives than just defending the base from taking too much damage?

Helana: Well, that is classic Kingdom Rush. We won’t mess with perfection in that regard!

Is there a way to change the difficulty of the scenarios?

Jessey: Difficulty and balance of the scenarios is something we are working very very hard on getting right. What I can say is that the game will have a difficulty system that makes it accessible to first time board game players, while also allowing the most skilled gamers to face challenges worthy of the fiercest defender of the kingdom.

Jessey: We checked with Vince, the publisher, to make sure we got the facts right:

Heroes miniatures are 28mm high and the Bosses are 80mm.

If you have a successful Kickstarter, do you think you might create an expansion or sequel that incorporates different parts of the Kingdom Rush games?

Helana: This is something we have talked about and there is definitely room for us to do more with the system. All three of us have so many ideas including different bosses and character designs we were not able to do this time, but would love to see them come to life. I personally would love to work on an expansion or sequel.

Sen: As I said earlier, I’m just finishing up Vengeance. In this latest installment of the series, you control the forces of evil instead of good. That might make for an interesting spin on the game as well!

Jessey: If it was up to me, absolutely! Kingdom Rush has so much cool stuff in it, we couldn’t help drawing on all of them to make Rift in Time, and I would love nothing more than to continue exploring this fantastic game. 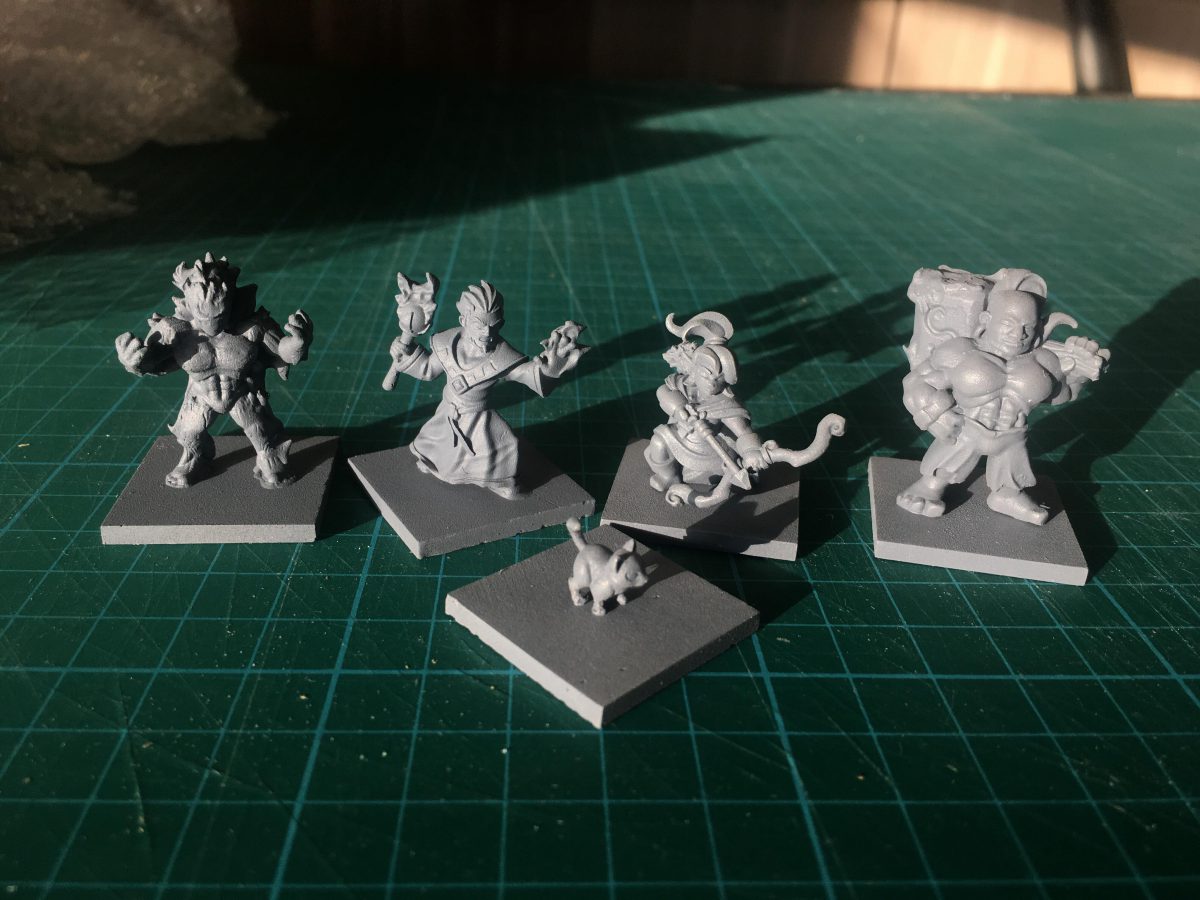 It looks like they’ve put a lot of though into the gameplay, and Kingdom Rush is already fully funded on Kickstarter.  There’s almost three weeks left in the campaign, so you have some time to check it out.  You can get the standard edition, or you can up your pledge to get upgraded components.