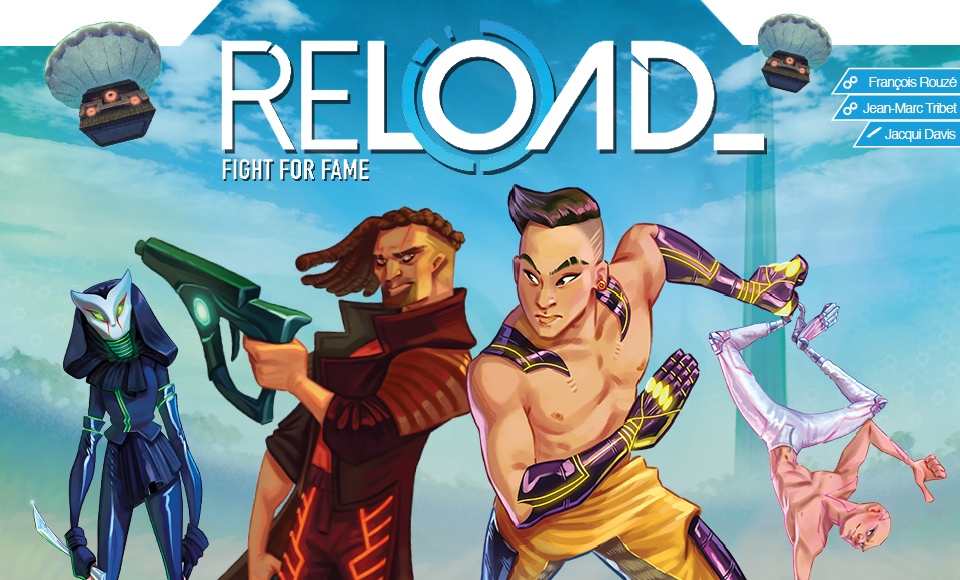 While we’ve seen board game translations of popular video and computer games, the Battle Royale genre is one that we haven’t seen come across the table.  With the character personalities, weapons, and fast action, you might think that trying to create something with these mechanics would be futile.  However, Kolossal Games is trying just that with Reload, which is currently on Kickstarter.  To find out more how the game works I interviewed designer Francois Rouze.

What are some of the games you’ve been involved in?

I have a hard time creating various games at the same time and I don’t spend a lot of time to contact or meet publishers, and the current sanitary context doesn’t help so my only published game so far has been ROOM 25 and its extensions. I have a few friends who are also game designers like Yohann Go, a young Korean game designer who made FOLD IT, and Fabien Gridel who is just releasing his first game REST IN PEACE. I always give feedback when playing their prototypes, but I cannot tell if it got any impact at the end. The creation process is always a mix of play test and discussions and sometimes you don’t remember where some ideas came from.

Where did the idea of Reload come from?

There were various inspirations but the very start of the idea was about the BATTLE ROYALE and probably its legacy like HUNGER GAMES. As a fan of UNREAL TOURNAMENT video game, I also played ADRENALINE at GenCon and felt it was a great idea, but I was looking for something richer than just shooting in terms of gameplay. At the end, I play tested a lot with my son who is a good FORTNITE player, and we built from there with my friend Jean-Marc. 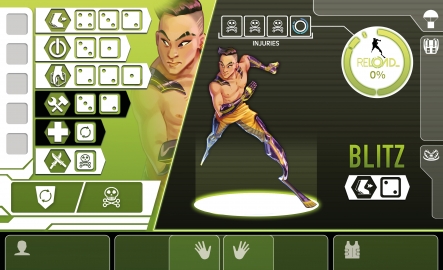 What’s the objective of Reload?

The goal of the game is all about fame. You may win without fighting, but you’d better protect yourself to reduce giving RELOAD to the others. You are never eliminated in RELOAD so you may always come back in the game with a few “catch up” effects.

How do you create the fast-paced nature of the Battle Royale genre in a board game?

By the nature of the game, you are starting from some battle simulation concepts, but then you have to stay away from wargames removing things that are over complicating or slowing down the game. I wanted a very visual game where every action matters strongly since you can only do 5 of them per turn. We removed long sequences of calculation. No real line of sight. We kept the map small for the base game (same size as Catan) so there is no observation round. Also everything happening is immediate. There are no indirect events that you have to keep in mind. Often the good choice of LESS is MORE for an accessible fast game.

How do you create characters, equipment, and loot in a game like this without making it seem like you are copying them?

You have to diversify your source of inspiration and create a background story for each character, then art designer Jacqui Davis gave her own style to create the consistency of the artwork and reduce the violent nature of the game to keep it acceptable for all public. No creepy atmosphere like some of the rooms of ROOM 25. The game can be played by a large range of people even without knowing Battle Royale video games. Those who do will see where the inspiration comes from. 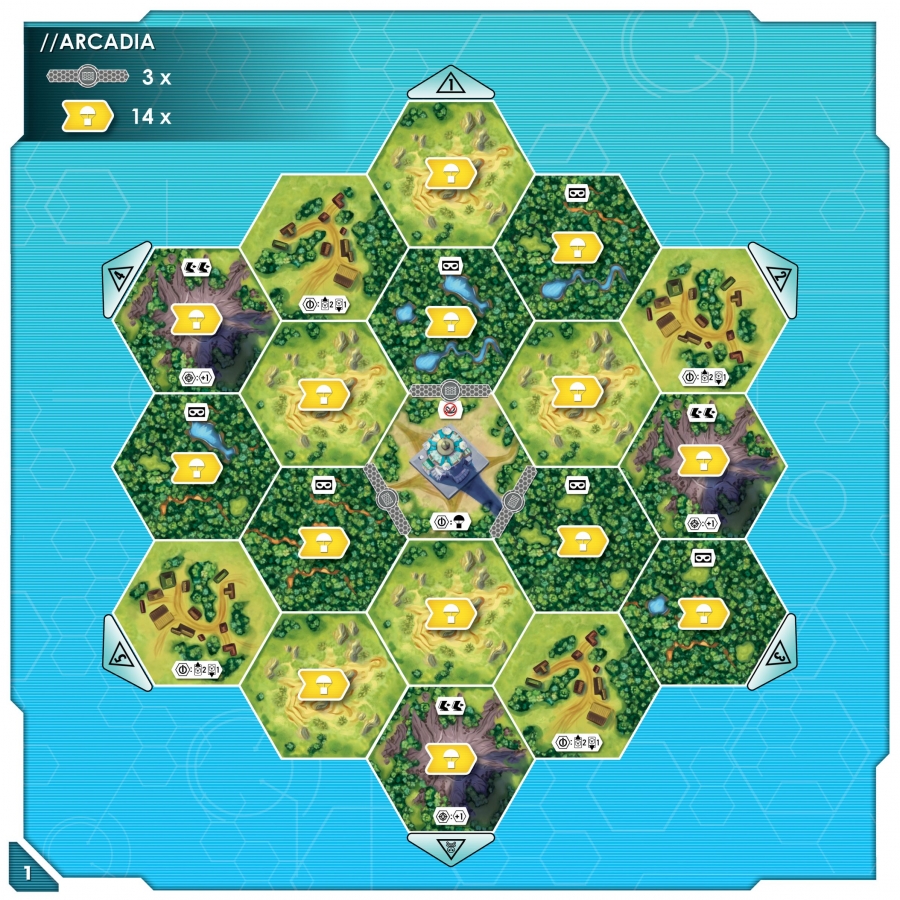 What’s the difference between the basic and advanced versions of the characters?

We are planning to differentiate a bit the BATTLE ROYALE and the TEAM ROYALE modes. The character sheet reflects a small difference in terms of game designer but they will be basically the same.

How do you figure out damage with ranged weapons considering distance?

RELOAD is not a wargame but a fast paced game, so weapons have range but damage only depends on the weapon and the defense value and protection items of the target.

If the Kickstarter is successful, will you be looking at expanding Reload with more characters, equipment, and possibly more game modes?

Yes this is definitely something we have worked on, and there will be plenty of stretch goals all having a real impact on the game replay ability which is already high with the base game thanks to the modular island and the random aspect of events and achievements. 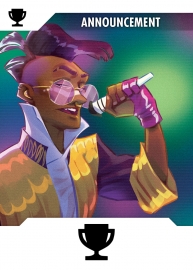 It sounds like Francois has put a lot of thought into the gameplay and setting.  I have to say that the price of the Kickstarter is very reasonable compared to other games typically found in crowdfunding.  If you know friends who are more interested in video games than board games, then this might be the game that bridges the gap between the two.