Super Fantasy Brawl originally funded on Kickstarter in mid-2019.  It came out to great acclaim with a large amount of strategy and replayability.  The large character figures didn’t hurt either.  As you might expect, a second Kickstarter with more characters was created and raised even more money than the first.  I asked Argyris Pouggouras, lead developer of Super Fantasy Brawl, eight questions to find out more about Round 2.

For those who aren’t familiar with it, what is Super Fantasy Brawl?

SFB is a 1v1 (or 2v2) skirmish arena game where two teams of vibrant and diverse fantasy characters competing in the most prestigious event of Fabulosa (the world the game takes place in) – the Super Brawl.

The original Super Fantasy Brawl was a great success. What do you think its appeal is?

It is a game that looks great and plays great. It combines card game mechanics and skirmish game mechanics and marries them in a unique and fun way. Add the fantastic, large-size miniatures in the mix and you can see why it appeals to so many so much.

What makes the game so strategic?

Basically, the fact that you have to manage your limited resources and play your cards well since you don’t rely on dice and other luck factors. Each champion has a set of 6 unique action cards. As you build up your team of 3 champions, you form a deck of 18 cards and you draw five of them each round. Knowing when to play a card and how and what the strengths and weaknesses of your opponent’s team is a task that you’ll need to master. Also, as the game doesn’t rely just on beating the opponent champions to pulp to score points, but rather you try to complete ongoing challenges, the game creates puzzle-solving situations where you try to get the upper hand regarding positioning and area control. 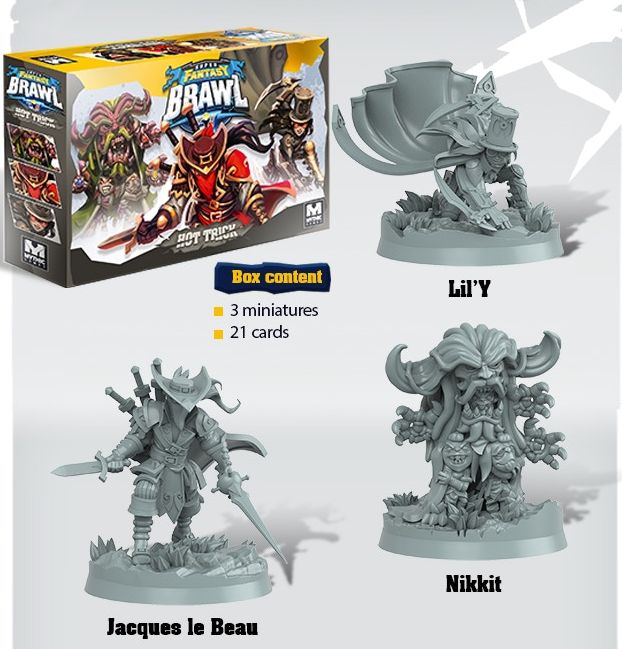 What is in this Kickstarter for people who already have the game?

The most important thing is the 9 new champions, coming in sets of three. These champions will add a nice twist to the mix of existing ones.

Were some of these characters considered for the original game but felt you needed to limit the number of characters?

These champions were designed to come up as separate expansions. Their mechanics are more complex and they use different aspects of the game, such as using cards from your discard pile, giving you ways to refresh your exhausted cores etc. They are the “next step”, let’s say, after the previous 15.

Why did you decide to bring SFB to Tabletopia and Board Game Arena?

Due to the covid situation, face-to-face tournaments are not possible right now. These digital platforms are a great way to organize tournaments for competitive play. It is also a good way to showcase the game to more people – after all, nothing can beat the real thing. Finally, it is also a great way for us to get feedback. As the game is meant to have organized play and live tournament rules, we need a way to get stats so we can constantly evolve it. 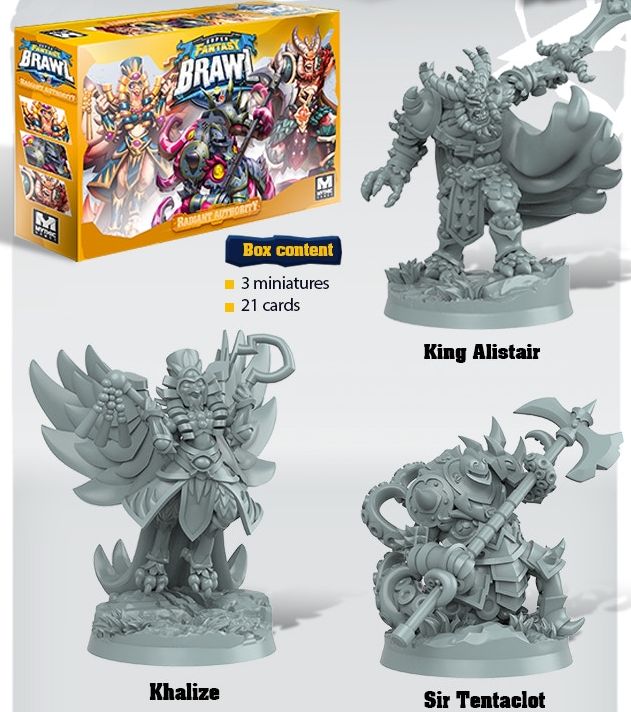 Have you seen a wide variety of trios being used, or does it seem like there are some teams you find being played fairly often?

When you see casual players, there are all sorts of crazy trio combinations. People like to try out and have fun with mixing and matching weird teams. At the competitive play, though, as it is to be expected, some trios that are considered to synergize better, are picked more over others. But, as the 9 new champions get more and more playtime, these combinations start to change week by week. It is great to see how people experiment with team combinations and unexpected synergies emerge.

Do you think there might be a Super Fantasy Brawl Round 3?

The good news is that if you are interested in Super Fantasy Brawl but missed the Kickstarter campaigns, you can Late Pledge at Gamefound.  You can get the original game, the new figures, or everything in the Late Pledge.  It isn’t going to be open for long though, so be sure to check it out soon.