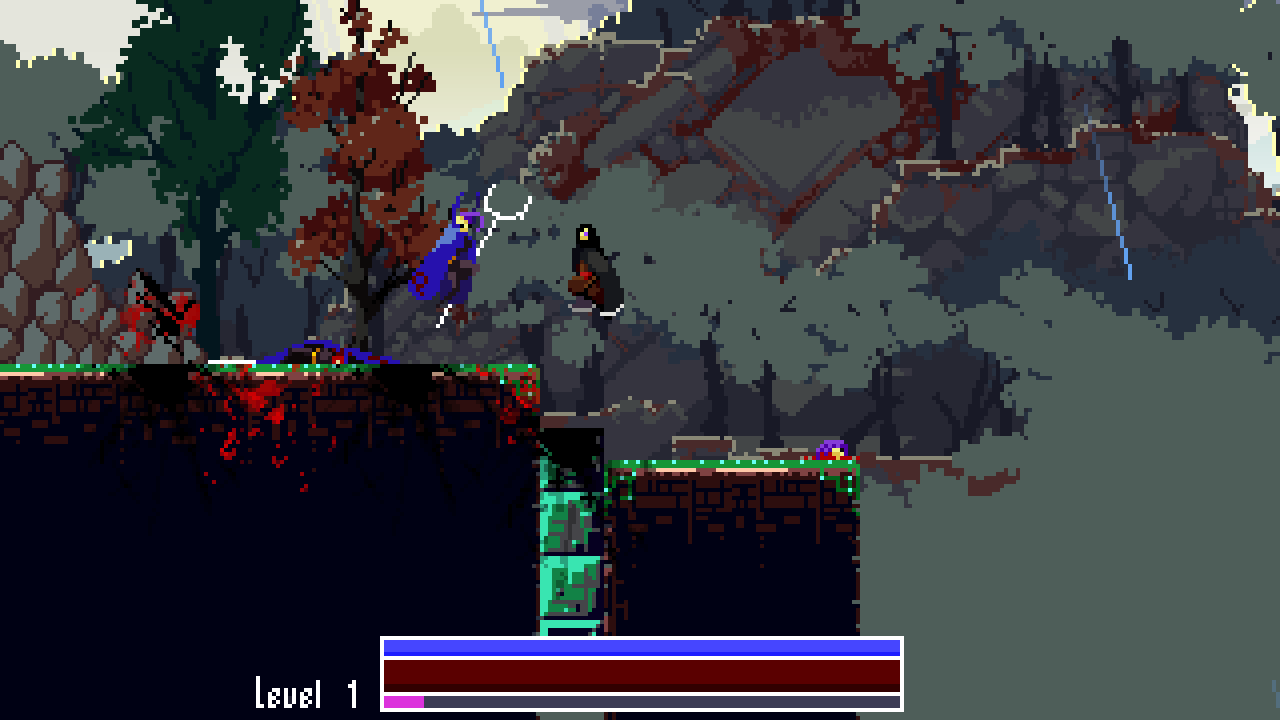 Independent developer Corey Hardman recently unveiled a new project currently in development called Alpha Sorcerer. We got to talk to Hardman as well as composer Daniel Stoker about the game as well as some challenges and benefits of working in the indie scene. 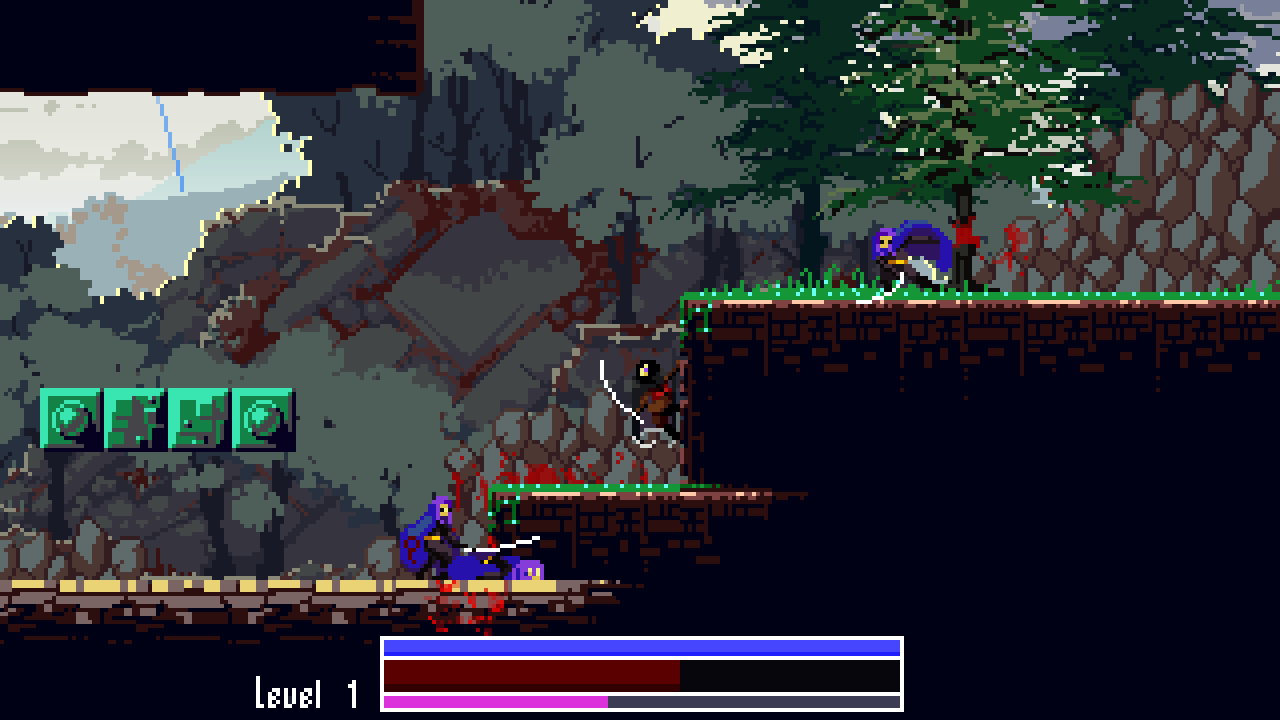 So Alpha Sorcerer seems to be a love letter to the classic action games of old. What were the inspirations for the game?

Corey: The inspiration was simply wanting a game like this to exist but never finding it, then eventually deciding to create it myself. 2d platformers are my favorite genre but I’ve never found one that ticks all of the boxes: combat, exploration, story, and RPG mechanics.

The game’s inspiration draws from old fantasy novels such as Elric of Melnibone and Book of the New Sun, with gameplay elements drawing from platform fighters such as Super Smash Bros. Melee and Rivals of Aether.

Daniel: I grew up in the 16-bit era, and was lucky to see the evolution of gaming in its infancy; The Megadrive and SNES were my early consoles, and I saw the amazing tech advances with each new console generation. As the composer for Corey’s previous project, Way of the Red, my influence for music was a more raw chiptune sound, emulating the audio in those early consoles. Music from that time was very melody-centric, built around a catchy tune, so I tried to mimic that wherever possible. Though the graphical style was similar for Alpha Sorcerer, there’s a more mature theme to the game, in terms of both tone and function. It’s deeper and more layered on pretty much every level. In order to mirror these more developed overtones while sticking to the retro aesthetic, I took influence from Nobuo Uematsu (of Final Fantasy fame), composing strong motifs that should (hopefully!) help the tune stick in memory. I used the old chiptune, 16 bit video game sound as a base “palette”, and then built on it with modern instruments.

The design document that was given to me by Corey was extremely well thought out, and acted as an inspiration of it’s own, the game really captured my imagination, as the areas were described in detail, with examples of songs to draw influence from, and strong descriptors to help me understand the tone. That was a massive help in terms of musical direction, and it allowed me to stay within the core vision that Corey had while still retaining creative control.

We’ve been staying in our houses a bit more since recent events have occurred. Are there any games you’ve been playing recently that you’d recommend?

Corey: I work at a grocery store so I’ve been busier than ever. I don’t have time to play games too much between working on Alpha Sorcerer and working the wage job. When I do play games, it’s usually Terraria or Path of Exile. Rivals of Aether used to be my go-to timewaster, but ever since my controller broke I stopped playing it, as I was starting to get way too competitive anyway.

Daniel: I’ve been playing a lot of 7 Days to Die on Steam recently with my partner. It’s a zombie survival game that very much revolves around defending your base, and there’s a lot of… Not exactly grindy, but certainly longer tasks. It’s not unusual for me to sink a couple of hours into mining, while absent mindedly chatting. For me, it’s a great way to stay entertained, and, as strange as it sounds, I feel like it’s been a help to my mental state during lockdown – I’ve been able to see this long base building project come together, and escape to a rural environment via the computer, rather than feel trapped inside or anxious about the pandemic.

Speaking of which, how have you been handling the pandemic in terms of game development?

Corey: Because I still work my regular job stocking groceries, the pandemic hasn’t affected me. The only difference is that I work overnights now, so my sleep schedule is very strange.

Daniel: As someone who composes from home anyway, the pandemic hasn’t hugely affected my ability to make music. If anything, I find that I actually have more free time! That being said, there’s a definite challenge setting specific working times, when your main office is also your main living space. It’s sometimes hard to distinguish when the work-day has ended and my time off has begun. 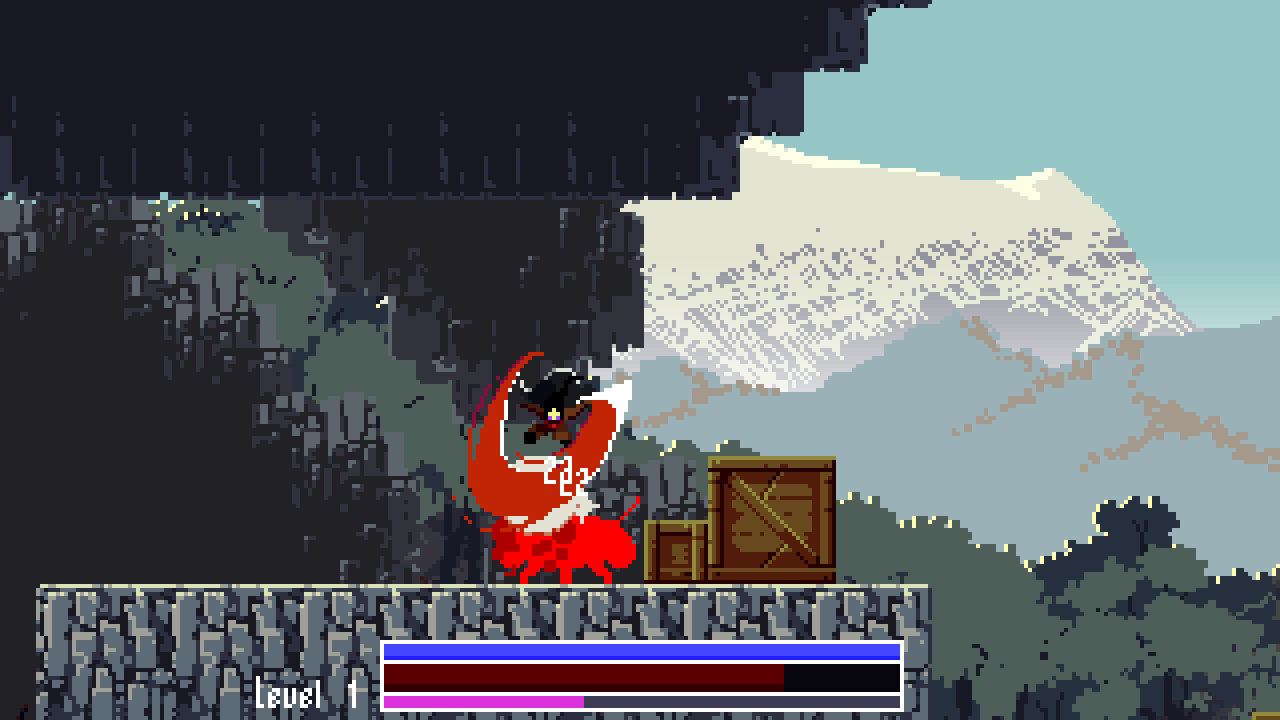 Alpha Sorcerer seems to be a bit on the gory side of things. Were there any limitations when using a pixelated art style when portraying violence and blood?

Corey: All of the blood and gore in Alpha Sorcerer is hand drawn, which gives the violence a stylized aesthetic. This means more time spent drawing sprites, animations, explosions, and splatters, which could be seen as a limitation – especially when manpower is limited. The game also requires tricky usage of layers and draw surfaces to insure these hand-drawn blood splatters and burn marks are plastered over the background in an attractive way.

A witty coder may be able to devise some intelligent particle-based system for gore, but the game’s identity depends heavily on a visually satisfying pixel art style, so I chose to draw most things manually instead. It will be worth it.

The flow of action seems slick and fast-paced. What are some advantages and challenges in creating an action game based on 2D level design?

Corey: A lot of things go into making the action feel “slick”. The controls and movement of the character have to feel good. Slashing enemies needs to feel weighty and satisfying. It helps if the animations are stylish and exaggerated. The enemies are designed so that it feels like you’re always just barely dodging something while simultaneously cutting down foes. It is meant to feel like a page from a high fantasy novel during a bloody battle against hundreds of orcs.

The level design should help to accommodate these little moments of bloody storybook brawls. Natural arenas where enemies pop out of the shadows. Obstacles and traps which can be turned against your foes. And beyond the battles themselves, the levels should convey a sense of gradually moving higher and higher towards a lofty goal in the distance; the game’s plot culminating as the mountains fall beneath you and seasons change. I like it when the visuals convey an impression of the hero’s journey.

What are some things you haven’t done in the game yet that you plan to implement?

Corey: Lots of stuff with the RPG elements. You will be able to parry attacks and stop time, allowing yourself to wail on enemies with multiple attacks or spells until they’re suddenly obliterated when time starts moving again. Stuff like that – making sure every skill point powers up your character in a unique way and allows for interesting playthroughs.

On the music side of things, what were some challenges in developing the score and soundtrack for the game?

Daniel: I have a real comfort zone when it comes to music, and I tend not to stray too far from my own tried and true methods. This project challenged me to step away from classic chiptune composition and utilize elements of genres that I wasn’t totally comfortable with, which really required me to be mindful of what I was doing. I felt that one of the tracks, for example, required an 80’s style drum beat, something that I hadn’t tried to emulate before. This meant that I had to research just how those drum beats were created, from instrumentation and effects through to the actual physical timing of the beats. This mindfulness, though it was more time consuming, has ultimately made me a better composer, or at least a composer with a more broad spectrum of skills. This more meditative process really allowed me to think about each individual element of the music, and try to be as thoughtful with my choices as I could be. There are, for example, a few Easter eggs in the music – one track has morse code, other tracks have sneaky reverse messages, things like that. I’m not going to give it all away, but there’s quite a few, and I really enjoyed challenging myself to be more creative, thinking outside of my usual boundaries.

It was also quite challenging to strike a balance between a retro sound and a contemporary sound, without the two clashing with each other or sounding gimmicky. To help achieve this, I used a live piano on every track, to act as a “north star” of sorts, keeping the music cohesive from area to area. Additionally, I wanted to limit the number of unique instruments across all tracks, to help it sound like all of these songs could have been composed from the same part of the world. 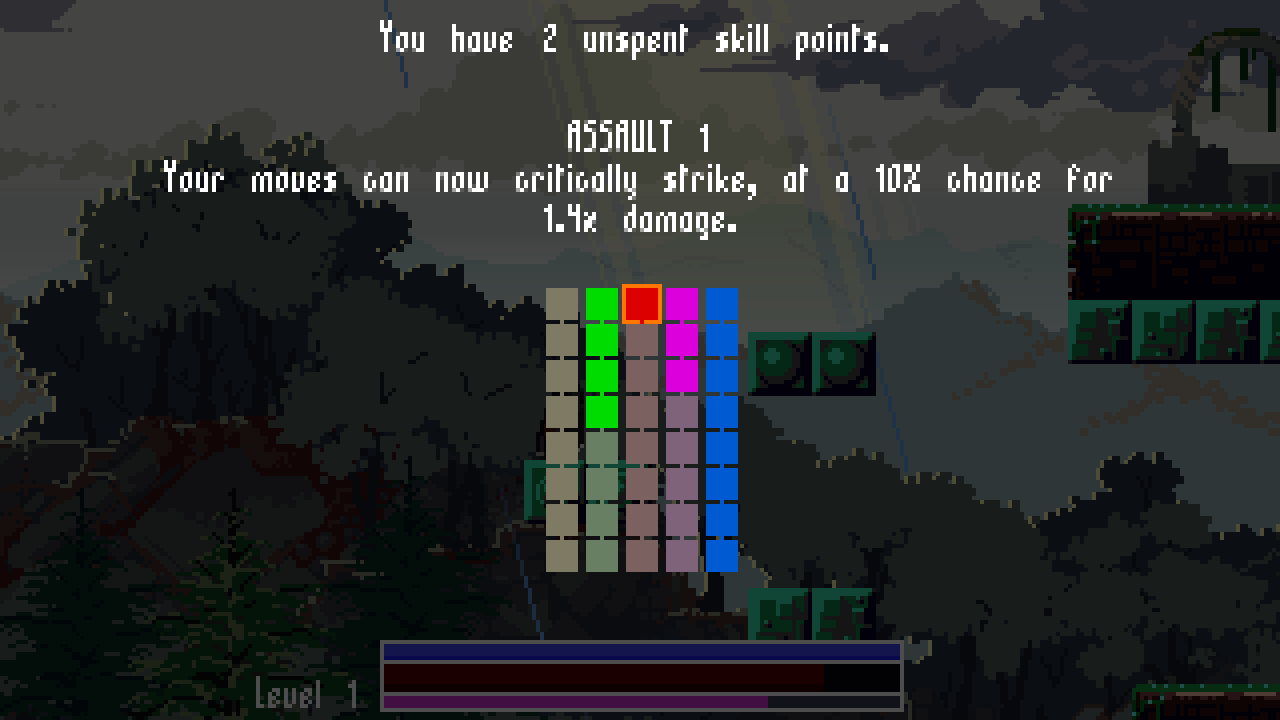 Speaking of music, what are you listening to right now?

Daniel: I’ve got a wide ranging music taste – I feel that it’s important to maintain this as much as possible as a musician. Lately, I’ve been listening to a lot of Carpenter Brut, a grungy 80s synthwave artist, as well as a lot of Shirobon, an electronic musician also from the UK. Corey also gave me a reference track by Nujabes – a kind of chilled hip hop beat, and I’ve listened to that quite a few times since it was first sent to me. I’d strongly suggest listening to Gogol Bordello also – they’re a sort of unusual, eastern european sounding folk-punk. It’s a real genre mash and extremely good listening.

What’s the release schedule looking like, and are you planning on releasing to consoles at a future date?Corey: I really want to release the game by mid-2021, but this date is not official and may be pushed back depending on life factors. I’ll give a more definite date by the end of the year.
I haven’t thought heavily about releasing on consoles, but the answer is probably yes.