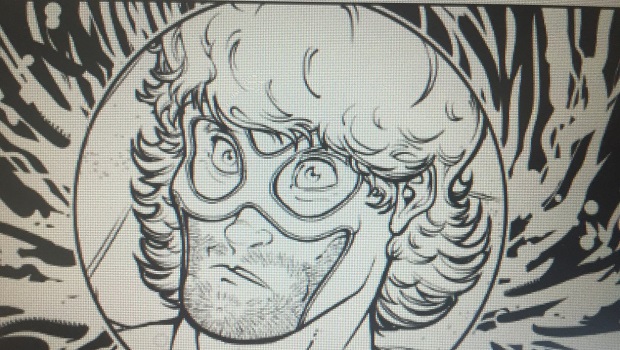 Released last week, the Great Lakes Avengers officially had their first ongoing series thanks to a creative team led by Zac Gorman and Will Robson. In our impressions piece, we really enjoyed the fresh new take on this underrated group. We talked with UK-based artist Will Robson to discuss the ongoing as well as other inspirations for the title.

Gaming Trend: It’s been quite a few years since the Great Lakes Avengers have seen a series devoted to them. What was your inspiration for the ongoing?
Will Robson: It’s their first ever ongoing! They’ve had appearances in other books and a miniseries before, but this is their first solo title. My inspiration is a paycheck! No, just kidding, I was super happy to get this job because it’s a chance to rejuvenate one of my favourite teams in comics. Any opportunity to create or recreate characters at Marvel is a real treat. You never know the popularity they’ll harbour or where they’ll appear in other books. So I’m driven to stuff like that.

GT: You’ve recently done work on the recent Star-Lord run. Do you think your experience with that Marvel title changed the way you handled this one?
WR: Definitely. With Star-Lord, I was very focused on scenery and world building in backgrounds. I’m a HUGE Star-Wars fan, so I treated the book like I was in that universe. With GLA, it’s very urban which is another itch I love to scratch. Polar opposite locations but equally as fun.

The trades are out now! Plugplugplug

GT: Speaking of the art, compared to the previous miniseries (which was a parody of dark and gritty comics at the time), this series seems lighter and softer. What kind of mood were you trying to convey with your art style?
WR: People keep telling me I have a very lighthearted art style; I think that’s only because I only use line weights in my inks instead of shadow. Colourists are so good nowadays I feel there’s no need on certain projects to over render or overshadow, especially on a comedy book. My goal is to always draw facial expressions where you could understand the whole story without ever reading the speech bubbles. That to me is successful storytelling.

GT: The team moved to Detroit in the interim. I know Zac Gorman lives in Ann Arbor and you’re based in the UK, so is it a different experience drawing a place that you don’t visit often?
WR: Not really, Google Maps is a wonderful thing. Plus, I spent half my life in the States, so it wasn’t a new world or anything.

GT: Since their induction, the Great Lakes Avengers are always portrayed as a group of ineffectual heroes. What makes this series different than the previous depictions of the team?
WR: They’re still pretty useless as a team, and I think Big Bertha and Good Boy are the real superheroes of the group where the rest are kind of in desperate need of each other. I think the difference in this series compared to Dan Slott’s [is that] we are focusing on all the characters instead of just Mr. Immortal’s story. Don’t get me wrong, I love that miniseries, but we have the luxury of an ongoing so we have way more space to really develop these characters.

GT: Regarding team members, there’s a new character you created called Good Boy. This person is an artist that becomes a werewolf, and I can’t wait for the next couple of issues! How did you end up creating the character, and will there be any other additions or changes within the team?
WR: Well, Zac created her and I designed her. She originally was a gender neutral transgender African American, which I was pretty excited about as that demographic is completely hidden in comics. But the redesign is cool too, and makes more sense for the Furry alternative persona she has. As for changes and additions, I plead the fifth!

GT: Speaking of other members, we get to see a glimpse of Mr. Immortal near the end of the first issue, and it doesn’t seem like he’s in the best situation right now. Will we see more of him next issue, or will we have to wait a little longer to see how he’s doing?
WR: Yep, you’ll definitely see more of Mr. Immortal and why he’s 6 feet under with a breathing tube. More on that in the next issue.

GT: I have to ask the obligatory Squirrel Girl question: will she pop up in the series? Her cameo in the first issue was one of the highlights of it, and I’d imagine you guys and Ryan North’s team doing some sort of GLA/Unbeatable Squirrel Girl crossover or collaboration.
WR: I honestly don’t know nor could comment, I just draw the scripts I’m given like a good soldier!

GT: Marvel Now (not to be mistaken with the other Marvel NOW line), has seen some pretty surprising revivals and team-ups. Other than this series, what other new titles have caught your eye?
WR: Champions! I’m a huge Humberto Ramos fan and I thought the first issue was awesome. I’d love to play in that universe on day.

GT: Are there any pointers or tips you could give aspiring artists who might want to work for a comic publisher when they get older?
WR: Start drawing at least 4-6 hours a day, because if you start working in comics you’ll be drawing all day every day to hit your deadlines. Attend comic conventions and make connections with editors at portfolio reviews and keep going. You will break in, [but] you won’t if you stop trying.

GT: Finally, any last words of any future developments, favorite foods or books, or just things you’d like to say?

WR: I read a ton of monthly titles, my favourites right now are