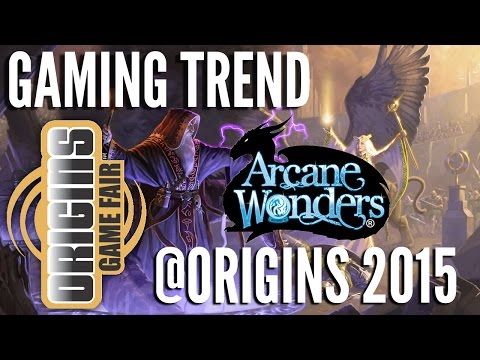 I was amazed when Arcane Wonders came onto the scene.  I remember seeing them at GenCon before Mage Wars was released.  They came out with a beautiful and strategic game, and their expansions increased the replayability of the game.  I always wondered what else would come from Arcane Wonders, and they finally released a new game not named Mage Wars.  Sheriff of Nottingham drew critical acclaim and it even won the Origins Award for Best Board Game.  I got to talk to Scott Morris from Arcane Wonders about the future of Mage Wars as well as their upcoming original games.

There’s a lot to look forward to from Arcane Wonders. They are definitely proving that they aren’t a one hit wonder.

Stay tuned for even more videos coming out from Origins.