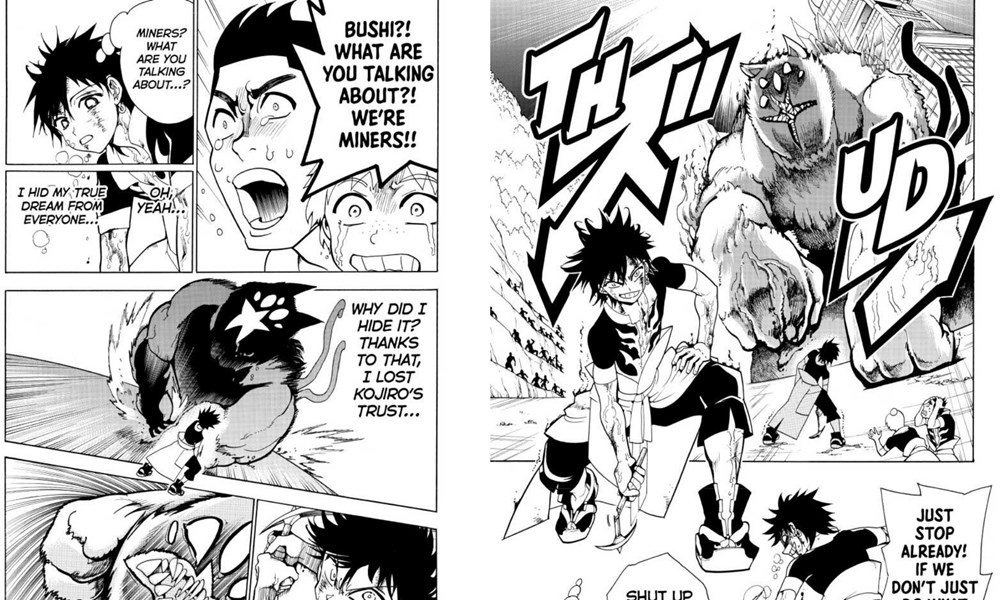 Editor’s note: We’re hitting the ground running with our manga reviews this year! While I might not be able to give every volume a full review, I’ve decided to do quick impressions and debut the new rating system for our manga mini reviews. I present to you our UwU system, with the rating capped out at 5 UwUs! I hope you have a great time checking out some fresh new manga! 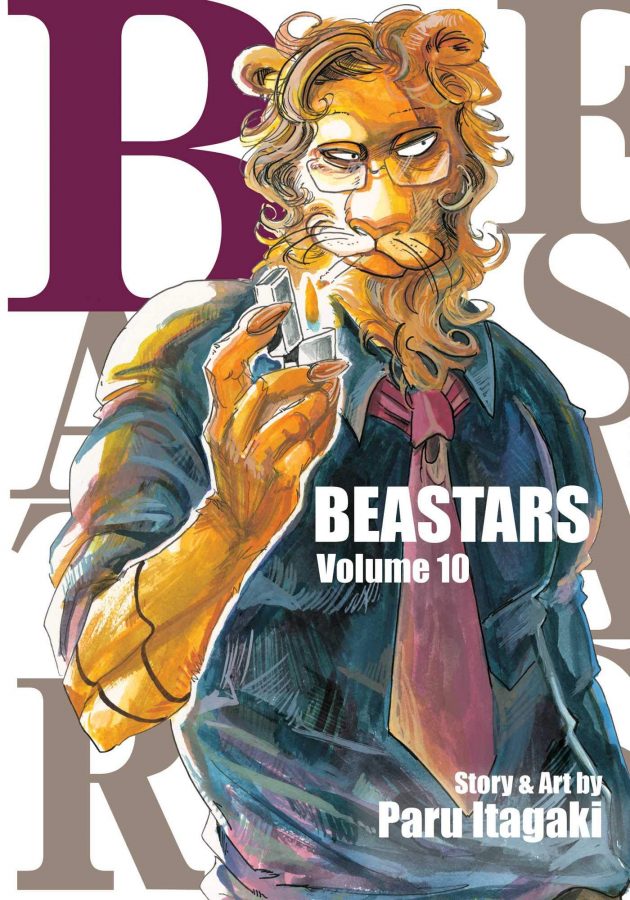 Continuing with my “I’m not a furry, but…” starter pack, I’ve been impressed with Beastars ever since I laid my eyes on the western release in 2019. I’ve grown to love the characters, and the world’s opened up after the story left Cherryton Academy and headed into the dreaded Black Market. Considering last volume’s climactic revelation regarding the series’ initial mystery, it’s interesting to see the dynamics between protagonist Legoshi, new drama club member Pina, and obfuscating two-faced Riz. They all need to keep quiet, yet the second one of them pipes up, the façade is over.

While the friendship between Legoshi and newly minted Shishigumi boss Louis has always been the main appeal here, this volume explores the parental figures both animals have. We get chapters regarding Legoshi’s current mentor Gohin as he rehabilitates those in the Black Market as well as Gosha, Legoshi’s grandfather who makes a surprising debut in a flashback. In addition, Louis gets some more development as second-in-command lion Ibuki tries to be a mentor to the young deer as he navigates the cruel world of crime.

The way this volume transitions between three different plotlines separately while also spotlighting some important minor characters is seamless, and I can’t recommend this more. If you haven’t checked out this manga yet, you definitely need to check it out before season 2 of the anime comes out later this year.

The first western 2-in-1 omnibus of King of Eden was probably my favorite release of last year, and this follow-up is a great continuation of the high-concept thriller. The first half of the omnibus dwells on Teze Yoo’s archeological past and the origin of the Wolf virus. It’s a flashback that’s necessary but slows the pace down quite a bit. 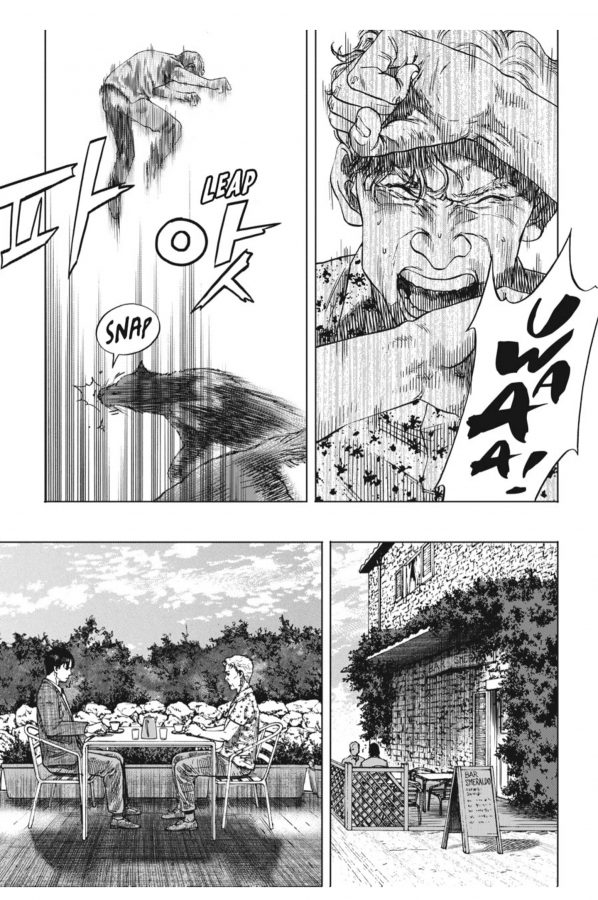 Thankfully, the rest of the book kicks back to the present day, where he, Rua Itsuki, and a few others need to stop the Wolf virus from spreading. It doesn’t help matters that the leaders from the United States, Russia, and China are coerced into assisting evil forces into spreading the virus around the world. Thankfully, it seems that Yoo and the other three survivors of the archeological massacre have an immunity to the virus, as the reader finds out that they have the potential to become descendants of the Child of Saturday, who can control and vanquish these creatures.

Like the previous King of Eden omnibus, the art style is gritty and gorgeous, though the flashbacks don’t have great backgrounds; understandable given the cramped setting, but still disappointing nonetheless. An otherwise small blemish to a great volume, I’m super excited for the thrilling conclusion this year. 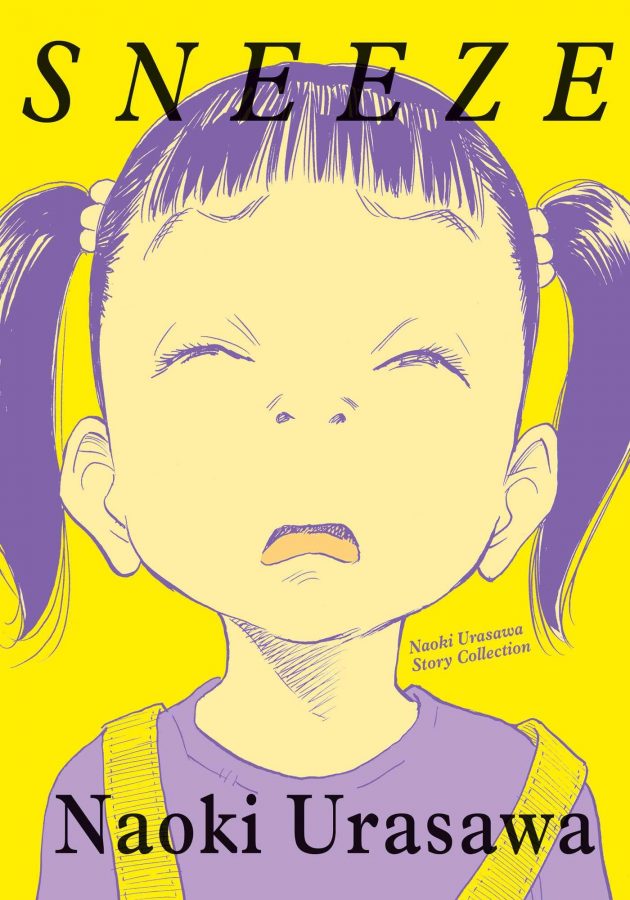 I’ve been impressed with Naoki Urasawa’s works since reading 20th Century Boys, and here we have a collected works anthology of sorts. While Sneeze aims to link all of its stories with the act of… well, sneezing, I think that you could divide these assorted chapters into two categories: musically-based slice-of-life stories and fantastical tales. It’s cool at how wildly different the stories within the anthology are, but I’m more into the mysterious intrigue of the latter half. Tales such as “The Old Guys” and “Musica Nostra” feel like a spinoff of 20th Century Boys, which is fine, but it doesn’t carry too much emotional weight.

On the other hand, I liked all of the tales that had colored pages. Henry and Charles is a Tom and Jerry-esque manga that showcases the bumbling antics of the titular mice, and the fully-colored chapter is a fun romp. Kaiju Kingdom, on the other hand, has French otaku Pierre and Japanese researcher Misaki investigate the mysterious appearances of Kaiju in Japan, and features a mythical aspect with a funny punchline at the end. If you can get past the less interesting (but admittedly more grounded) music tales, this is a great anthology for Urasawa fans. 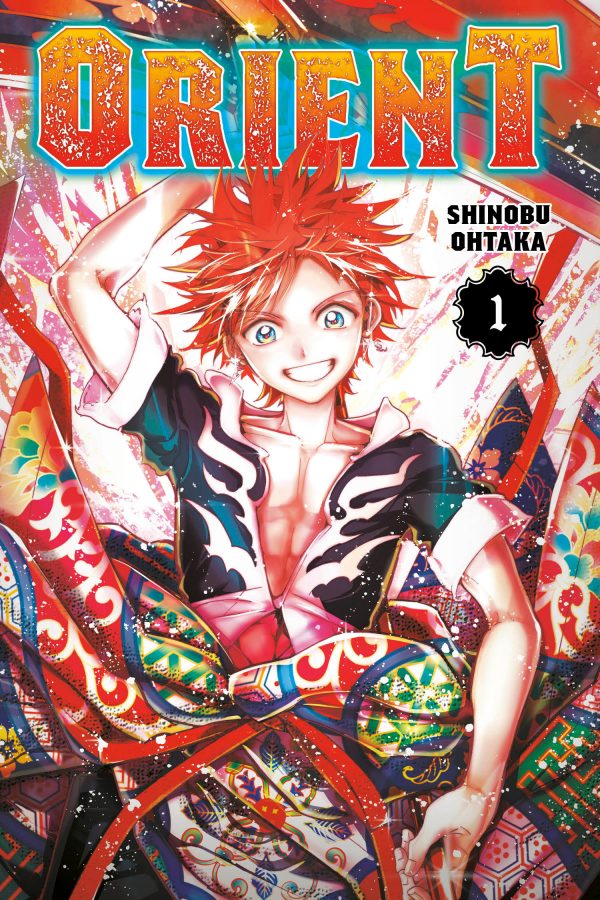 The demon-slaying subgenre of shonen manga is rife with contemporary debuts, and the recently ended Demon Slayer: Kimetsu no Yaiba has blown up in Japan. Showing up back during the growth of the aforementioned Kimetsu no Yaiba, Orient is a fun little romp that’s a bit too derivative to recommend wholeheartedly. That said, it’s a fun beginning that I hope can find its unique aspects soon.

In the land of Hinomoto, there are demon gods that rule the land, and warriors known as Bushi are the ones that will destroy these foul creatures and bring peace back into the land. Except these tales are apparently false, and demons have ruled the world for over 150 years. Main character Musashi and his best friend Kojiro Kanemaki grew up with tales about one day slaying demons, but unfortunately become slaves to the system. After a sudden realization, both friends resolve to slay their overlords and free the world from demonic powers. The end of the volume includes a new group of older Bushi that step in to save Musashi from sudden doom.

The premise of the series feels derivative to other recent shonen series, and as a result feels a little too predictable; I could tell what was coming up a mile away, and it didn’t really wow me quite like recent debuts. The art is mostly great, and the way the enemies are drawn is marvelous; it feels like the demon gods are behemoths for the heroes to destroy, and it looks amazing. That said, the art style on the human characters is inconsistent and rough around the edges, with the first couple of chapters feeling amateurish when dealing with Musashi’s design. I might be interested in checking out future volumes, but for now it’s a passable effort.

We hope to see you back here again soon for more manga reviews beyond the page, here on Gaming Trend!

Elisha Deogracias is an aspiring accountant by day, freelance writer by night. Before writing for Gaming Trend, he had a small gig on the now defunct Examiner. When not being a third wheel with his best friends on dates or yearning for some closure on Pushing Daisies, he's busy catching up on shonen manga and wacky rhythm games. Mains R.O.B. in Smash. Still doesn't know if he's a kid or a squid.
Related Articles: Beastars Volume 10, Beyond the Page, King of Eden Omnibus 2, Orient Volume 1, Sneeze: Naoki Urasawa Story Collection
Share
Tweet
Share
Submit