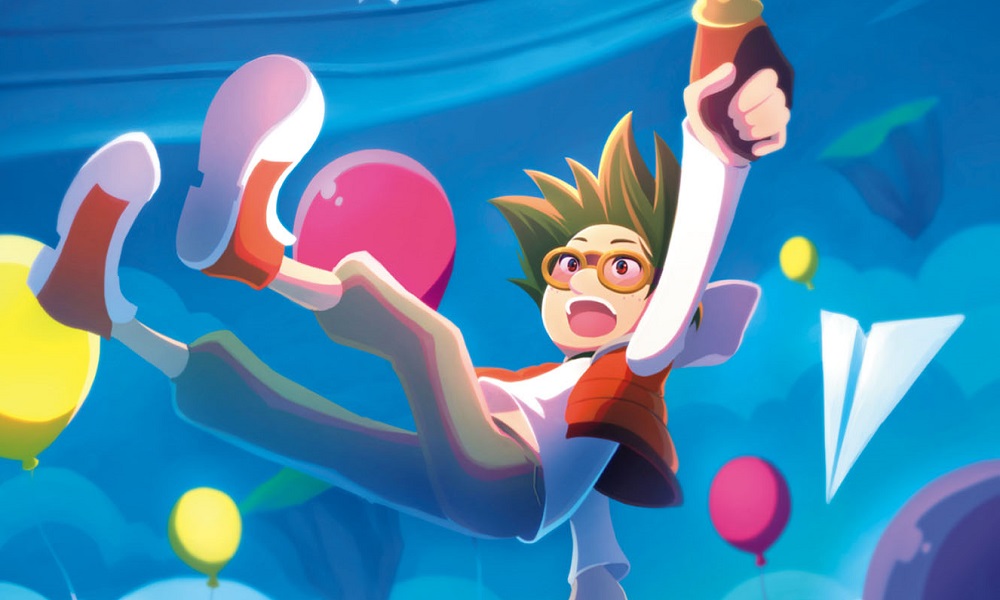 We’re heading into the sweltering summer months, and school’s out! That means more time to stay inside with the AC and read your favorite manga and light novels! This time around we’ve got two light novels to review, with one of them being based on the recently released Balan Wonderworld (Spoiler: It’s not as bad as you might think!). 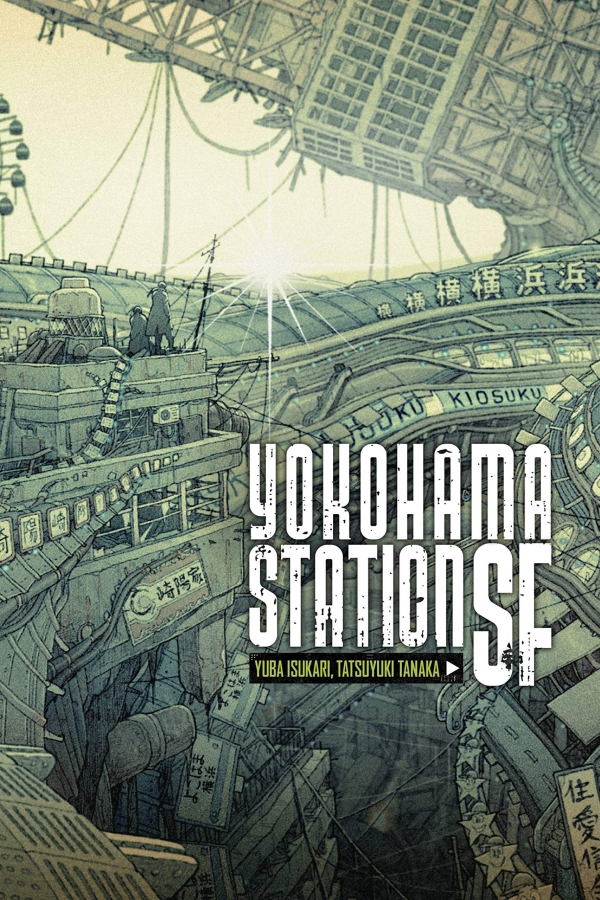 The mark of a good novel is whenever you think about it long after you’ve finished reading it. Yokohama Station SF is a great example of this, and weeks after putting it down, I still love to think of the implications surrounding its world and would love to see the Japanese-only sequel be localized.

Hiroto is a normal man who gets the opportunity to travel to the mysterious Yokohama Station, an ever-expanding behemoth of a structure that is ravaging Japan by assimilating the nation into its mechanical grip. He only has a few days to explore the place, but he has a mission: to find the leader of an unknown organization.

While the story is straightforward in its premise, a lot of the appeal comes from the horrific implications as to how a place like this operates. It automatically takes over natural resources and landmarks, and in order to live there, its people are implanted with a Suika, a kind of digital wallet that’s used for everything. What if you don’t have one or disrupt the peace? Turnstiles (gargantuan robotic gatekeepers) are more than happy to throw you out, and in this world, it basically spells death.

There are a few themes explored in the novel, specifically the conflicts of class and rebellion, and it’s all done in a way that makes you wonder about what’s truly going on while keeping the pace quick and snappy. There are a handful of characters introduced within the novel (including a POV shift in the middle), and they all have vibrant personalities that shine through their dialogue. While not every question is answered and the end is a tad ambiguous, it’s a wonderful tale that had me yearning for more of this universe. 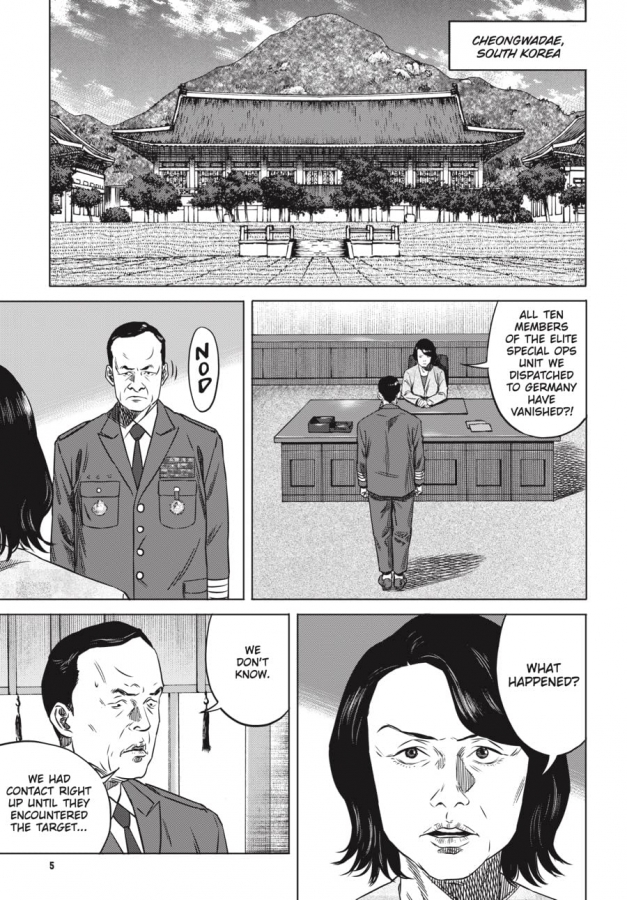 On the other hand, there is a thing as too much ambiguity. Case in point, King of Eden Volume 3, which collects the fifth and sixth volumes of the manga. While I was initially excited by the series from its first volumes, the execution of this finale leaves a lot to be desired.

Teze Yoo and the rest of the children of Saturday are in an epic confrontation with the Wolves as the two sides are in a climactic battle with each other. In a race against time, the cast needs to find a way to stop the virus from spreading, and the answers may just as well be within the Garden of Eden… but can they find it?

The thing I enjoyed most about reading King of Eden initially were the references to mythological and historical events, specifically with the biblical tale of Cain and Abel. Well, it turns out the celebration was short-lived, as the manga feels like it needs to throw a bunch of plot twists at the reader to make an epic story. The second half of this volume’s pacing is wildly inconsistent, going at a breakneck pace when what we really need is a breather. Characters suddenly have different motivations and the execution is sloppy and not described well enough.

While I understand the main theme of this series is the never-ending struggle between good and evil (and the question of what happens when it’s all over), by the final pages I felt confused and cheated by everything that’s happened so far. It doesn’t even end properly, with a finale that’s convoluted and inconsistent with the rest of the manga. If it wasn’t for the great art, I would be rating this lower, but all in all I had a great time with King of Eden; it’s just the last few chapters that made me question my loyalty. 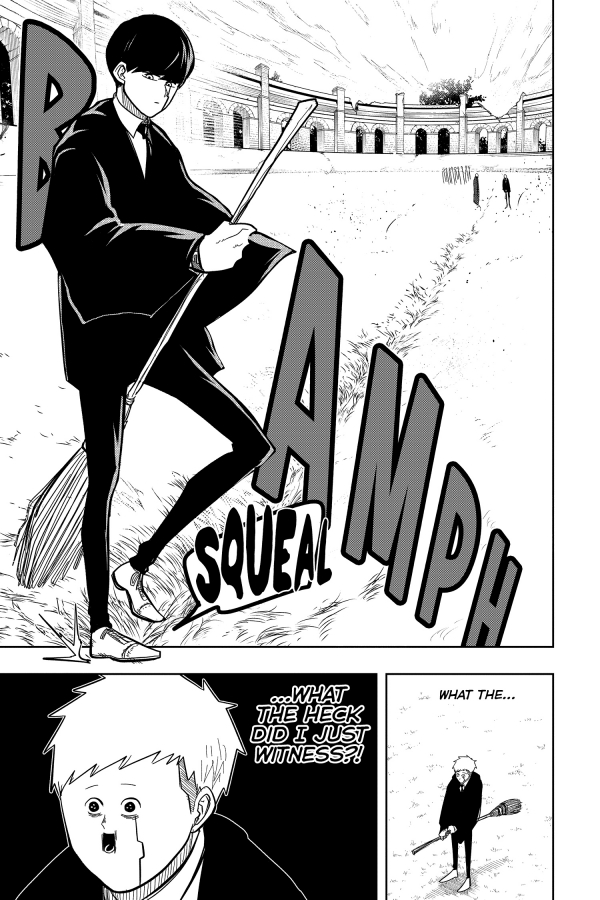 While the “overpowered protagonist” trope is something that’s been used to death in manga, there are a few series that do it right, from Mob Psycho 100 to One Punch Man (oddly enough created by the same person). Mashle: Magic and Muscles is one of those series that does this extremely well, causing it to be a mix of Harry Potter, Bobobo-bo Bo-bobo, and the aforementioned One Punch Man with a main character that’s equally oblivious yet likeable, and a premise that’ll make it an instant Shonen classic.

In the world of Mashle, magic is commonplace; in fact, those born without the ability to cast magic are hunted down and persecuted. Enter Mash Burnedead, an adopted child who lacks magical aptitude in a world full of wizards. That said, he makes up for the lack of magical brains with brawn… so much brawn, in fact, that he’s ridiculously overpowered. After a confrontation with people who want to kill him, he’s given an ultimatum; become Easton Magic Academy’s Divine Visionary or perish. What transpires are magical adventures… with someone who cannot use magic at all.

Now, I’ve been reading and reviewing Muscles are Better Than Magic!, and personally I don’t like the protagonists due to how cocky they can be at times. Mash operates similarly to Yuri as both are buff men who can shrug off any magical assault that comes their way. However, while Yuri is too smug and a flat character to carry the series’ premise, Mash is a legitimately fun character. He’s a bit dimwitted when it comes to traditional magical studies, but cares for his friends and dips into the Shonen protagonist stock tropes without it feeling too schlocky. In an epic example, he nearly pummels the series equivalent to Dumbledore in order to get admitted to the Easton Magic Academy but never loses his cool or resolve.

The way battles and fights work in this series is hilarious, with most characters baffled by the unorthodox ways Mash circumvents his lack of magical prowess to do magical things. In a way, it feels like a gag manga but excellently blends comedy and action, and this first volume is only a taste of what’s to come here. It’s as sweet as the cream puffs Mash eats, and I implore every Shonen Jump fan to read this immediately. 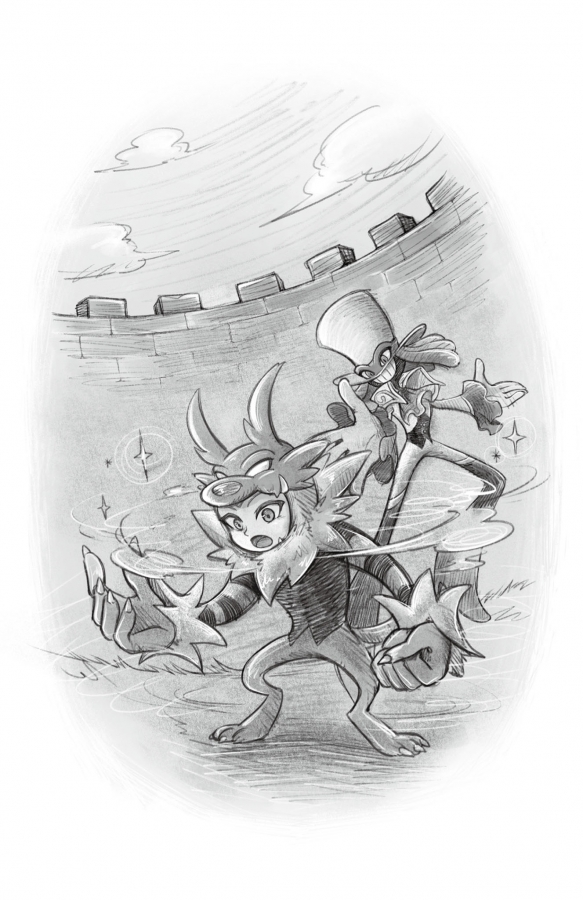 Okay, so Balan Wonderworld has had… a rocky reception, to say the least. It’s gotten so bad that Yuji Naka might retire from games forever, but I’m admittedly morbidly curious about the world he created. While the game is not the masterpiece platformer we expected, it still admittedly looks gorgeous, and its novel counterpart, Maestro of Mystery, Theatre of Wonders, holds a glimpse of what could have been had the game been something visual instead of interactive.

Like most tie-in novels, Maestro of Mystery, Theatre of Wonders works best if you’ve played the game or know what it’s about. Unlike most novels, however, this is the only way you’re going to get most of the story, since besides the opening cutscenes, there is no narration or explanation on what’s going on in the game. (Also, if you picked Emma as your starting character, you’ll probably be disappointed because this novel focuses on Leo.) Basically, Streetbeat (actually Leo, but this isn’t emphasized until later) goes to the twelve different stages in Wonderworld, meeting the cast of characters while accompanied by Lance… you know, the bad guy. The beginning acts as a bit of a prequel to the game, and Lance masquerades as a benevolent force here while Leo interacts with the rest of the cast. If you liked the game, you’ll definitely get the most out of this, since it explains things like the existence of Tims and Negati, the detailed backstories and trauma of the characters, and even why things pop in and out when you’re exploring (it’s not an unintentional glitch, it’s actually a feature). After playing the demo and then reading this, it actually does piece together some questions I had with the game itself.

With so much stuff here, it’s a shame that in order to fully enjoy this, you’ll need to play Balan Wonderworld, which is something I’d advise against. (Then again, I just bought a PS5 copy for $20 so please take my opinion with a grain of salt.) The flow of the story is also pretty straightforward, and with a cast of twelve different characters and stages, there isn’t much time for the story to breathe. It’s still a good read for those that don’t want to endure the full game, but I wish this was a more standalone experience. The art here is gorgeous, and the images are beautiful; I really hope that Yuji Naka can learn from his misstep and delve deeper into Wonderworld, because it’s a place worth visiting under the right circumstances. 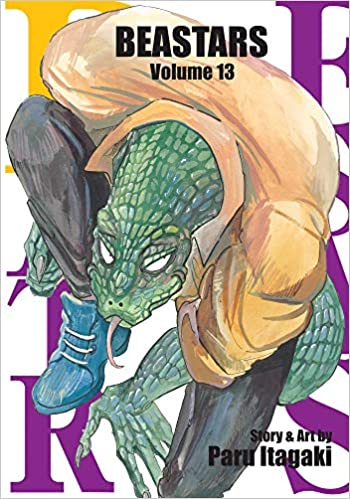 In light of everything that’s happening in Beastars, this volume feels like a bit of a breather. We’ve got more worldbuilding outside Cherryton (in fact, Haru and Louis make only brief appearances here), with Legoshi acclimating to his modern life post-meat offender status. This feels more in line with Beast Complex, since it delves into the lives of those living in the Beast Apartments. (In fact, some of these characters end up being featured in Beast Complex’s later chapters, so my assumption isn’t far off.)

We’ve got another character to introduce here, with Sagwan the seal coming into play. He’s big fun to be around, and also of marine culture, so it’s a fish out of water character arc for him! I do like how he and Seven play off of Legoshi’s innocence (the former being a nude-happy and laid-back dude, while the latter is a mature, experienced woman), and they fill the gap that Haru and Louis left back in Cherryton.

The biggest flaw here is that much of this feels filler; it’s great that we’re seeing more of Beastars’ universe, but it’s a lull that’s accentuated by the characters not doing much. Yayha and Gosha’s former friendship is explored, but that’s the only thing of plot relevance I could see here. Beastars is a wonderful series, and I know the next volume will definitely have more in store for us.

Elisha Deogracias is an aspiring accountant by day, freelance writer by night. Before writing for Gaming Trend, he had a small gig on the now defunct Examiner. When not being a third wheel with his best friends on dates or yearning for some closure on Pushing Daisies, he's busy catching up on shonen manga and wacky rhythm games. Mains R.O.B. in Smash. Still doesn't know if he's a kid or a squid.
Related Articles: Balan Wonderworld: Maestro of Mystery Theatre of Wonders, Beastars Volume 13, Beyond the Page, King of Eden Volume 3, Mashle: Magic and Muscles Volume 1, Yokohama Station SF
Share
Tweet
Share
Submit