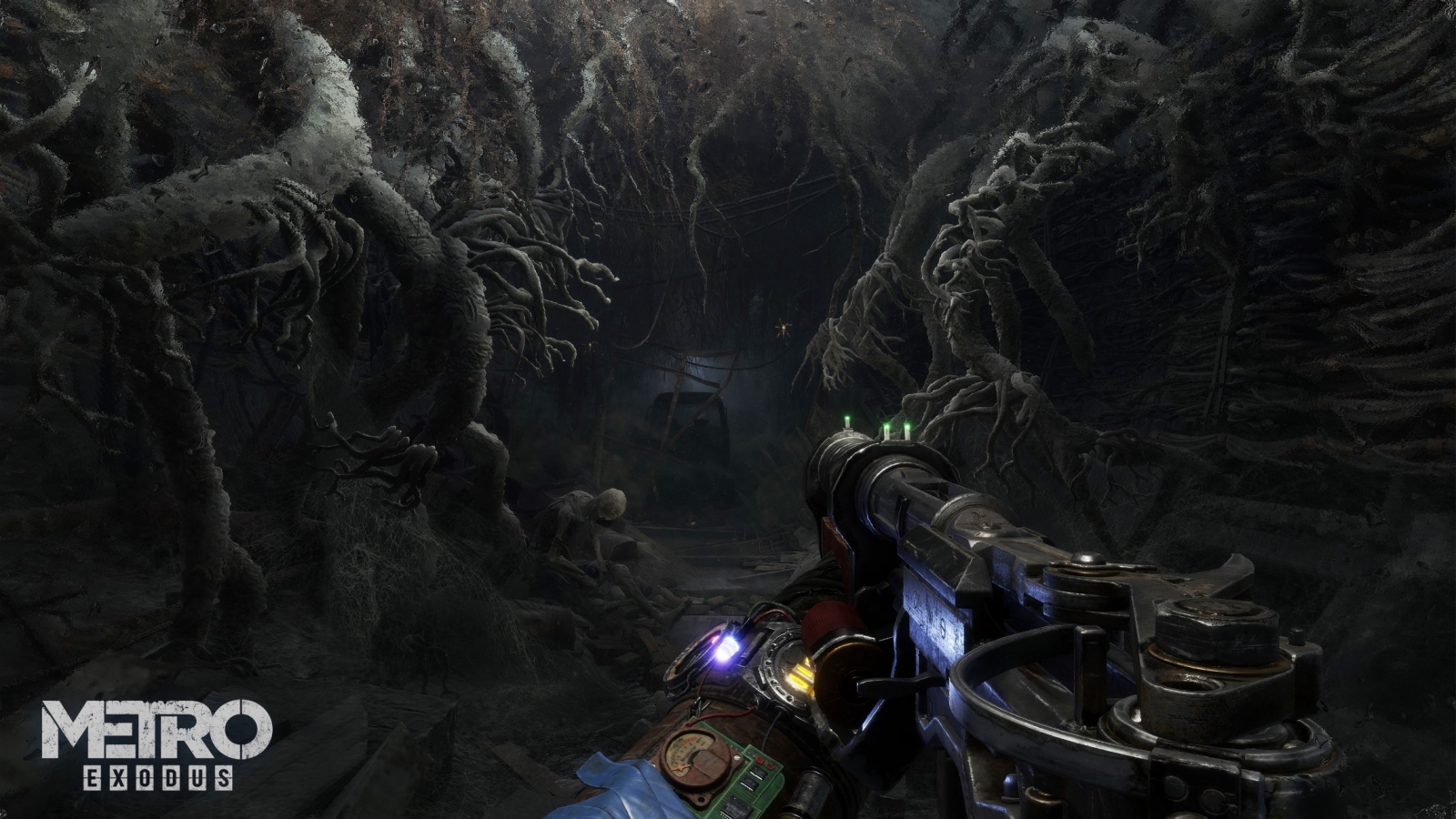 Gosh, I’ve played a lot of Metro Exodus as of late. The worst thing was that I deleted my PC video files of Metro Exodus Enhanced, so I had to play the introduction for probably the fourth time again. Of course, that would be a bigger issue if the game wasn’t stupendous, and as you’ll see by our review and our PC Deep Dive it’s absolutely immaculate. While PC gamers have been enjoying this massive upgrade for over a month, console players have only had it for a week, so it’s time to break out your gas masks, grab your pneumatic rifles and get ready to fight some mutants in 4K. The real question most will have is, “Is it worth breaking out my copy or re-downloading Metro Exodus just for the extra frame rate and resolution?”. I’m here to tell you about it not only being worth it, but how it’s probably a necessary thing to play this game again.

Let’s just start out by saying Metro Exodus is an amazing game. Everything about it was great beforehand, so this upgrade wasn’t something that had to be done, but the extra work put in by 4A Games is highly appreciated. The effort to stick to the books, the incredible setting and environments, the slow-paced survival shooter gameplay, these all are reasons why Metro is one of the best series to grace our choice of gaming apparatus. When you have a game like that, the more people that can play it, the better, and just based on that alone you should play this upgrade.

But what does the upgrade bring? Well, we went in depth on a lot of the upgrades for PC, and most of that applies to the PlayStation 5 version of the game. While some may think that gives less of a reason to grab it, it’s truly a compliment to the optimization of the console version of the Enhanced Edition. It’s crazy to think we’ve managed to jump back to PC levels of competency in one generational leap, and certainly the gap will widen as we continue on, but what has been accomplished here is phenomenal.

I have two side by side videos in this writing of how the game looks on both PC and PS5, and while the PC version definitely has some added textures and whatnot, the PS5 version is no slouch in that department. Not to mention, I’m running the Enhanced Edition at some of the most optimum standards possible (Every slider maxed out, unlimited frame rate that stays around 120fps), and the PS5 version still looks great. One of the things I’m especially excited to see the console version has is an FOV slider. For those on console and possibly unfamiliar with the term until now, FOV stands for “field of view”, and pushing this to the limit opens up the peripheral view around you. When this is available it makes catching enemies or items “out of the corner of your eye” easier, and that’s always a good thing, especially if you’re playing an FPS that requires a decent amount of stealth. The other amazing feature that’s been added is ray-tracing, and the lights and shadows of this game have never looked as good as they do now. For lack of better words, “It’s purty”.

Besides this, I didn’t see many frame rate drops while playing, with a mostly smooth 60fps even with my FOV slider pushed to the maximum. The PS5 delivers, and I do have a TV featuring 4K and HDR, so I know every possible benefit is being brought forward to challenge the system. With games like Ratchet & Clank or Miles Morales requiring specific modes for fidelity or performance, 4K 30fps or 1080p 60fps, the work put in by the developers is absolutely awesome. These are different games, not everything is going to be pushed to its limit by everyone (especially at the beginning of the console’s life cycle), but 4A is going out of it’s way to make everyone feel special.

Something else that’s really special is the audio, and you can tell that the PlayStation 3D audio makes an impact on this game. I’m listening to everything via SteelSeries Arctis 1s, and boy, you can hear everything. One thing I’ll mention right away to you readers if you’re a bit of an arachnophobe like me, it will unnerve you when you light webs on fire and spiders crawl across your character. It’s not good enough to just close your eyes, the audio is so pinpoint it made me shiver.

Now, even though it functions phenomenally in what you see and hear, I’m not as impressed with how you interact. This falls into three categories, stick sensitivity, haptic feedback, and the adaptive triggers. The stick sensitivity issue is that it feels way too slow to turn. I know this isn’t a Call Of Duty game, but having at least the option to quickly move my aim is a must. I’m sure this was probably the same in the original version, but this could have been a part of the upgrade. Even maxing out the slider feels barely normal to a FPS player like myself. You do have an alternative when using a mouse, as I made myself feel sick amping up the sensitivity and my aim flying all over the place. On console, it may match the game’s plodding pace, but at least a choice would be nice. 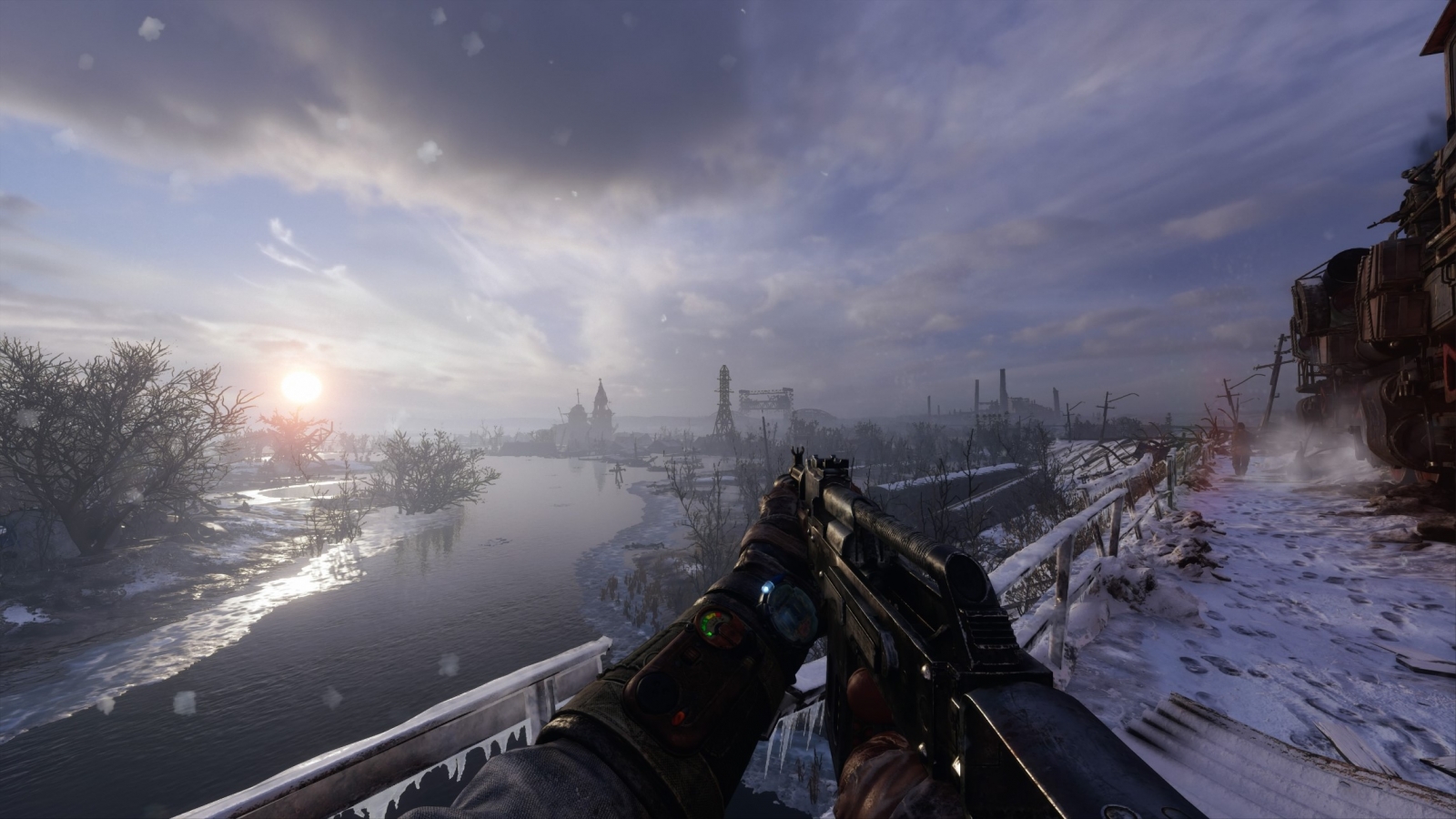 To finish up, I’m going to tackle the DualSense as a whole, both the haptic feedback and adaptive triggers. Several games have used these to staggering detail, most notably Sony’s first party. While the ability was optional if you plugged a DualSense into your PC to play the game, I was hoping we may see the effects amplified once the game made its way to PS5. Unfortunately, everything functions exactly the same. The haptic feedback feels more like rumble, with running for example simply giving the player a buzzing sensation, and the adaptive triggers have a bit of the Call Of Duty resistance when firing, but absolutely none of the weight of the weapon when aiming down sights. Yes, I did praise the use on PC, but I didn’t think it would be exactly what would be available on PlayStation. I am happy PC players have the opportunity to experience something only PlayStation players do, but it should be cranked to eleven for the hardware the controller is used for.

All and all, even to complain about the Metro Exodus Enhanced Edition for PS5 is nitpicking. There’s too much to love in this beloved franchise making its official way onto console, and it does it with a version that comes close to the level of PC, and with so little RTX 30 series cards out there it may even rival it. Next-gen is the ultimate way you should experience Metro Exodus. Not to mention, this is a free upgrade for anyone with a PlayStation 4 copy of the game, and GameStop sells it pre-owned for $20. The question you should pivot to now is, “How quickly can I pick this up?”

David Burdette is a gamer/writer/content creator from TN and Lead Editor for Gaming Trend. He loves Playstation, Star Wars, Marvel, and many other fandoms. He also plays way too much Call Of Duty. You can chat with him on Twitter @SplitEnd89.
Related Articles: Metro Exodus PS5 Enhanced Edition
Share
Tweet
Share
Submit