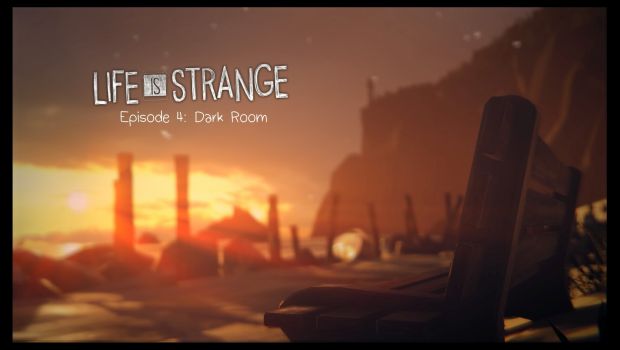 Note: We try to keep these impressions as spoiler-free as possible, but due to the events in episode three of Life is Strange, there will be mild spoilers for anyone who hasn’t completed the third episode yet. We recommend you play up to that point before reading our impressions of episode four.

Life is Strange’s penultimate entry has its work cut out for it. After the reality-breaking twist in the last episode, there’s a lot of loose ends to tie up, a lot of questions to be answered, and some serious moral quandaries to face.

Max has realized that she has the capability to drastically alter time through photographs, leaping back five years to before the death of Chloe’s father, giving her the chance to prevent that from happening. By doing so, though, Max has altered the world in ways she doesn’t fully understand.

The emotions run wild in this episode, hitting some of the series’ lowest lows for the characters.

Most of the first segments of the game focus on Max trying to comprehend what she’s done, and there’s some trepidation on what course of action to take. It’s in these moments that Life is Strange addresses some of the hardest content since the second episode’s climactic rooftop scene.

The tone quickly becomes dark and depressing, and all moments of teenage bliss from the previous episode are now bittersweet memories. As Max and Chloe talk about what could have been (in this timeline), it’s hard to not think about their actions together in the main timeline. You’ll be ultimately faced with a crushing decision, one that will likely make your stomach turn. There’s no clear answer, just the one you make.

Max eventually realizes that to solve the mystery of Rachel Amber and Arcadia Bay, she must return to her own timeline, and after a reunion with present-Chloe she resolves to be more careful with her powers. It makes the opening segments and episode three’s twist feel a little less dramatic, but we don’t know the ramifications of merging timelines yet – or if Max will ever tell Chloe about what she did.

Characters and plot lines begin to intersect, leading to some interesting dialogue, like Chloe’s first interaction with Mr. Jefferson.

Either way, the mystery resumes, and we’re back at it once again with teen detectives Max and Chloe on the hunt for Rachel Amber. In most episodic series, this is the point where the action meanders a bit, and Life is Strange is no exception. Characters need to be in their places for the finale, and plot lines need to reach their peak.

By the end of the episode, you’ll know the answer to many of Life is Strange’s questions. Who’s been drugging and kidnapping Blackwell students, what Nathan Prescott is hiding, and what the connection is between so many of Arcadia Bay’s suspicious characters.

When it’s revealing the mystery and putting control in the player’s hands, Life is Strange is still as amazing as ever. While some might call the final reveal of the villain behind this all predictable, it still raises enough questions to make me curious to replay previous episodes and see if I can follow the trail.

The nice part is that this is a noticeably longer episode. Having to wrap up both the timeline jump and move the pieces into the right place means that you’ll be jumping around a lot, seeing both brand new locales and old places. While it detracts a bit from the sense of urgency, it’s nice to see a lot of the running side characters get some resolution as well.

Side characters like Samuel still get their moments to shine, and help flesh out the world around Max and Chloe.

You can get so lost in the craziness of the main story that you might forget about characters like Samuel, Alyssa or Daniel, but those who have been keeping up with side characters’ plots throughout the first three episodes will see big payoffs. It’s impressive how many plot threads developer Dontnod Entertainment has kept running throughout the series. Even minor choices from the first episode show up, affecting some key moments and decisions in “Dark Room.” It’s refreshing to see an episodic game keep choices so relevant, and a testament to how grounded Life is Strange remains in its characters and their development.

Puzzles do once again rear their ugly head, though, and there’s an especially frustrating dialogue section to pass that will require multiple tries. There is no rewinding to certain sections, either; if you mess up, you’ll have to rewind the whole way and try another one of the choices (and there are a lot of branching outcomes). There’s also some frustrating key codes and numbers to locate that quickly becoming mashing in numbers and rewinding if you used the wrong set. The only solution I found I could reasonably deduce in that section was the key pad for the titular “dark room,” hidden in a way that I could only find intuitive in hindsight, but was impressed by nonetheless.

On the opposite end of the spectrum, the section where Max must connect all the collected clues so far to make one big deduction was extremely entertaining. It reminded me of titles like Phoenix Wright and Danganronpa, where you stare at evidence until the “ah ha!” moment clicks and you get a rush of excitement seeing it piece together. After that segment, I secretly hope Dontnod’s next project will involve the same mechanics of connecting clues and evidence, as I spent the rest of the episode wishing every puzzle was more like that big board and less like a conventional adventure game dilemma.

Piecing together the clues is refreshing and interesting, requiring a fair amount of deduction and reasoning to solve.

The one point that stuck out to me this episode, one that I haven’t addressed in my recent impressions, is just how perfectly Dontnod nails camera angles during story scenes. Huge revelations have dramatic angles and lighting, while more reflective or intimate scenes have a softer tone and use interesting framing to convey unspoken messages. It isn’t often I get to compliment a game on this, but Life is Strange’s excellent use of focus and bokeh (the blur caused by out-of-focus areas in a camera lens), mixed with the consistently stellar soundtrack, just gives it a more intimate and expressive feel than anything else out there.

As a standalone episode, “Dark Room” is sure to be divisive. The end-of-episode cliffhanger is gut-wrenching and sure to raise some eyebrows, and the overall subject material is extremely dark and depressing. This episode addresses controversy unabashedly and then puts you in the judge’s seat, and forces you to come to terms with the reality of the series. Much of the murder mystery, up to this point, has felt like a game of Whodunnit, but there are lives that hang in the balance, and many people desperate to keep things at the status quo in Arcadia Bay.

Certain dialogues will find you rewinding over and over, just to land on the right strain of conversation choices.

Yet Life is Strange continues to be the series that refuses to shy away from the conversations we’d love to avoid at the dinner table, and communicates stories in a more human way than any other episodic series has. This is the do-or-die point for Life is Strange, where Dontnod will either knock it out of the park or end on a dour note, yet “Dark Room” has shown they refuse to pull punches and end things happily-ever-after.

With so many questions raised and conflicts coming to a head, I would be reserved about any other series managing to pull it off. After completing this last episode, though, the story of Max and Chloe is still my favorite story so far this year, and a contender for the top spot on my end-of-year list. At this point, if you haven’t been playing Life is Strange, you’ve been missing out on one of the best experiences so far this year.