The Isle of Armor, the first of Pokémon’s two part DLC, has been released into the wild, bringing with it new Pokémon, some familiar Poké faces, and a few surprises. Don’t be fooled by the relatively small size of this island–it is overflowing with content, quests, and more than one fan favorite feature.

Perhaps the most surprising and exciting content offered by the DLC is one which the Pokémon Company did not mention at all–the return of follow Pokémon. As you play through the plot of the Isle of Armor DLC, you’ll eventually be able to unlock Follow Pokémon, a feature trainers have been asking for since it first appeared in Pokémon Yellow. It’s actually rather astounding that The Pokémon Company did not make any mention of this feature, given its popularity among the general public. 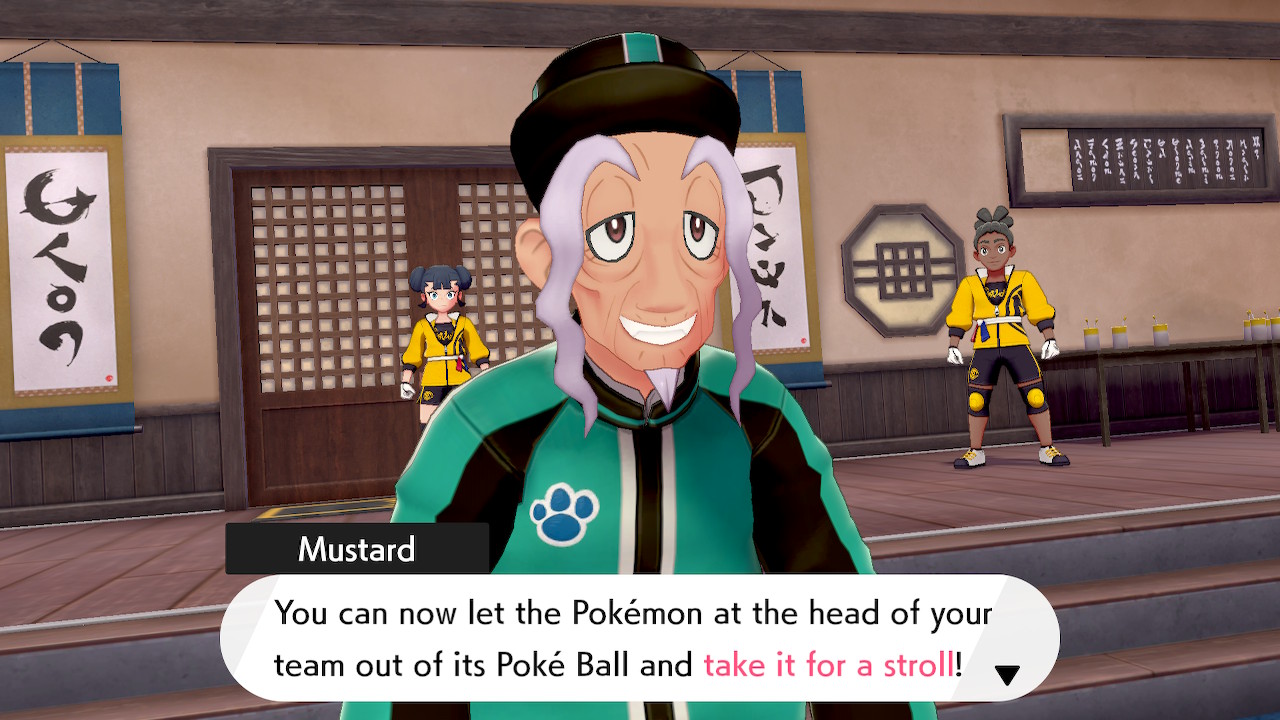 Introduced as a way to help you bond with Kubfu, the pint-sized Pokémon star of the Isle of Armor DLC, the first Pokémon in your party will now follow you around the Isle of Armor. It is worth noting that you must physically be on the Island of Armor itself in order to experience this feature–your Pokémon will return to its Pokéball the moment you set foot on mainland Galar. Each Pokémon has its own unique movement animation and speed, though you cannot ride on your larger Pokémon, as you can in the Let’s Go titles. Applin literally rolls over itself, face first, to keep up, Zekrom and Reshiram hover in the air, looming behind you, Palossand oozes its way slowly forward like some gelatinous nightmare, and Magikarp just flips and flops about, as one would expect from this now infamously useless water type. You needn’t worry about your Pokémon keeping up, they will teleport to your location if they fall too far behind, and will continue to follow you even when you hop on your bike.

The story of the DLC focuses on befriending and evolving Kubfu, a shy little bear with a passion for martial arts. By completing the various tasks set forth by Mustard, who runs the dojo on the Isle of Amor, you’ll prove yourself the dojo’s most worthy student, unlock a recipe which will unlock the Gigantimax forms of more of your Pokémon, and eventually challenge either the island’s Blue or Red Tower, allowing your Kubfu to evolve into one of its two potential final forms. In the process, you’ll be fetching a number of items, exploring the island, battling Pokémon, teaming up with an old friend, battling Dynamax Pokémon, and testing your skills against a new rival. 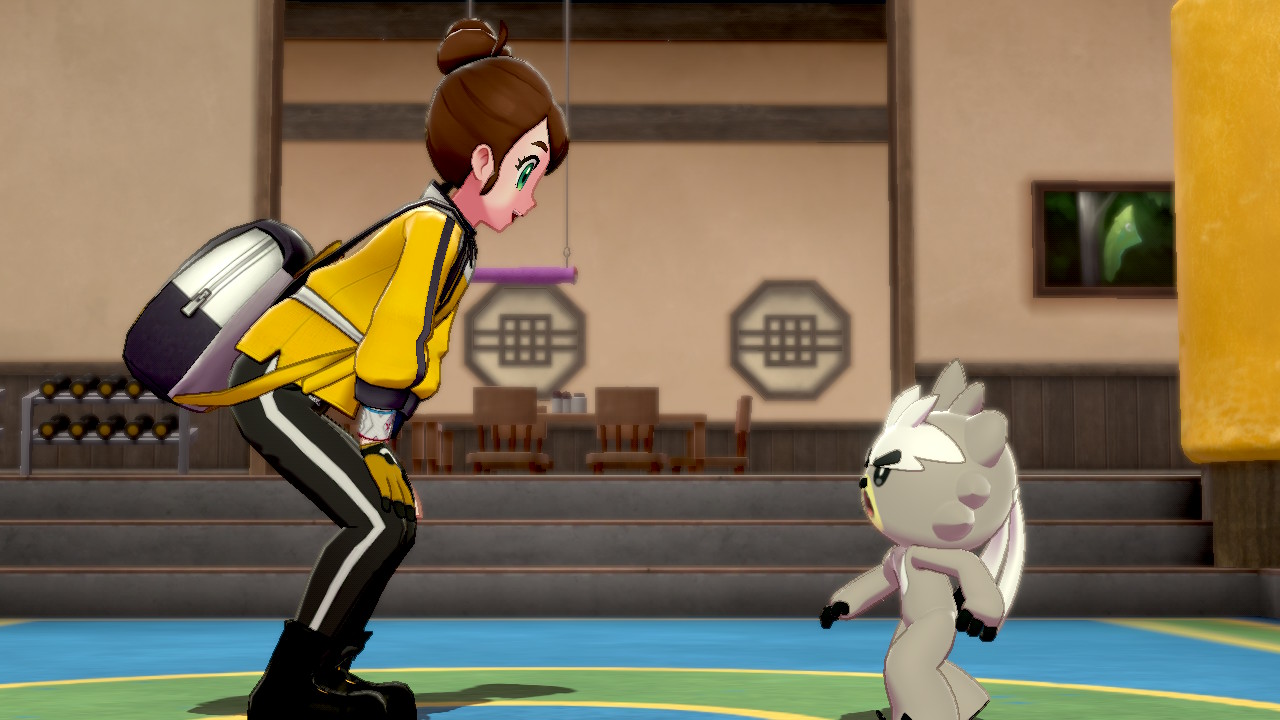 The differences between the Sword and Shield versions of the DLC are minimal, and revolve around your rival and your Pokédex. The Red and Blue Towers are available in both Sword and Shield, so the final form of your Kubfu is not limited by which version you are playing. In Sword, your rival will be Klara, a cute but cunning trainer with ambitions of becoming a poison-type gym leader. In Shield, you’ll be competing against Avery, a cocky young man determined to become a psychic-type gym leader. While there are some minor dialogue differences between these two characters, the meat of the experience is exactly the same, with their chosen Pokémon being the only real difference.

The DLC update brings a number of Pokémon not previously found in the Galar region to Sword and Shield, and while anyone can add these Pokémon to their Pokédex, regardless of if they have purchased the DLC or not, only those with the expansion pass will be able to encounter these returning Pokémon wandering in the overworld of the Isle of Armor. The update also brings the mythical Pokémon Zeraora to Max Raid Battles, with the promise of a shiny encounter of this same Pokémon if one million trainers (insert super villain laugh here) challenge this pure electric type Pokémon. While this challenge should be fun and inspiring, it does require using Pokémon’s clunky and unreliable matchmaking process–which actually crashed and made multiplayer raids impossible for nearly the first 24 hours of the challenge. I can’t help but hope that The Pokémon Company will find some way to update and improve this system before they release the much anticipated new feature of exploring Max Raid Dens with The Crown Tundra expansion. 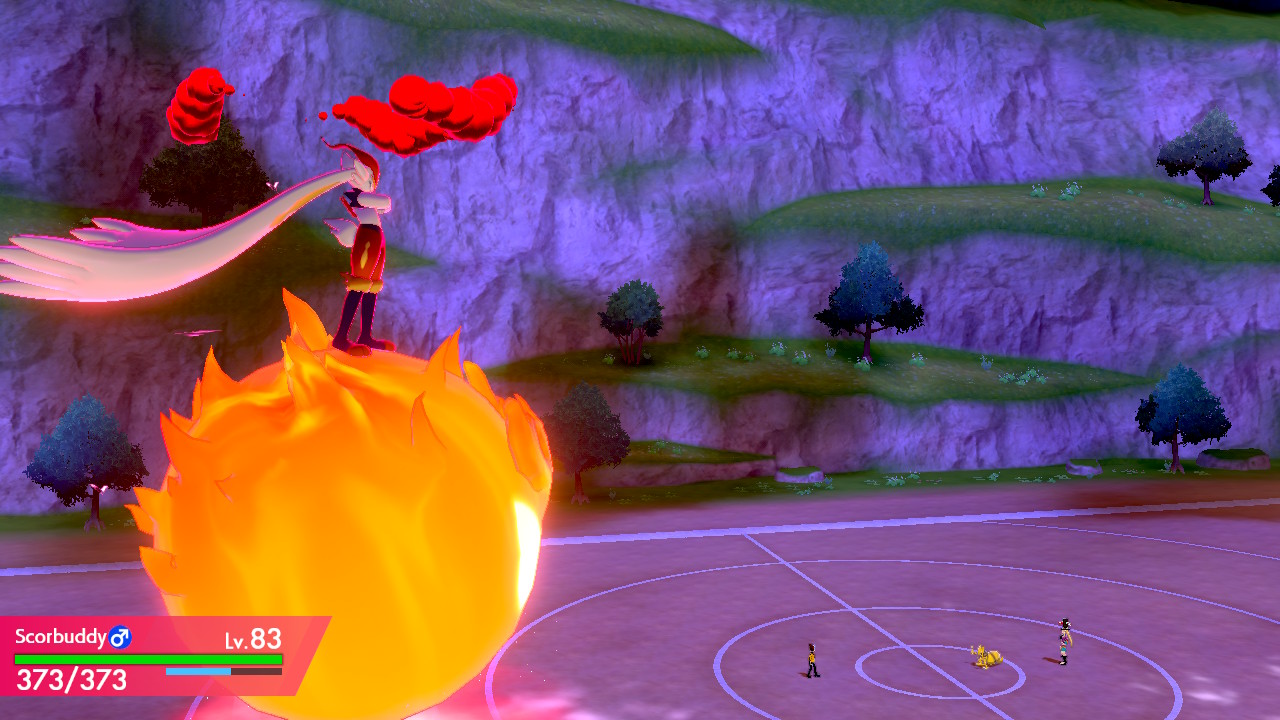 While we’re on the topic of performance issues, the DLC update may have expanded the Pokédex for everyone, but it did not address any of the performance issues with the Wild Area. This is especially disappointing that The Isle of Armor is quite literally, one big Wild Area. That said, given how The Pokémon Company likes to ease their way into new features, this expansion does give hope that the Wild Area may become the new normal for future Pokémon games. The train station and dojo are literally a part of the Wild Area, much like the Pokémon Breeder is on the mainland. There is no special, fixed-camera staging area that you must first enter and exit, you simply step out of the train station and into a Wild Area.

The Isle of Armor DLC also unlocks a number of new customization options. Your bike can now get a (literally) shiny new coat of paint, the Style Card item unlocks a number of new (and pricy!) hair cuts, contact lenses, and clothing in the shops of Mainland Galar, and a recycling machine will allow you to combine several common items into more rare or useful ones. I also finally found a use for all the Watts that had been building up; by using watts, you’ll be able to bring many of the comforts of mainland Galar to the island, including a Rotom Box, hair stylist, vending machines, and more. While it is a little annoying to have to buyback features that were standard everywhere else in the game, it’s also strangely rewarding to not have 700,000+ Watts just sitting in an unused bank. The island is also covered in 151 missing Alolan Digletts which you’ll be tasked with tracking down, along with a number of NPCs who are ready and willing to give or trade you non-Galarian forms of Pokémon. 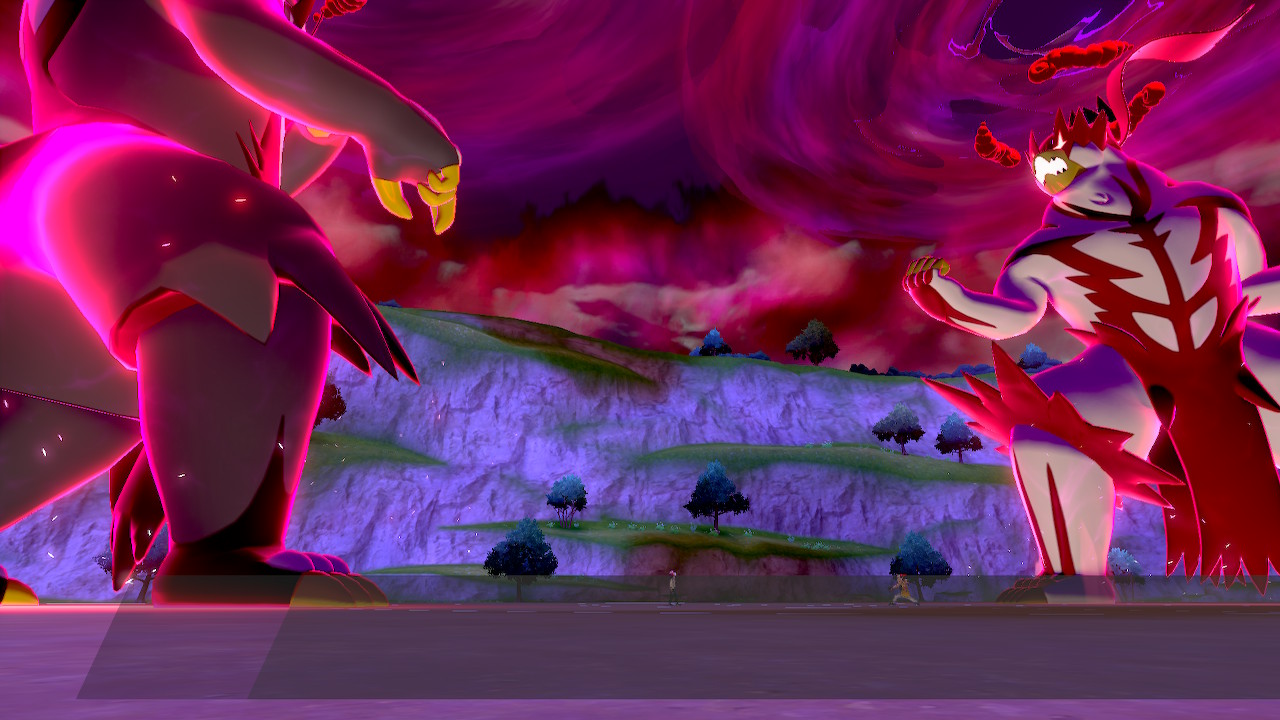 Despite the deceptively small size of the island it is named for, the Isle of Armor is an impressively robust DLC. More than just a new set of fetch quests (though there are certainly a few of those tucked in there), the first Pokémon expansion comes with plenty of things to do, features some snazzy new customization options, a surprise fan-favorite feature, and several new Pokémon to add or re-add to your dex. It’s a solid addition, already feels like it adds more content and value than Pokémon Ultra Sun and Pokémon Ultra Moon did, and this is only the first half of the planned DLC. Best of all, there’s no need to start from scratch and grind your way through the plot again in order to experience the new content, you can simply grab your tried and true team and jump right in. While the Isle of Armor is not going to change the minds of those dead-set on hating the game, and is not going to win the hearts of anyone who did not enjoy Sword and Shield during their first playthrough, it is more than worth the time and expense for those who have enjoyed their time in the Galar region.