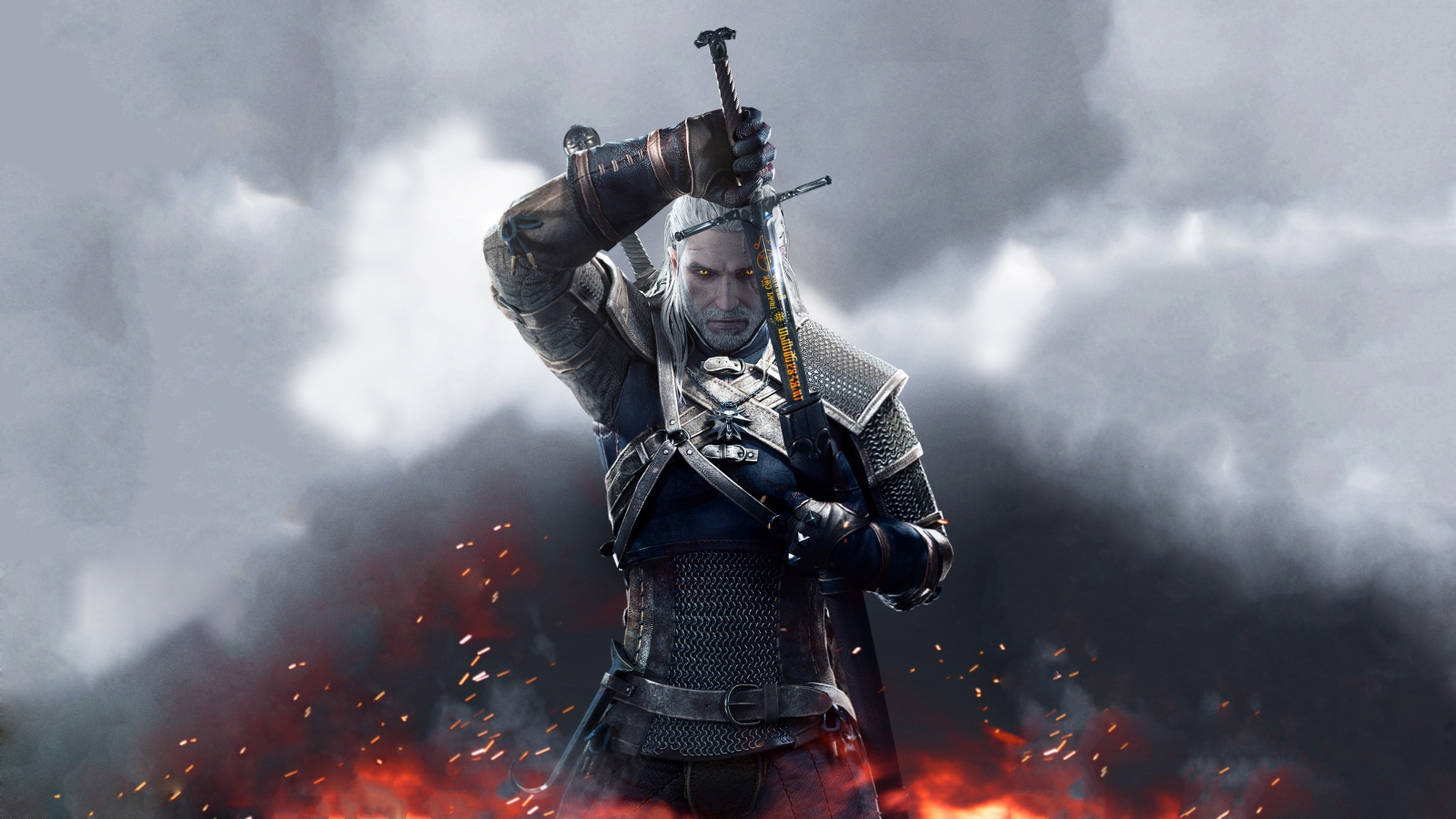 I fell down on the job.  The team at CD Projekt Red patched their massive open world adventure title The Witcher 3: Wild Hunt with a whole slew of Xbox One X enhancements and instead of doing a quick writ up that I had planned, I jumped on Roach (that’s Geralt’s horse for the uninitiated) and set off across the vast landscape and willed myself to stop playing long enough to tell you all about it!   As I saw the credits roll once again (this isn’t my first run of this game — as you can recall, I reviewed one of the the expansions) it occurred to me that I’d forgotten to fill all of you in on what’s changed.  Without further ado, and before I jump into the Blood and Wine expansion again, let’s talk about just how the console versions have not only met but in many ways exceeded what the average computer can deliver.

The Xbox One X patch comes in at a whopping half a gig in size, adding two new selections inside the visual options at the main menu — Performance Mode, and 4K.  Performance mode, as is often the case with updates by that same name, delivers a buttery-smooth 60fps at 1080p resolution.

4K uses a dynamic resolution, running in the neighborhood of 4K (that is to say, automatically dropping the resolution as low as is needed to keep the game running at 30fps) to keep the game rolling as close to 4K as possible.  In practice, the game’s framerate in 4K mode was almost unshakable, except in the most intense areas like Crookback Bog and some areas of Toussaint.  In those areas, the resolution wobbled from 3840×2160 to 3200×1800 — an almost imperceptible drop.  The 60fps of Performance mode was a far more smooth experience, and if there were any framerate variances at 1080p, I was unable to visually detect them over dozens of game hours.  Between the two, I found myself using Performance Mode after flipping back and forth for a while to spot the differences.

The world is as alive as it is dense.

The Performance Mode isn’t rock-solid at 60fps, but I’m happy to report that it runs a whole lot better than the pre-patched version.  Wandering through the densely populated areas of Novigrad, I saw framerates wobble down to the low 50s, and as I splashed around the aforementioned Crookback Bog, I saw those hit the high 40s.  The end result is still an excellent improvement that never wobbles lower than that, and mostly sticks to that target 60fps.  Given just how many graphical upgrades are baked in, it’s surprising to see the game optimized to this level.  It’s pure fan service, and a tip of the hat to the incredible power increase of the Xbox One X.

Welcome to the region of Toussaint.

Beyond the two new graphic modes, CD Projekt Red also provides a number of improvements heretofore only available on the PC version.  Specifically, ambient occlusion, HDR support, cleaner shadows, and higher resolution textures.  If you’ve put as many hours as I have into The Witcher 3, you are likely to notice the difference, but suffice it to say that the color gamut improvement is worth the (free) price of admission on its own.  In terms of image quality, it’s like everything is a little cleaner, well defined, and with a more stable framerate to boot.

Toussaint pushes the framerate with its extremely dense environments.

We see patches like this for both PlayStation 4 Pro and Xbox One X, and frequently they raise the bar a little bit, but it’s not too often we see a jump in quality, framerate, and resolution to this degree.  It’s just one more example of why The Witcher 3: Wild Hunt was our Game of the Year for 2015, delivered by CD Projekt Red, our Developer of the Year.  They continue to raise the bar in what’s possible, and that only spells great things for Cyberpunk 2077, the continued success of their Gwent CCG, and whatever else they might have in store for us in the future.

Ron Burke is the Editor in Chief for Gaming Trend. Currently living in Fort Worth, Texas, Ron is an old-school gamer who enjoys CRPGs, action/adventure, platformers, music games, and has recently gotten into tabletop gaming. Ron is also a fourth degree black belt, with a Master's rank in Matsumura Seito Shōrin-ryū, Moo Duk Kwan Tang Soo Do, Universal Tang Soo Do Alliance, and International Tang Soo Do Federation. He also holds ranks in several other styles in his search to be a well-rounded fighter. Ron has been married to Gaming Trend Editor, Laura Burke, for 21 years. They have three dogs - Pazuzu (Irish Terrier), Atë, and Calliope (both Australian Kelpie/Pit Bull mixes).
Related Articles: Culture, The Witcher 3: Wild Hunt
Share
Tweet
Share
Submit