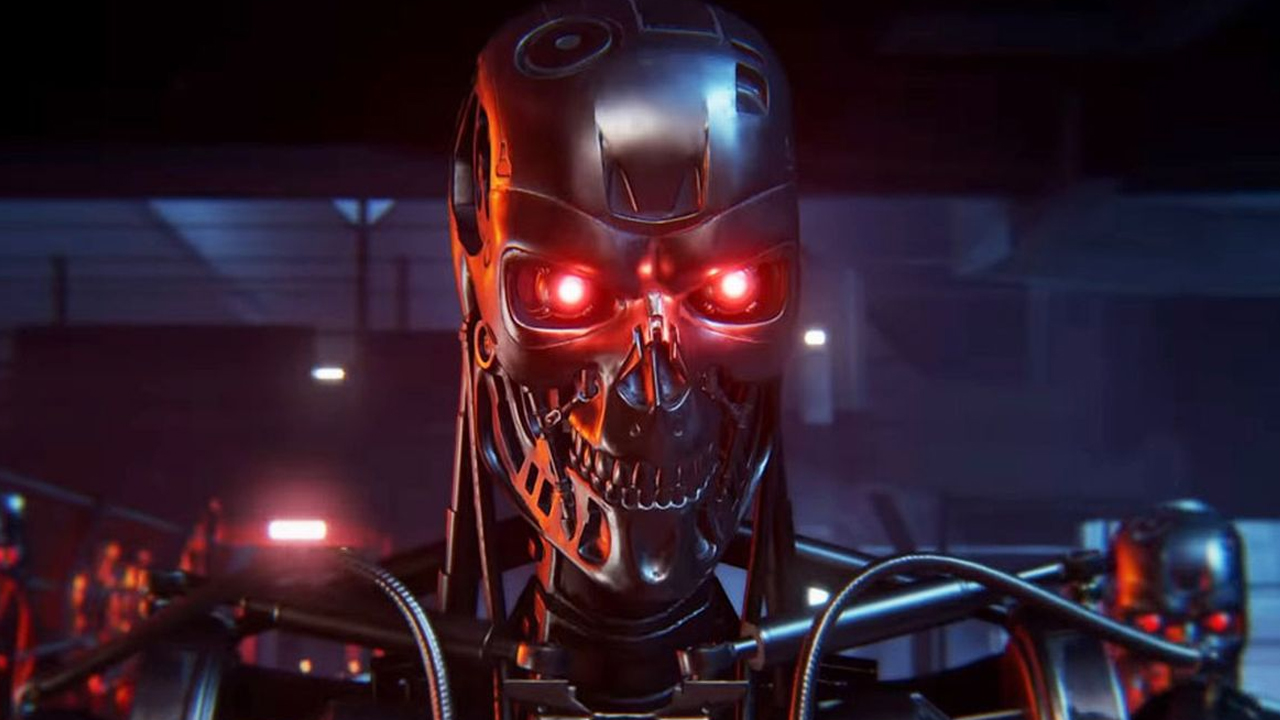 The terminator event goes live on the 29th of January, and it includes as one may suspect a set of quests/events that are tied with the Terminator movie franchise lines. The quest rewards have some Terminator gear and cosmetics, but also brings a few bug fixes, as well as a few improvements to enemy AI.  Let’s dive in.

Terminator stuff
The Intro quest tells you that a woman has been taken prisoner, but was somehow able to take out a few drones on her own.  Nomad is tasked with breaking her out of prison to see what she was able to uncover about these mystery “drones”.

It appears you are too late … and need to go after a convoy to see where she was taken.

After some interrogation you find information about the facility she was taken to.

We find the woman, Rasa, and after a cutscene we run smack dab into a T-800 model Terminator. On a side note I recommend you guys take out all the bad guys in this particular area before triggering the cut scene since you get dropped into a fight right afterwards. You can see this is a lesson I learned the hard way, as you can see in the video above.

After finishing the first event mission for Rasa you are granted a special Terminator-killing weapon, the MK14 a designated marksman rifle. 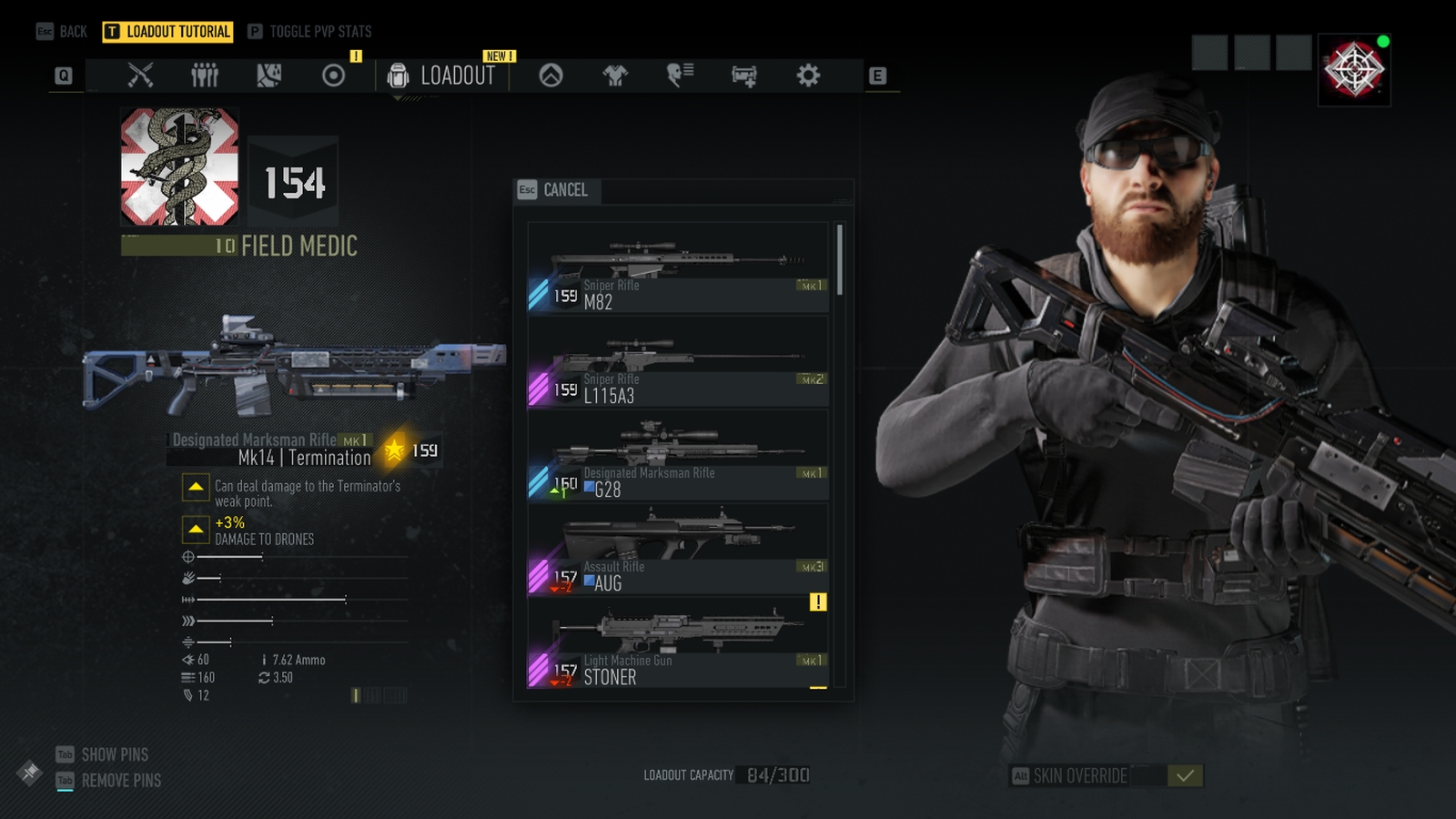 The MK14 is good for smashing up Terminators.

At that point you can pick up side quests related to the event. In the following video I am doing just that … going on an interception mission to kill a T-800. Thankfully the bad guys will fight the terminators too in order to provide a bit of a distraction. The T-800 takes a surprisingly high amount of damage to take down, and I was a bit frustrated by how long it took to kill. It was honestly kind of boring to fight with how easy it is to avoid it as it walks slowly toward you letting you do some rather cheesy running around cover and shooting it over and over until it finally dies (or in my case you get stuck in some terrain and get killed). I didn’t find out until later that you don’t need to use the MK14 to do the majority of the damage … once its blue health bar is taken out you need the MK14 to shoot the glowing weak spot that will appear in the Terminator’s chest. It turns out when I first started playing this game I had it set to a hard difficulty, putting it to normal made the health of the Terminators much less tedious. If every fight was just you against one Terminator it wouldn’t be that big of a deal but it actually gets fun and interesting when you have multiple ones to deal with simultaneously. Due to the sheer amount of health the Terminators have on higher difficulties, I wouldn’t suggest going on hard mode unless you plan to group with other players.

General Improvements
As for the other game improvements, the AI seems noticeably better, it used to be that you could just run into a tower with a single entrance, take cover and then shoot an unsilenced weapon and just kill each enemy that charges you one at a time through door. Now they will no longer take that bait which makes things more of a challenge. Also another improvement I noticed is that the game doesn’t have an issue I used to experience where every 5 to 10 minutes the game would just lock up for a second or two. I am not sure if that is specific to the latest changes in the game, or since I took a break from Ghost Recon, but the game runs noticeably smoother. 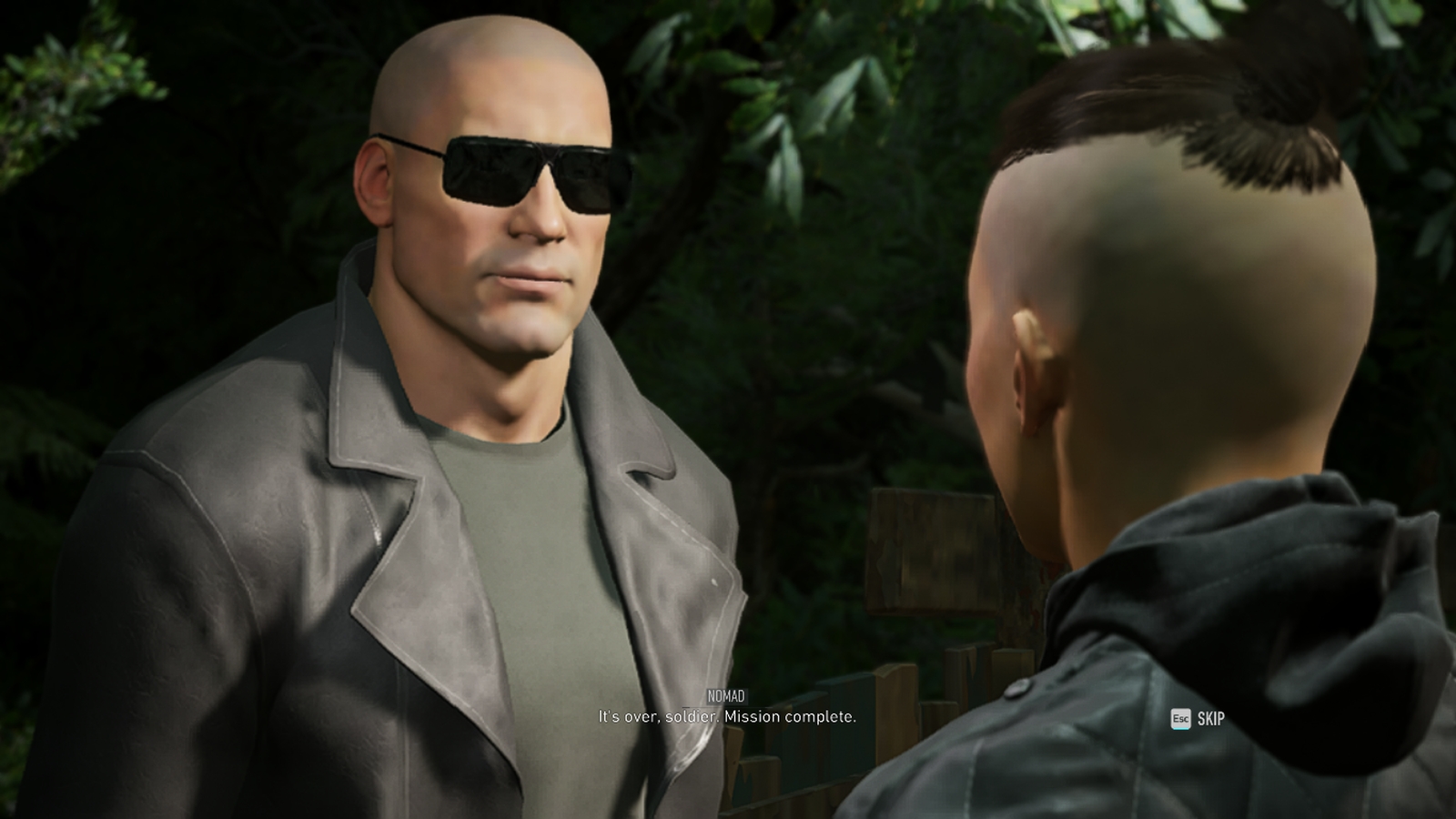 Overall if you have taken a break from Ghost Recon, but are interested in the terminator franchise you will probably enjoy the event. You can get a skin to look like the T-800, some new fancy weapons, and some other cosmetics through quest rewards. It seems weird to see movie cross-over in a game like Ghost Recon, but I suppose this is how things are now.