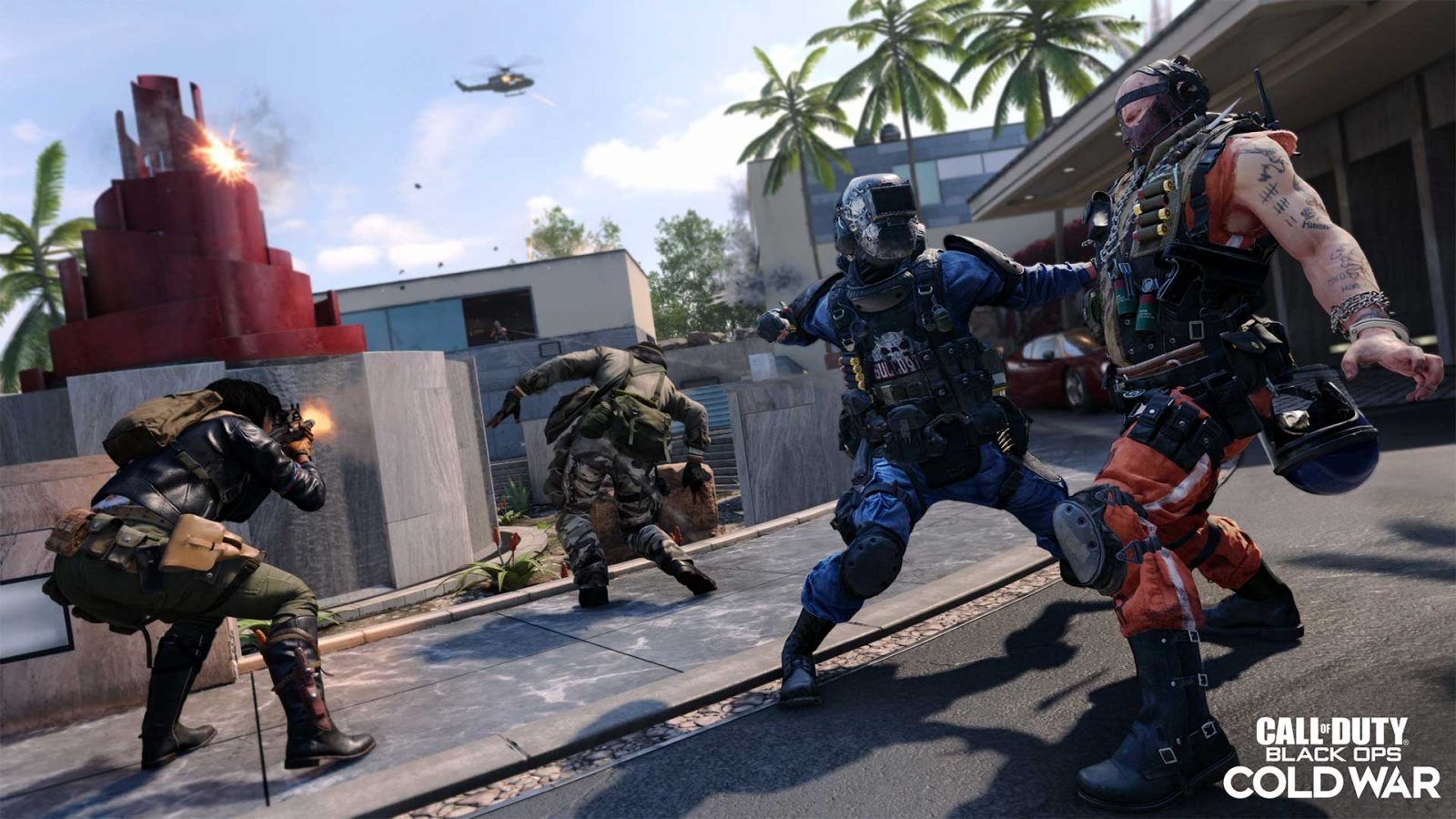 As mentioned in our Call Of Duty: Black Ops Cold War review, I’ve recently gotten back into the series. Modern Warfare was an absolute treat to play, and that was because of stellar gameplay and systems that were refined by the implementation of a battle pass. Before Modern Warfare we were still stuck in the archaic (by today’s standards) season pass system of paying $49.99 just to be able to keep playing with our friends when new maps were released. With this pivot, as well as crossplay between console and PC, the Call Of Duty franchise has seen a resurgence like no other.

So as you have probably guessed, I have been patiently waiting for more content for Black Ops Cold War while playing the current version. One of my cons in the review was a lack of initial maps, but I knew once Treyarch started things rolling that lack would turn to an abundance. I’m happy to say after some time with this first season that the content provided is just enough to quench my thirst for something new, but leave me hungry for more.

Let’s start with the regular multiplayer maps. We received two new ones for 6v6 along with a holiday variant of Nuketown, and four Gunfight maps along with the modes return. Probably the best thing about each of these maps (besides Nuketown) is that they have their own feel. The Pines, my personal favorite of the bunch, is a fun jaunt through the mall. There’s a big open area for those wanting to engage in slow, methodic firefights, but also plenty of routes through stores and back hallways for the players who want to move fast and flank their foes. Raid, while a returning map from Black Ops 2, is still a fan favorite, and even though I haven’t found the flow of it lends itself to sitting back and watching lanes. Yes, it’s by Treyarch, but Raid still fits the feel of Black Ops Cold War, although the spawns still need tweaking.

As for Gunfight, this incredibly fun mode was missing at launch, but Treyarch promised it was coming soon. Considering we only had to wait a month and it launched with four fresh maps, I consider that a win. For those who don’t know what Gunfight entails, you and a friend face off versus two others on a small map with a random loadout. The gameplay is fast and frantic, and each bullet you hit with as well as are hit with figures into whether you win this first to six rounds series. While the gameplay is as much of a blast as it was previously, the maps are even more remarkable. Each one of these maps is a ton of fun to play, from the vibrant colors of Game Show to the dark tunnels of U-Bahn. I’m just impressed with how cleanly Treyarch is able to integrate different modes into the game, even if they’ve technically done it before. Gunfight doesn’t feel forced into Cold War, and if anything, feels even better than it does in Modern Warfare.

Prop Hunt is another mode that has returned in Season One, and if you like silly warfare this is the mode for you. I’ll admit, I’m a very competitive player when playing Call Of Duty, even though I’m not the best at it. But Prop Hunt is a perfect mode for me to wind down with due to the more laid back nature of it. That’s not to say you don’t want to win, but you don’t feel as bad losing here. Prop Hunt is a fun game of hide and seek, where each round consists of a set of hunters armed with infinite ammo and recharging stuns versus, you guessed it, items from the scenery of Black Ops Cold War. Playing on Holiday Nuketown I was everything from a wreath to a snowman, and there was a lot of screeching and yelling as my squad tried our best to stay out of reach. Prop Hunt is a change of pace, and I’m glad after a month of hard grinding to have a mode to slow things down with.

As for weaponry, there are two new at launch additions in the MAC 10 submachine gun and the Groza assault rifle. The MAC 10 will remind you of the Milano (Uzi), but smaller. I haven’t spent a lot of time with it, and it’s probably not in my top 3 of submachine guns to use in Cold War, but I can tell that with a little bit of time and some additional attachment unlocks you will be speeding around shredding the competition. As for the Groza, I’ve found my new favorite gun. It did take unlocking a new sight for it to enjoy it, since the stock sight is terrible, but this AR is fast and furious. If you played Black Ops Cold War at the beginning, you may remember the FFAR being used by SMG players. It was a smaller assault rifle that you could run with. The Groza fits this feel, and continues to do so even if you load up on attachments. I doubt it will be meta once all is said and done, but SMG players sad by the MP5 nerf may want to take a look at this weapon.

When it comes to the Zombies portion of the season, I sadly don’t have much to tell you about. There’s a holiday themed version of Die Maschine called Jingle Hells, and a limited timed mode where you explode if you don’t kill zombies as quickly as possible called Cranked (no really). But to be honest, this is what I expected. Crafting more good Zombies content is going to take time, and at only a month after launch the team hasn’t had enough of it to give us something great. I’m sure we are on the cusp of the next amazing chapter, so I urge you to be patient.

Now… Warzone. This is a tough one for me to talk about, because I’ve not put a lot of time into it, but I at least want to speak to the incredible work that Treyarch, Infinity Ward, and all these other studios on the Call Of Duty beat have done here. They took literally an entire game motif and figured out how to fuse it with one of the biggest things in gaming. Yes, there is a need for balancing. Yes, it’s not always going to work perfectly. But for this massive undertaking to even be playable given they’ve been working on this during a pandemic is phenomenal. I mean, there’s a new (albeit smaller) map, and over thirty weapons have been incorporated into Warzone. It’s a spectacular feat, and my hat is off to all the teams responsible.

Lastly, let’s talk about the battle pass itself. This is the replacement for what you’ve been paying for over the years, except completely optional. If you play Call Of Duty incessantly, this is worth every penny. You’ll earn every COD point back before you even finish the pass. But the best part is this pass has a diverse mix of operator skins, blueprints, XP tokens and more for you to earn as you play as well, which you can see in the video above. I was excited to see they’ve even added some cool reticles into the lineup. The only thing still missing are cool animated/reactive camos; I miss those from the old Black Ops games.

Overall, Season One is a fantastic start. There is plenty there in the way of modes, and a decent selection of new maps. The only thing I could really complain about is wanting more, but that’s more on the fact I’m eating up everything Treyarch gives me. The good news is there is a bit more on the horizon for this season, like the Streetsweeper shotgun and the Dropkick mode. We have a ton to do and a lot to look forward to during Season One, and that’s all you can really ask for.