The great Kate Bishop has joined the fight in Marvel’s Avengers! Hawkeye’s apprentice brings with her a diverse moveset and a short story campaign, along with the ability to use her in any other part of the game too. While Kate is very fun to play as, there’s unfortunately nothing new here to put her through her paces, and the story feels like a setup for more DLC down the line.

Let’s start with the good, Kate basically plays like Vergil from the Devil May Cry series. She may be an archer, but her melee attacks with her katana are where the fun is really at. Kate’s kit revolves around quantum energy (her intrinsic ability bar at the top of the screen) which can power up her attacks for a short time or, more importantly, allow her to teleport all over the battlefield. By holding RT then pressing a button, she can teleport up, ahead, or directly in front of or above an enemy. Just tapping RT will execute her counter, which can allow her to appear directly behind an attacking foe for massive damage. Her other abilities such as her Heroic allow her to shoot an arrow and teleport there, causing an explosion, create a clone of herself to attack and distract enemies, and her ultimate will put her quantum energy into overdrive, increasing attack damage for longer and automatically filling her intrinsic energy. While her moveset is about as deep as the rest of the characters on the roster, she instantly became my favorite to play simply for the sheer amount of options she has in combat. 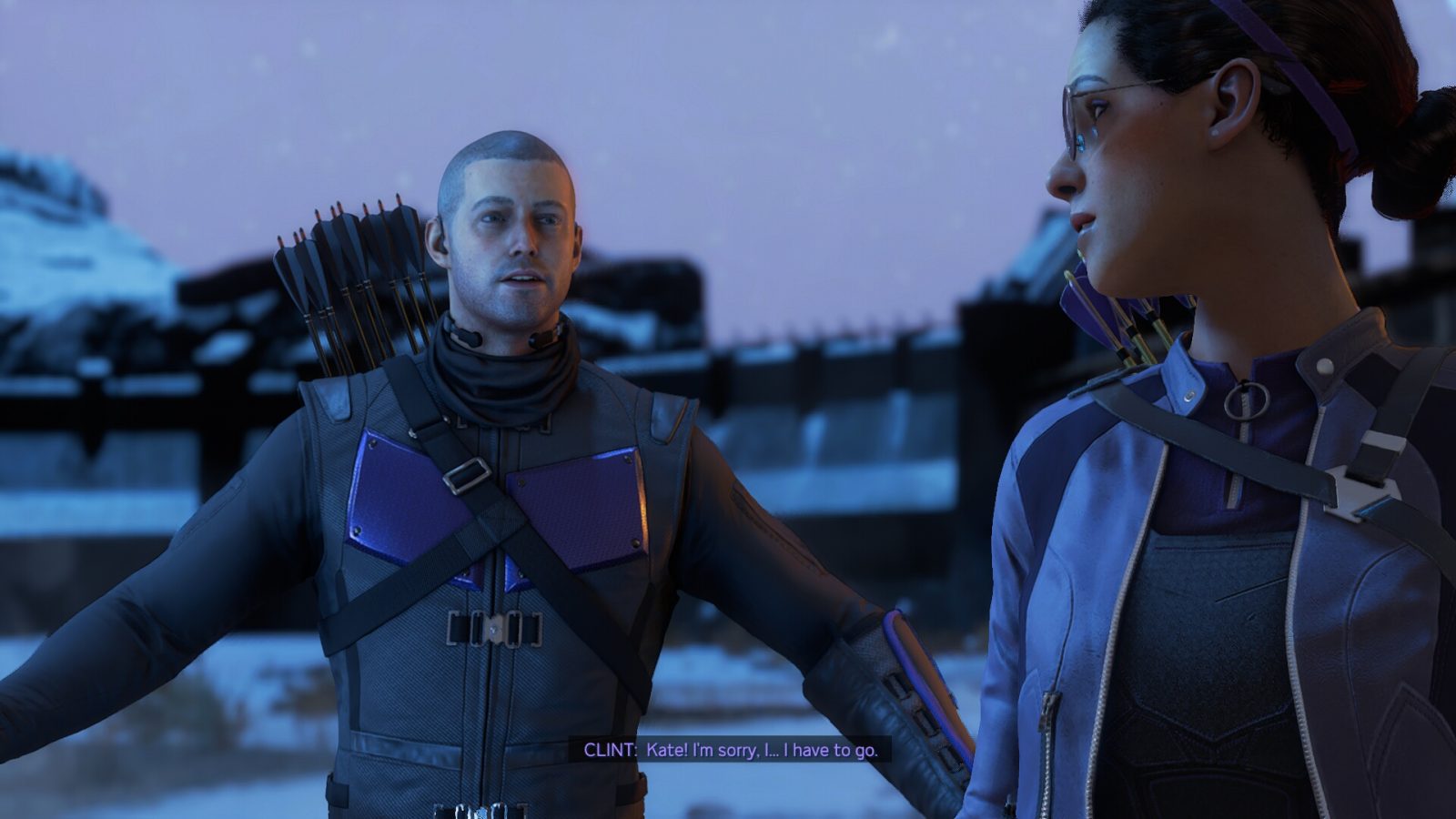 The missions and story here don’t allow you to unleash her full potential here. The plot centers around AIM developing a time bridge and causing world destroying tachyon storms across the world. While there are a few twists and turns along the way, some of which will please hardcore Marvel fans, it’s largely predictable with hardly any character interactions seen in the main campaign to spice things up. It even ends on a cliffhanger. What you’ll be doing in this new mission chain, accessible separately from the main game and multiplayer modes from the main menu, is essentially the same repetitive missions from multiplayer. You head to an open area (always the tundra in this case, for some reason), fight some AIM bots on your way to an elevator, fight more bots in a facility, defend a point, then repeat until the story’s over. To be honest, I haven’t touched this game since our review earlier this year and this is exactly why. While the single player had an interesting plot and diverse missions, the multiplayer is a snooze fest, and if you were hoping for added fun with friends or strangers it doesn’t appear you can tackle these missions with others as matchmaking is strangely disabled.

Playing this DLC makes me long for a Marvel’s Avengers that could have been. A largely single player focused game with the ability to bring some friends along for the ride. While Bishop’s moveset is a ton of fun to toy around with, there isn’t much else here to keep you interested if you’ve already fell off the Avengers train.

David is the kind of person to wear his heart on his sleeve. He can find positives in anything, like this is a person who loved Star Fox Zero to death. You’ll see him playing all kinds of games: AAAs, Indies, game jam games, games of all genres, and writing about them! Here. On this website. When not writing or playing games, you can find David making music, games, or enjoying a good book. David’s favorite games include NieR: Automata, Mother 3, and Gravity Rush.
Related Articles: Marvel's Avengers
Share
Tweet
Share
Submit