While I enjoyed my adventure through the Galar region, it hasn’t vibed with me as well as previous generations have. The sense of adventure and discovery in the series reached its peak with Black and White in my opinion, and hasn’t quite been able to live up to it since. I feel the games have become too railroaded, with few chances to explore on your own. To my surprise and delight, the Crown Tundra DLC for Pokémon Sword and Shield is full of things to discover: the short story won’t take you to even half of the locations on the map, so there’s quite a lot to explore outside of it. While the tundra may not be as large as the Isle of Armor, its mysteries are what make it stand out.

Much like the previous DLC, you take the train to get to the Crown Tundra which is just south of your hometown. Once you arrive, you see an argument between a man and his daughter. As a serial good samaritan, you intervene and the daughter uses this as her chance to get away while you battle her easily distracted father. After winning, Peony finally realises Nia (not to be confused with a certain Welsh cat girl) has run off to the Max Lair to find legendary Dynamax Pokémon. Eventually, Peony will ask you to participate in his Adven-tours in place of his daughter. He’ll give you clues leading to legendary Pokémon accompanied hand-drawn illustrations which… leave a lot to the imagination. He tries his best. The main Adven-tour will see you restoring the tundra’s former king’s powers.

While the story will try to guide you to major locales, you’re essentially left to your own devices outside of this. Legendary Pokémon are the Crown Tundra’s focus, since every single one of them (to my knowledge) can be caught in this expansion. While these rare ‘mons serve as a good excuse to look around, I found the simple act of exploring to be the most fun here. I’ve spent quite a bit of time in the Crown Tundra and I still don’t feel like I’ve found everything, especially not with the remaining Pokémon tracks I need to find so Sonia can find even more legendaries for me to catch. In that way and more, this feels like a return to form of sorts. I’m still learning new things about Pokémon generations of years past, whereas ever since Sun and Moon it’s felt like the main story was all there is.

Unlike most other Pokémon in the Galar region, those in the Crown Tundra are much harder to catch than their northern counterparts. I went in with a truckload of quick balls, thinking that would still be the best strategy, but they almost never work. I actually had to work to catch ‘em all again! I even had one of my Pokémon learn False Swipe for goodness sake! I can’t remember the last time I had to lower a creature’s HP to catch it, even legendaries like Mewtwo fell to the might of the quick ball. Speaking of which, legendaries are even harder to successfully catch here than normal Pokémon. Reducing their HP and using a status effect like sleep or paralysis is a requirement here, and even then it’ll take tens of ultra balls to finally add them to your ever expanding team. For the most part, this is a fun challenge that reminds me of my childhood, but it can occasionally get out of hand with how low the catch rate can be, especially with the Regis. 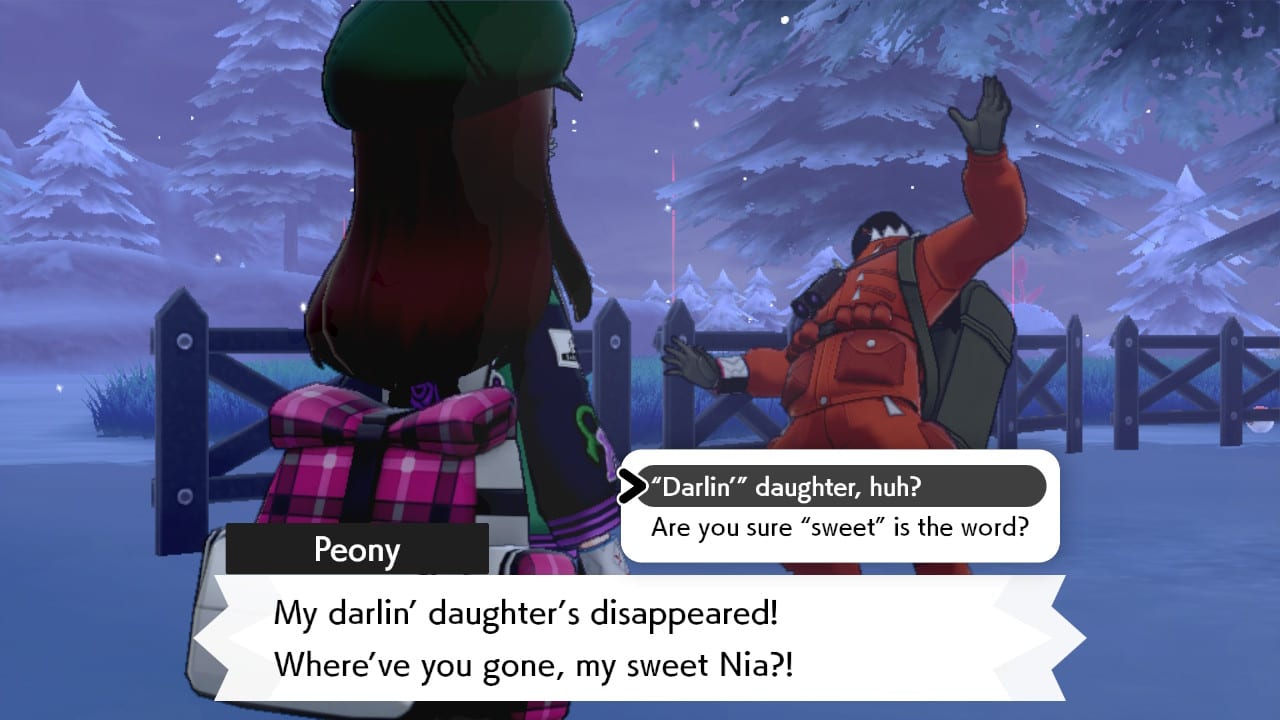 The majority of Crown Tundra’s content takes place in the titular area, but there are a few things that will take you back to the main zones as well as the Isle of Armor. For example, there’s a sweet epilogue capping off the entire game once you finish the tundra’s story and searching for the legendary birds will take you back to the Wild Area. This is all on top of the expansion’s big new mechanic: Dynamax Expeditions. Early on in the tundra, you’ll find a system of caves which you and three other trainers can enter. It’s sort of like a top down maze, at the end of which you can find a legendary Pokémon to catch. The catch (pun intended) is that you’ll have to battle several Dynamaxed Pokémon along the way using a rental Pokémon, and you can only keep a single creature you catch once you’re done. Dynamax battles themselves have felt underwhelming in the past, since I know they’ll just ditch this in favor of another unnecessary gimmick in the next game, but they are a bit more interesting back to back like this. They still have their problems; a single turn takes way too long to play out, for example. However, since you need to keep a single Pokémon healthy throughout several of them, it adds a small amount of strategy.

The Crown Tundra represents a small look at what I think Pokémon should evolve into: a large world to explore and objectives to complete in any order and at your own pace. If you’ve been worn out by the very structured experience of the base game, give this a shot and you might be surprised.