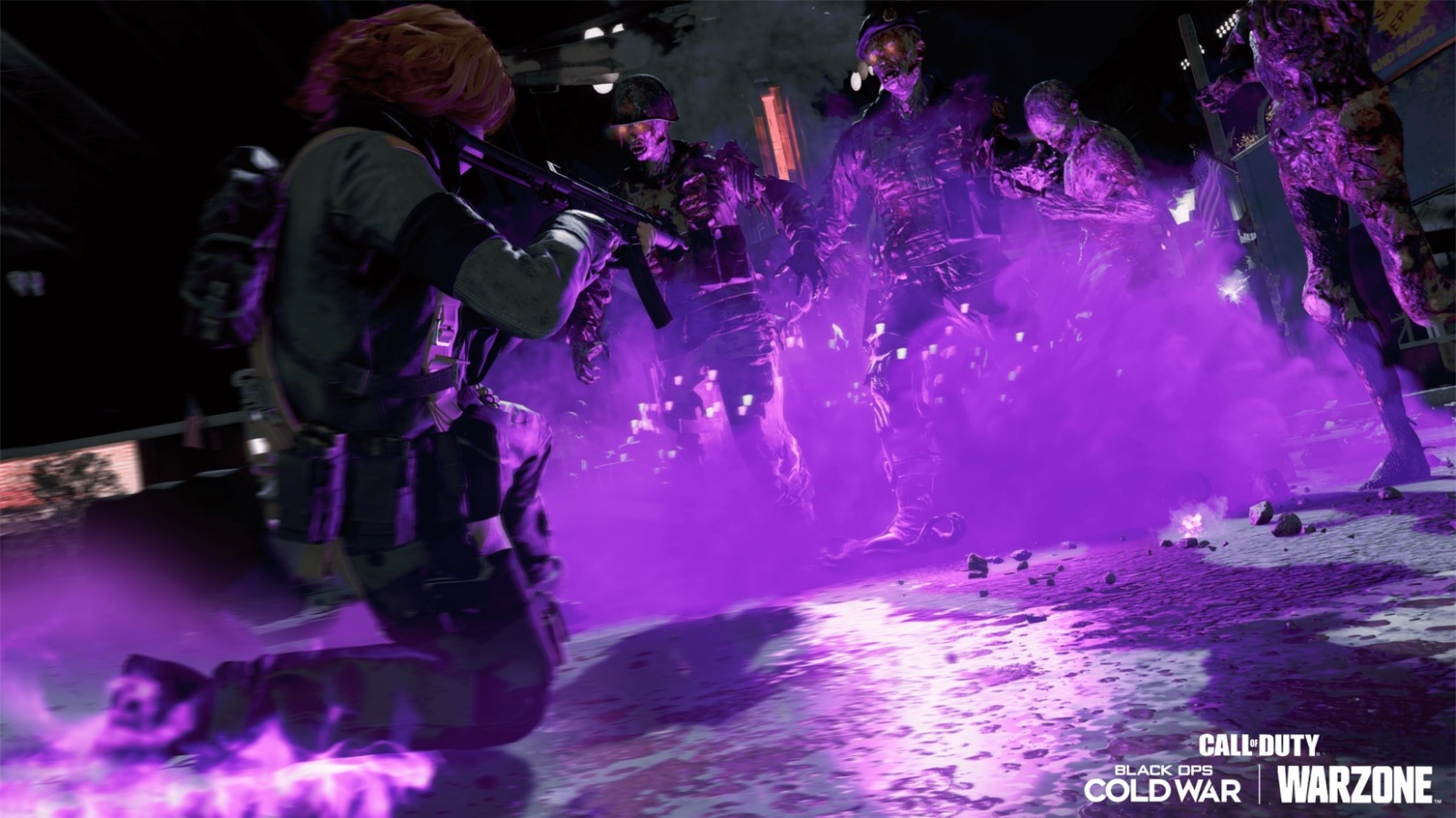 Well Black Ops peeps, we’ve made it. It’s a tad bittersweet, but we’ve come to the end of the content cycle for Call Of Duty: Black Ops Cold War, with Call Of Duty: Vanguard right around the corner. For some it will be a sad goodbye, but others like myself are ready for the next challenge. There has been a mix of good and bad as we’ve made our way through this year of COD, and the last season has a bit of both, although more strong moments than weak. While this season goes on through the launch of Vanguard, it seems most of the content has been frontloaded, including a fun final Zombies map that will lead us into the next chapter. Let’s dive in and see what Treyarch has put together to send us off.

Beginning with the new maps, we’re finishing off on two 6v6 maps, Amerika and Deprogram, and a Faceoff map named Gluboko. All of these have plenty of positives, although the one that is the most unique has a major flaw. That map is Deprogram, a trip inside the mind of Adler, with a nice three lane flow and a bunch of remnants of other maps dropped into it. I like the feel of it, almost like trudging through someone’s psyche. Where it misses the mark, however, is part of what makes it so different: the portals leading to a room that overlooks part of the map. It’s a cool concept, but there’s only one way up into this area, through the portals. 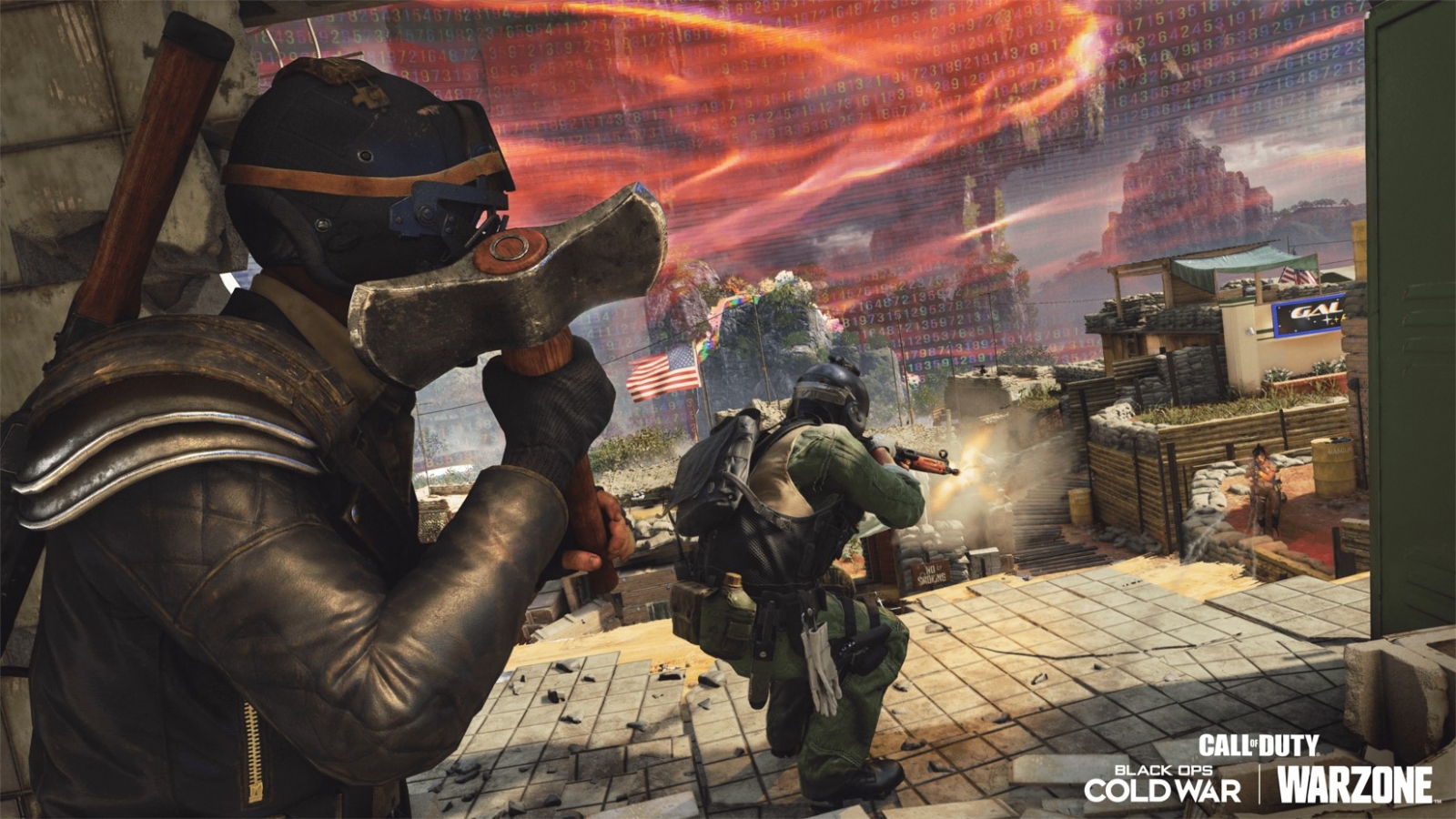 Given it’s not an instant spawn, you have to load in and you spawn at a spot in a room leading to said overlook. Too many times I would see players camping it with shotguns and destroying anyone who dared teleport in. My squad got so annoyed with one team we did the same, leading to my brother going off to the tune of 29-2. It just doesn’t work without a way to get up from the outside. Maybe make it where you have to traverse two ledges to get up so you don’t render it a useless power position? There are ways to fix this, but for now something that should be unique is irritating.

Amerika on the other hand feels like a regular Call Of Duty map, and that works to it’s benefit. Ripped from the “Redlight, Greenlight” mission from Black Ops Cold War, Amerika Town is a training ground for Russian soldiers. It also houses one of our favorite places, Burger Town. The map is more or less a representation of an American main street built in a big warehouse, and it follows the three lane flow just like Deprogram along with some verticality featured with opposing positions at Burger Town and the TV Station. I really like this map, with plenty of open sightlines along with several flanking routes that can be taken. A good map has power positions that aren’t infallible, and Amerika does that wonderfully.

Gluboko is the final 2v2/3v3 map included in Black Ops Cold War, and it’s a good sendoff for the mode. Another taken from the campaign, this is the smallest map available in this variant, which is saying something considering maps like Showroom and ICBM. The tiny, underground Cold War bunker has a war room hanging above the ground floor, which changes the feel compared to the other maps, but it’s fun to have a tight, frantic map available. Although if this one appears at all in 6v6 Faceoff, I have no idea what the crap everyone is going to do. I’m not sure twelve players would fit in there.

Moving over to the weaponry, we’ve got our hands on the Grav assault rifle and .410 Ironhide shotgun, with the Lapa SMG right behind them during the upcoming Haunting event. As per usual, I don’t tend to include the melee weapons in these as they largely are the same, but let me go ahead and get on a soapbox for a second. The flipping E-tool/shovel meta is a joke, and I have no idea why this glitch or whatever hasn’t been fixed. It’s really annoying to watch someone beat me to a spot just because they bought a specific pack and are exploiting the game. Here’s to hoping there isn’t anything in Vanguard that does the same thing.

Back to the new guns, the Grav is a very efficient weapon. This one feels like a mix of Krig 6 and Fara 83, it shoots very straight (with the right attachments) and hits pretty hard. I’ve only noticed one caveat to it that also plagues the C58 to a higher degree- there’s a moment of delay in pulling the trigger and bullets exploding out of the barrel. It’s part of the design, so that’s fine, but I don’t think it will overtake the Krig 6, especially at this stage. That said, next to the Krig, EM2, and Fara it may be the best of the assault rifles, not counting the Groza as it more closely resembles an SMG.

As for the shotgun, I appreciate what it does but it’s definitely another one in the category that’s just asking to be abused. This lever-action gun is almost more of a rifle, trading the spread for distance. I haven’t used this one a lot, but the more accurate you are the better, especially when compared to the overpowered Streetsweeper. Some attachments may change this one, but I doubt it’ll do much to change the overall feel. My biggest takeaway is if you love the shotguns in this game, you probably won’t get rid of your Streetsweeper, but you may add this one to your arsenal on maps with longer sightlines.

One of the biggest draws for this season is of course the new Zombie map, Forsaken, but I’m not sure if it achieves much more than being an epilogue to the current arc and introduction to the incoming Zombies saga in Call Of Duty: Vanguard. That being said, it’s more Zombies, and the core gameplay is still as fun as it’s ever been. This chapter takes you back to the huge test site we saw in “Redlight, Greenlight”, and boy is Amerika a lot darker and filled with the undead than it was before. There’s a ton of open space to traverse, plenty of portals to teleport through, and of course more head exploding action than you can shake a stick at. Two new players Forsaken brings to the table are the PhD slider, a perk that causes enemies to explode when you slide into them, as well as the Chrysalax Wonder Weapon (I’ll let you find this one out on your own). It’s a solid ending to a great run of Zombies content, and after what we saw in Der Anfang it looks like Treyarch has done it again.

As always, our impressions wouldn’t be done without a few quick thoughts on the battle pass. I always say, “If you get your money out of it, it’s worth it”, and as you can pay $10 for the pass and get at least that much back in COD points if you complete it, it’s worth the price of entry. With that in mind, there are several highlights to the pass, with an Aurora Borealis Mason operator skin, the Cemetery Thorn sniper rifle, and of course who doesn’t love a Panda skin. Besides that, we were surprised right after Season Six launched with the news that Sledgehammer slipped a few Call Of Duty: Vanguard items in with the battle pass. They don’t require any extra earned tiers, just added to different tiers in the pass, and even if plenty of them are emblems and calling cards I appreciate getting four Blueprints for a few weapons (including that sweet STG), and some Double XP to start my Vanguard experience with.

So there you have it people! We’ve made it to the end (mostly) of Call Of Duty: Black Ops Cold War. Overall, we’ve gotten some really great content throughout the seasons, with some fantastic additional weapons, modes, and maps along the way. Since I’m reminiscing, I’d have to say my favorite seasonal weapon was probably the Groza, as it’s still in my loadouts. As for maps, Echelon has really stuck with me, but The Pines and recent Amerika are very close behind. With old maps coming back in, ya can’t get better than the best competitive map of all time in Raid baby, I literally pick that one every time it comes up in rotation. Here’s to you Black Ops Cold War. It’s been a long year, but thanks for all the memories in my 230+ hours playing.