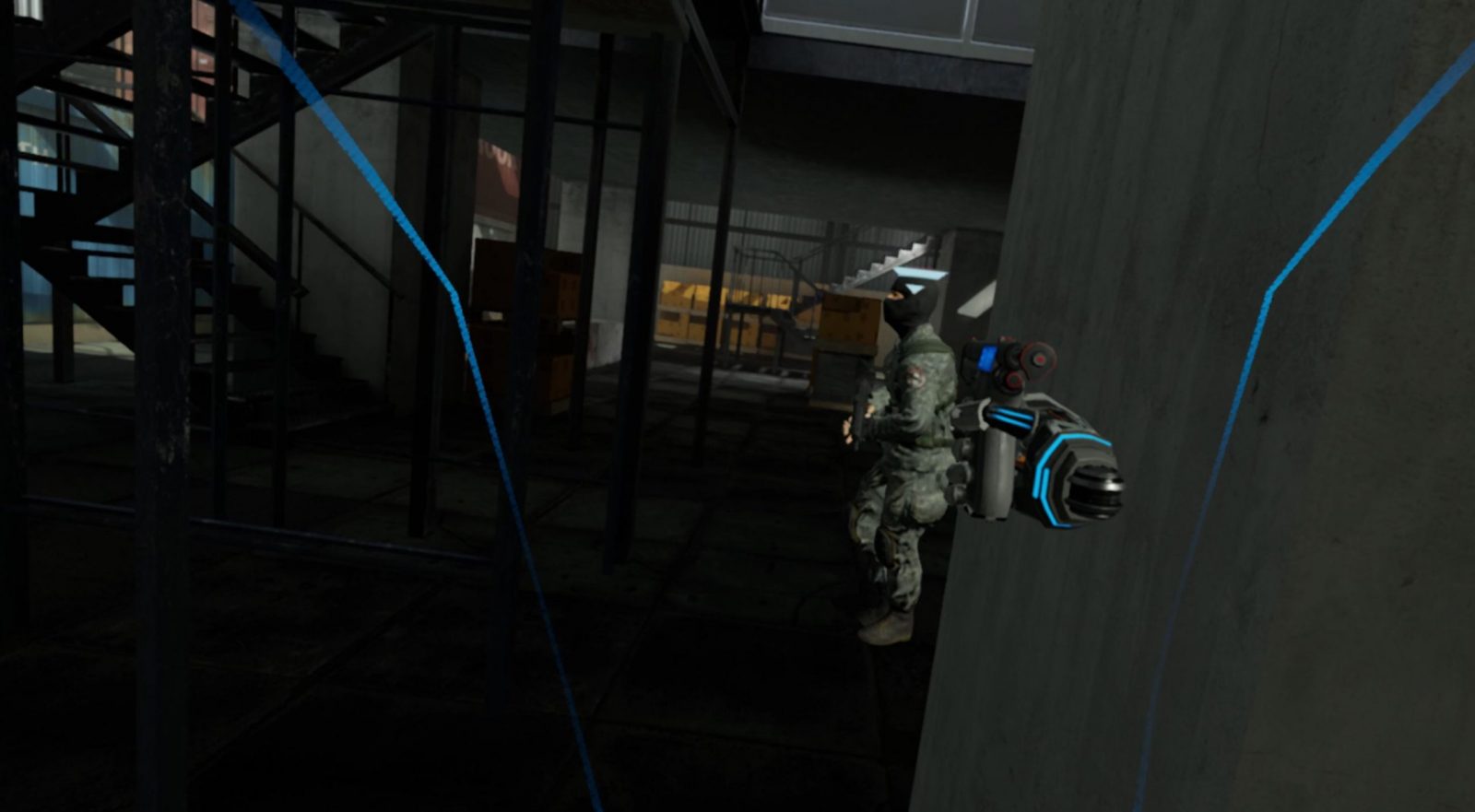 The last time I reviewed Espire 1: VR Operative was at its release. The first released build of the game was janky and difficult, even on the lowest difficulty. But, the heart was there, and the game had an obscene amount of content, so I gave it a 70. Today, however, the title definitely deserves more than that. Though the bugs are there, albeit fewer in quantity, the new Assimilation Update has ironed out plenty of issues, as well as provided a lot of fun challenges and weapons.

Firstly, the bugs. As was part of the title of the last review, the game was deeply buggy. There were issues with AI, and grabbing a wall or hitting an enemy wouldn’t always register. It’s safe to say that those issues have been addressed and fixed. AI is now fantastic. In the last review, you’d be seen even if a sliver of your head was poking over the wall. In VR, it’s difficult to tell what’s behind cover and what isn’t since your whole body isn’t being tracked. They’ve definitely lowered the detection box of the player-character and dumbed down the vision of the NPCs. The last one is big since you’d be seen even if you were multiple stories above them. I can now properly act out my dream of playing Splinter Cell in VR, since the game is completely playable. In terms of other fixes, each mission and challenge has been relit. The issue in the first build was how inconsistent the lighting was. Some areas were too dark, others too bright. It’s also safe to say that the issues raised in the previous review have been addressed and fixed (thank you Digital Lode!). 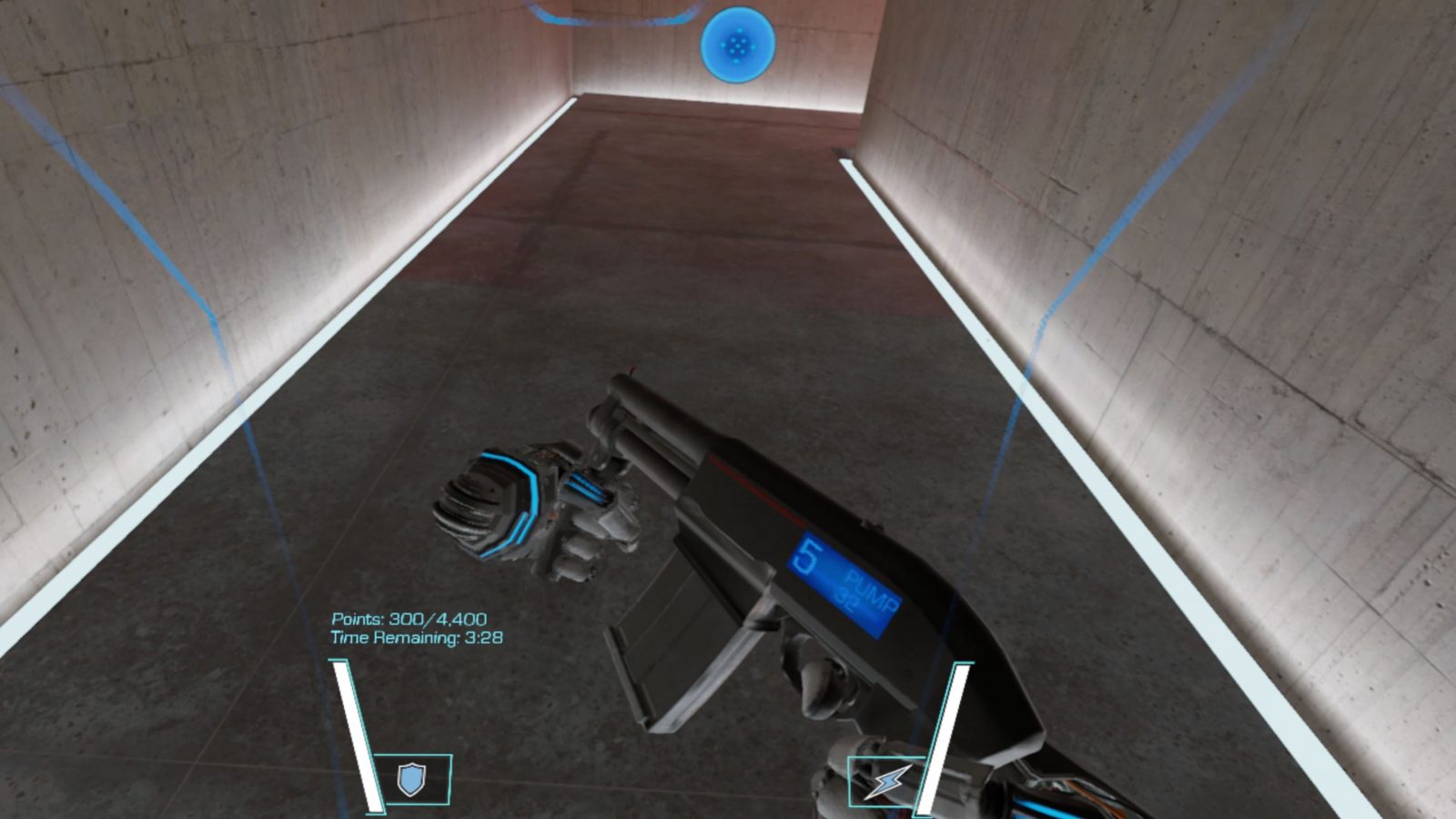 The new sawed-off shotgun in action.

The update also brings a bunch of new content as well. Not only are there new weapons, but there’s a whole bunch of challenge levels now available. Firstly, however, the weapons. They’re a ton of fun, especially the new sawed-off shotgun, which utilizes a magazine instead of individual shells, making life oh that much easier for those tense gunfights. The Vector SMG is fantastic as well and boasts a huge 45 round magazine with little to no recoil. While it doesn’t come attached with a suppressor for those that wish to sneak through levels undetected, it’s definitely a great weapon to always have on hand for those tight situations.

The challenges are where things get a bunch of interesting. The developers have included three types of new challenges involving weapon ranges, climbing, and intel collection. The weapon challenges are fantastic and will give you a chance to test your skill and try the new guns. The climbing challenges are also really entertaining, as well as stressful as all hell. In the later levels, you’ll have to battle the clock as well as moving platforms that will crush you if you’re caught in their zone, and will reset you to the last platform you stood on. That’s a pain, especially if you’re really close to the end of the level with seconds to spare. However, the challenge they provide within those climbing levels keeps the level of stress up, so it’s definitely a welcome addition. Lastly, the intel challenges. These feel like mini Splinter Cell style levels in that when you deploy, you’ve got a number of enemies to face and a bunch of data to collect. The collection is easy, just place a hand over a terminal and the game will do the rest. The fun part is navigating the level since they can be so large it’s hard to find the terminals in the given time. But, as a huge fan of SC, this challenge level is easily my favorite in the new update. 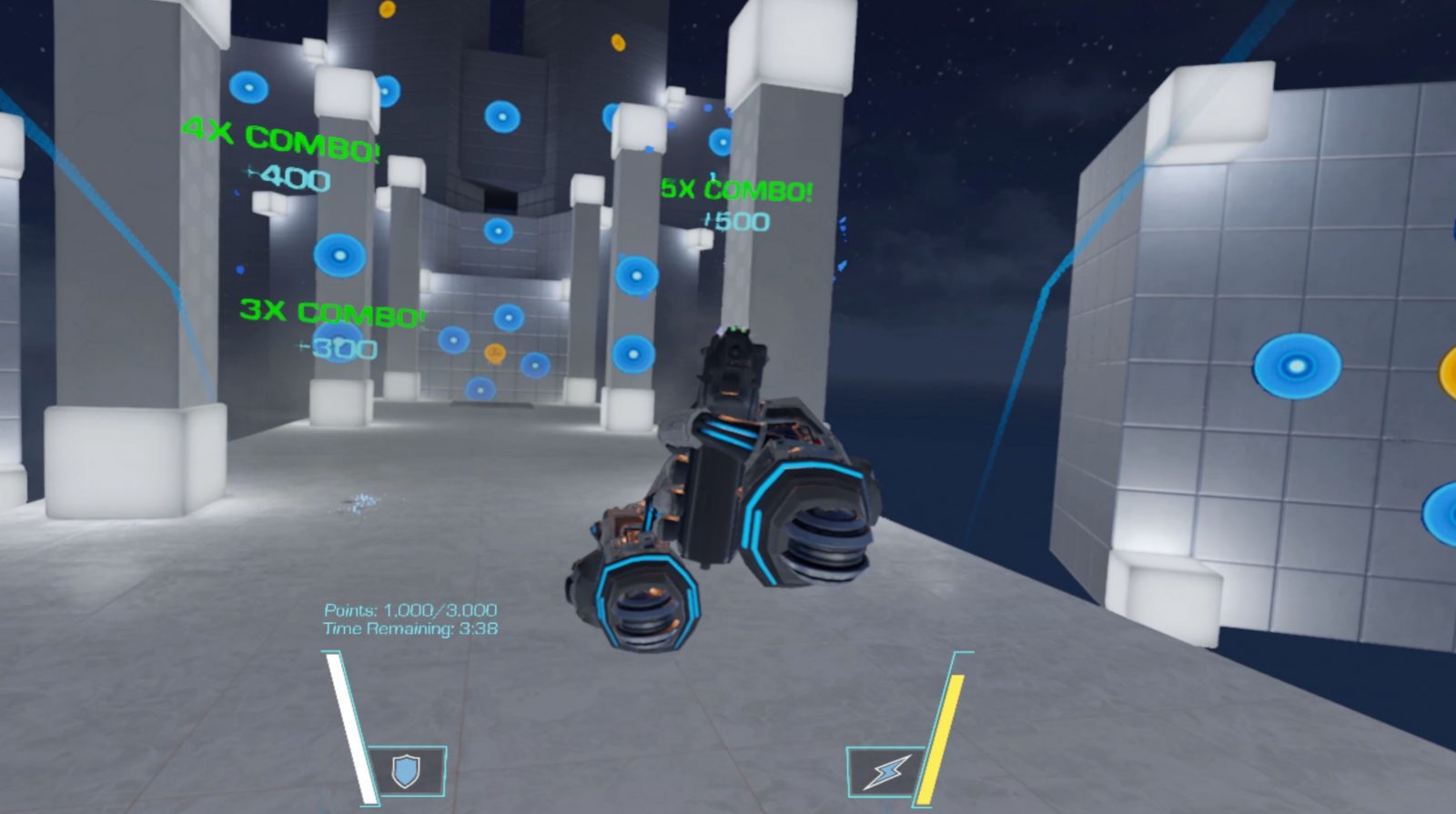 All that being said, there were some new bugs with the title. Though, unlike the first build of the game, it doesn’t make you want to rage quit. The new Vector weapon, an over-powered little SMG, has a weird thing going on with it. I’m not certain if this was the developer’s choice, but the burst-fire system is kind of strange. when you pull the trigger, you’ll shoot once, when you let go of it, you’ll shoot again. Normally, a gun doesn’t fire twice like this, right? I can’t confirm if this one is a bug or a design choice, but damn have I racked up a really low score at the end of a level from using double the amount of bullets as I need to. The other weapon-related issue was that there’s no vibration when shooting the sawed-off shotgun. That one is definitely an easy fix, but it sure is annoying.

Another problem I had was the climbing challenges. This wasn’t a big one since it didn’t impact gameplay, but if it was really damn easy to cheat these levels. I for one am a huge fan of speedrunning, and so I love looking into the details of a title to see what I can exploit and where. If you’re looking to speedrun this game, then this next tip will get you onto the top of the leaderboards in no time. By throwing yourself forward off a platform, and getting a lot of distance from where you started, you’ll immediately spawn on the nearest platform from you. Doesn’t sound like much? Well, when you’re doing this on those climbing levels, you can shave off minutes from your timer. For this reason, there’s no challenge, since you can avoid huge sections of the map by exploiting this. Areas that have you struggle against being crushed while climbing become a thing of the past, and that’s not really fun. 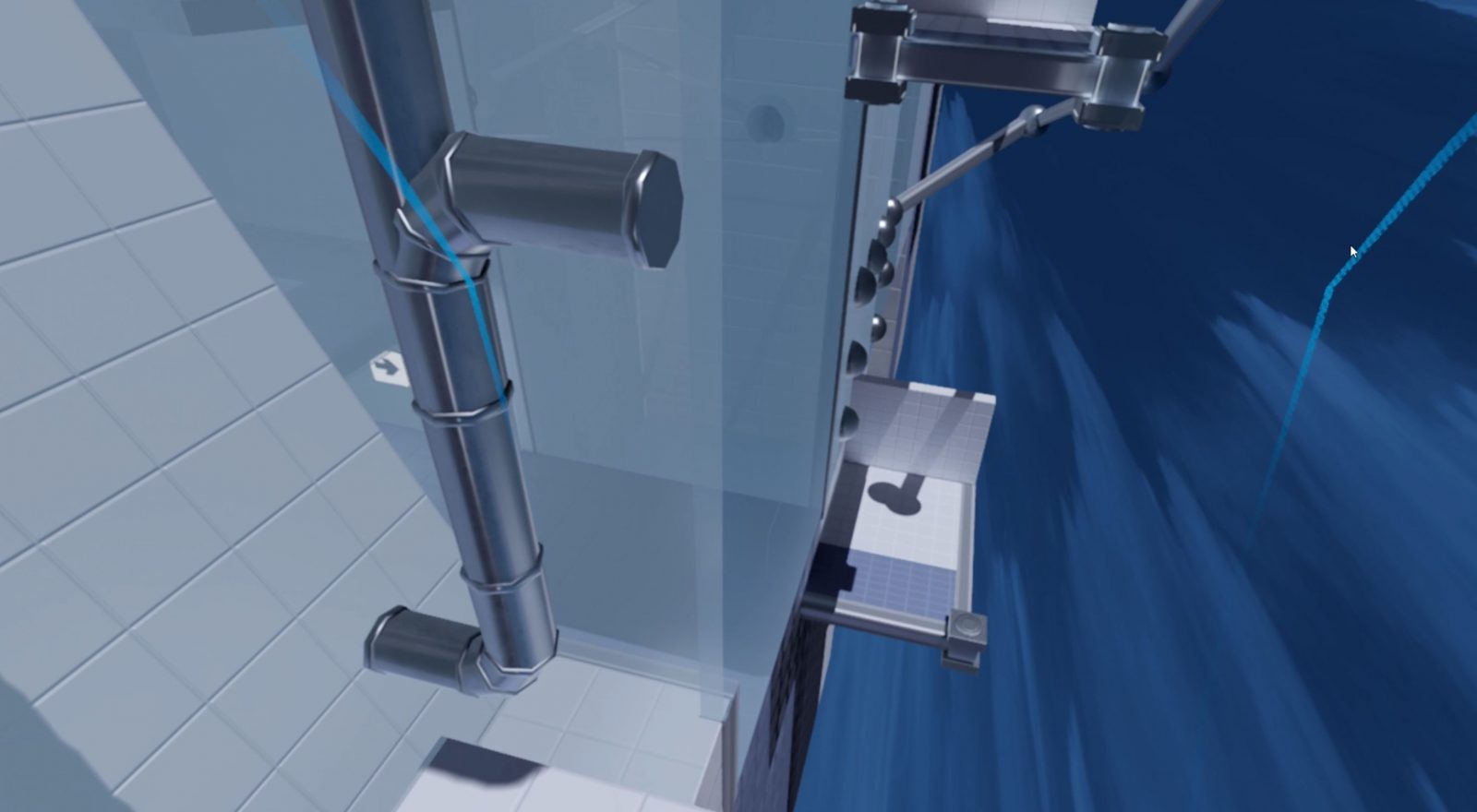 It’s far to easy to cheat these climbing challenges.

The title has really taken a turn in the right direction, and I applaud the developers for really improving the game so it’s significantly more playable. The challenge levels are a great addition, and the new weapons are a ton of fun. Major issues outlined in the previous review have now been fixed, and they’ve gone so far as to relight each level and challenge. The level of dedication Digital Lode as put into this update is astounding, and very much so appreciated.

With a deep interest in writing, Ben followed that into a Journalism degree. As an avid lover for gaming, he is constantly expanding his library with console, PC, and VR games. He's obsessed with stealth games and loves hunting down the smallest of details inserted by devs.
Related Articles: Espire 1: VR Operative, VR
Share
Tweet
Share
Submit