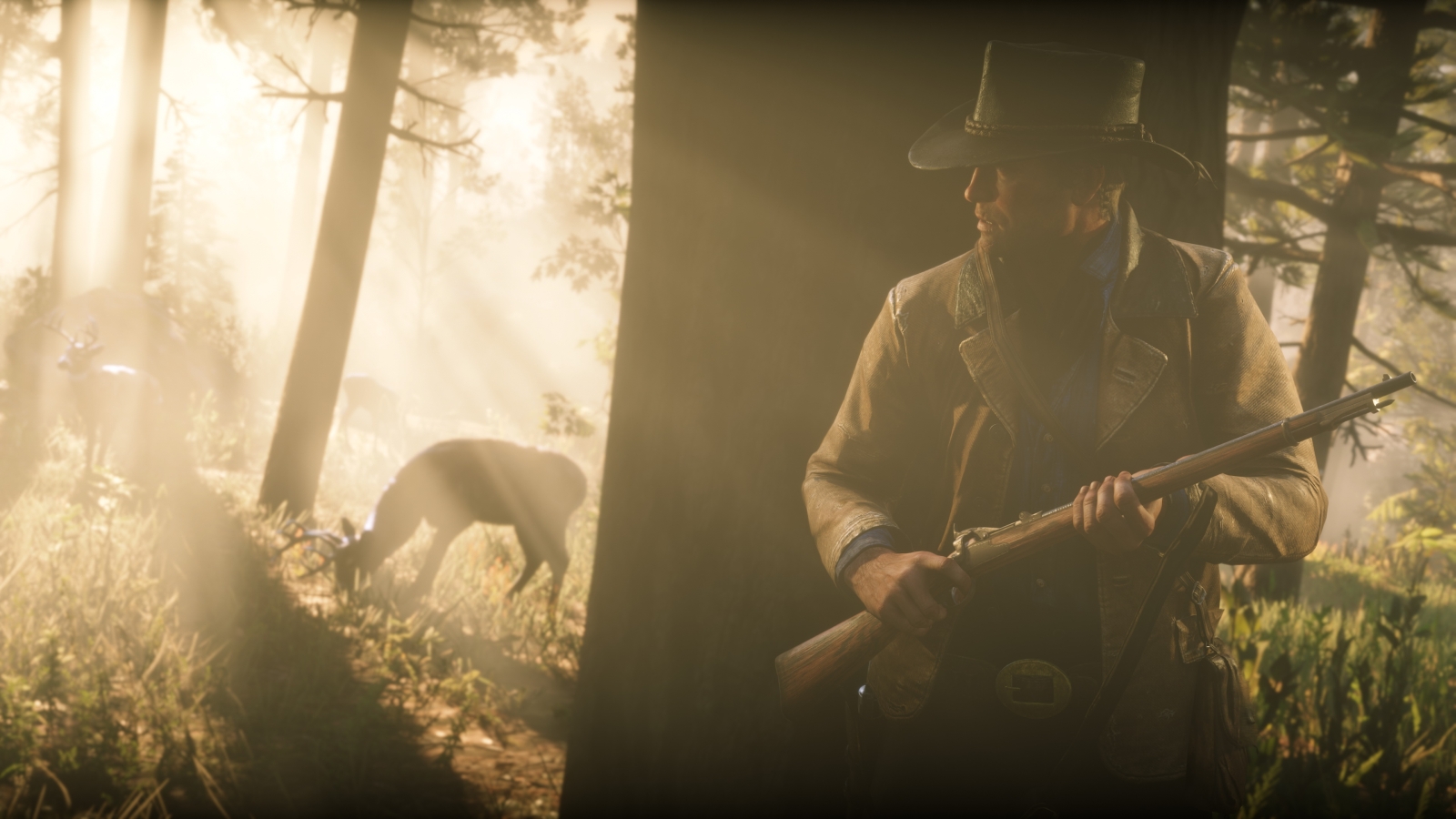 Almost exactly a year after its wildly successful launch on Xbox One (I reviewed it and did plenty of shiny 4K capture on Xbox One X, as you can see here), Red Dead Redemption 2 is finally coming to PC.

As you’ll see in the videos below, we tackled the game at 1080p with Ultra settings, 4K at Ultra, and 4K with a mixture of high and medium in the chase for the elusive 4K/60. Let’s start off with an overview of the available graphics settings.

Under the Video…uh…picture (Red Dead Redemption II uses images from the game as cards to select your basics. Resolution, Refresh Rate, Screen type (e.g. Fullscreen, Windowed, or Windowed Borderless), VSync, Triple Buffering, Pause Game on Focus Loss, and Constrain Mouse Pointer. If you are unfamiliar with the terms, VSync synchronizes each frame with the monitor’s refresh rate to ensure a smooth image with minimal screen tearing. Triple Buffering buffers an additional frame to the CPU instead of just two, giving enough time to correct any screen tearing that can occur at the cost of additional GPU memory.

Whew! Rockstar certainly gave us everything under the hood…but wait, we aren’t done. Underneath the “Advanced” options lies a whole host of additional options including Volumetric Raymarching (which produces billowing plumes of realistic smoke), Parallax Occlusion Mapping Quality (these make the fringes on that leather jacket or the fur on that beasty look amazing), and 21 additional optional tweaks you can adjust to make this game purr on whatever hardware you currently have, or might have in the future.

So, the big question when you see in these videos that you simply cannot run the game at 4K/60 with everything at Ultra on any currently available hardware, what settings are safe to adjust if you still want a 4K/60 experience? After a few tests, I was able to achieve this vaunted goal by dropping MSAA, Reflection, Water, and Volumetrics Quality, down to high or medium. Obviously anything less than a 2080Ti will require additional adjustments, so your mileage may vary.

One of the things you may also note, based on the video above, is that you can run the game with everything set to Ultra, if you are willing to run the game at 1080p. 1440p will only require small adjustments, if you insist on hitting a higher resolution than what might be considered “console standard”. Personally, I prioritize quality over arbitrarily high resolutions.

As you can see in the videos, the game is able to deliver a framerate of roughly 17fps on average at 4K/60 at Ultra settings with no modifications. 1080p at Ultra settings lands between 80 and 90fps on a 2080Ti, which is more than enough to justify the resolution drop in favor of far higher quality.

Now, everything in the Red Dead Redemption II launch isn’t coming up roses — there have been a few launch issues including hiccups with the launcher, stability problems, and glaring graphical hiccups. In the last few days, more than 3 GB of patches have come down the pipe, thankfully resolving the vast majority of these issues by the time you read this. Still, not the smooth story Rockstar wanted, I’m sure.

I’m not here to tell you anything you can’t see for yourself in these YouTube videos, but I will say this instead — these videos aren’t telling you the whole story. YouTube’s compression algorithm is decent, but there are compression artifacts and other image-altering things behind the scenes. What I’m saying is that these videos, as beautiful as they are, don’t show Red Dead Redemption II in all of its glory. But since the game’s protagonist Arthur likes to speak plainly…let’s just spit it out, shall we?

Red Dead Redemption II is the best looking game on any platform, ever.

Ron Burke is the Editor in Chief for Gaming Trend. Currently living in Fort Worth, Texas, Ron is an old-school gamer who enjoys CRPGs, action/adventure, platformers, music games, and has recently gotten into tabletop gaming. Ron is also a fourth degree black belt, with a Master's rank in Matsumura Seito Shōrin-ryū, Moo Duk Kwan Tang Soo Do, Universal Tang Soo Do Alliance, and International Tang Soo Do Federation. He also holds ranks in several other styles in his search to be a well-rounded fighter. Ron has been married to Gaming Trend Editor, Laura Burke, for 21 years. They have three dogs - Pazuzu (Irish Terrier), Atë, and Calliope (both Australian Kelpie/Pit Bull mixes).
Related Articles: Let's Play, Red Dead Redemption 2
Share
Tweet
Share
Submit