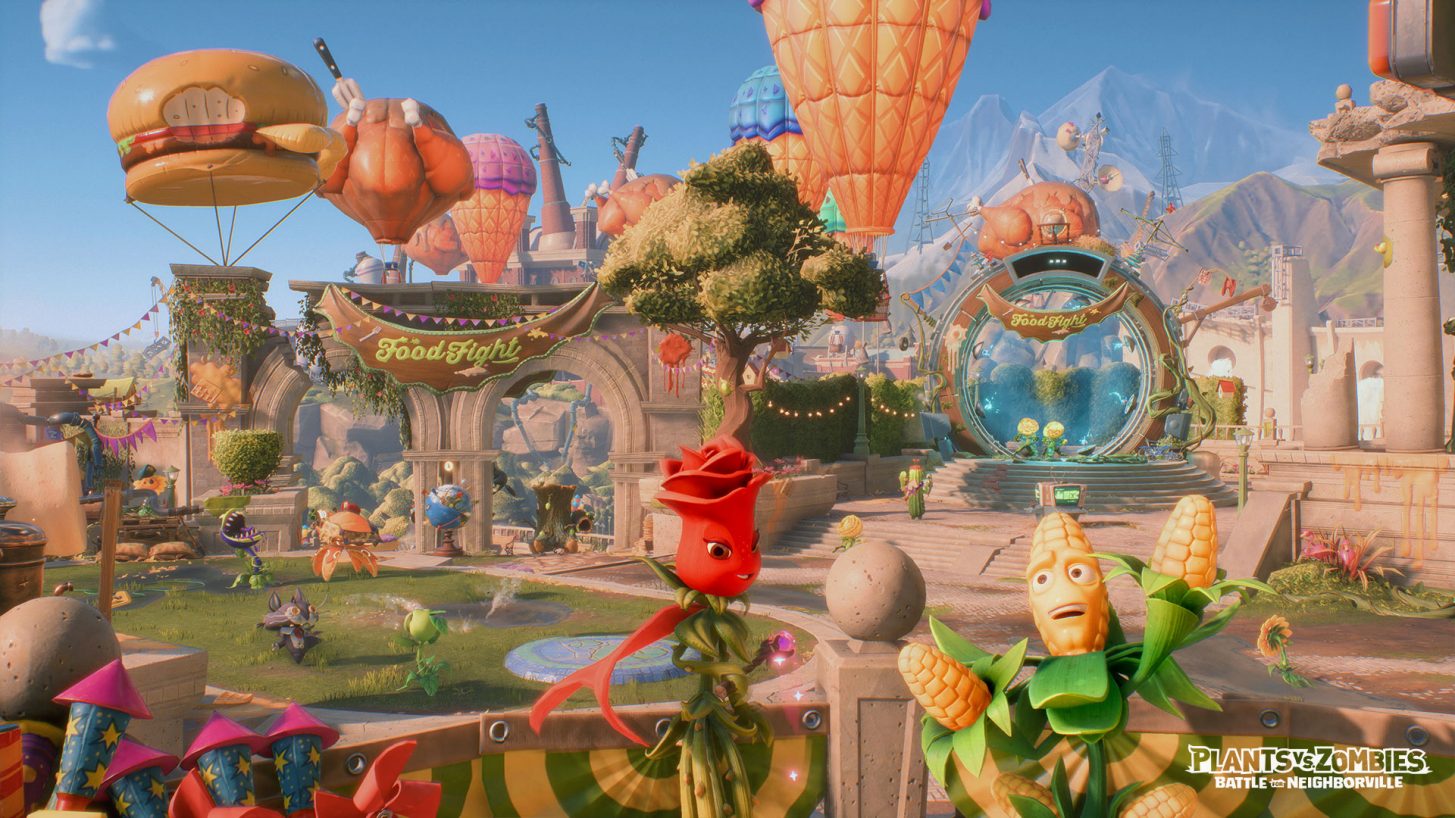 With Thanksgiving and Christmas on the way, there’s no better way to celebrate the holidays than with food. Yesterday, EA announced that it has released the Plants vs. Zombies: Battle for Neighborville Season’s Eatingz Edition, which comes with some pretty cool holiday-themed items. This super sweet DLC comes either bundled with a special digital version of the game or as a standalone purchase for owners of the base game. In addition, there is a new Food Fight festival event for vegetable vigilantes.

But wait, we can’t forget one more thing! The Food Fight Festival event is now live and the Giddy Park social hub has also been fully decked out with food-themed floats. Players can jump into the Food Fight Prize Map to visit Wing-Ding’s tent near the Multiplayer Port to score scrumptious items like emojis, gestures, costumes and more. Players who reach the half-way point on the map can earn the mid-Festival Super Rare Sprinkle costume for the Scientist, while players who complete the festival 100% earn the Legendary Kitty Cap.

Check out T.K.’s review of the game, and stay tuned for more news here on Gaming Trend.