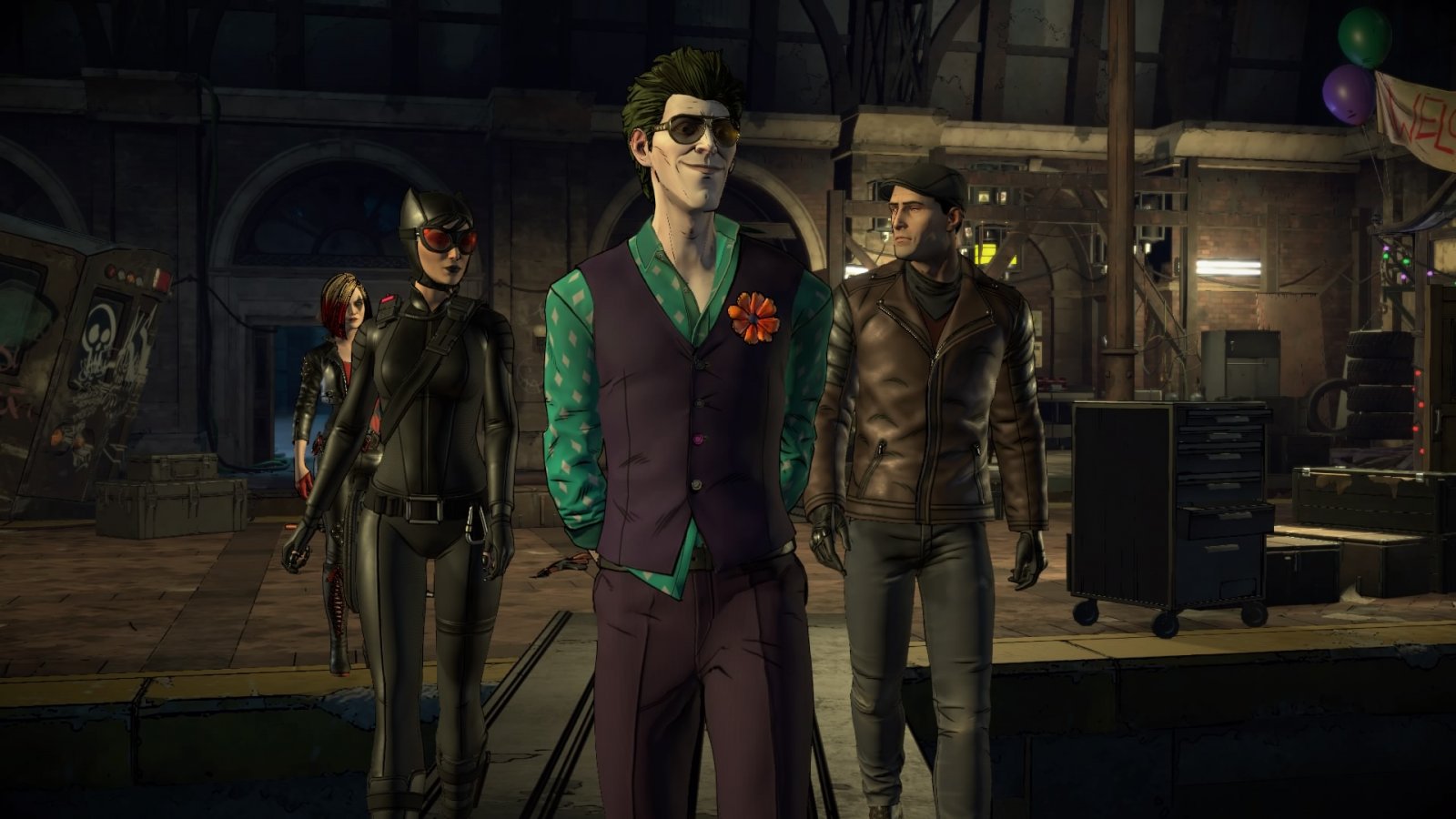 After playing through the first four episodes of Batman: The Enemy Within, one thing has left an impression. One character has me wanting to find out what happens next–John Doe.

Telltale has managed to take a character with almost 80 years of narrative across every medium imaginable and make him feel fresh. Based on where things left off in episode 4, it’s all but certain that John will become the Joker, but he is so well realized as John that you almost wish they wouldn’t go down that familiar route.

His infectious personality and seemingly genuine, albeit deranged and misguided, affection towards those he cares for is enticing. It’s evident that he’s tearing his mind apart struggling between being a true friend to Bruce and controlling his violent impulses.

He’s still destructive, chaotic, and a loose cannon, but you can look past it because it feels like he’s helpless and he redeems himself later on. As Bruce Wayne, there’s a sense of pride in being the one person who can reel him back in, and you find yourself always considering John’s feelings when making decisions.

Even more fascinating is this nagging feeling in the back of your mind telling you it’s all an elaborate ruse, and you’re playing right into his hands. You feel uneasy when making your way through his glowing purple and green carnival of horror. And despite the incriminating situation you find him in, you stick by his side because he’s the most provocative thing going on in the game.

The rest of the cast falls between dull and just plain annoying. Alfred is still whiney and melodramatic, Harley Quinn is less quirky than usual and not very interesting as a result, while Bane has the personality of a boulder. The season started out strong with The Riddler, but after some rather shocking events, the replacement villains fail to carry out a dastardly plot in any way other than contrived and cliché.

Luckily, at the end of episode 4, that arc is finished. Those guys have been apprehended, and we can go into the final episode with a focus on what really matters–John and how his relationship with Bruce will affect things going forward. John is drastically different from any interpretation of The Joker we’ve seen before, and his behavior and actions will ripple throughout Gotham and change everyone around him.