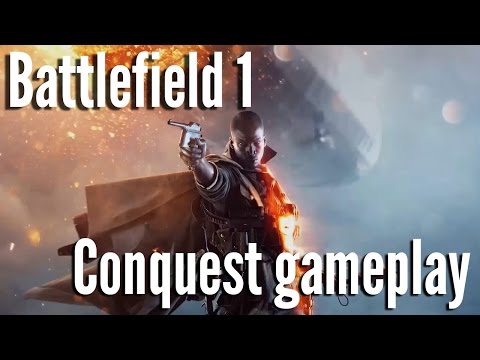 Battlefield 1’s open beta had its fair share of technical issues with a reported DDoS attack crashing its servers on the first day and even more sever issues later on during the beta. Getting into a game was more difficult than scoring backstage passes to a Drake concert, and once I finally got in, I quickly realized that I wished it would just be “over.”

The main draw going into Battlefield 1 was its World War I setting. The modern warfare setting has oversaturated the first-person shooter market, and EA is looking to create something that feels new by going back to the WWI era. I was excited about the prospect of taking up arms in this rarely-visited time period, but after spending a few days parachuting into this early 20th-century Battlefield, my optimism turned to disappointment.

WWI is one of, if not, the most brutal and ingenuitive (as far as combat advancements and tactics) wars in history. The unique weapons, artillery, and vehicles introduced during WWI offers near limitless opportunities for EA to capitalize on creating an engaging experience that deviates from the path set by previous games in the series. Unfortunately, from what I’ve played in the beta, the game doesn’t draw new lines in the sand, but wanders in the desert of its own development wasteland.

The Battlefield 1 open beta featured one map, called Sinai Desert, and two modes--Conquest and Rush. If you’ve played any Battlefield game before, you’ll recognize these modes better than your own reflection. Conquest is a large-scale (64 players) battle where teams contend capturing seven points on the map. Rush is a mode where two teams (12 v 12) take turns attacking and defending various points on the map. It is split into different sections, and as each section of points is successfully attacked and dispatched, a new section opens up for the attackers to pursue. If you’ve been away from the series for a while, like myself, and are coming back to it after a few years, you’d be hard pressed to notice any difference in the overall gameplay.

Either of the modes might have had more staying power if they didn’t share the same map. Sinai Desert is quite possibly one of the most boring maps I’ve ever played in a multiplayer game. If you like sand and rocks, you’ll absolutely love this map because that’s all there is to it. About two-thirds of it is just sand dunes with your only cover being the occasional dried-out bush. Only two of the seven capture points offer a little variety in landscape: F is in a canyon and C is in a desert town, the rest are wide open and barren. A decent sniper, who of course parachuted onto the top of a mountain (because it’s Battlefield), would have a heyday while shooting enemy soldiers like dead fish in a desert barrel.

EA Dice tries to mix things up with weather effects such as a dust storm that swallows the map whole and reduces visibility to just a few feet in front of you, but it’s a novelty that soon loses its appeal. Did you ever played tag when you were a kid? Fun, right? Now try playing blindfolded and see if you’re having fun anymore. The Sinai Desert dust storm is like a blindfold that makes your game a tedious and frustrating chore. Eventually the dust settles and the map becomes clear again only to remind you that there wasn’t much there in the first place.

There are four classes to choose from before you go into battle: Assault, Medic, Support and Scout. Each plays differently, allowing you to pick the style of play you enjoy most. Assault is your run-and-gun class equipped with an M8 trench gun and various anti-tank explosives; the Medic comes with a bolt-action rifle and a variety of medical paraphernalia; the Support has a heavier machine gun for lighting up those dumb enough to get too close and has ammo packs for your friends; finally, the Scout is your sniper, equipped with a long-range scoped rifle and larger caliber ammunition that didn’t seem to make any difference when firing at vehicles.

There are an array of vehicles to choose from when you look to wreak havoc on defenseless foot soldiers: planes, jeeps, armored trucks, light one-manned tanks, multi-seater heavy tanks and even horses are at your disposal. Vehicles have always had a major role in Battlefield games, but here they seem to completely tip the scale into almost unwinnable territory. If you’re up against a team that knows how to utilize a heavy tank effectively, you’re in for a world of hurt. Of the four classes, only the assault class comes with any effective anti-tank weaponry, and the two that are stocked don’t do nearly enough damage to make a difference. Even then, you have to run out into the open to get close enough to throw an anti-tank grenade and, more often than not, you’ll be shredded by tank gunners in the process. On several occasions there were matches where a single heavy tank successfully held a capture point against 8 to 10 opponent soldiers, simply because they lacked the heavy weaponry to counter it.

There was one new vehicle that, thanks to EA’s excellent marketing, I was excited for: the horse. Galloping across the desert on a warbred stallion is exhilarating . . . until you have to use it in combat. These horses don’t come with a built-in steel canopy or armor. You’re extremely vulnerable out in the open, and the rifle you carry while on horseback can only be hip fired, which isn’t very accurate while your valiant steed is navigating the hilly terrain. Forget about closing the distance to cut anyone with your saber, you’ll be gunned down before you can say “charge!”

As far as beta issues go, spawns need some tuning. Too often I’d spawn on a capture point that our team possessed and I would get shot in the back as soon as I landed on the map. Spawns aren’t of great concern during a beta because they will likely be ironed out before the retail release. Besides that, the game has many animation glitches. Only in a Battlefield game can you see a plane take a nosedive and spin like a top on its propeller. These over-the-top moments are what’s appealing about Battlefield games to begin with; most of them are just plain funny and present a feeling that anything can happen.

All in all, this is just more Battlefield, for better or for worse. If you liked Battlefield before and want more of the same, you got it. If you were hoping that the WWI setting would bring something new and refreshing to the series, you’ll be sorely disappointed.

On December 5, 1986, Josh was born into this world pink-faced and squalling. His only thoughts were, "WHAT IS GOING ON? WHO ARE ALL OF THESE PEOPLE? AND WHY THE HELL AM I NAKED?" 19 years later he bought an Xbox 360 and now plays and writes about video games. Life is funny that way.
Related Articles: Battlefield 1
Share
Tweet
Share
Submit