Halo: Reach launched on the Xbox 360 over eight years ago. By most accounts, despite not featuring the most iconic character in the franchise, the game manages to maintain an indelible legacy to this day. As such, its absence from the otherwise comprehensive Master Chief Collection has been strongly felt. Then along with the introduction of Noble Team to Xbox One, the collection (starting only with Halo: Reach) has made its way for the first time to PC.

For Xbox players, this will fit in nicely alongside the rest of the collection and bring with it the nail-biting Firefight cooperative mode. For PC players this prequel serves to set up the remainder of the Halo universe by introducing us to the conflict for which Master Chief has long struggled to solve. 343 will be doling out Halo games for the PC version at a slow drip. (Note: Reach is a free add-on for Game Pass players on console and PC.) 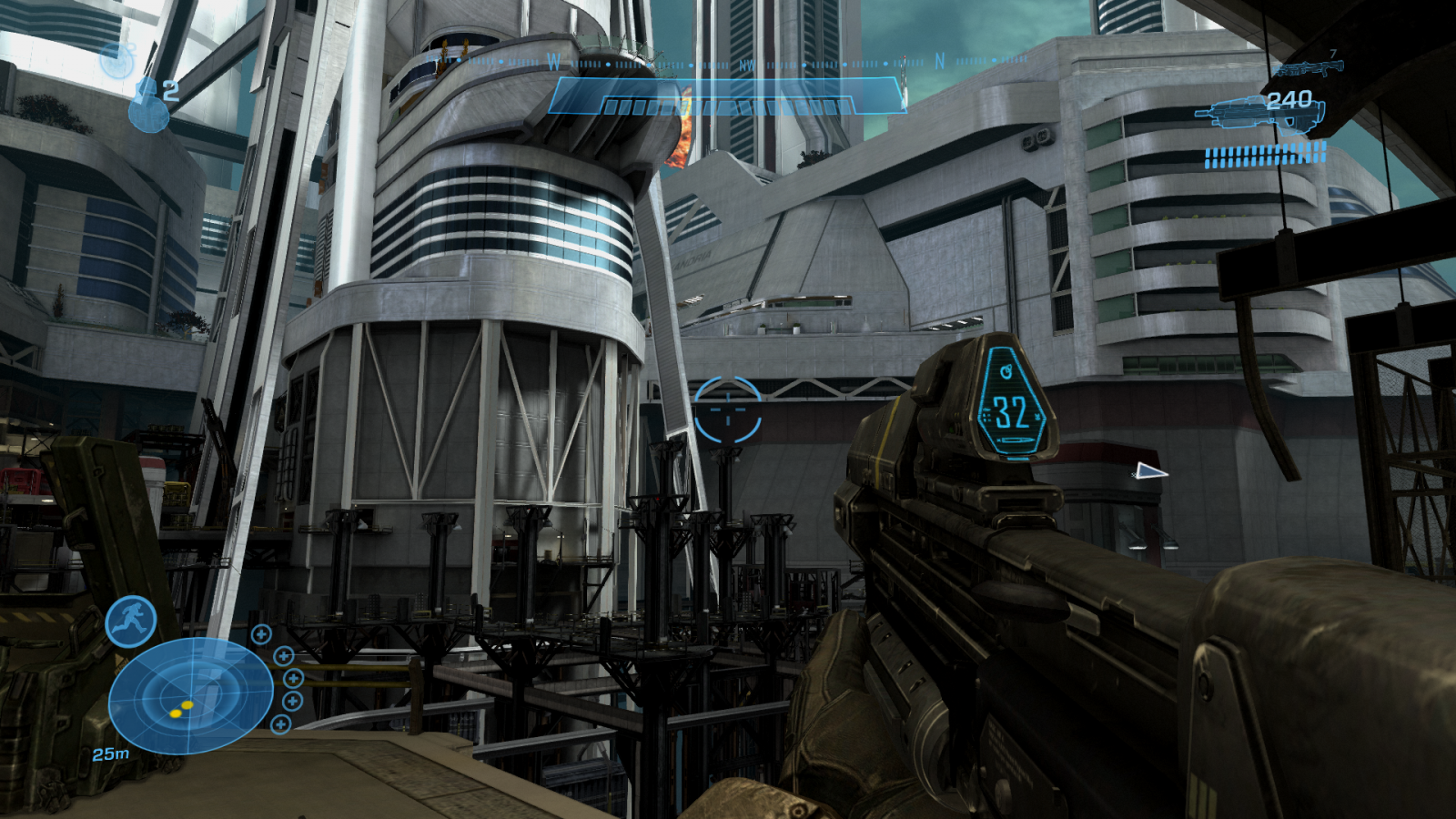 There have been no significant changes, so returning players should more or less be getting the experience they remember, which is a good thing. This port does some work to clean up the visuals, but they have by no means upgraded it on the level of Halo: Combat Evolved or Halo 2. This is a simple port (albeit with bumped up 4K textures). So while this won’t look like a brand new game, Halo: Reach was no slouch to begin with, and the visuals hold up well here.

A staple of the Halo series has always been stunning sci-fi landscapes and sprawling battlefields that make you feel impossibly small yet vital to the war effort. Those distant vistas successfully put you in a truly alien place and are just as powerful now as ever thanks to the impressive art direction only enhanced in this port with the improved textures.

Martin O’Donnell and Michael Salvatori deliver some of the best music in the series between the usual bombast of open conflict to the somber music appropriate to the game’s more tragic narrative. If you’ve played almost any Halo game prior, this might be standard fare, but it is always impressive just how affecting the score is, and Reach’s remains a standout here.

What’s more important to note is that the game has been running flawlessly in my time with it. I have had no significant issues, and the frame rate has been smooth and consistent throughout. It plays exactly like you’d expect it to on either keyboard or controller. Jumping into multiplayer has also been seamless and easy with plenty of options for the long-time Halo multiplayer stalwart. All the options you’d want from Halo multiplayer make a return here with classic Reach maps. Crossplay between PC and Xbox is not available yet, but 343 has said they are looking into it. If that does eventually arrive, it will at least help you flesh out your four-person Firefight teams. For the time being, I have had no issues finding matches, and for Game Pass Ultimate subscribers, both PC and console versions are available for you to mix and match. 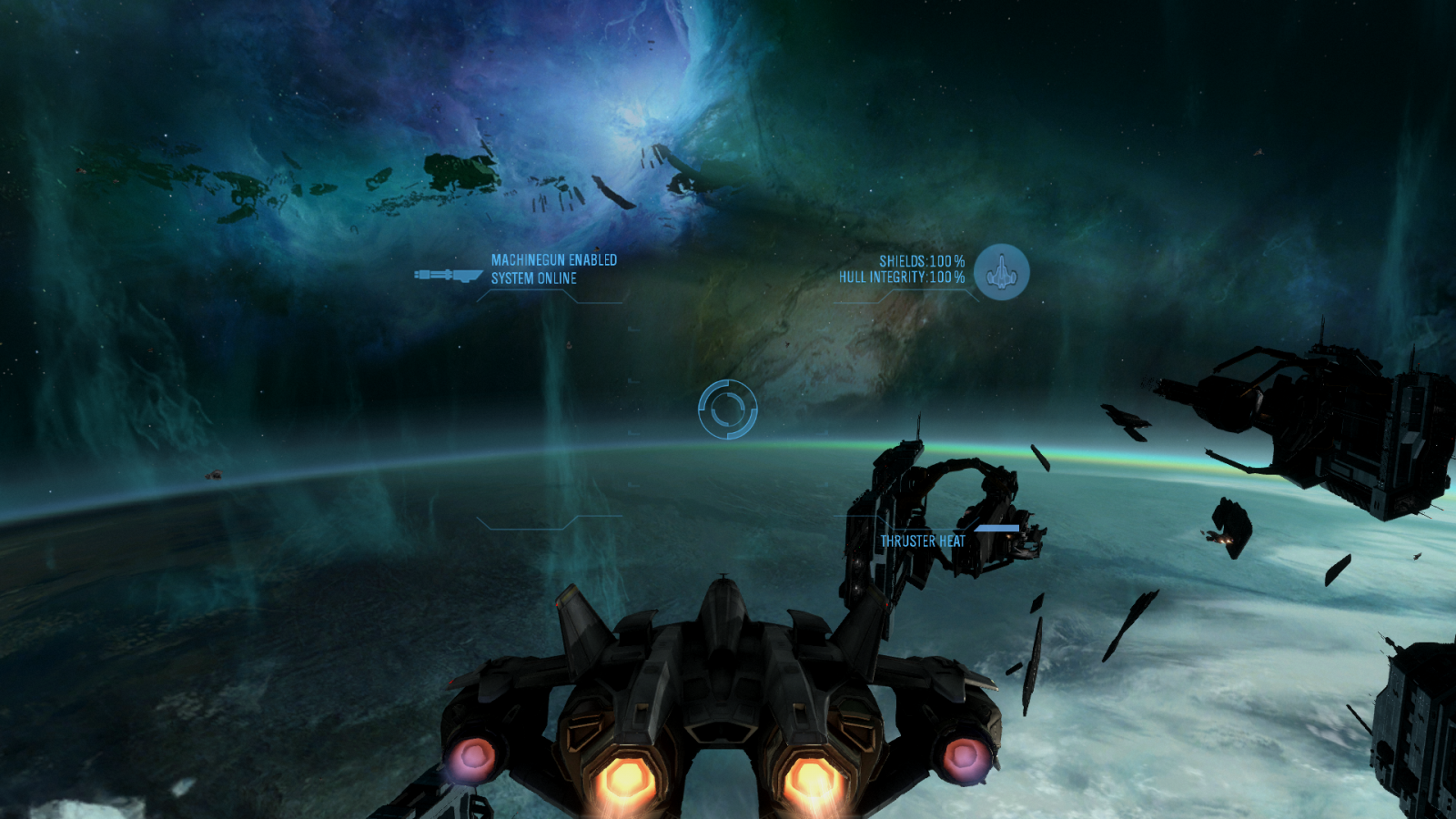 The Master Chief Collection had a notoriously rocky launch (and year, and two years, etc.) with seemingly unending multiplayer headaches, but much like Halo: Reach was a new start for the Halo story, so does this port completely renew my interest in the Master Chief Collection. I’ve had a blast diving back into what may be the most impactful story in the series and remembering why I loved Kat, Jorge, and the rest of Noble Team. I’ve had fun relearning that I’m terrible at Halo multiplayer while I keep coming back to it. I’ve had fun with what should have been a simple knockoff of Gears of War’s Horde Mode but ended up taking on a life of its own in Firefight.

Halo: Reach changed so much of the Halo formula when it removed Master Chief, added a personal touch to the story, and gave us a purely cooperative multiplayer mode, but it proved to be just the thing the series needed. Reach is not a complete revelation, but it is certainly a highlight in this long-running and storied franchise. The release of Reach has been just the thing I was looking for during the slower period after the glut of Holiday releases and before they start up again in the spring. So here—18 years after the original Halo launched—Halo: Reach has me just as excited as ever to don my Spartan armor and finish the fight.

Nathan lives in Colorado catching Pokemon on the Go and at home. He previously spent three months interning for Game Informer before coming back to Gaming Trend to spread the good word on video games. His real passion, though, is collecting different versions of the 3DS and other weird Nintendo garbage. It's a never-ending quest for less space in his house.
Related Articles: Halo: Reach
Share
Tweet
Share
Submit