Xbox Games studios is happy to announce their newest game in the Gears of War franchise, Gears Tactics. Gears Tactics is a fast-paced, turbed based strategy game. This game will launch on PC on April 28, 2020 on the Windows Store and Steam and will available on the same day for those with the Xbox Game Pass.

Gears Tactics is the fast-paced, turn-based strategy game set 12 years before the first Gears of War. Cities on the planet Sera are beginning to fall to the monstrous threat rising from underground – the Locust Horde. With the government in disarray, a squad of survivors emerge as humanity’s last hope. Play as Gabe Diaz, recruiting, equipping and commanding your squads on a desperate mission to hunt down the relentless and powerful leader of the Locust army: Ukkon, the evil mastermind who makes monsters. Against all odds and fighting for survival, outsmart your enemy in uniquely brutal, turn-based tactical combat. Experience the intensity of one of the most-acclaimed video game sagas in an exciting new way. 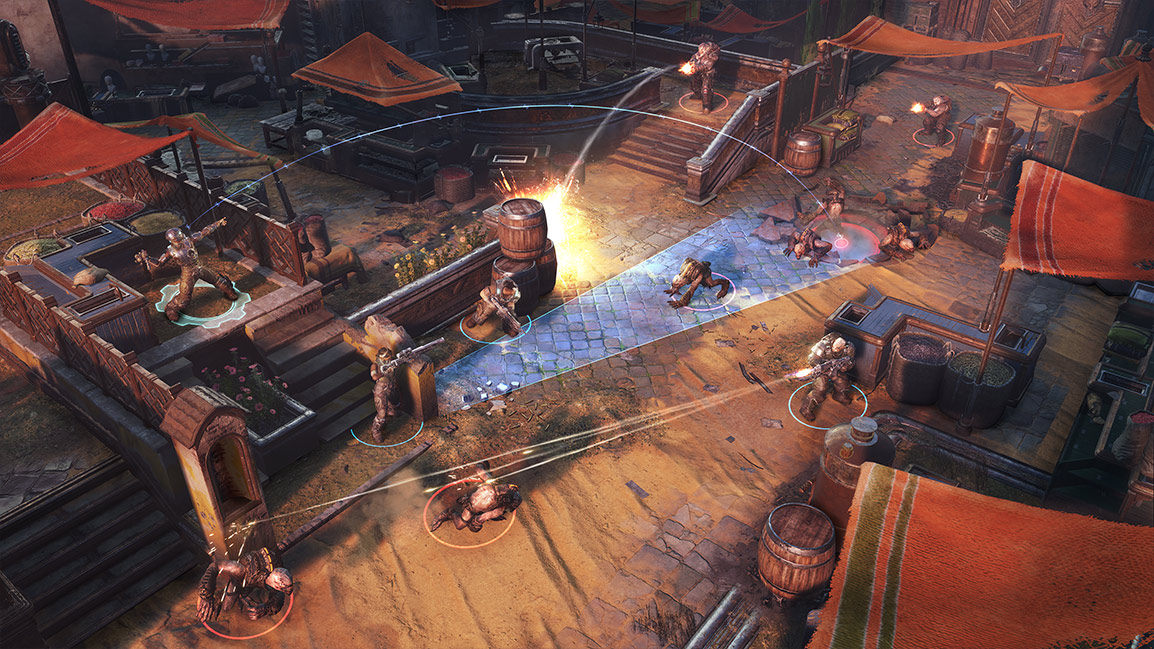 Be on the lookout for this release and stay tuned to Gaming Trend for all your gaming news.