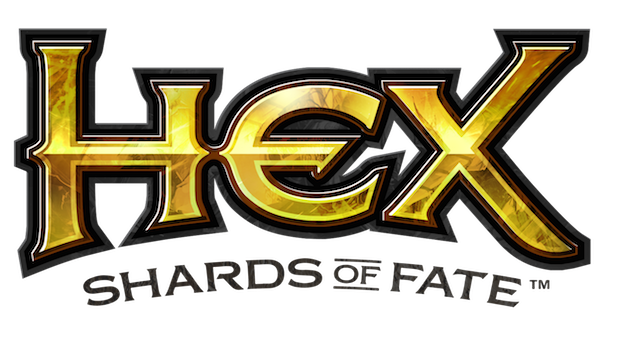 For any game to journey from a fledgling idea to a full-blown product is an arduous task at the best of times, and HEX Entertainment has certainly seen more than their fair share of difficulties since their initial Kickstarter success of Shards of Fate back in June of 2013. Legal entanglements with Wizards of the Coast over comparisons between Magic and HEX brought scrutiny to the project. Technical issues mired the game in delays. Perhaps this was expected of such an ambitious project, the launch of a massively multiplayer trading card game for digital platforms. Perhaps the successful foray into uncharted territory was simply too much to ask.

Luckily, HEX CEO Cory Jones was having none of that.

A seasoned veteran of the TCG universe, Jones knew that the growing popularity of the genre would benefit from the versatility of a digital platform. Creating a traditional TCG is daunting enough. Many more TCGs have tried and failed than have those that have made their way into gamers’ collections. Add in all the working elements that go into a streamlined video game, it’s nothing short of a labor of love that has gotten Jones and company this far. Yet, to say that Jones and his team simply willed Shards of Fate into existence would be understating the dedication and work of him and his staff.

Why a MMOTCG? Why this amalgamation of trading card games and online multiplayer platforms? Jones’ goal of Shards of Fate was to create a completely new TCG experience. The decision to make it digital enabled Jones to introduce features that weren’t possible in traditional card games. Making it online would enable people to come together, globally, to play and compete against each other. It would also enable players to buy, sell, and trade cards to help personalize their own decks. Sure, there was initial skepticism of a MMOTCG, but fans responded with intrigue as evidenced by the $2.5 million raised during one of Kickstarter’s most successful projects.

At its heart, Shards of Fate is much like any other card game. A player’s goal is to reduce their opponent’s health to zero by playing cards that deal damage while also protecting their own health. One of the ways Shards of Fate wanted to distance itself from the norm was through what lead designer Ben Stoll called ownership. Rather than just shuffling through a deck of cards to put together a set, Stoll worked to provide experiences that would allow players greater versatility in what they were creating.

Character creation is the first step in customizing your deck.

This begins through the concept of champions. Champions represent the leaders of your deck. They aren’t represented in card format, but they provide the template by which your deck is created. Champions can be customized by faction, race, and class and that, in turn, determines what cards are available for a deck. As a champion grows in experience, so does the types and amounts of cards available. This adds a sense of role playing to the game. Champions also have access to talent trees, which provide different bonuses to the cards in the deck. Talents are cumulative so some talents can be selected to unlock more powerful ones. Even the champions themselves bring something to the battlefield as each has a special ability that can be used occasionally throughout the game.

Further customization comes from socketing and equipment. Some cards in the game have sockets available to them. When gems are attached to these sockets, the card gains permanent enhancements. Meanwhile, completed objectives will sometimes reward the player with a piece of equipment. Champions can wield this equipment which adds more bonuses to their deck. With all these different customization options, there’s a seemingly endless array of combinations to build deck that suits your playing style.

A solo campaign helps players early by easing them into the game’s features while providing an engaging challenge later.

Stoll, though, was quick to point out that these features aren’t weakened by optimal deck builds. While some cards are obviously more powerful than others, Stoll said there’s no one deck design that will dominate combat. Each race and class has its own unique strengths.

It would be fair to assume that such customization substantially ramped up the game’s difficulty. Stoll notes that the game’s design is built with both experienced players and casual gamers in mind. Jones added that this was meant to be a game that the hardcore fan could immerse themselves in, while still attracting a new crowd to the genre.

In Shards of Fate, experienced players can purchase packs and jump right into player vs player battles, while a campaign mode allows those new to the experience the chance to ease their way in. Stoll said that these early levels gradually introduce game features and tactical elements that won’t be overwhelming from the onset. The result is an engaging single player experience that provides a great challenge the deeper you get into the campaign. In fact, someone could get a lot from this game without ever having to take on a live opponent.  Even deck building has been made easier through the use of a smooth filter option.

Meanwhile, the artists, lead by Tyler James, worked to create a game that was visually appealing. This goes way beyond the card art, which is beautifully rendered in its own right. Artists worked for months adding several different arenas that would reflect the different locations found in the game. The result is forest arenas with leaves drifting in a gentle breeze, and castle arenas with swaying grasses and flickering flames. Attacks are graphically enhanced, while music and battle sounds add to the ambiance. Environment sound, such as a babbling brook, bring life to the experience. The team worked hard to provide more than a stagnant two-dimensional background, and it’s easy to get yourself lost in the game’s atmosphere.

The battle boards breathe life into the game by adding moving, three-dimensional details.

Of course, the game would be a glorified player vs. player arena if the AI was not up to the same level as the design. The importance of that was not lost on HEX engineer Chris Woods. Woods goal was to develop a challenging AI that didn’t peek at decks or use other methods to cheat its way to victory. To do this, Woods helped develop personalities for the combatants you face in the game. Wild animals attack you with reckless abandon while dwarfs approach your position tactically. Some races even value their own kind over others and send other races to battle before risking their own. The goal for Woods was to create an AI that was ever evolving. Woods didn’t want a player to stop and think, “If I always do X, then the AI will always do Y”. Instead, the AI studies tendencies of players and notes probable moves based on what’s being played. The AI then chooses one of three best reactions to the opponent. The result is a sense of accomplishment when you outthink the AI. In one of my preview games, I faced an uphill climb against one opponent. I held a card for the scenario that enabled me to wipe the board clean of all cards, including mine. I attacked with a relatively weak force, thinking that the AI would save his big guns for his counterattack. The AI took damage from my force only to see his wiped on the ensuing turn. Beforehand, I had gotten beat because the AI was ganging up on my larger cards during attacks with its smaller ones just to save its bigger cards to ravage my champion later. It was a series of interactions that really gave you a sense of how much Wood and HEX put into the AI thought process.

Creatures, like the Feralroot Bear, are relentless in their attacks while others prefer a more tactical approach.

With so many moving parts, it’s no wonder that there were bumps on the road. Those that have played the beta may have noted bugs that interrupted game play. The delays were enough that Jones did something nearly unheard of in the Kickstarter world. He offered refunds. Through all these difficulties, Jones’ belief in his team and his game never wavered. Jones credited a lot of these to the fan base, a loyal group that have given the HEX forum a very positive vibe.

This week the game receives a new update, officially called Shards of Fate – Chronicles of Entrath, and loses its beta tag, but Jones notes that the game is far from being complete. Further updates are planned that will add new features such as multiplayer co-op raiding missions and the ability for cards to track their experience from battle.  Regardless, this week’s highly anticipated update is bound to show the fruit of HEX’s hard labor and be the game Jones has always believed it would be from the beginning.