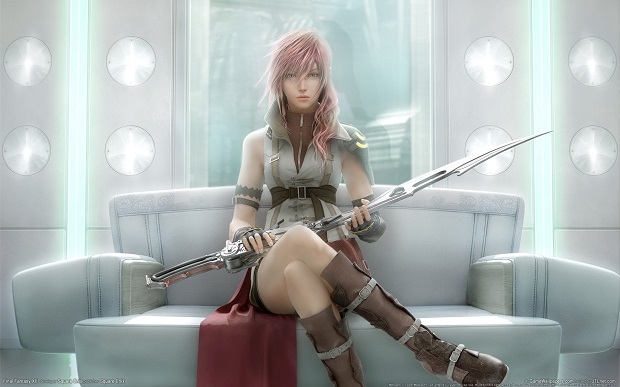 As sad as it may be, Kingdom Hearts III is likely three or four years away from its eventual launch on the PlayStation 4 and Xbox One.

Announced at Sony’s E3 press conference last year, Kingdom Hearts III still doesn’t appear to be too far into development. Director Tetsuya Nomura only recently moved on to the project full time, and the game has apparently switched to Unreal Engine 4 recently after some difficulty during development.

Whatever the case, Sora’s next (and maybe final?) adventure is many years away from us ever getting to play it. As such, what better time than the present is there to pitch some worlds and characters that we think Square-Enix should consider featuring in the Disney and Final Fantasy crossover?

Disney has acquired some pretty interesting properties since Kingdom Hearts II came out in 2006, and has shown a propensity to include them in its games like Disney Infinity. Should Square consider these for inclusion in Kingdom Hearts III? Or should they stick to Disney’s original works?

Here’s what we think should and shouldn’t be in Kingdom Hearts III when it comes to PlayStation 4 and Xbox One.

One of my favorite things about the Kingdom Hearts franchise is how Square alters the stories of the Disney worlds within it in ways that stay consistent with the movies they originate from while throwing in a dash of the series’ own lore. It’s for this reason that I think Sora and company traveling to Frozen’s Arendelle is an absolute must for Kingdom Hearts III.

Other than the fact that the movie is a remarkable success for Disney, Frozen’s story is full of all the right plot points for a Kingdom Hearts world. As co-protagonist Elsa, an ice-powered sorceress, is unmasked as a “witch” and flees her kingdom of Arendelle, heartless would appear, with the population assuming Elsa is responsible. Anyone who’s seen the movie knows about the gutting plot twist that happens near the end of the movie, and with it comes the true source of the Heartless’ appearance in Arendelle.

As for who I think the guest party member within the Frozen world should be, I actually looked toward someone outside of Disney for that.

In my eyes, no one in Frozen short of Elsa herself (who wouldn’t be able to fill the role for plot reasons) fits a combat role. So I think that Arendelle would be the best place for a Final Fantasy character to fill the party member role similar to Final Fantasy X’s Auron in Kingdom Hearts II, and that person needs to be Final Fantasy XIII’s Lightning.

When Frozen first hit theaters last year, Lightning Returns: Final Fantasy XIII was coming out in a few months, so the game was on my mind, and I noticed a ton of parallels between the sister relationships Frozen’s Elsa and Anna and FFXIII’s Lightning and Serah. Given that all three Final Fantasy XIII games revolve around two sisters fighting to reunite with one another, it seems only fitting that that be Lightning’s goal when she inevitably appears in Kingdom Hearts III.

I think it would be really great to see her in Arendelle looking for Serah, and to see her moved when she sees Elsa and Anna reunite at the end of the world’s arc. Later, we’d see Serah in a completely different world, also looking for her sister.

Disney, you’ve got a good thing going with the Kingdom Hearts series, so please don’t ruin it by rudely interjecting:

I know that it’s tempting. Disney has this treasure trove of great characters, worlds, and storylines in the Marvel Universe. It feels like a marriage between Kingdom Hearts and Marvel would waltz beautifully in an enthralling rhythm. In practice, I fear, the combining of these two elements would lead to a clumsy Carlton at best.

The question is why? Why now, after no mention or inkling or even a similar storyline to anything in the Marvel universe would it show up now? Is “Disney owns it” really enough of a reason? Disney also owns the ABC family of networks, but does “Monday Night Football World” and a “Mike Tirico” special party member sound like buckets of fun to you? Outside of hearing Donald Duck do color commentary for a Seattle Seahawks game, which would be awesome, that kind of “world” would be completely out of place and nothing short of product placement.

I feel the same is true with a Marvel based world. It’s not fluid or organic in anyway. It’s a third partner in a dance of two great collaborators, of which the one NOT Disney is full with dense worlds both more fitting and video game ready than anything Disney can boast.

On that point, if we can’t live in a world without a Marvel world in Kingdom Hearts, I solemnly request you also give us:

Kingdom Hearts has used few Final Fantasy based worlds, much less the other amazing worlds and settings from Square Enix’s other titles. If that rule is thrown out for Marvel, it absolutely must be thrown out for Square’s ancillary titles as well, starting with the all-mighty Chrono Trigger.

Chrono Trigger is just wonderful, and one of the things that makes it so wonderful is its rich worldscape. Each chapter brought a special “world” to explore, but one of the very best was the Prehistoric chapter of the story. That time period just happens to match up perfectly with an upcoming Pixar release, named “The Good Dinosaur.” By the time Kingdom Hearts III emerges from the vile eclipse it is hiding betwixt, we’ll be familiar with the upcoming dinosaur movie. It’ll fit perfectly in the game (if it’s good) and it sets up for an interesting Chrono Trigger crossover-crossover.

The story could be set in the world of the “The Good Dinosaur” and have Sora and the party visiting. Amidst the story there, Sora could run into Crono leading his party through the Prehistoric chapter of their story. The worlds of both games would be one, separated by some natural ridge that keeps the disney reality from the Squaresoft reality. Sora would once again be the link between the worlds. A world within a world, chock full of vague symbolism? That’s Kingdom Hearts through and through.

Wacky? Sure. A tad convoluted? Definitely. Hard to understand or piece together with any real semblance of what could be going on? Without a doubt. That said, Chrono Trigger and Kingdom Hearts are two games of generationally great status that could work together amazingly. If there is any straying from the purity of “traditional Disney based worlds only” dynamic in Kingdom Hearts, Chrono Trigger needs to be the first in line.

To be honest, I never thought I’d see a Kingdom Hearts III, and it’s still hard to believe one is actually in production. While there’s been some side-sequels over the years, the last few years have had a few fruitful franchises come Disney’s way. The obvious one for me?

Star Wars. It’s a well-known franchise, and has a few recent franchises (Clone Wars and Rebels) that would look great in the Kingdom Hearts world next to Sora, Donald and Goofy. The kicker is, you get a double whammy with Star Wars: not only would you get a cool world to fight on, like hopefully an in-construction Death Star or Tatooine, but you get AWESOME Gummi Ship levels too! Gummi Star Destroyers flying through space, dogfighting with Gummi TIE Fighters, it’d be perfect. Slap on a Sith Lord and an awesome party member (Ahsoka would be my pick) and you have a fantastic Kingdom Hearts world.

As far as other characters, I’d like to see some characters without enough to make a world around still make an appearance. Twilight Town was always a nice way to tie-in Final Fantasy characters, and Square only knows they’ll toss in Lightning.

My real character tie-in wish? Some awesome summons using newer Square-Enix titles. Can you imagine summoning Lara Croft and going into a bullet-time back-to-back shootout, Lara firing her pistols and Sora blasting away with two keyblades? Awesome. Summoning the Electric Mayhem to play a set, “Can You Picture That” rocking in the background and Animal tossing drums and cymbals everywhere? Fantastic. I’d even love to see KOS-MOS or Adam Jensen show up, even as NPCs. It might be just a crazy fantasy, but Square Enix has some awesome characters and franchises they’re just sitting on that would make awesome cameos.

Allow me to take you back in time to a land where terrible CGI reigned supreme. A time when dipping into the uncanny valley was done not just with human faces, but also with entire landscapes. An enrapturing age when live-action and computer graphics were so terribly integrated that it can only be described as seamfully, which is a word I just made up.

I’m talking, of course, about the magical world of Disney’s Dinosaur.

Wouldn’t watching Sora and the gang, now turned into a mix of poorly rendered lemurs and dinosaurs, running across a full motion video background be a gorgeous sight to behold? Sora, obviously turned into a lemur, Goofy, now a majestic brachiosaurus, and Donald, an iguanodon, can explore the world looking for a lost egg.

Battling off carnotaurs with a keyblade, heartless rising up out of the ground to form a swarm of velociraptors, the level just writes itself guys!

Now, I know what you’re thinking, “This movie’s not memorable enough to be in Kingdom Hearts.” To that I say, how can you forget this classic scene where dinosaurs yell at each other for 60 seconds, and then after a lot of tail-smacking happens. Or what about the heartwarming ending where, umm… All the dinosaurs yelled some more, but this time at the sky.

And while it’s true that half of the characters look exactly the same from more than ten feet away, I think that would add character to the otherwise dynamic and colorful world of Kingdom Hearts. A fresh coat of drab browns piled on top of putrid greens is just what that bright and shiny world needs.

Also, do you remember when the dinosaurs survived the meteor impact? What was up with that?

So what worlds or characters do you want (or not want) to see in Kingdom Hearts III? Are you up for seeing Marvel superheroes and Jedis appear alongside Sora, Donald and Goofy? Or would you rather Square-Enix stick to the Disney and Final Fantasy crossover they started with? Let us know in the comments!