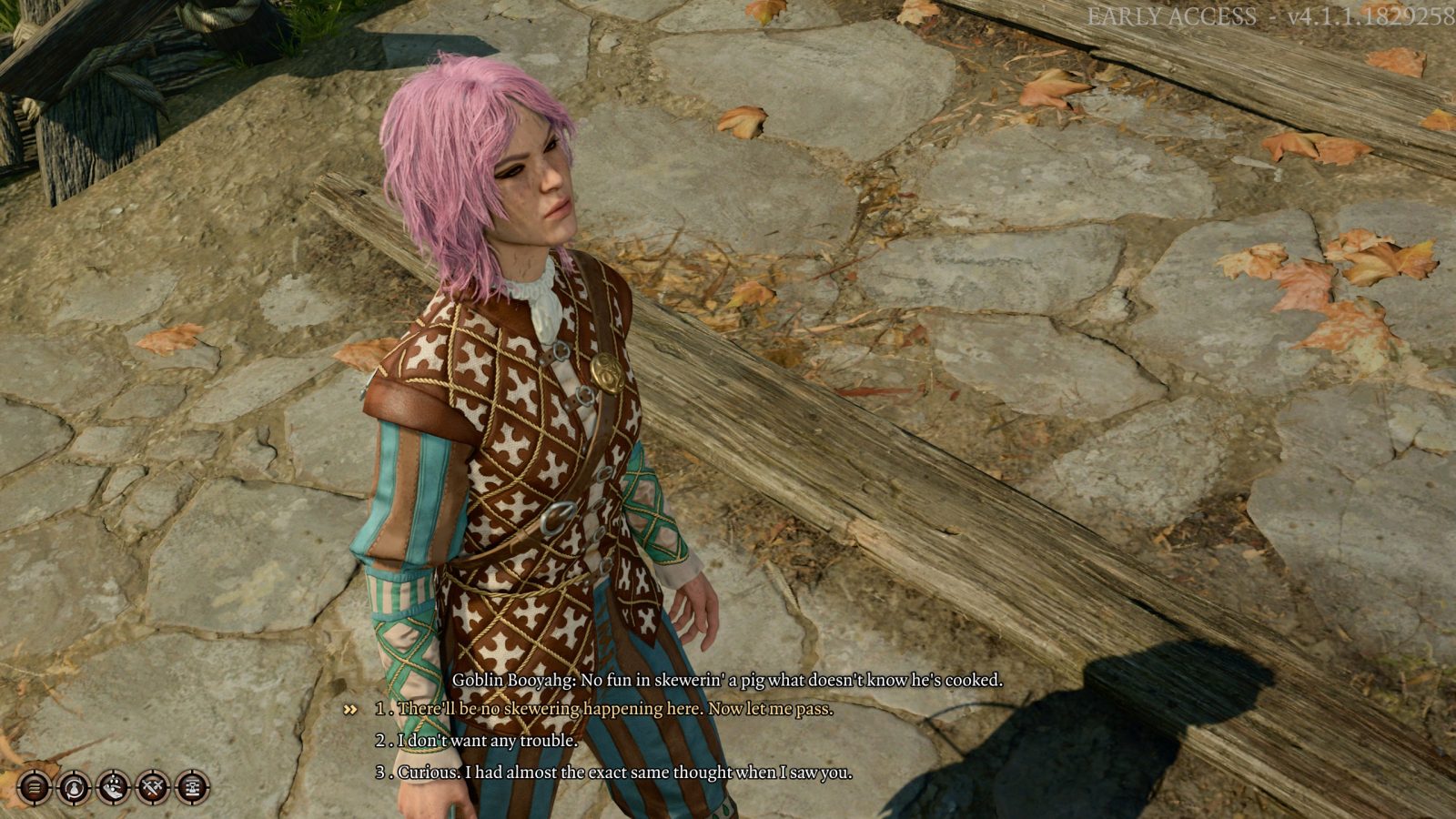 Roleplaying is a key part of Dungeons and Dragons. Depending on your table, you may actually spend much more time simply playing your characters than engaging in combat or dungeon crawling. You slowly grow attached to your character as they grow and maybe reflect parts of you. While I’ve only played D&D a total of three times, I do gravitate towards roleplaying in another way: video games. Roleplaying a character in a game can take your experience to the next level, and I’m here to tell you why you should try it in Baldur’s Gate 3.

I used to play games with a focus on narrative and choices just as myself – I still do sometimes in games like Unavowed, and it’s still very enjoyable. I’ve even surprised myself with some choices I’ve made like the ending of Life is Strange (though ‘playing the character’ there would still have just been me being myself).The most memorable playthroughs, however, are always when I play a character. 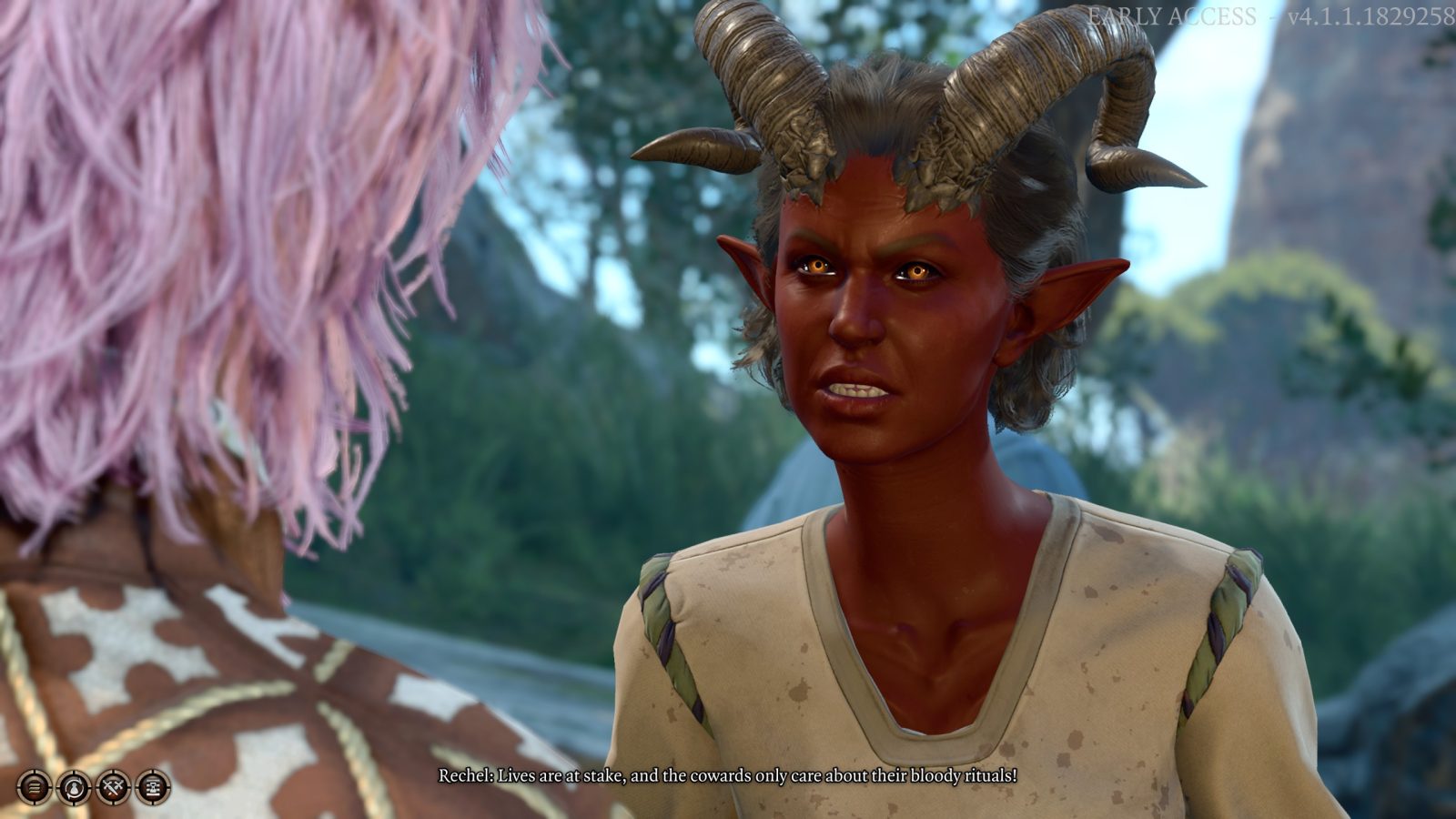 I’ve played Skyrim multiple times, but the best time I had with it was when I played a wood elf vampire who served as the story’s reluctant hero. She was a mage much more interested in studying magic than putting it into practice, and always trying to offload the hero’s journey onto someone else. First was the imperial soldier she escaped Helgen with, then the Jarl of Whiterun, and finally the Greybeards. If you know Skyrim, you obviously know you can’t do that; your character is basically the most important person in the world and everything hinges on you no matter what. Heck, you probably don’t even remember meeting the Greybeards and being officially declared Dragonborn. But for my character, it was a big turning point in her story. The responsibility horrified her at first, but after a while it started to suit her. She grew into the role of the hero in her own way – still a bit selfish and recluse but with a stronger sense of justice and the ability to carry that out for better or worse. Her companions started as tools to avoid battles but became treasured friends and confidants (mostly thanks to mods, but whatever) who always kept her on the right path. Defeating Alduin wasn’t just the end of the main quest, it was the culmination of everything this character had become over the journey; a selfless act to protect the people she had gotten to know and care for.

What I just described isn’t something that’s in the text of Skyrim, far from it. All of that has essentially existed only in my head until I wrote it down just now. You may even think it was a pretty recent playthrough with how vividly I can describe it, but all that happened back in 2013 – almost a decade ago. I don’t even have the save or any screenshots or anything anymore, but it remains one of the best gaming experiences I’ve ever had. All because I put a little imagination into it. Since then I’ve done the same with a ton of games over the years like Mass Effect, Omensight, the Persona series, Xenoblade Chronicles X, Sable, and many more. 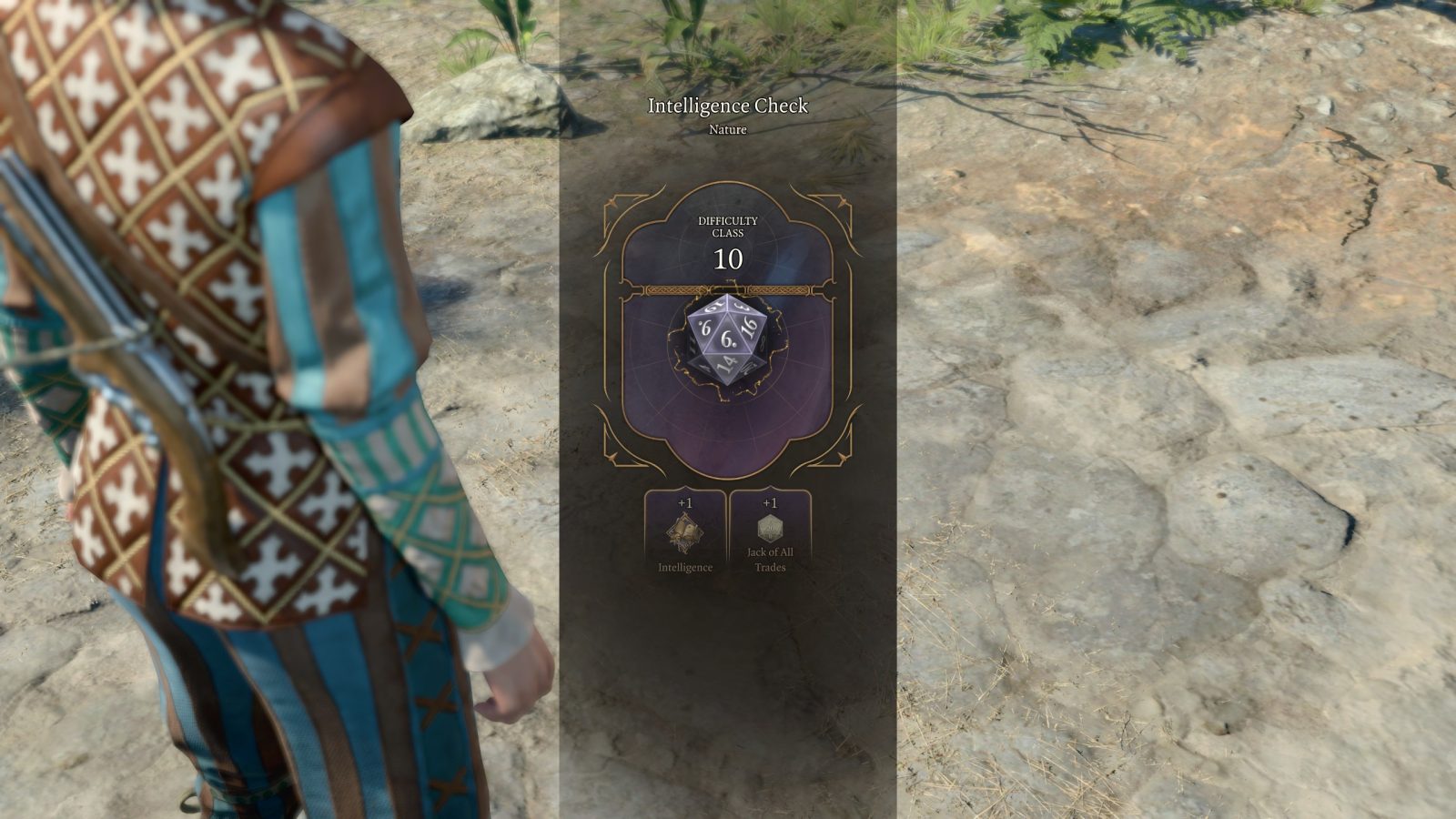 If this is something you want to try with the upcoming Baldur’s Gate 3, it’s the perfect place to dip your toes in. I mean, it’s not based on D&D for nothing. My first and biggest tip is that you don’t have to start out roleplaying, you don’t need to have a fully formed character with pages of backstory. In fact it’s probably better you don’t do that, better to work with the game so you’re not frustrated by a lack of options. You can simply feel out your character as you go, though maybe pick something a bit weird in character creation that you can build off of. Like giving your Rogue a Noble background or putting a few extra points into your Wizard’s strength. It doesn’t matter why, you can figure out the reason as you go.

For this article, I tried out the Bard class since I haven’t played since it was added to early access. I didn’t do anything special in character creation like I described above, but my Tav (because I forgot to rename her) became a very interesting person very quickly. I leaned into the Bard aspect of her character, and eventually came to the conclusion that the only person she wants to sing stories about is herself. She may do the right thing at the moment, but that’s only to serve her fame and fortune. I even surprised myself, because she murdered Lae’zel early on for the sole reason that she didn’t want a “monster” taking up space beside her glorious image. In a normal playthrough you’d NEVER just straight up kill a major party member, because you want to see their story, but these are the kinds of moments that make roleplaying interesting. 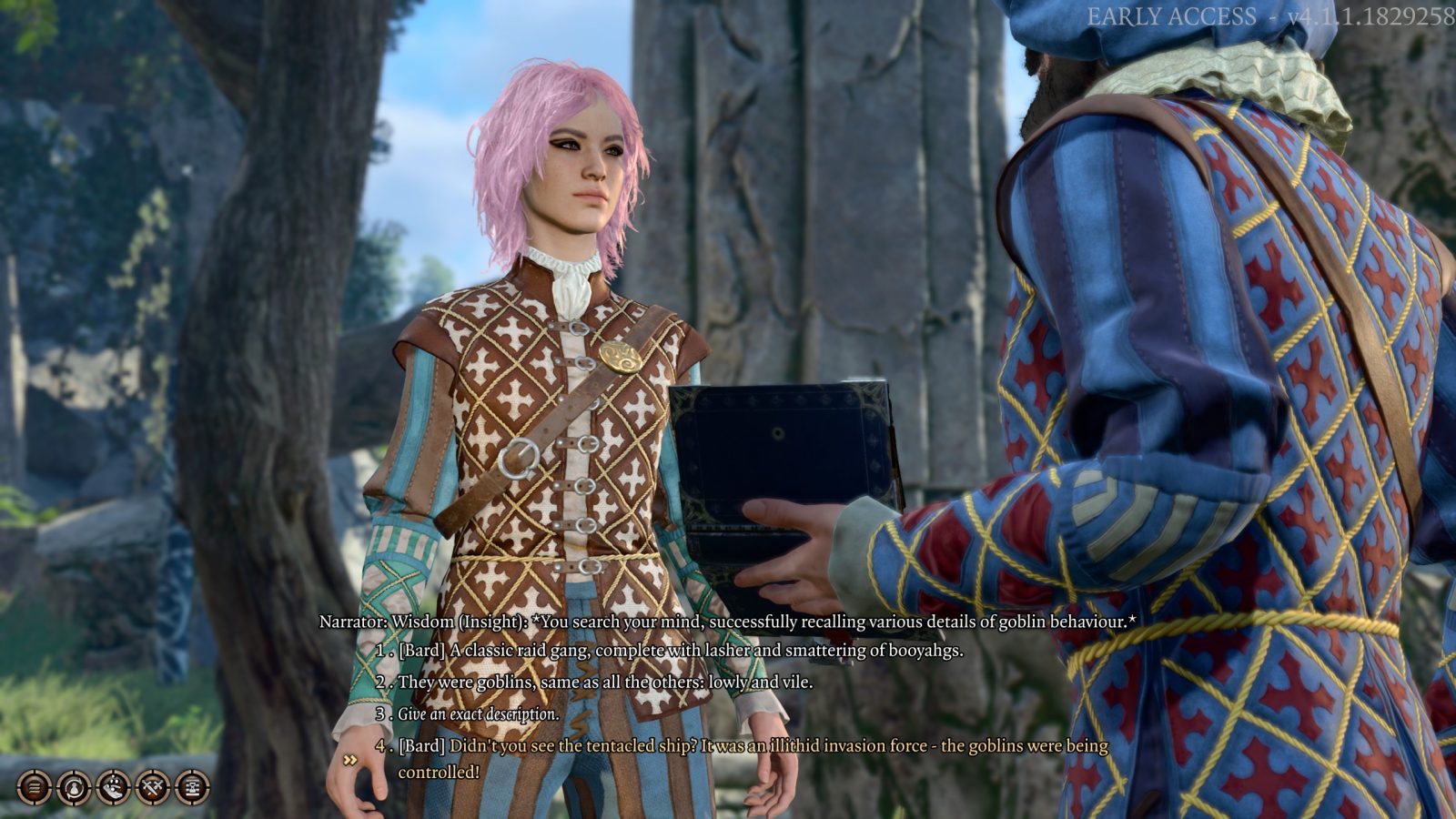 I won’t lie, it’ll be weird at first and you will have to remind yourself to play the character pretty often. Just remember that no one is watching you or judging you, unless that helps. Actually, this might be fun to try with BG3’s multiplayer – create a party of weirdos with your friends and play it just like a D&D campaign. That’s part of why Baldur’s Gate 3 is a great place to try out roleplaying video games, it basically encourages it already and you have a ton of tools to aid you. Especially since only the beginning of the game is available right now, so you’re not set in stone for a full 120 hour game. You might not have custom journal entries like previous BG games, but you can go as far as you want with roleplaying, whether that’s just a little for some spice or becoming so invested in your character that you commission art.

I’d highly recommend you give roleplaying in video games a shot, especially with BG3. Heck, it might even make you want to go back to older games for another run, where you make choices you wouldn’t normally. Just remember that your primary goal is to have fun, if you don’t like a character you’re playing you don’t have to keep playing them. This is just a method of play I find very interesting and isn’t talked about very much.

Baldur’s Gate 3 releases August 2023, you can check out the rest of our BG3 coverage here. For more on Baldur’s Gate and all things gaming, stay tuned to Gaming Trend.

David is the kind of person to wear his heart on his sleeve. He can find positives in anything, like this is a person who loved Star Fox Zero to death. You’ll see him playing all kinds of games: AAAs, Indies, game jam games, games of all genres, and writing about them! Here. On this website. When not writing or playing games, you can find David making music, games, or enjoying a good book. David’s favorite games include NieR: Automata, Mother 3, and Gravity Rush.
Related Articles: Baldur's Gate 3
Share
Tweet
Share
Submit