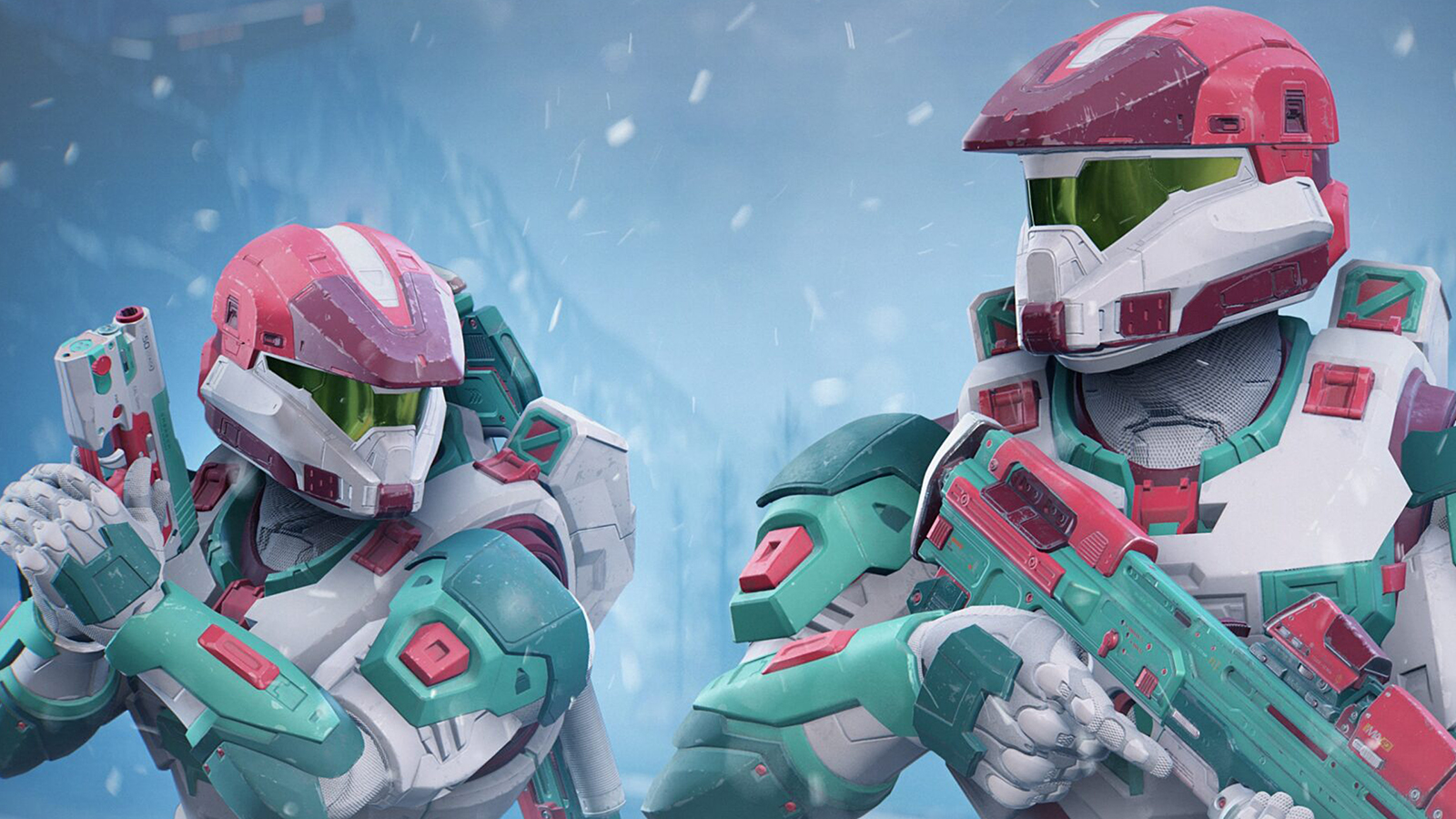 Halo Infinite has already had two events: Fracture: Tenrai, which continues Tuesday, January 4, and Winter Contingency. After the shockingly poor execution of Fracture: Tenrai, fans wanted to see improvements during the Christmas event. Here’s what 343 got right and wrong with their latest holiday event.

What 343 got right: Colorful Christmas-themed skins

Christmas is supposed to be festive. 343 nailed it with armor and weapon skins that brought out the signature Christmas red and green. I smiled when I saw multiple people wearing the skins on either team during matches. It was an easy way to bring people into the excitement and you earned the full armor very early in the event pass making it easy for people to jump in and spread cheer.

The armor and weapon skins were nice touches. Earning Christmas-themed nameplates and backgrounds were great additions also. But we didn’t need charcoal-colored shoulder pads or a charcoal-colored armor pouch. Those were tantamount to getting coal. Where was the skin for the Battle Rifle? Sure, it’s not as used as the M5AB but it’s certainly an iconic gun. How about a skin for the Warthog? It’s been difficult queueing for Big Team Battle, but Behemoth is still a common map that has a Warthog. It would have been awesome to see a Christmas skinned Warthog rolling around. There are so many more skins they could have created. It’s disappointing they settled for boring ones.

Since Christmas is about giving, it was nice of them to make earning the Christmas-themed goodies so easy, especially compared to Fracture: Tenrai. All you had to do was show up. Playing one game of Quick Play or Big Team Battle gave you one item from the event pass per day. Other than earning something just for booting up the game, it couldn’t have been any easier. 343 is trying to encourage playing and that’s what we’re here to do. Glad we got something out of it and we didn’t have to work hard to get it.

Where 343 went wrong: You only earned one item per day

This ties into the lack of content, but it would have been nice if you could earn more items. After receiving my initial gift, it was business as usual; focusing on weekly challenges and grinding ranked play. The sense of Christmas joy was fleeting. Destiny 2’s Dawning event lets you play the regular content as usual but you’re constantly earning something that you can use to “bake” recipes. The mechanisms of Destiny are different from Halo, obviously, but the point remains, it would have been nice to earn something else that kept the Christmas cheer alive after earning the daily item.

What 343 got right: Kept the event short

Winter Contingency lasted from December 21 to January 3. That’s essentially 12 days of Christmas, plus one. The format created urgency. If you cared about the items, you didn’t want to miss out. Personally, it made it more difficult to earn everything after I left for vacation without my Xbox, but it was just long enough that I earned everything that I wanted. The Overwatch and Destiny 2 events tend to go on for a long time and become exhausting after repeating the same tasks. It’s nice to have a quick event. It just needed more punch.

Where 343 went wrong: Could have made Winter Contingency more festive

I’ll give Overwatch credit for this: when an event is happening, it takes over. You’re constantly reminded that something is happening, and Winter Contingency needed more of that. For example, instead of showing us what we were getting in the event pass, make each item like a present that we unwrap. Imagine if Behemoth were full of snow instead of sand with decorations on each base. And it’d be cool to see Bazaar and Launch Site decked out with lights and ornaments. All of that takes time and other design considerations, of course, so I wouldn’t expect everything to change, but a few map changes and other subtle details would have made the event livelier.

Halo Infinite is still very fresh, so the fact 343 did anything before going on vacation is certainly appreciated. The team has a lot to work on in terms of latency issues, balance, and the overall problem with the battle pass, but as these issues are resolved, hopefully next year, we can get a really cool Christmas themed event.