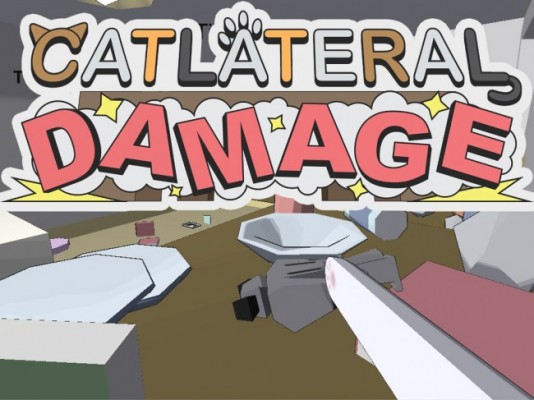 Returning from PAX East 2015, I was completely exhausted. It was an awesome experience, and I learned a lot about tons of different video games and even some nifty technology.  I know you want to know which of these upcoming titles you should be keeping an eye on, so without further ado, here are the top 5 games I saw at PAX.

I came into PAX East not knowing much about Gigantic, and walked away both impressed and wanting to see more. Gigantic is a sort of MOBA/Shooter hybrid that excels at keeping the player invested in the action. The variety of characters was impressive, and the moment to moment gameplay may make it my new game of choice upon it’s release. I did have some concerns about what seemed like a small lack of depth (there is no item store for instance), but even so there are a ton of great ideas on display here. Towers are replaced with monsters you summon, there are big guardians you have to defeat to win the game, and each Hero has it’s own unique mechanics to master that allow for gamers of different capabilities and backgrounds to excel. I love Gigantic, and it’s a game you should have your eyes on.

Checking out this game, from developer Drinkbox (the guys who put together Guacamelee), was the last appointment on my docket on the final day of PAX East. I certainly ended East with a bang getting to see a game very close to being my best of show. The story looks interesting enough and the style of the graphics is nice, but what really blew me away about Severed was the gameplay. The demo I played had a masterfully designed difficulty curve as I got used to the mechanics, and it really put on display how a touchscreen is supposed to be used for gameplay. Severed is a first-person dungeon crawler/sword combat game where you swipe at the screen to slash at enemies. There are plenty of different enemy types that require different strategies to defeat, quickly making managing them all at once a difficult but not unfair task. Severed is the type of game that really shows just how underappreciated a platform the Vita is.

This specific game was actually one I had to skip on initially, but luckily I was able to stop by the booth on the final day of PAX East and I’m really happy I did. Renowned Explorers is inspired by the likes of FTL and XCOM. You explore an overworld map and experience randomized encounters as you do so, combat drops you down into your standard turn-based RPG. This game quickly won me over as I had to stop playing just to avoid becoming too addicted to progressing. I loved how expressive the characters were as things happened around me, and the charming art was the direct cause of it. I was invested in the characters even though they never spoke, and overall was happy to guide them along their adventure. I want to play more now that I don’t have to be afraid to binge it into the long hours of the night!

If you told me one of my favorite games of the conference when I went in was going to be a little game with a simple objective where you play as a house cat, I wouldn’t believe you. But here I am, praising a game where you play in first person as a cat, and your only objective is to knock stuff onto the floor to annoy those human owners of yours. It’s really simple, but the charming art style and the addicting gameplay drew me in like catnip. Like I said, it’s really simple, but if you want a little game that you can’t help but smile at… than here it is. Games like Catlateral Damage are why I love indies, and I can’t wait until the full release where I’ll have more houses to ruin.

I really want to put this one higher on the list, but I can’t because I just didn’t get a ton of hands-on time with it. Toren is a coming-of-age story of a young girl from a Brazillian developer called Swordtales. I didn’t get to see the combat, but I did get to see the gorgeous unique art style and the whole concept of this little girl growing throughout the adventure immediately drew me in. I even got a nice little set of tarot cards to set the mood and tell me a bit more about the lore of the game, and I really can’t wait to get some time to spend on it. I just wish I had more to tell you about it! I want to play!

My name is Niko, I'm currently 20 years old. I spend most of my time on my computer gaming as I got hooked on videos games from a young age. While my first experience with video games was with the Gameboy Color, I first got seriously into games while using the original Dreamcast and the PlayStation 1. I played many games back then, but the highlights were definitely Pitfall 3D, Pokemon Blue, Rayman 2, and Ecco the Dolphin Defender of the Future. All games that I spent many many hours on and filled the long hours where I stayed at home mostly by myself thanks to living in unsavory neighborhoods. From then on, I pursued a lot of video game consoles. I was particularly enthralled with the Super Nintendo and Nintendo 64. As I grew up further, my tastes shifted and I tried more and more games, especially after I got a PC. My first experience with a PC RPG was Star Wars Knights of the Old Republic, and it was really the game that made games an integral part of my life. I played video games a lot back then, but ever since playing KOTOR I've been a lot more opinionated and interested in games. I even entertained the idea of wanting to be a developer at multiple points, but I just didn't have the skillset. Still, KOTOR ignited my interest in video games as a way of telling stories. I loved the ways video games could tell such large and complex stories, combining the best parts of every other medium of entertainment with the unique pieces of what video games themselves offered. Now, my favorite genre is definitely RPG's. With my primary interest being the story driven ones. Though, I still enjoy my occasional shooter and action titles I enjoy mostly great cinematic titles with good stories. Though I also enjoy the Stealth, Strategy, and Action-Adventure genres quite a bit. I also think that the PC is a wildly superior platform to any console, due to the wide variety of options. Whether it be in graphics, mods, or the selection of games themselves.
Related Articles: Catlateral Damage, Gigantic, PAX, Renowned Explorers, Severed, Toren
Share
Tweet
Share
Submit