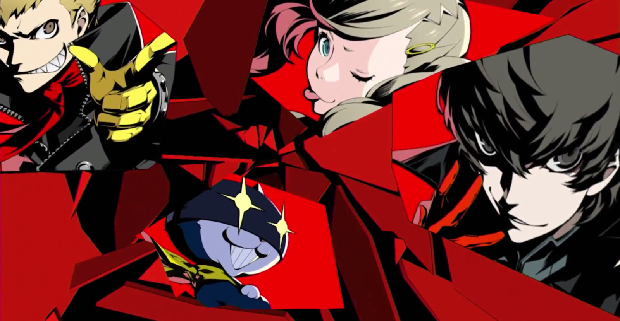 Since I woke up this morning, I must have watched the new footage of Persona 5 a dozen times already.

We knew it was likely coming during Atlus’ 30-hour long Persona livestream, and as a huge Persona fan, I am really excited to see this trailer hint at a return to a dark tone that I feel like the series has lost a bit of over the past few years.

Since the release of Persona 4 proper on the PS2 in 2008, much of the series’ time has been spent on self-referential spin-offs and fanservice-filled remakes and anime adaptations.

As a person who gladly owns each and every one of these spin-offs, and has every intention of continuing to buy ones that are still slated for release, I can’t help but feel like the series doesn’t have the same mature and dark tone that grabbed me in the first place.

Stylish, sexy, and with an altogether separate tone from its predecessors, Persona 5 looks like a pretty big departure from the upbeat nature of the series’ latest spin-offs.

This is most easily seen in the difference between the intro of Persona 4 and its Vita remake Persona 4 Golden. The original game’s intro cinematic showcased the game’s cast in silhouettes to the backdrop of music that was poppy but still edgy enough to be consistent with the game’s heavy subject matter. Conversely, Golden gives each of the game’s party members an intro as if it was a sitcom featuring characters the player was already expected to know, and gave the game’s murder mystery a strange spotlight that seemed at odds with the “mystery” part of that set up, all with an upbeat and cheery song in the background.

This same sense of self-awareness is seen in the series latest spin-offs Persona Q: Shadow of the Labyrinth and the Persona 4 Arena fighting games. While both are great standalone games, they both are full of references, inside jokes, and enough fanservice to make it feel like they’re breaking the fourth wall.

Games like Persona Q and Arena were certainly great, and a lot of fun to see as a Persona fan, but they lacked the same dark tone and thematic weight of the games that spawned them.

As a Persona fan, these moments where the casts of Persona 3 and 4 were practically winking at me through my screen as I played through them were delightful, but still indicative of where the series is. There’s even a rhythm game in the works that has the cast of Persona 4 dancing to the game’s (admittedly incredible) music in order to combat the same threat they do in Persona 4 proper.

As much as I’ve enjoyed every spin-off and fanservice-filled moment of each of these games, I think I’m ready to get back to a place where I feel like Persona is telling a new story that can thrive on its own, and not due to my pre-established love for the characters within it, and the fact that Persona 5 seems to be a return to the bleak nature the Persona series used to have as part of the Shin Megami Tensei series it spun-off from has me very excited about the story that the game will tell.

Persona 5 will likely still carry the endearing quirks the series is known for (I mean, there’s a cat as a party member), but as the game distances itself from the past, hopefully Persona 5 will be the first truly great story to come from the franchise since Persona 4.

As Persona has been so focused on spotlighting the characters it established seven years ago, it really hasn’t been since Persona 4 proper that the series has told a story with the same thematic weight, or the tone to match something so heavy.

We already know that Persona 5 will focus on the idea of challenging societal expectations, and as simple as that might sound, Persona 4 and Persona 3’s means of exploring the concept of accepting oneself and confronting the idea of your own death respectively were anything but straightforward.

It seems like a hard sever from the rest of the franchise is what will help Persona 5 tell a compelling story alongside having a compelling cast, something that Persona Q and Arena fell slightly short of. Persona 5’s ability to get away from what has made the series so popular over the past few years is going to be the deciding factor of whether or not it will stand with its mainline predecessors as a game with a powerful message that encapsulates every aspect of its characters and story.